It's a Boy! Birth of Sumatran Rhino Calf a Collaborative Conservation Success 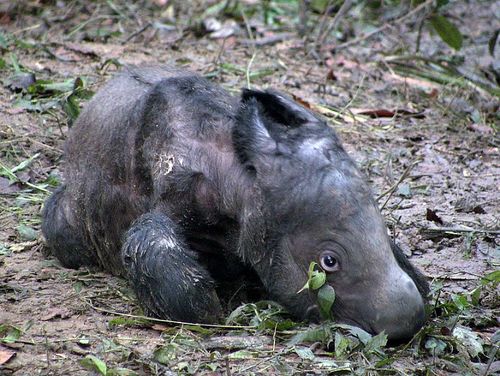 The International Rhino Foundation (IRF) and the Cincinnati Zoo & Botanical Garden are pleased to announce the birth of a bouncing baby boy Sumatran rhino! The calf was born to mother, “Ratu”, a 12-year-old Sumatran rhino living at the Sumatran Rhino Sanctuary in Indonesia’s Way Kambas National Park and father, “Andalas,” born at the Cincinnati Zoo in 2001 and the first Sumatran Rhino calf born in captivity in 112 years.  In 2007 he was sent to the Sumatran Rhino Sanctuary with hopes that he would eventually sire calves with one or more of the females at the Sanctuary.

The baby was born on June 23 and weighs 60-70 pounds. He was attended by Sumatran Rhino Sanctuary veterinarians, Ratu’s keepers and advisors from the Cincinnati Zoo and Taronga Conservation Society Australia. Ratu gave birth after two hours of second-stage labor and several days of restlessness. The calf stood about an hour after birth and began nursing almost immediately. Ratu is a very good mother and the baby is healthy and active.

“To say that we are thrilled is an understatement,” said Dr. Terri Roth, Vice President of Conservation and Science and Director of the Cincinnati Zoo’s Lindner Center for Conservation and Research of Endangered Wildlife (CREW). “When we celebrated the monumental birth of Andalas at the Cincinnati Zoo in 2001, we never imagined he would play such a pivotal role in the survival of his species.  This international collaboration is conservation work at its finest.” Dr. Roth has been working in SE Asia for over a decade. 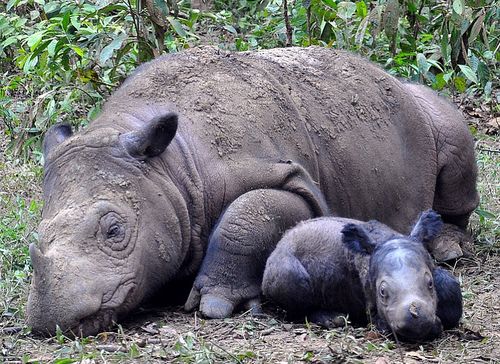 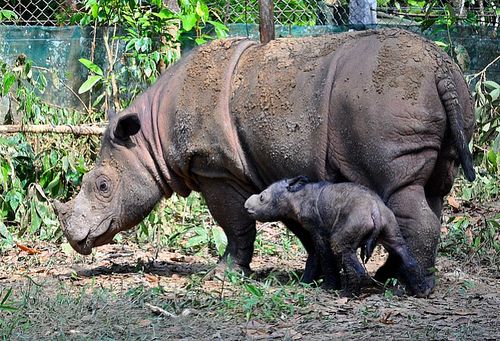 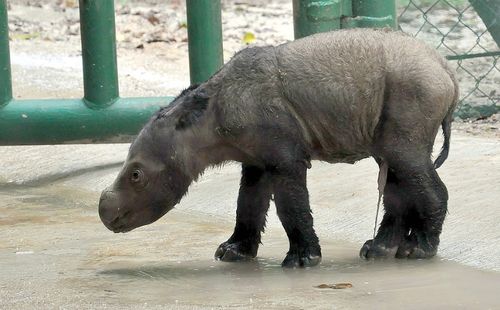