Omaha Zoo’s newest addition is going on Day 4 into the world and is visibly more coordinated and mobile! Kiki's calf has done some nursing and like everyone else, enjoys a good snooze. (Being cute is sure rough!) Saturday night alone, the calf slept a lot, off and on from 6 p.m. – 5:30 a.m. This is known as recumbent sleep. Jayei, the matriarch of the herd, has been a big help along the way, not only mentoring Kiki, but also looking out for the calf as if it were her own. 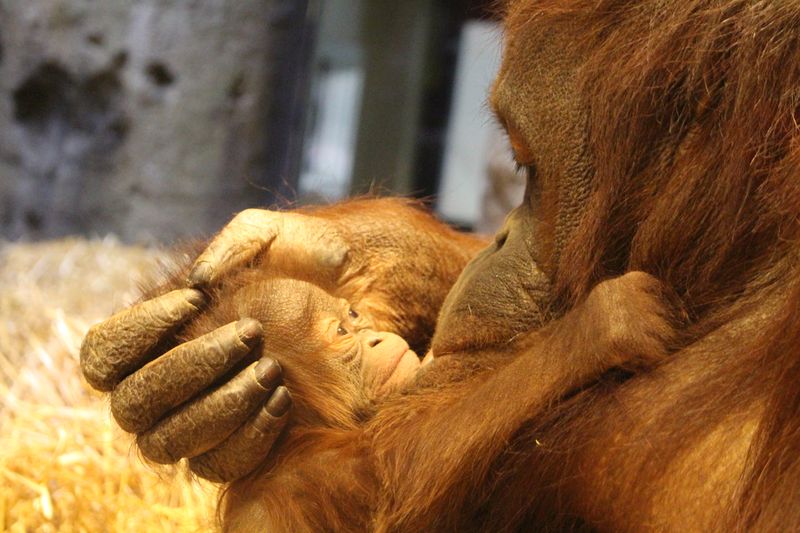 Omaha’s Henry Doorly Zoo and Aquarium is home to eight Orangutans, including their newest, born November 19, 2014. 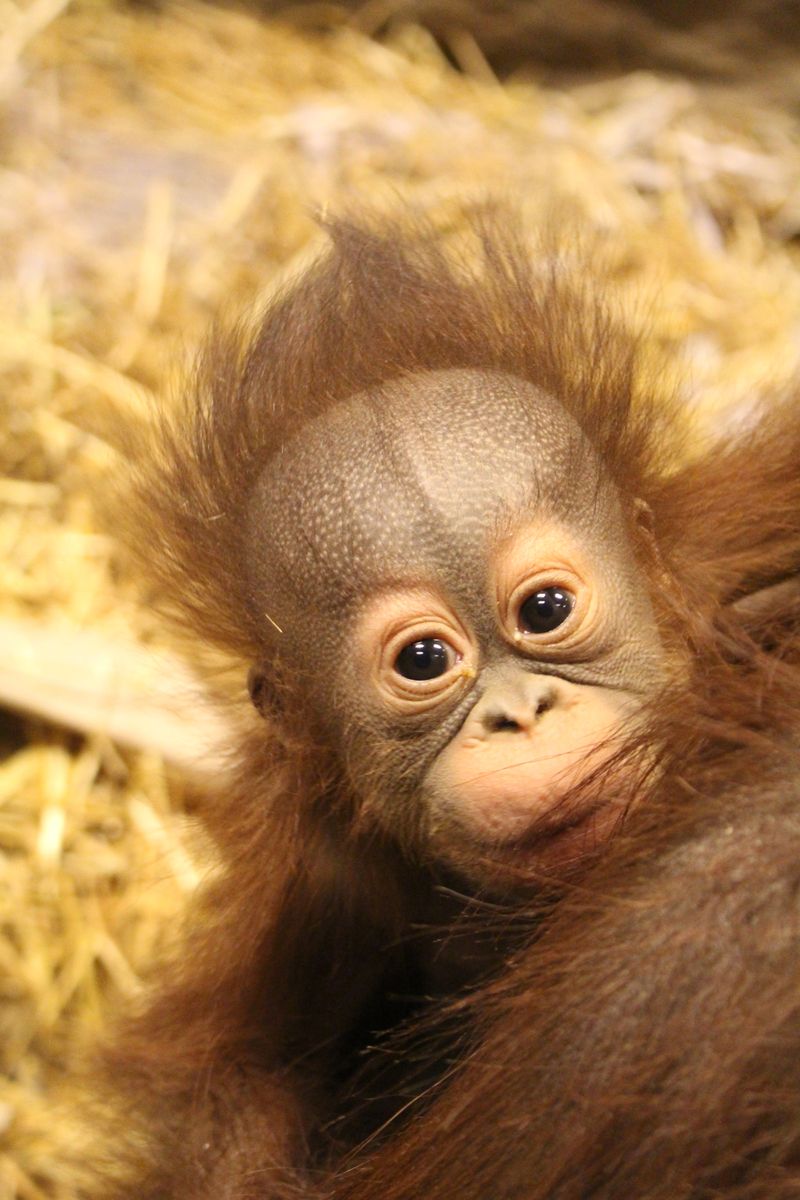 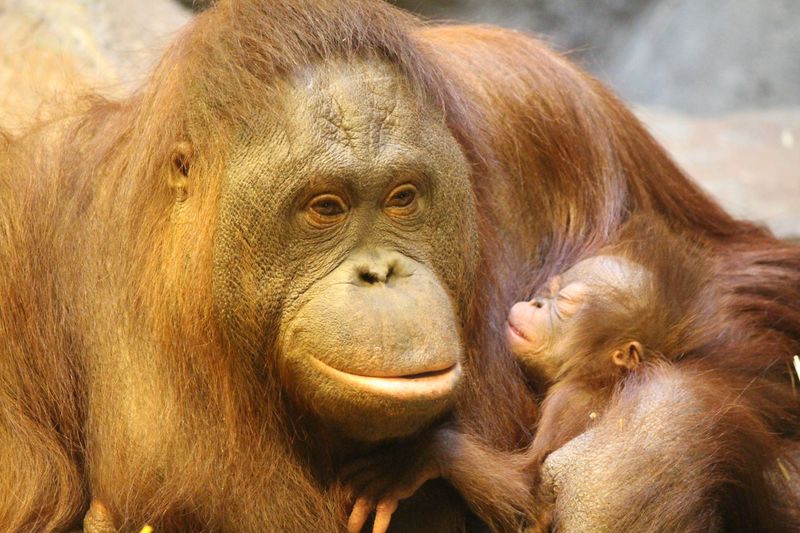 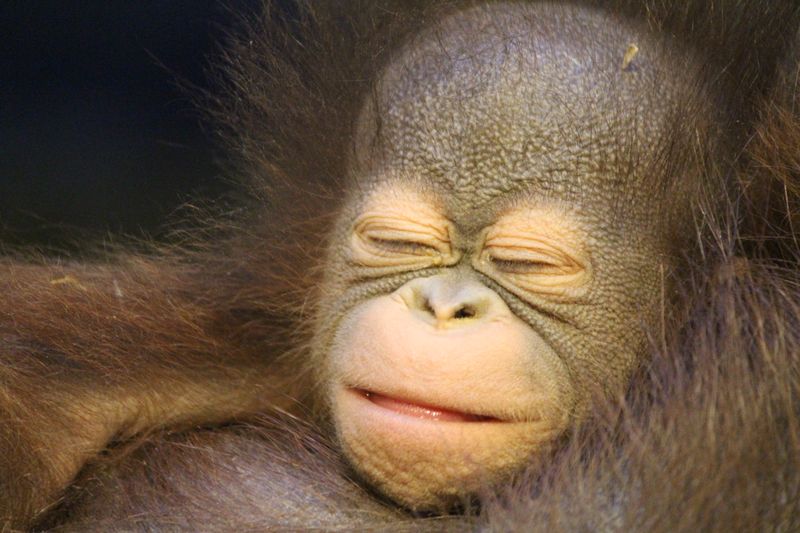 The female was born to first-time mother, ‘Sepilok’, and father, ‘Chip’.  The zoo recently held a naming contest for the baby, and her new name will be announced on February 2nd.

Female Orangutans reach sexual maturity between ages 10 and 15. They give birth every 6-8 years, and have a gestation period of about 245 days. With an average lifespan of only 40 years, Orangutans may only give birth to four or five infants in a lifetime, which is why each birth is so important to the population. The fact that Sepilok stems from a Hong Kong lineage makes her a genetically valuable participant in the breeding program of the Association of Zoos and Aquariums (AZA).

Bornean Orangutans are listed as “Endangered” on the International Union for Conservation of Nature’s (IUCN) Red List of Threatened Species. As with most species surviving in the wild, habitat destruction is the biggest threat. A great majority of habitat destruction in Indonesia is due to the demand for palm oil, with palm oil plantations destroying forests to grow palm trees for harvesting. 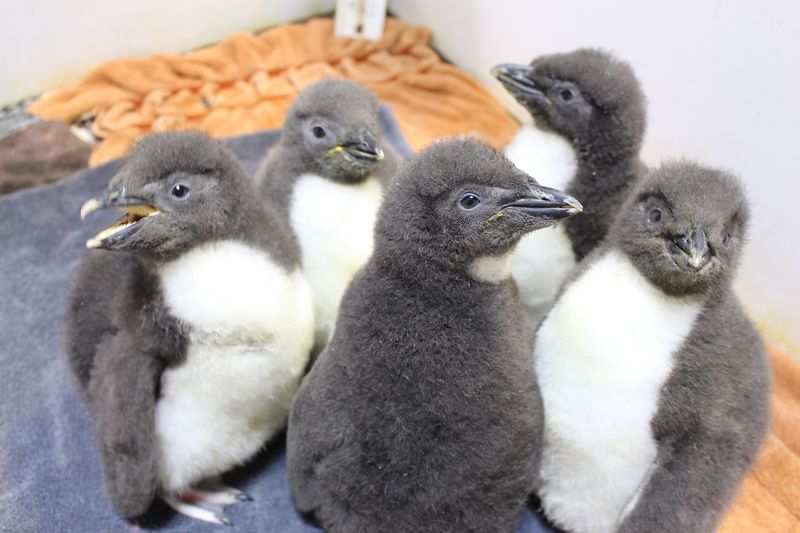 Hatched in mid-December, the chicks now weigh close to five pounds (2.3 kg), and have started to molt their baby feathers and grow in adult waterproof feathers.

Typically adult birds will raise their own chicks, but these eggs were hand-raised due to increased activity levels in the exhibit. 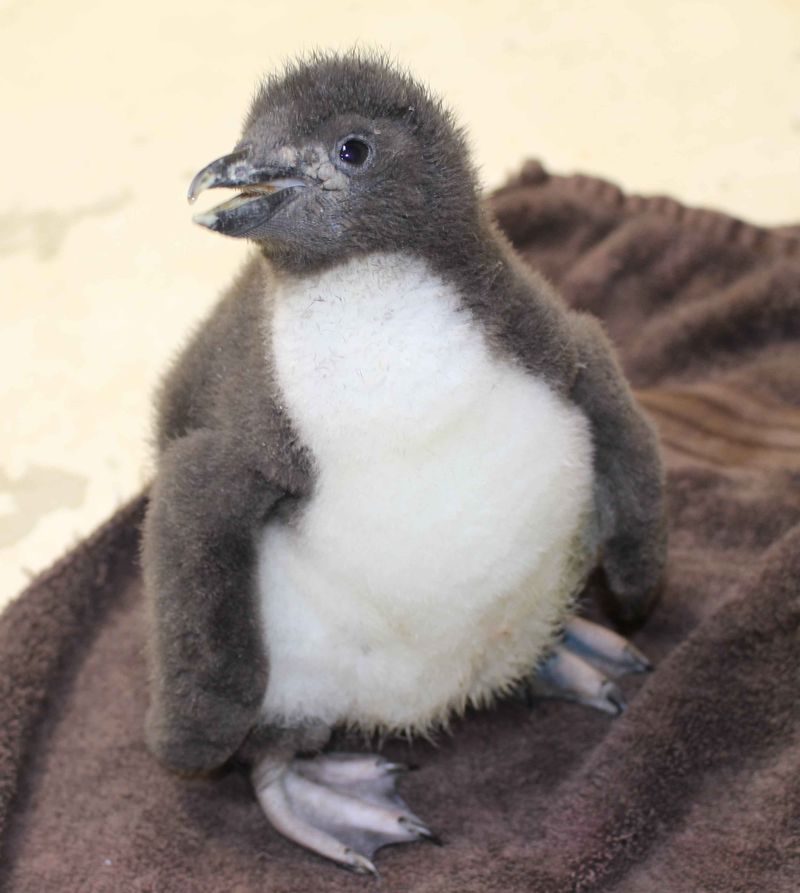 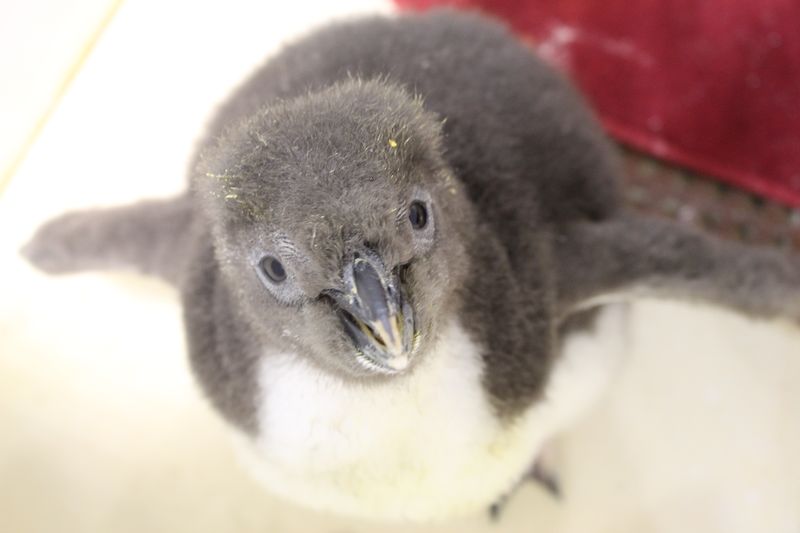 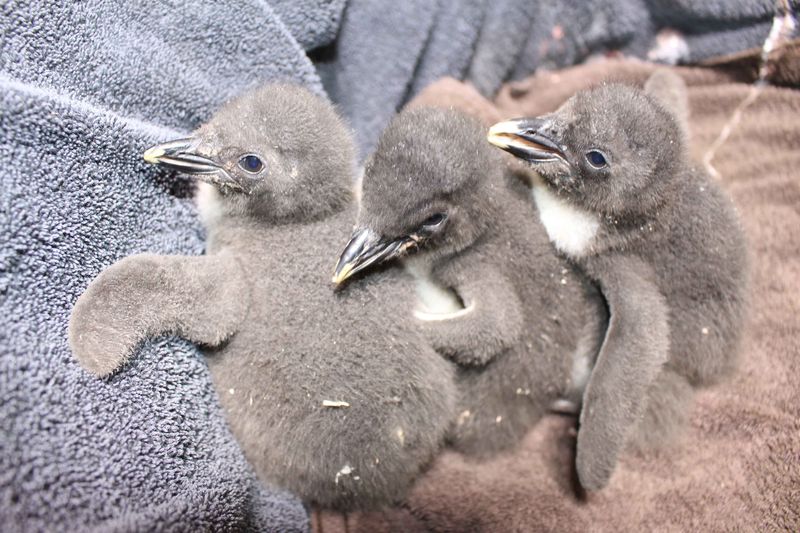 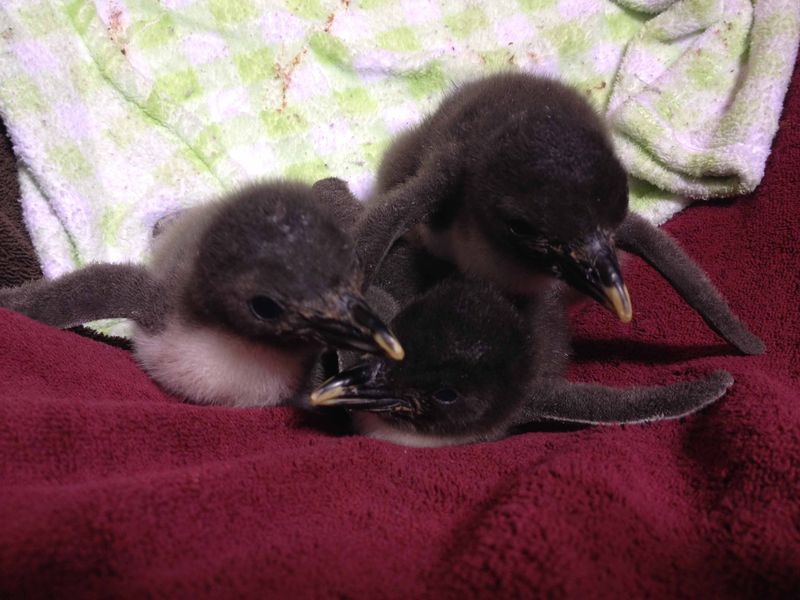 See video of a newly-hatched chick:

See video of the babies:

The eggs were kept in an incubator for 36 days. Once an egg began to hatch, keepers put the egg in a hatcher until the chick was fully hatched and dry. The chicks were then transferred to a brooder with a warm temperature. The temperature of the brooder will slowly decrease as the chicks grow bigger.

The chicks are fed five times a day and eat a fish and krill formula that is made fresh daily and packed with all the vitamins and minerals the growing chicks need. They will also eat small fish fillets until they progress to whole fish. Keepers follow strict hand-rearing guidelines, allowing the chicks to consume no more than ten percent of their body weight at each feeding.

For the measured feedings, it is very important for the keepers to be able tell the chicks apart. Each chick has one foot marked with a non-toxic paint to allow keepers to identify them. Once old enough, the chicks will have wing bands just like the other adult penguins on display.