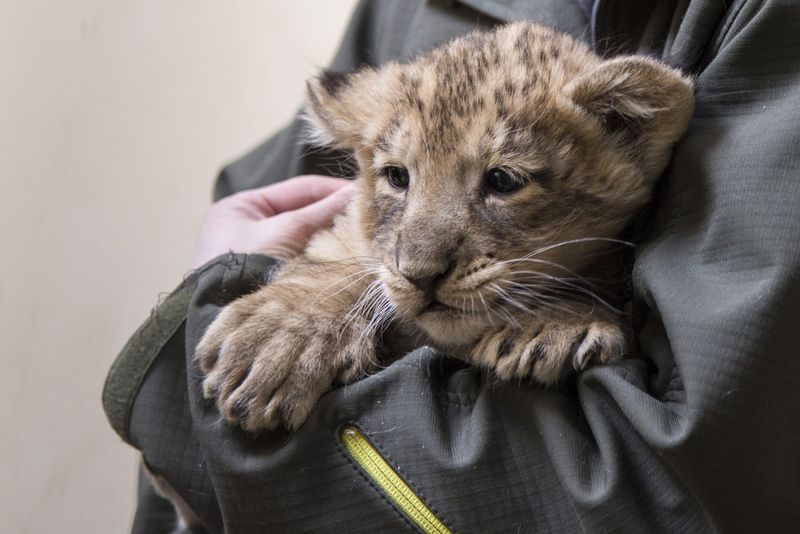 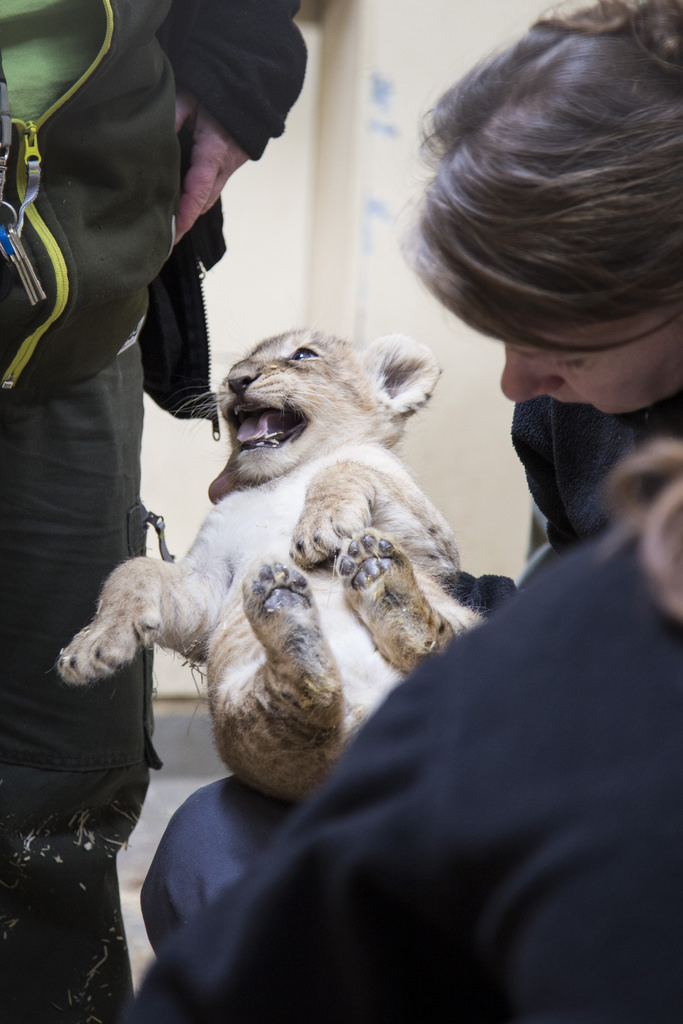 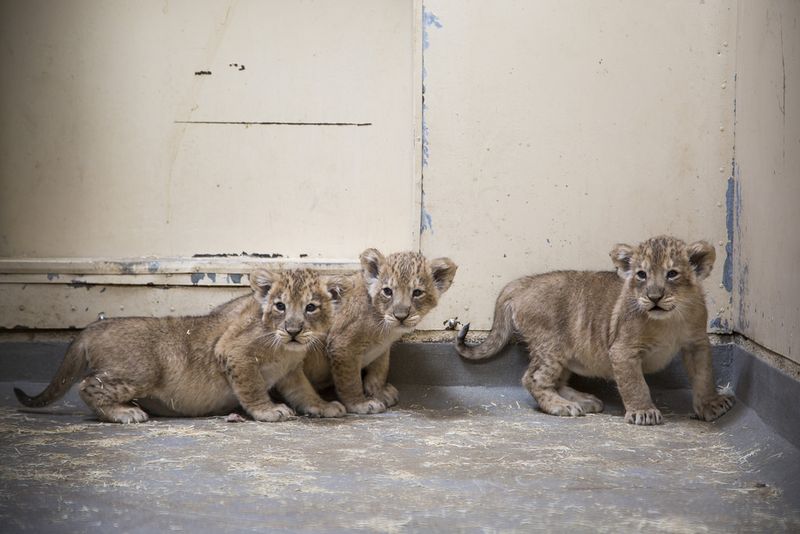 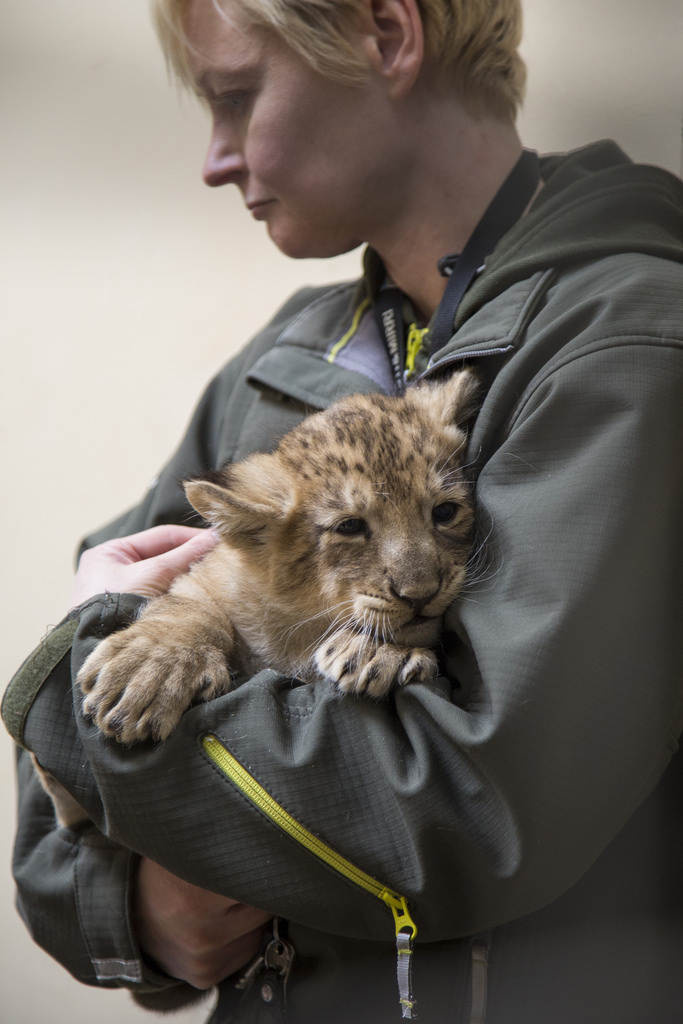 The Zoo staff lured the three-year-old mother to another area of the exhibit, and the veterinary staff swooped in for a quick exam.  The cubs are still small enough to be handled safely, and they received vaccinations and gender checks.

According to the staff, the cubs are “chubby,” so it’s clear that their mother is caring for them properly.  And if you watch the video, you'll see that the cubs have no trouble airing their displeasure with the veterinary staff.

To date, the cubs have been with their mother in a cubbing den behind the scenes.  The staff has watched the new family on closed circuit cameras.  The cubs won’t be on public display until sometime in June.

Wild Asiatic Lions live only in northwestern India in the Gir forest area.  Because only about 400 individual lions live in the wild, they are classified as Endangered by the International Union for Conservation of Nature.  Though this number is small, the population has more than doubled from a low of only 180 individuals in 1974. These cats once ranged into central Asia and the Middle East as recently as the 20th century.

Because the current wild population is derived from only a few cats, inbreeding is one of the greatest threats to Asiatic Lions.  In addition, the Gir forest is under intense pressure from an encroaching human population. 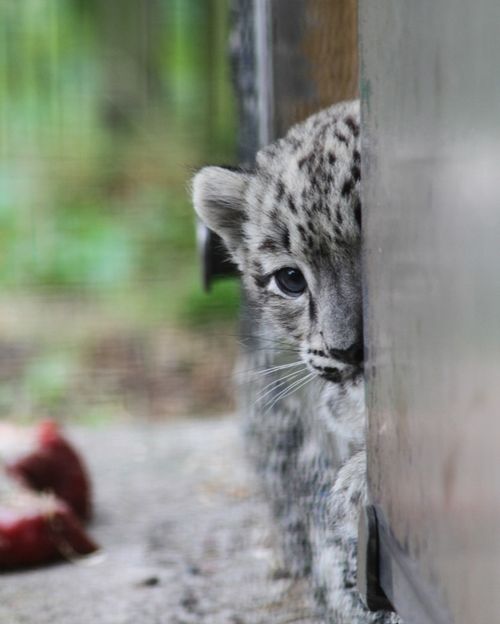 Helsinki Zoo in Finland is known for successfully breeding Snow Leopards -- more than 100 of them since 1960. On June 23, one of their adult females gave birth to three cubs in her her den. All three are girls! The little family was allowed to bond and grow in those first weeks in the protection of the nest, but for the first time they ventured outdoors.

Snow Leopards are an endangered species due to loss of habitat, illegal poaching for their pelts and killings by local herders in an effort to protect their livestock.It is believed that there are as few as 4,000 left in the wild. A tasty treat of a little meat helped lure them into the light outside. Watch the video below. They now weigh about 7-8 pounds or 3-4 kilos, a tribute to the successful care of their mother. Helskini Zoo is also a member of the Snow Leopard Trust. 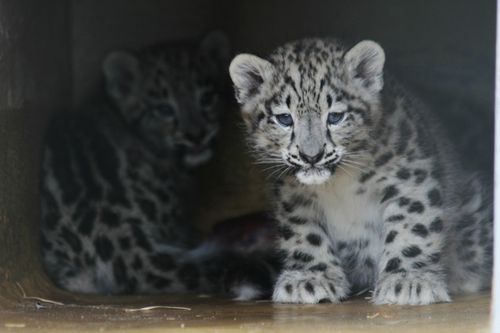 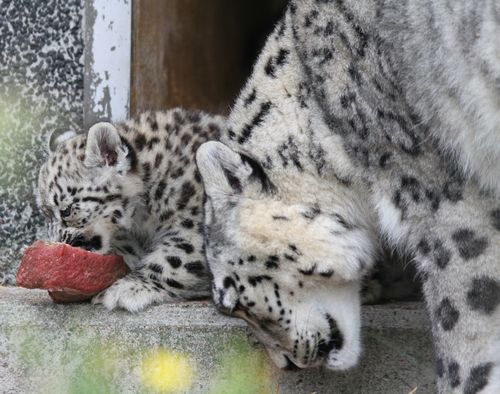 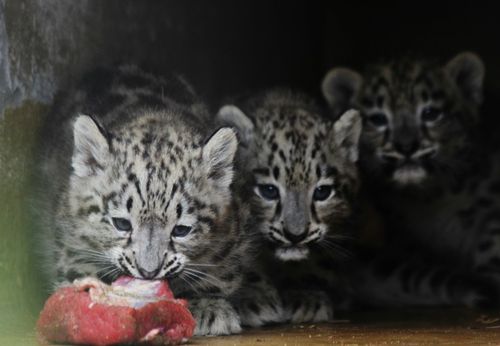