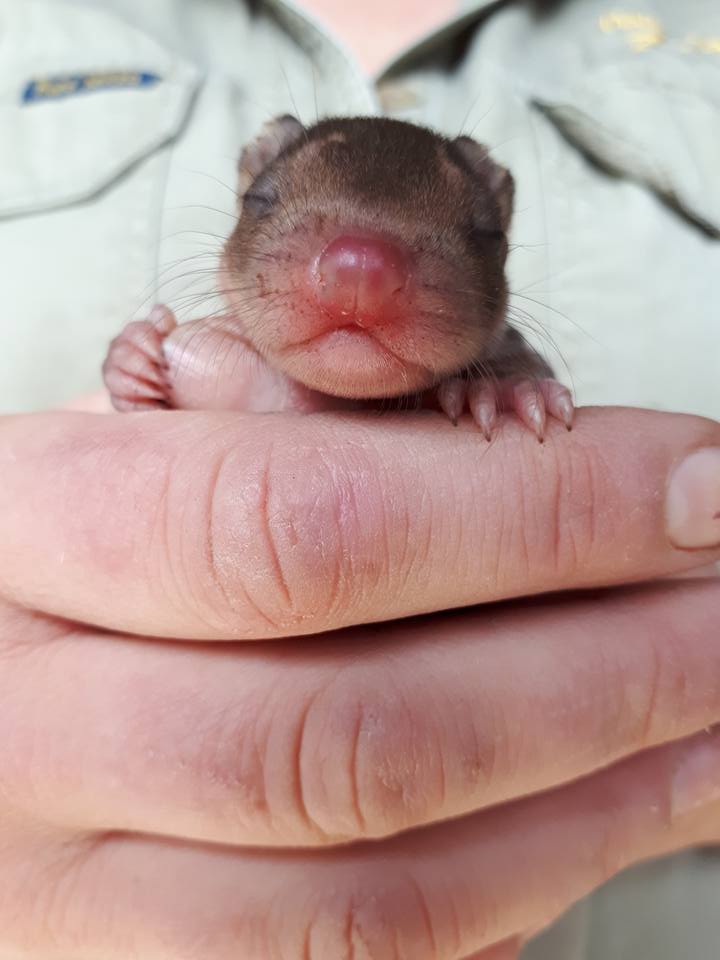 The Zoo credits their dedicated and passionate staff for the successful breeding. The Zoo shared that the team at Halls Gap Zoo works hard to care for many threatened species, whilst sharing their passion for conserving many of the animals Australians are lucky to share their backyards with. 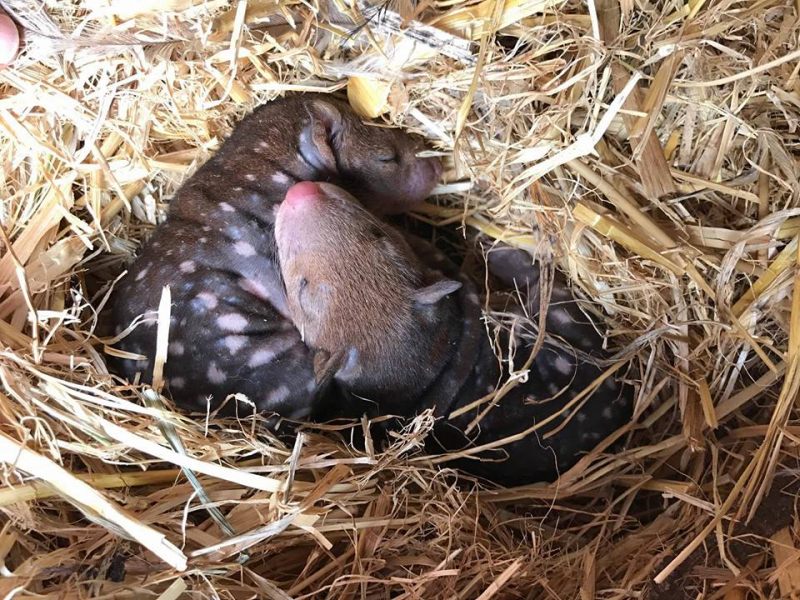 The Tiger Quoll (Dasyurus maculatus) is also known as the Spotted-tailed Quoll. It is a carnivorous marsupial of the Quoll genus Dasyurus and is native to Australia. With males and females weighing around 3.5 and 1.8 kg (7.7 and 4 lbs), respectively, it is mainland Australia's largest carnivorous marsupial, and the world's longest extant carnivorous marsupial (the biggest is the Tasmanian devil). They are found in wet forests of southeastern Australia and Tasmania.

The species is classified as “Near Threatened” on the IUCN Red List of Threatened Species. The Australian Department of the Environment and Heritage considers the northern subspecies, D. m. gracilis, as “endangered”.

This species is vulnerable to decline because it requires certain climates and habitats, it tends to live in low densities, it is likely to compete with introduced predators and requires lots of space. The biggest threat to the Quoll is habitat destruction. Humans may also directly contribute to Quoll deaths though persecution, motor collisions, and poisoning.