Germany's Hannover Zoo has an extraordinary hatchling on its hands - a muppet-like one-month-old baby Griffon Vulture. In past breeding attempts, sibling rivalry between hatchlings resulted in dangerous squabbles so Einstein is being raised by hand while his sibling stays in the nest. Keepers will return Einstein to the nest when he is strong enough to endure the occasional vulture throw-down. 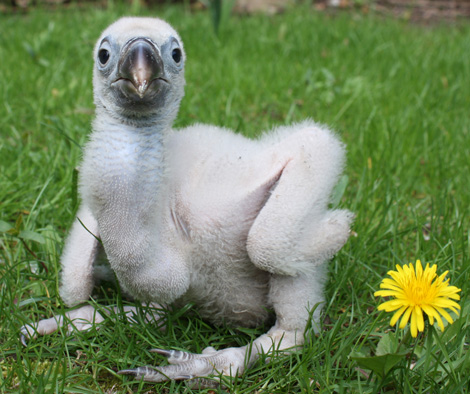 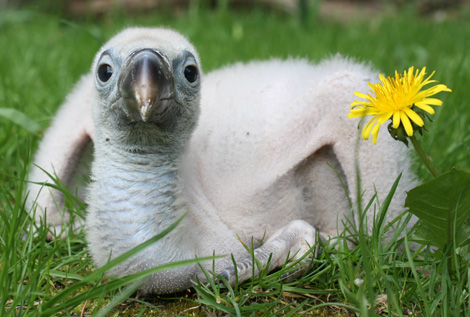 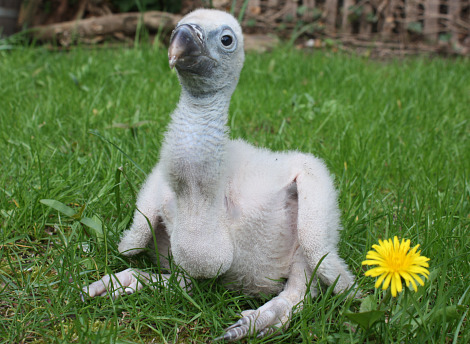 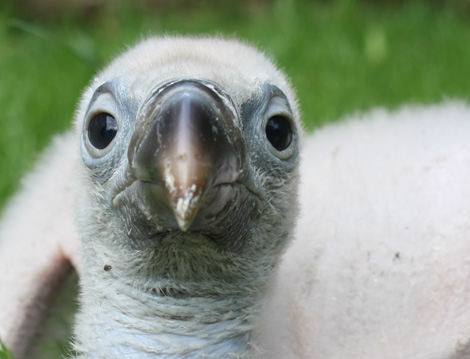