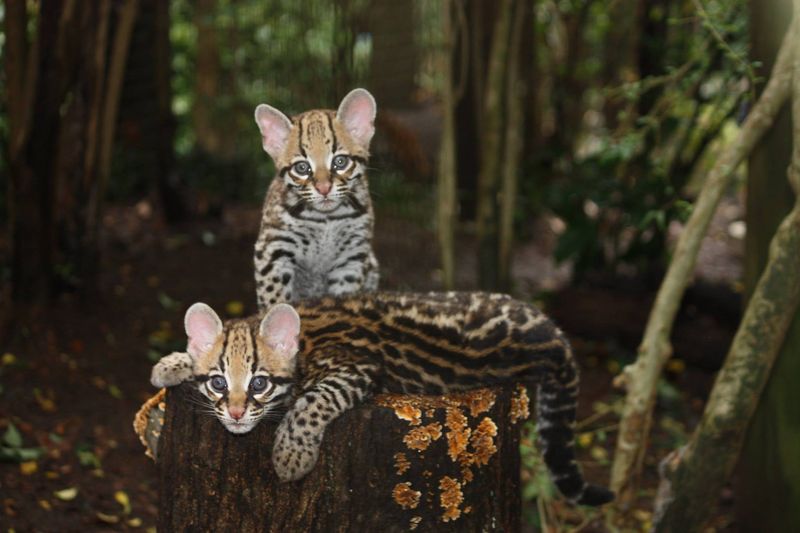 The Greenville Zoo, in South Carolina, celebrated the birth of two female Ocelot kittens on August 15th. The kittens are the first offspring for parents Evita and Oz, who are four years old. This is the first successful birth of this species for the Greenville Zoo, which is one of only two Association of Zoos and Aquariums (AZA) institutions to breed Ocelots this year.

Evita, who came from Seattle, Washington, and Oz, who came from the North Carolina Zoo, were sent to the Greenville Zoo in 2013 as a breeding pair. They replaced the zoo’s non-breeding pair of Ocelots, who are now residents of the Mesker Park Zoo in Evansville, Indiana.

According to general curator Keith Gilchrist, “The kittens’ birth is a valuable contribution to the conservation of this endangered species and to the Ocelot Species Survival Plan (SSP), which strives to ensure the sustainability of a healthy, genetically diverse and demographically varied population through breeding programs with AZA-accredited institutions like the Greenville Zoo.” 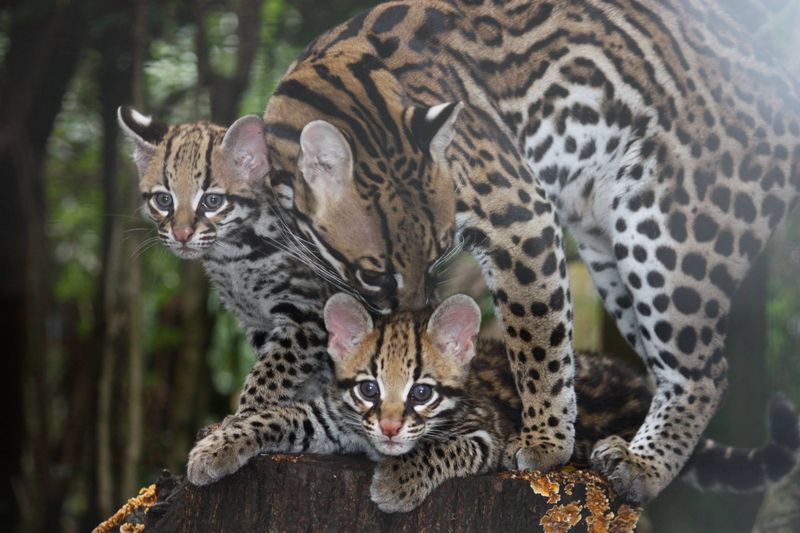 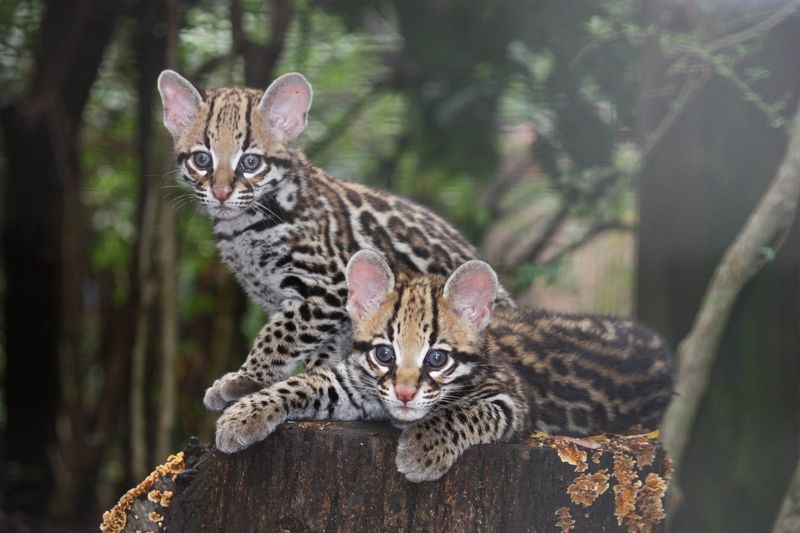 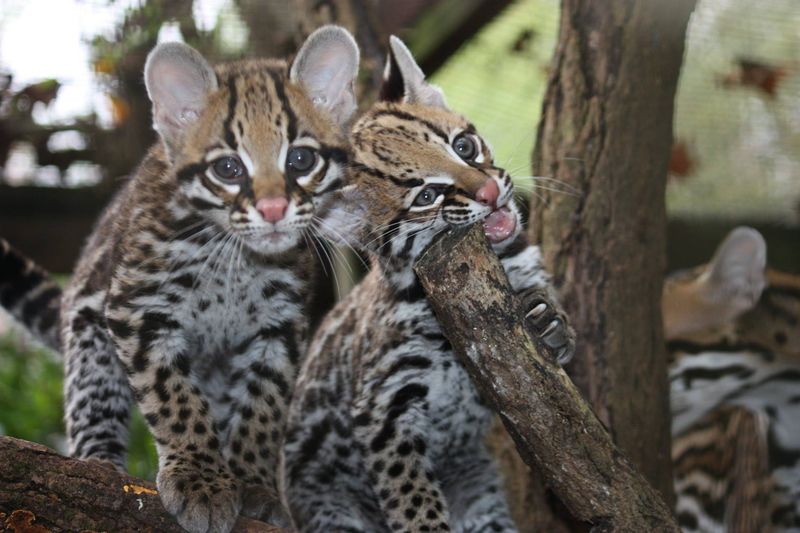 The Greenville Zoo is currently holding an online auction to find names for the two kittens. The winning bidder of this auction will win the right to name BOTH of the Greenville Zoo's female Ocelot kittens. To place your bid, click the link to the website and follow instruction there: https://www.32auctions.com/GreenvilleOcelots

The starting bid is $250 and bid increases must be at least $10. The highest bidder at the close of the auction (November 20, 4 pm) will pay their winning bid amount and submit names for the kittens. Names must be approved by the Greenville Zoo. Other bidders will not be charged. Proceeds from this auction will be used to improve the Ocelots exhibit space.

In addition to your bids, you can also make a contribution to support the improvements of the Ocelots' exhibit and other South American exhibits at the Zoo.

The Ocelot (Leopardus pardalis), also known as the Dwarf Leopard, ranges in size from 18 to 40 pounds and are found in every country south of the United States, except Chile, and occasionally range as far north as Texas. Their habitats include mangrove forests and coastal marshes, savanna grasslands and pastures and thorn scrub and tropical forests of all types.

Ocelots are similar in appearance to a domestic cat, with fur that resembles a clouded leopard or jaguar. Hundreds of thousands were once killed for their beautiful fur.

They are solitary and territorial nocturnal hunters, with eyesight six times greater than a human’s, and while they can climb trees and swim, they spend most of their time hunting on the ground.

Ocelots mate any time of year, but can produce litters only once every year. Gestation lasts 79 to 82 days, and usually result in the birth of one kitten. Litters of two are more are less common. Ocelot kittens begin to leave their den at about three months old, but they will remain with mother for up to two years.

The remnant U.S. population, found in South Texas, has declined from 80 to 120 individuals in 1995, to less than 50 in more recent years. In Trinidad, habitat fragmentation, as well as direct exploitation via illegal poaching are major threats. Because of its wide distribution, the Ocelot is currently classified as “Least Concern” on the IUCN Red List.