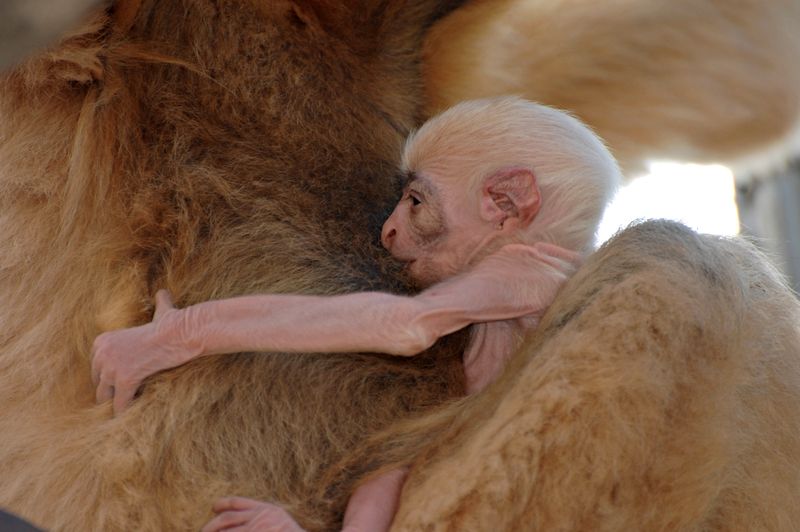 The Gibbon Conservation Center in southern California just shared with us some photos of a newly-arrived Northern White-cheeked Gibbon! The buff colored gibbon holding the baby is the mother and the dark one is the father. Babies are born with light-colored hair, which will darken with maturity if the gibbon is male.

The center has welcomed six new infants in the last 18 months, a sure sign that the residents are comfortable and well cared-for. The gibbons live in family groups, adults and offspring, giving visitors the opportunity to observe family-oriented behavioral patterns, infant care and development. Though in captivity, these creatures are not tame: they are focused on their families, claiming their territories and on finding the food that is provided for them several times a day. 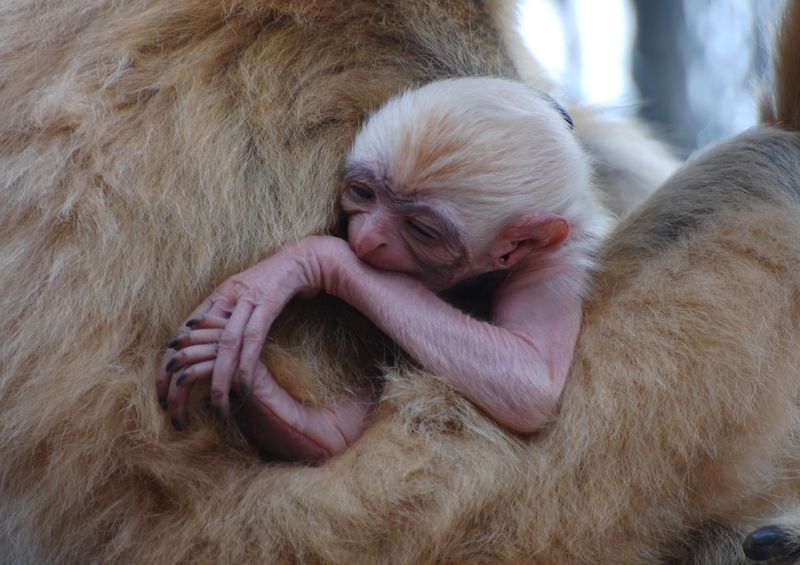 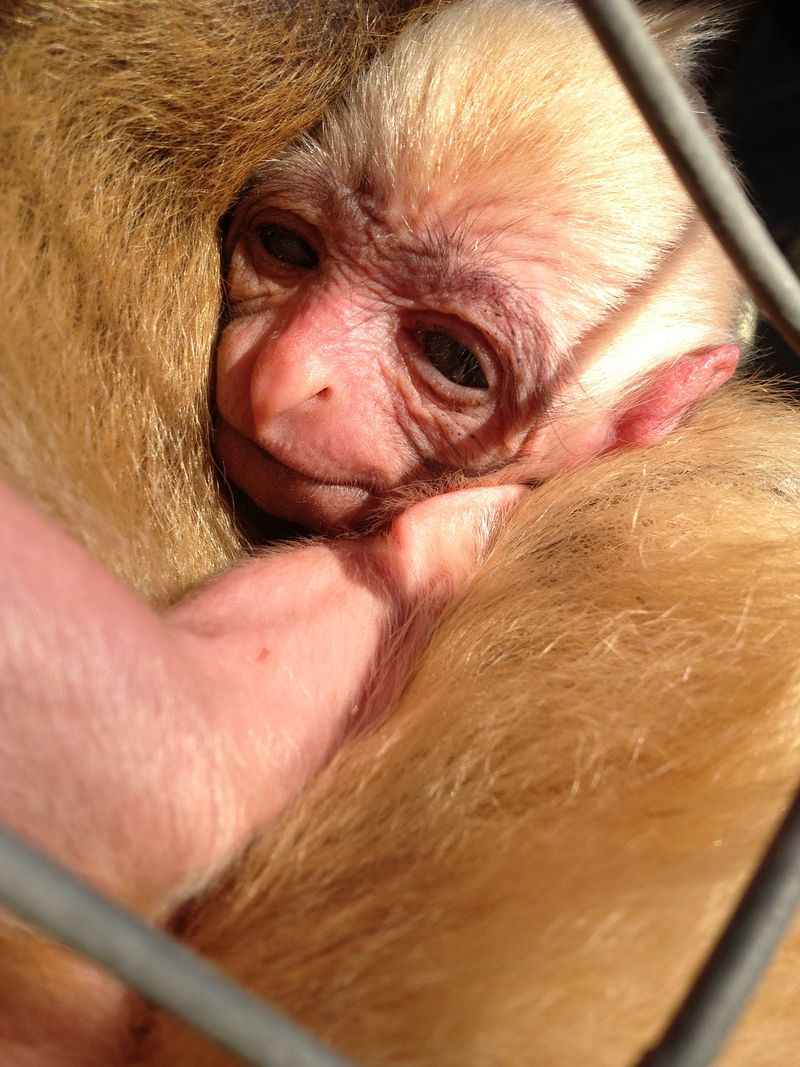 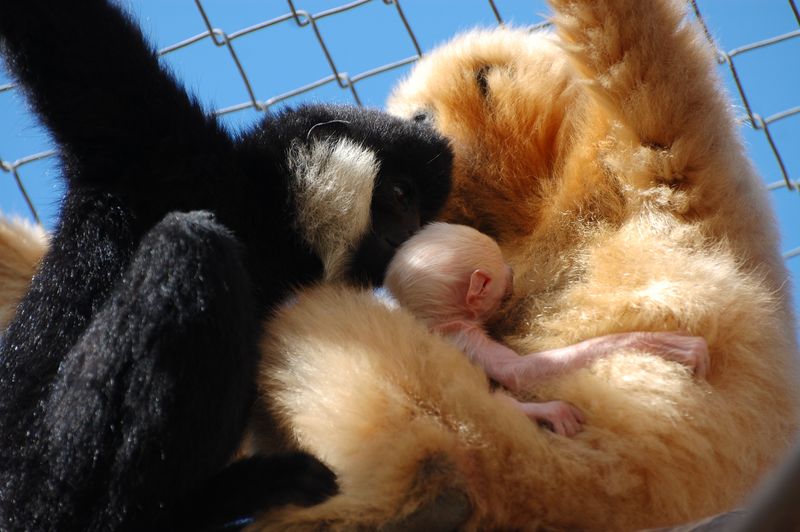 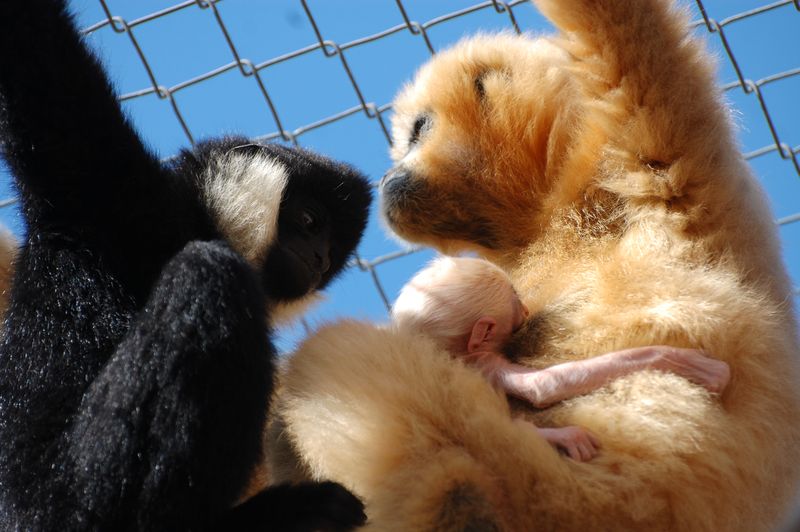 The Gibbon Conservation Center focuses on the study and conservation of gibbons - small apes from the forests of South, East, and Southeast Asia. The center participates in the Species Survival Plan for Northern White-cheeked Gibbons, a captive breeding program that coordinates breeding of genetically diverse individuals between zoos. The Northern White-cheeked Gibbon is now extinct in southern Yunnan, China and is nearly extinct in northern Vietnam, and Critically Endangered in Laos. There are more Northern White-cheeked Gibbons in North American and European zoos than in the wild in China and northern Vietnam, where fewer than 500 are left. This gibbon species is the rarest primate in the wild currently in a successful captive breeding program.