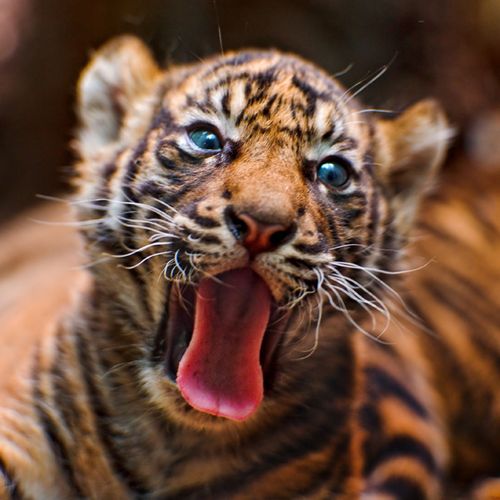 Two Sumatran Tiger cubs were born in early May, 2011 at Zoo Frankfurt in Germany, to mother Malea. Tiger cubs often stay with their mothers for about a year and a half, before venturing off on their own. They made their debut in the habitat on May 25 and seem to trade off between romping and napping. These pictures show the cubs at just five weeks old. 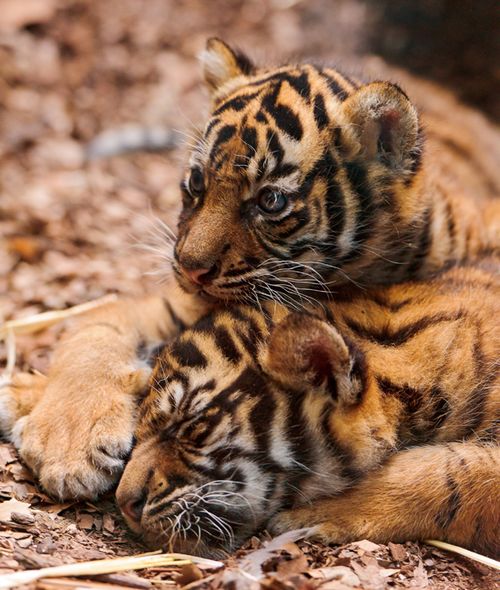 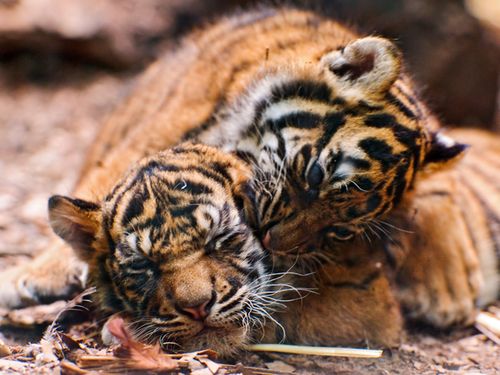 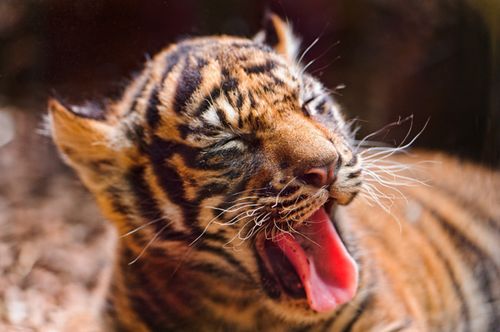 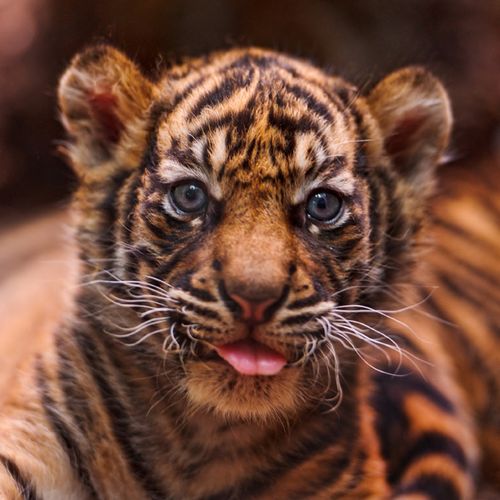 This tiger is named for its home, the Indonesian island of Sumatra. Javan and Bali tigers, the other two Indonesian tiger sub-species, are now both extinct. Sumatran tigers are a critically endangered species, with only about 400 remaining in the wild, according to the Sumatran Tiger Trust. About 350 live in captivity. Human impact and deforestation are the main reason for the decline of the Sumatran tiger population. 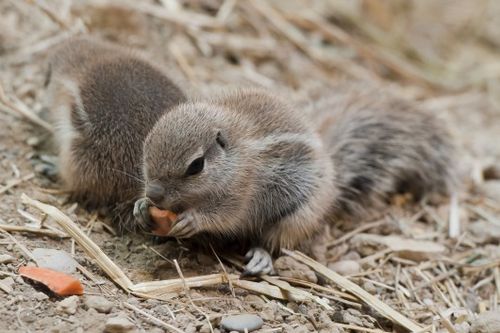 Born October 18 at Switzerland's Zoo Basel, three baby African Ground Squirrels are already living up to their squirrelly reputation as keepers struggle to prepare them for transport to their new home at the Frankfurt Zoo. Together with their parents, they have built an elaborate series of underground tunnels beneath their enclosure. When they are alarmed, they quickly dart back into their tunnels making it impossible for keepers to reach them.

While the sex of the squirrel pups has yet to be determined, they all appear happy and healthy. One of the pups is smaller and shyer than the rest, but keepers have made a special effort to feed him or her individually, and the frenetic critter is doing just fine. 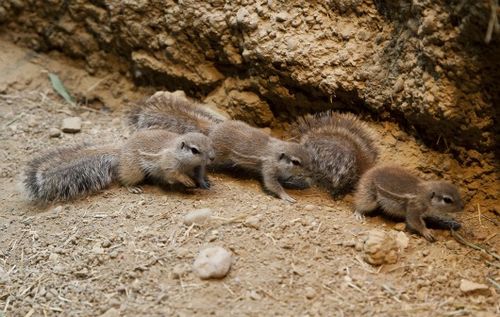 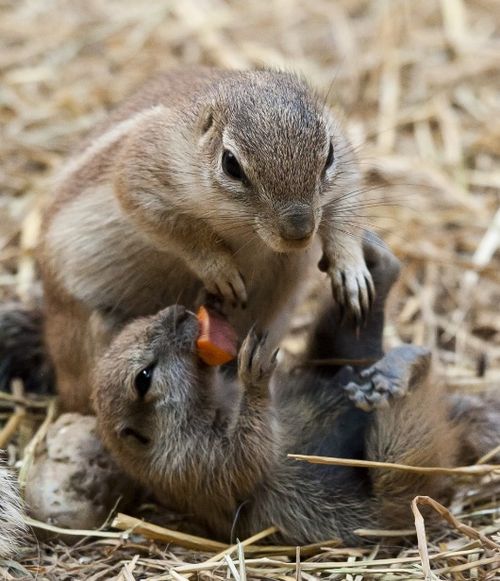 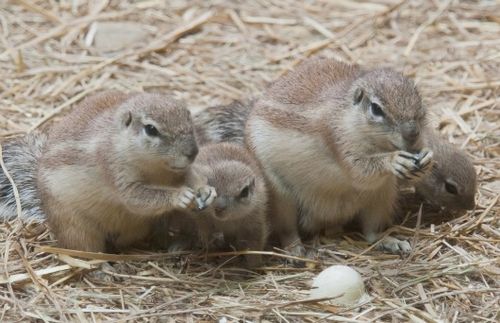 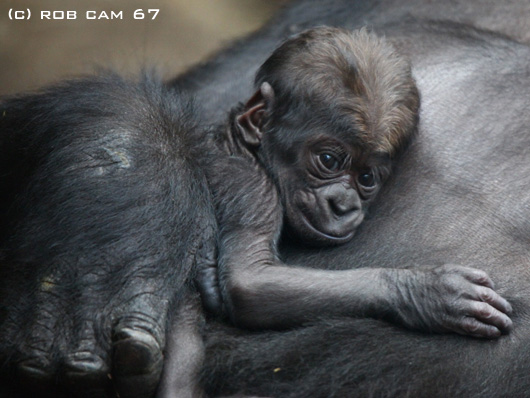 On December 20th, just as Europe's massive snowstorms came to an end, little Quembo the Gorilla was born to mother Dian at Frankfurt Zoo. According to Zoo Director, Dr. Manfred Niekisch, Dian is exhibiting all the signs of being a caring mother and Quembo is proving to be a healthy and vibrant baby boy. The other female gorillas in the group are also enjoying the a presence of a new face and have displayed gentle curiosity toward baby Quembo. Western Lowland Gorillas are considered threatened with extinction by the International Union for Conservation of Nature (IUCN) due to habitat destruction and poaching. 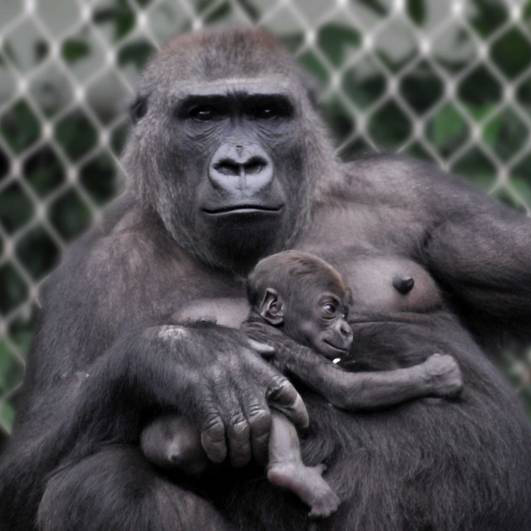 More photos below the fold... 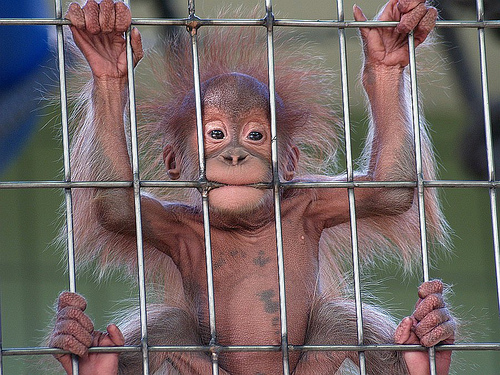 These reptilian babies are as cute as can be, and they were photographed just one week ago (on my birthday).  Get on over to the Frankfurt Zoo to catch a firsthand glimpse. This croc won't be so cuddly for long! 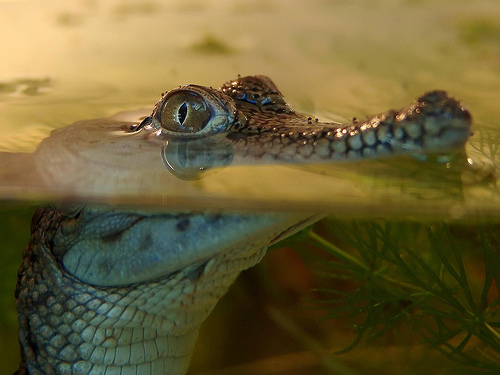 A Juvenile European pond terrapin goes for a ride... 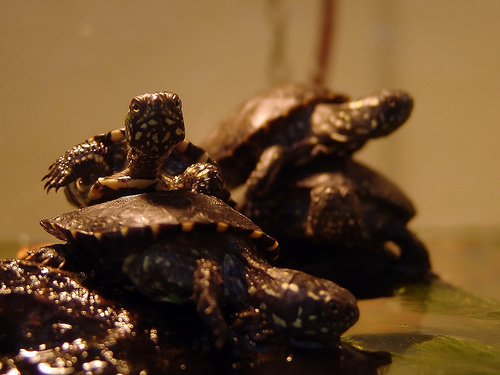 The Frankfurt Zoological Garden is the zoo of Frankfurt, Germany. It features over 5,000 animals of more than 600 species on more than 13 hectares. The zoo was founded in 1858 and is the second oldest Zoo in Germany. It lies in the eastern part of the Innenstadt (inner city).

This funny faced fellow is new to the Frankfurt Zoo, and it looks like his elders are doing a fine job of welcoming him to the pack.  Thanks to Marek Polster for the fine photos! 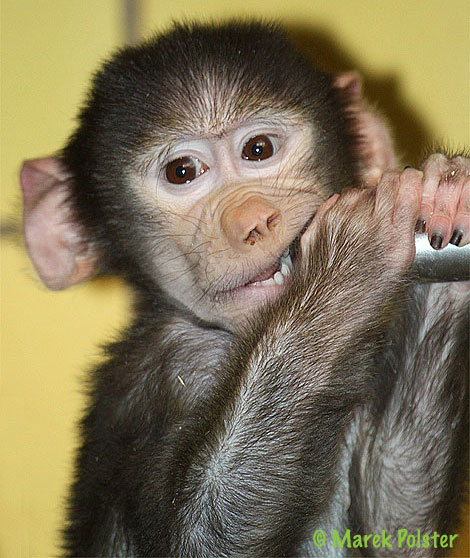 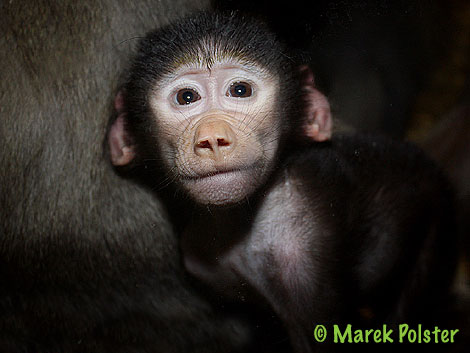 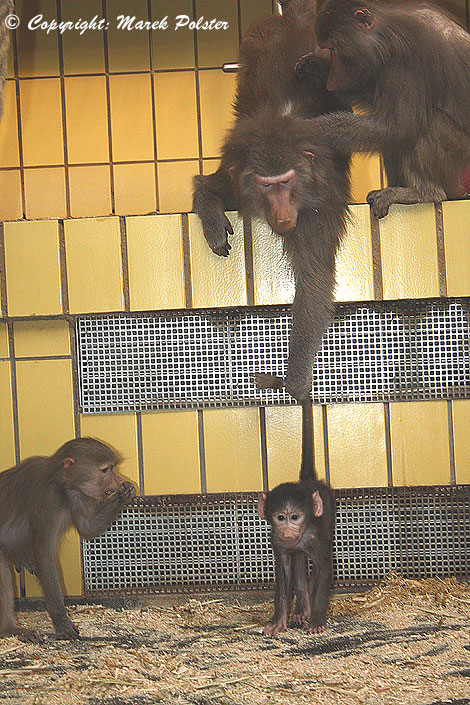