The black-footed cat kittens, born July 3 at Fossil Rim Wildlife Center in Glen Rose, Texas, were 6 weeks old at the time of videos seen here. Game cameras are really the only way officials can get a look at them in this way. Fossil Rim tries its best to help animals retain their wild instincts, so they are not acclimated to human interaction. 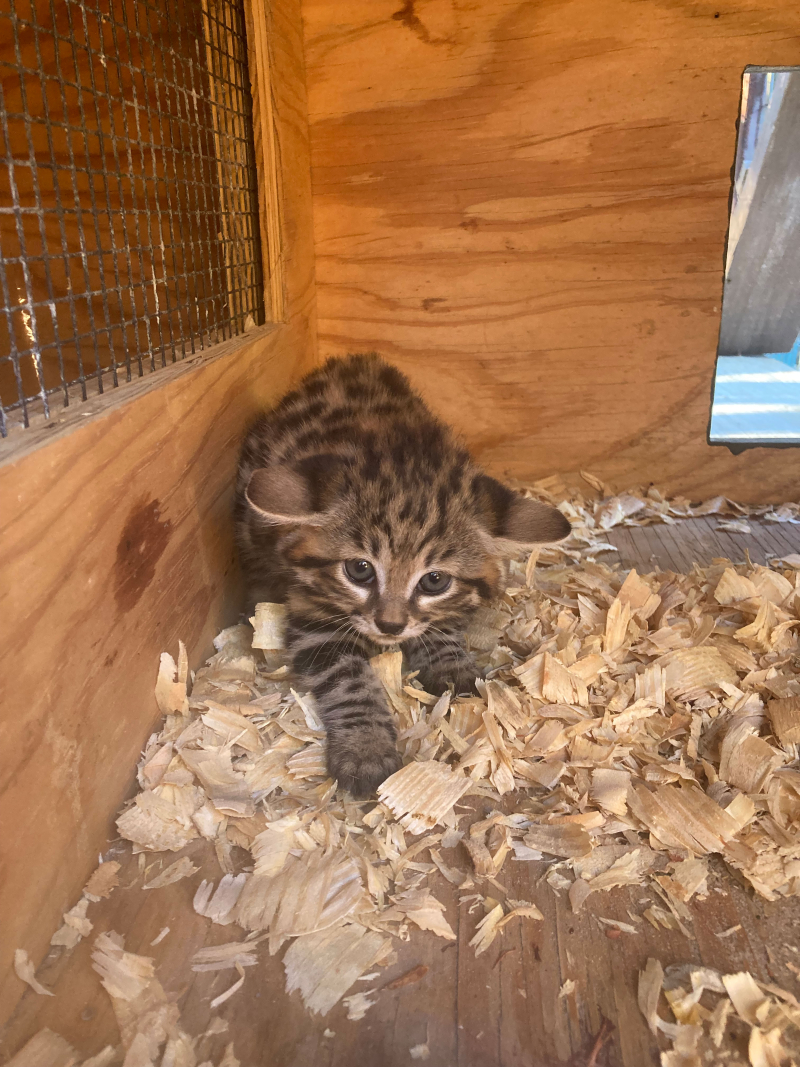 Two black-footed cat kittens, Stewie (male) and Meg (female) born on July 3, 2022 at Fossil Rim Wildlife Center in Texas. Born to Bandit, 2 yrs old, this was her first litter and she's been a superstar mom so far. 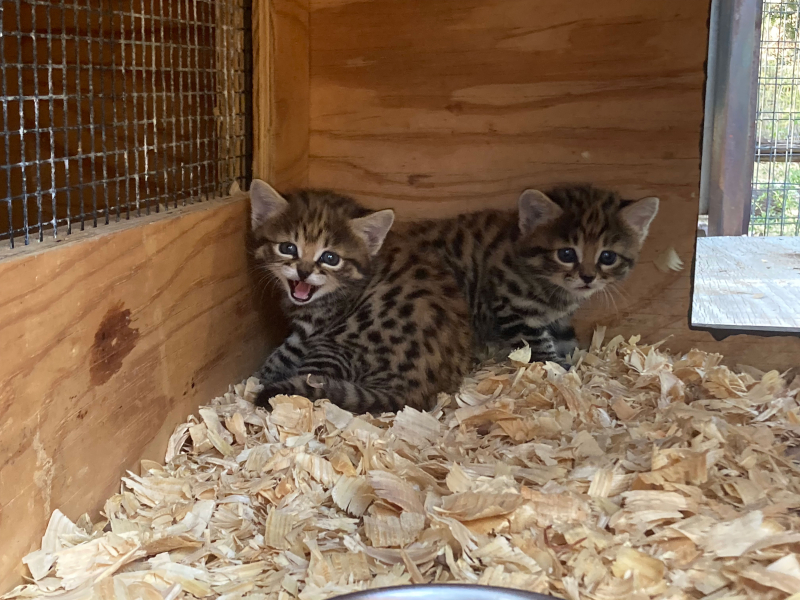 A group of extremely passionate people comprise Fossil Rim’s veterinary staff. The situation might not always turn out like one would hope but that doesn't make it any less important to try. We are thankful for our veterinarians, vet tech, vet fellow, vet tech interns, and preceptors that protect the Fossil Rim conservation center. 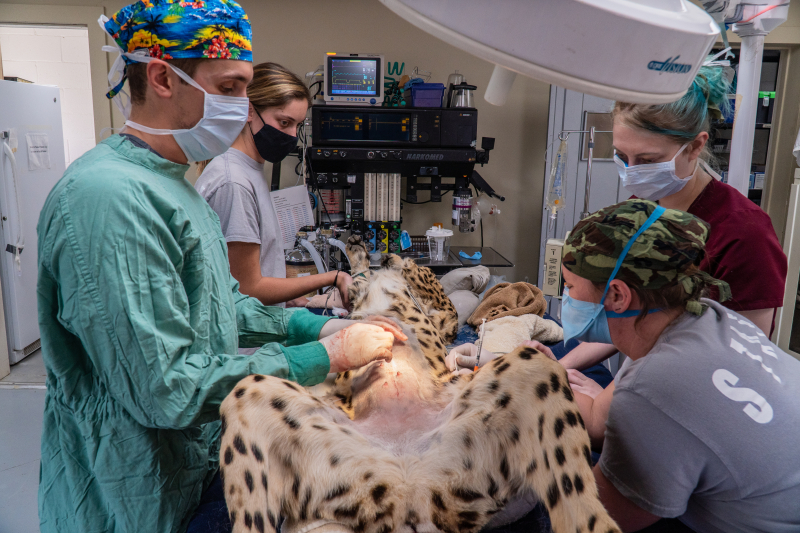 On Aug 30, 2021 “Nettie” the giraffe gave birth to a little girl at Fossil Rim Wildlife Center in Glen Rose, TX, and volunteers got the opportunity to submit names for her. The committee has officially chosen the name “Nessa”!

If you didn’t know, Dallas/Fort Worth's Fossil Rim Wildlife Center had a giraffe calf born in July! Make sure to watch the whole video for an extra surprise.

Staff at Fossil Rim Wildlife Center in Glen Rose, Texas are thrilled to see baby scimitar-horned oryx running around the Front Pasture, especially considering this is a critically endangered species.

One calf is born after a gestation period of eight months and nurses until about five months of age. 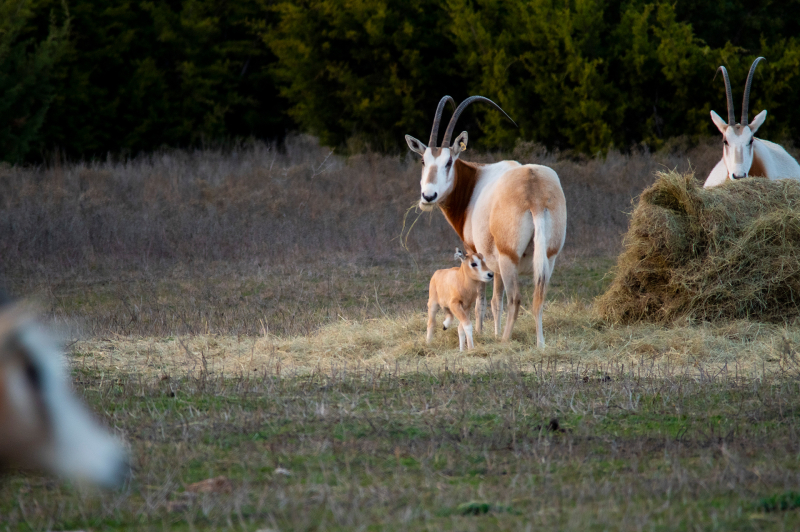 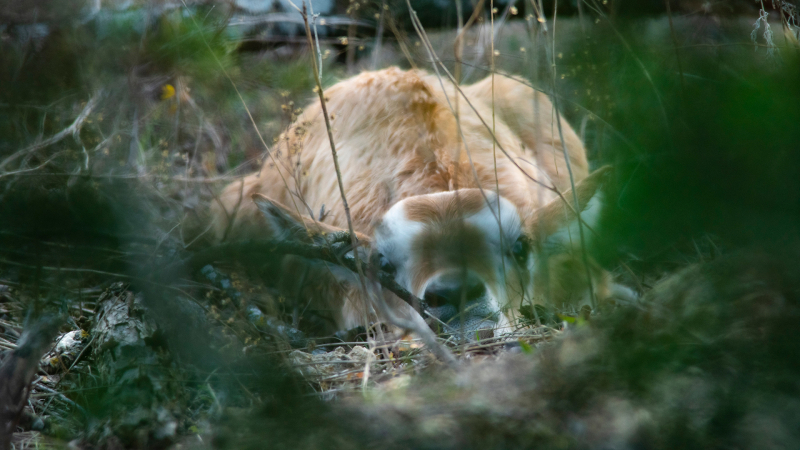 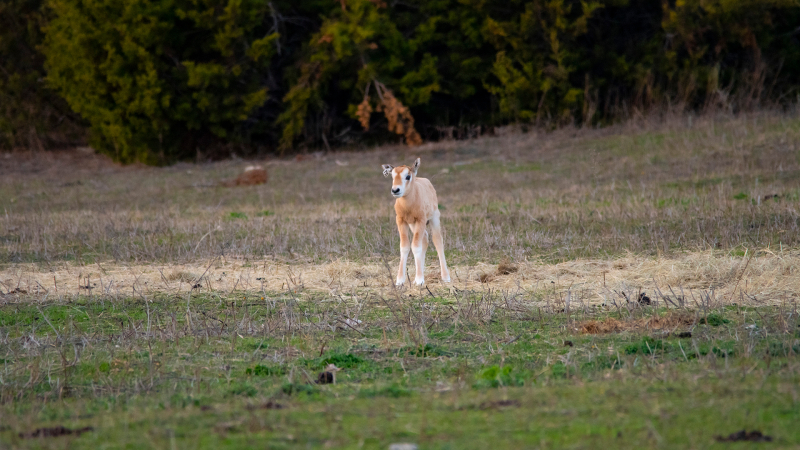 Oryx are seldom seen alone, with the exception of very old males.

Historically, these oryx lived in herds of 20-40 individuals, led by a single male.

During migrations and times of plentiful water, herds of 1,000 or more were seen. 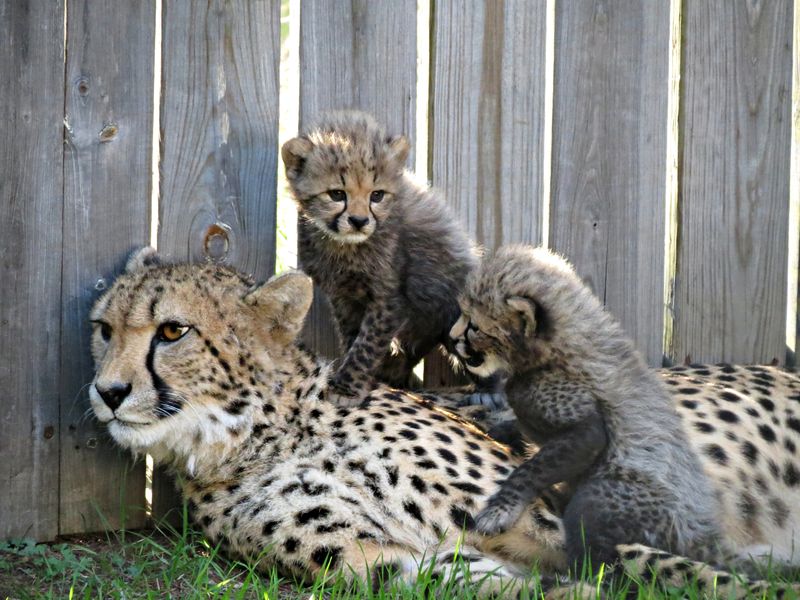 Three new Cheetah cubs were born on October 12 at Fossil Rim Wildlife Center in Texas! They are two females and one male. All appear to be in good health and first-time mom Gracie is proving to be a natural mother.

The father is Bruce, an 8-year-old male born and hand-raised at Fossil Rim. This was his first litter of cubs and the center's animal care staff were pleasantly surprised by his ability to reproduce, as hand-raised male Cheetahs often fail to reproduce sucessfully. Bruce and his brother Moose were pulled from their mom for hand-raising due to illness at a young age.

Fossil Rim Wildlife Center is hosting a naming contest on their Facebook page to invite the public to help name the cubs. The contest closes tomorrow, December 4, on International Cheetah Day (a campaign created by the Cheetah Conservation Fund to raise awareness about this Vulnerable species). In addition to naming the Cheetahs, the winners will also receive a private tour of the wildlife center's Cheetah facility, which is not open to the public. 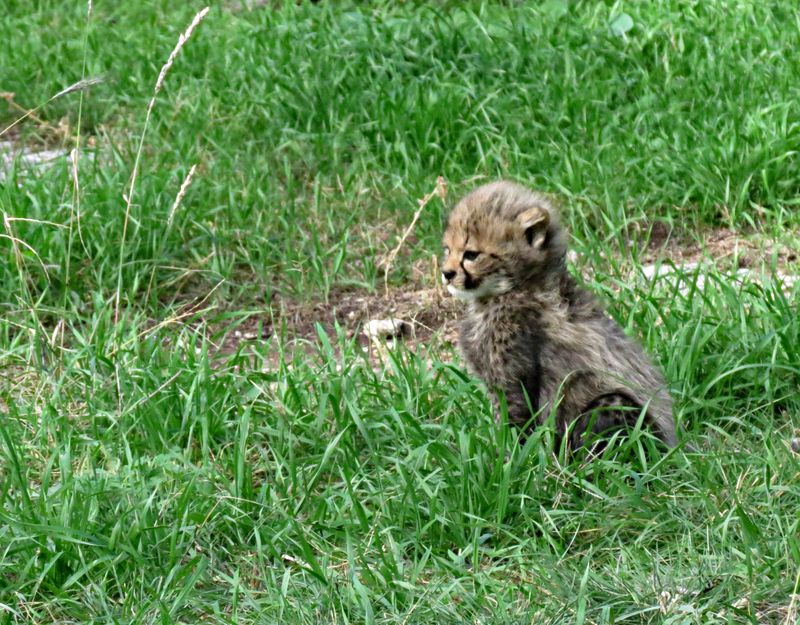 See videos of the litter playing with mom: