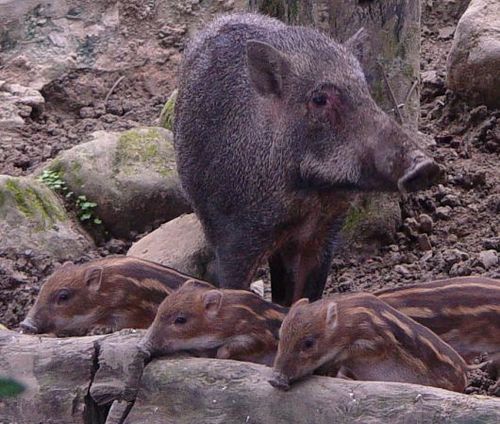 On February 10 Taiwan's Taipei Zoo welcomed four little Formosan Wild Boar hoglets. This subspecies of boar is native only to Taiwan. The little boars were born as part of a Taipei Zoo conseration program to protect the species, which has become increasingly rare as farmers allow their domestic pigs to roam free and interbreed with Formosan Boars. Zookeeper Chen Yan He, the Zoo's unofficial "pig nanny," has worked with a variety of pigs and boars in the past but says that the Formosan Boars are among the most gentle. 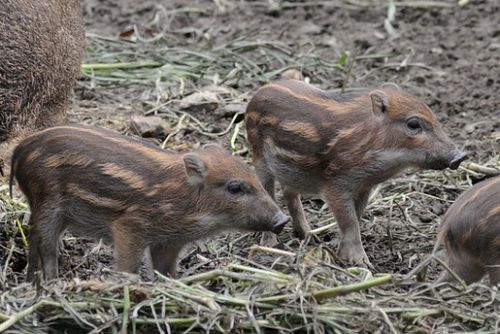 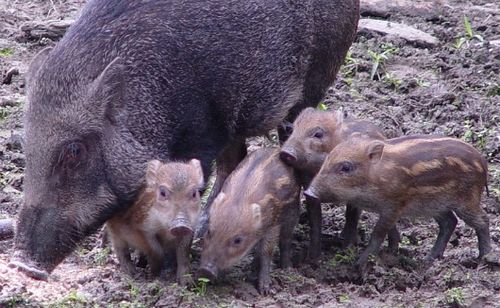 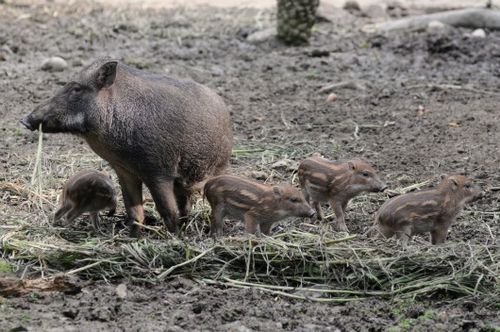