UPDATE: Jaguar Cub Gets His "Swagger" 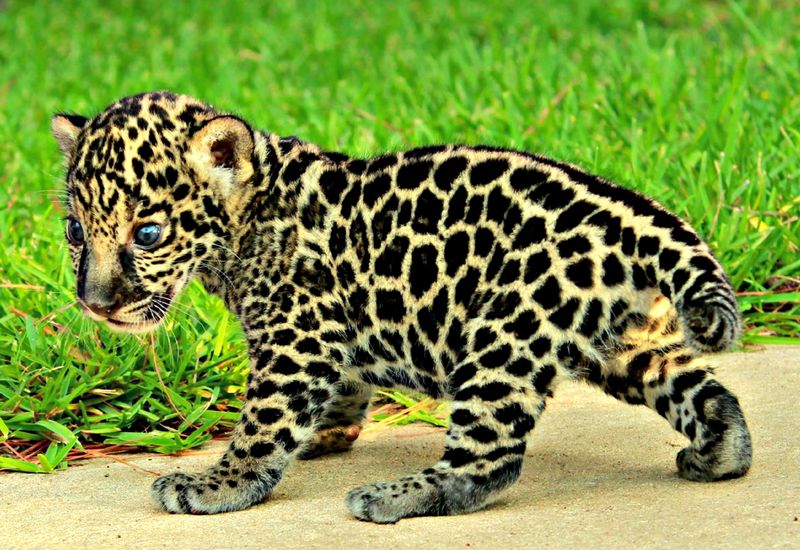 A Jaguar cub born August 20 is thriving under the care of zoo keepers at Texas’s Ellen Trout Zoo.  The male cub, named Balam (the Mayan word for Jaguar), was removed from his mother’s care shortly after his birth because his mother was not nursing him. 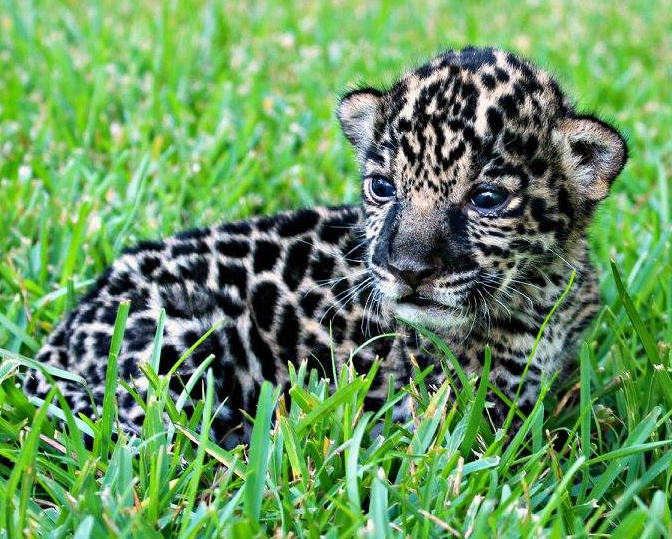 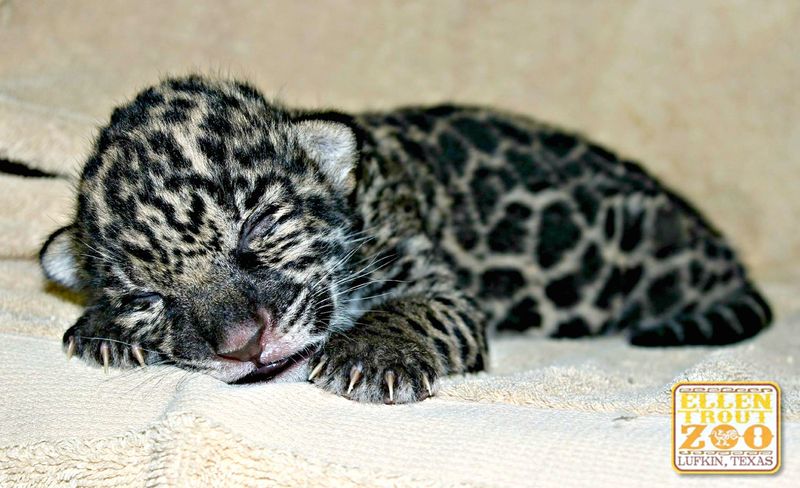 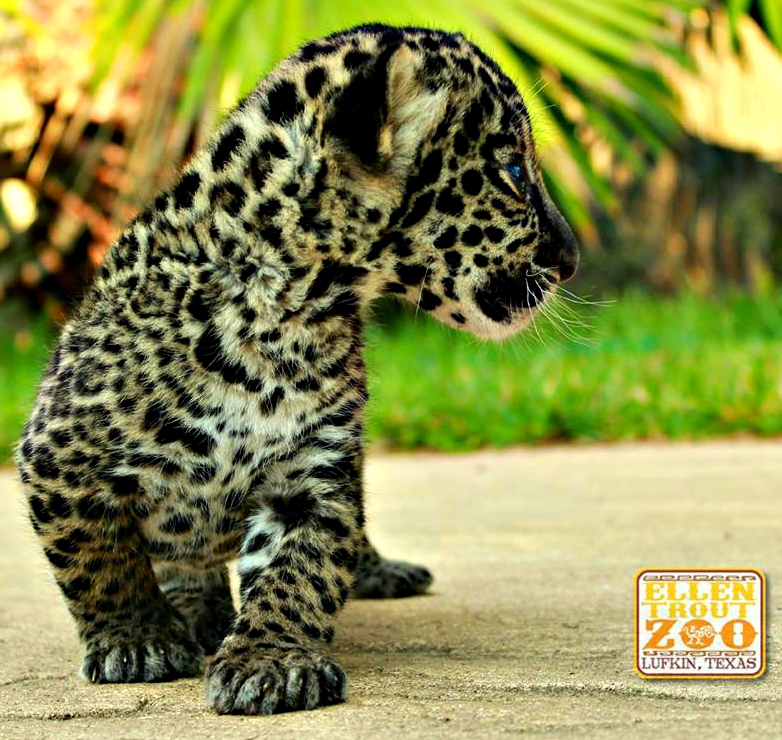 You first read about Balam on ZooBorns here.  Now three weeks old, Balam is gaining weight – he currently weighs nearly four pounds – and is developing normally.  Balam’s keeper’s say he is becoming more coordinated, more active, and is increasingly aware of his surroundings, and although he still trips over his feet, Balam is developing his own Jaguar "swagger."

Jaguars are native to Central and South America, where they inhabit rain forests and wetlands, often living near rivers.  As the top predators in their ecosystem, Jaguars are dependent on sufficient prey levels to sustain themselves.  Jaguars populations are shrinking rapidly as forests are destroyed and converted to agricultural use.  These magnificent cats once ranged into the southwestern United States as recently as the early 20th century, but hunting and isolation from Central American populations put an end to a viable Jaguar population in the US.

See more photos of Balam below. 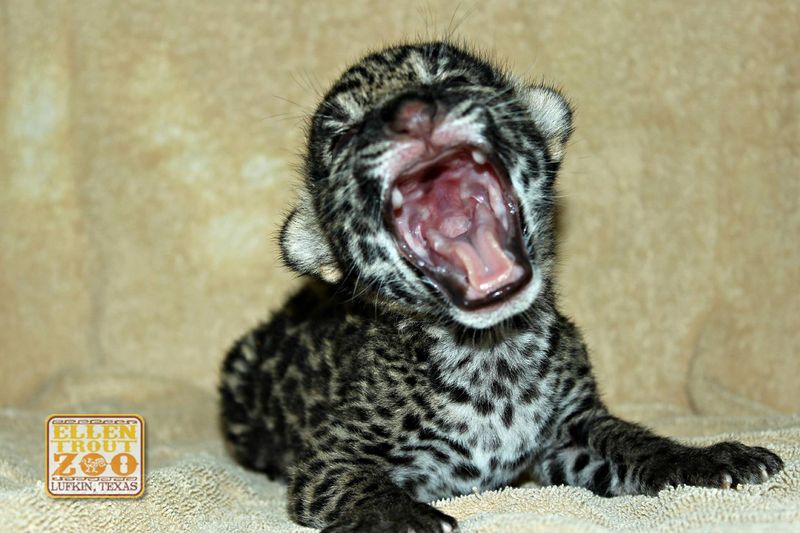 Ellen Trout Zoo, in Texas, recently announced the birth of a male Jaguar cub. The cub was born August 20 to 9-year-old mom, Seraphina, and 3-year-old dad, Kabah. The little boy has been named Balam (Mayan word for jaguar). 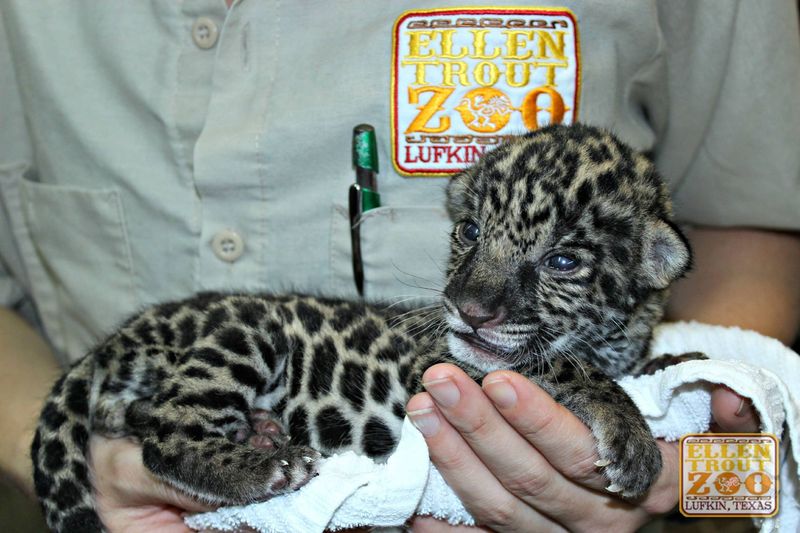 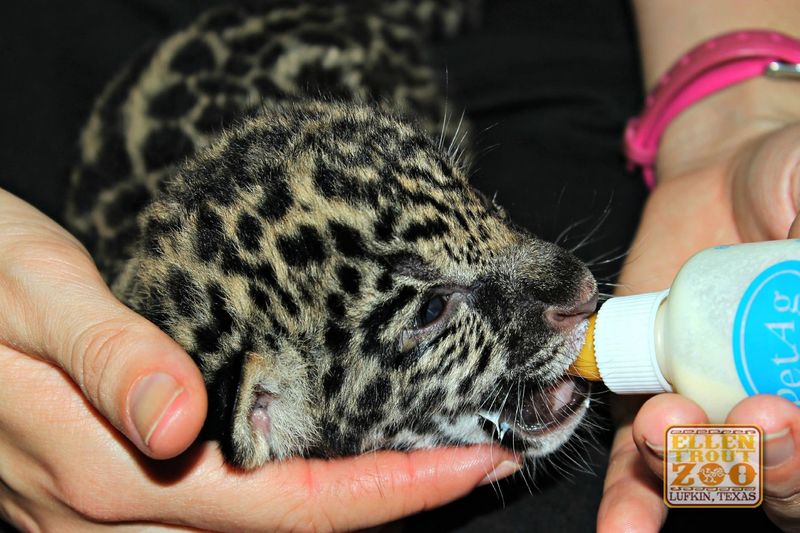 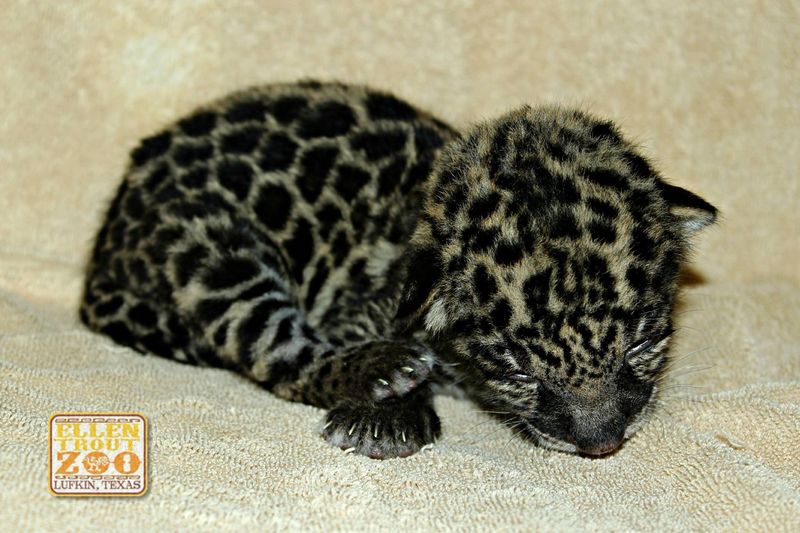 The new cub, which was born as part of the AZA Species Survival Plan, is an important new addition. The last Jaguar birth at Ellen Trout Zoo occurred in 1996 when a litter of three was born at the East Texas zoo.

Seraphina, unfortunately, was not nursing Balam after his birth. Keepers intervened and are now feeding and caring for him. The cub has been doing well under the Zoo Staff’s care and supervision. He weighed 1.6 pounds at birth and is now up to 2 pounds.

The Zoo has not stated when it will be possible to return Balam to the care of his mother. For now, their objective is to provide the attention he needs to ensure he thrives and develops properly.

The cub is not on public view, at the moment. Staff will post regular updates on the Zoo’s media pages, and they will announce when he makes his public debut. 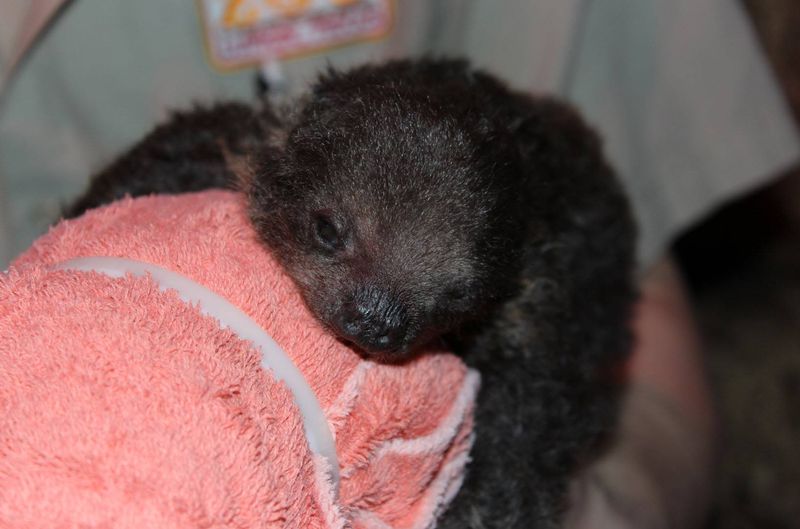 Only three days old in these photos, this male Linne's Two-toed Sloth born at Texas’s Ellen Trout Zoo is already strong enough to hang onto mom’s fur as she climbs about.  The fifth baby for this mother, he arrived on January 16. 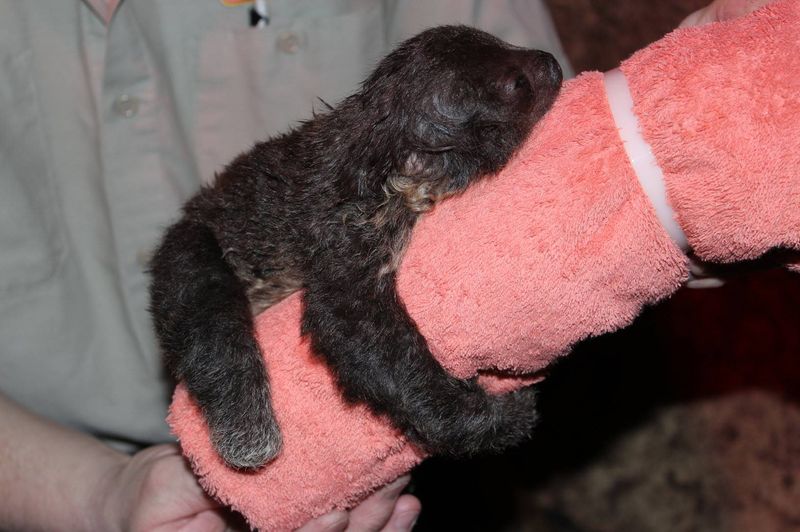 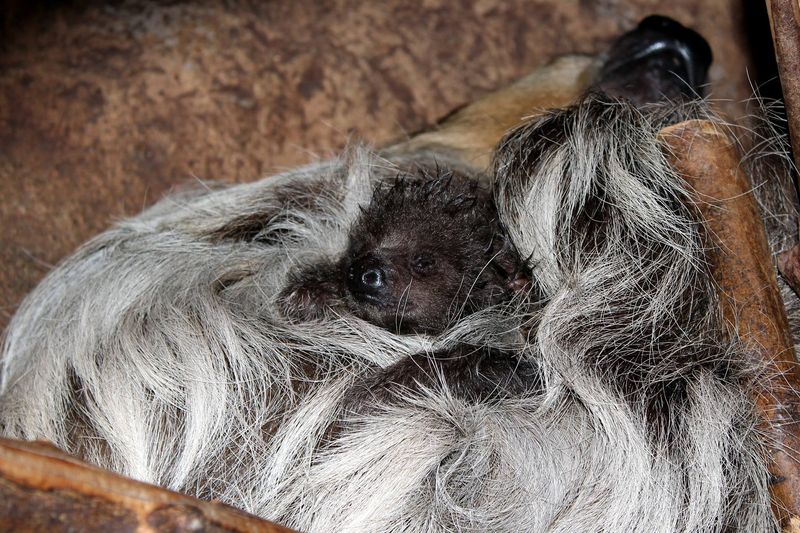 At 24 hours old, the baby had his first veterinary exam and was pronounced healthy.  He’s already had a small weight gain!  Zoo keepers remove the baby from mom daily for a quick weight check.  Mom tolerates this interaction because keepers always give her a healthy treat during the baby’s brief exam.

Linne’s Two-toed Sloths are native to the rain forests of northern South America, where they spend most of their lives high in the treetops.  These sloths feed on plant material and use their long, hooked claws to suspend themselves from tree branches.  Though they are slow-moving, Linne’s Two-toed Sloths are excellent swimmers and can easily cross rivers and streams.