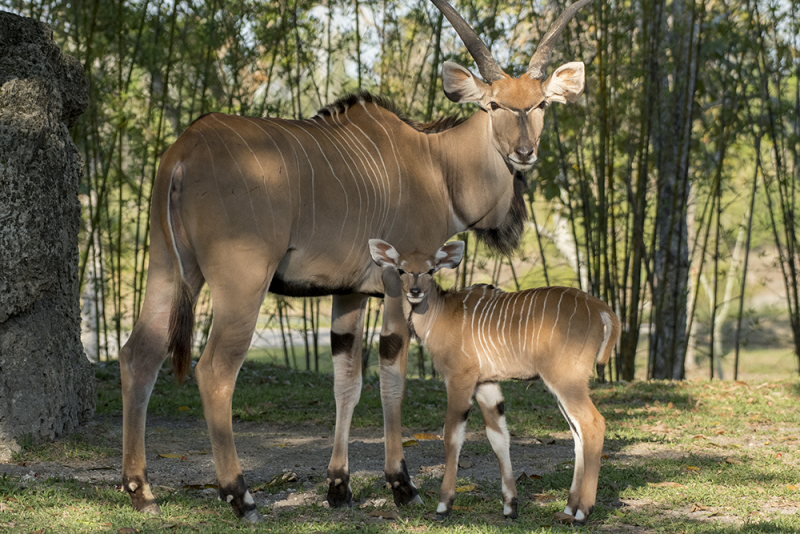 On April 19th, after approximately nine months of gestation, a rare Giant Eland was born. The female calf weighed-in at 62 pounds. She is the third calf for the 6-year-old mother and is the 4-year-old father’s first calf, at Zoo Miami.

After remaining off exhibit for a short time to insure that baby and mother had bonded well, they were introduced to their exhibit to join the rest of the herd. Zoo staff reports that both mother and baby are doing very well and adjusting to the exhibit.

Giant Eland (Taurotragus derbianus) are the world’s largest antelope with males often weighing over 2,000 pounds. Females are significantly smaller. They are found in small areas of the savannahs and woodlands of Central Africa. They are currently listed as “Vulnerable” by the IUCN, with major threats being habitat destruction and hunting for their meat. 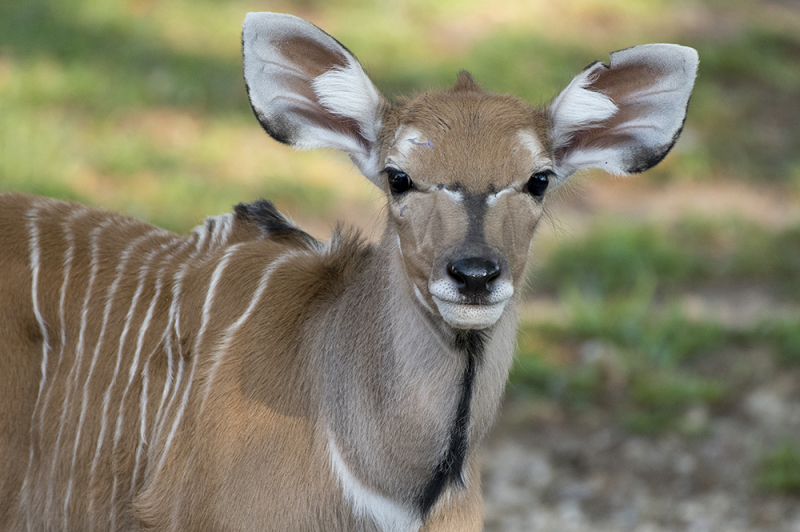 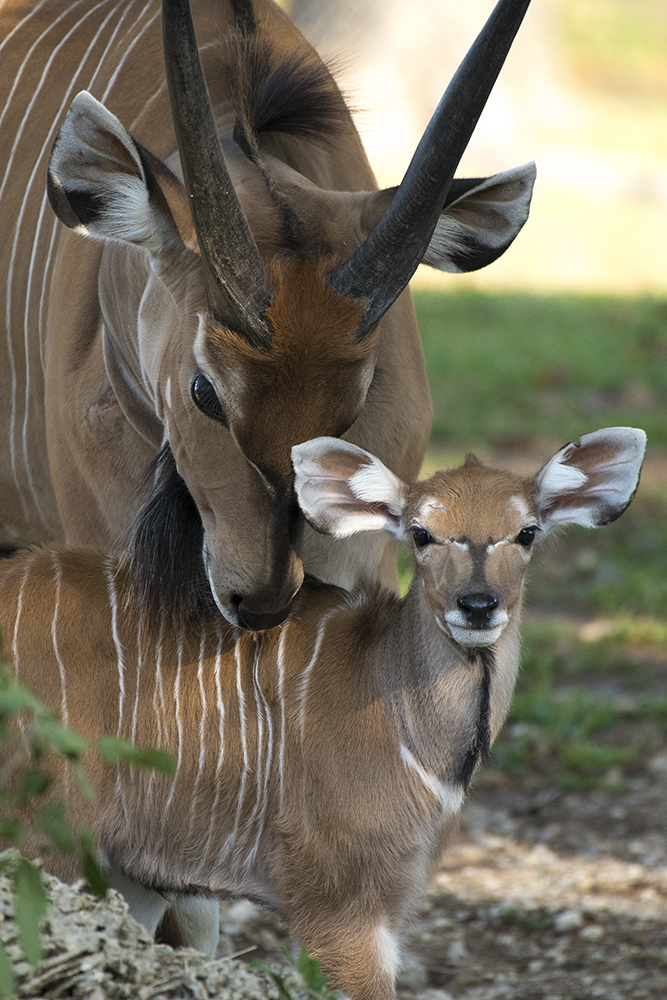 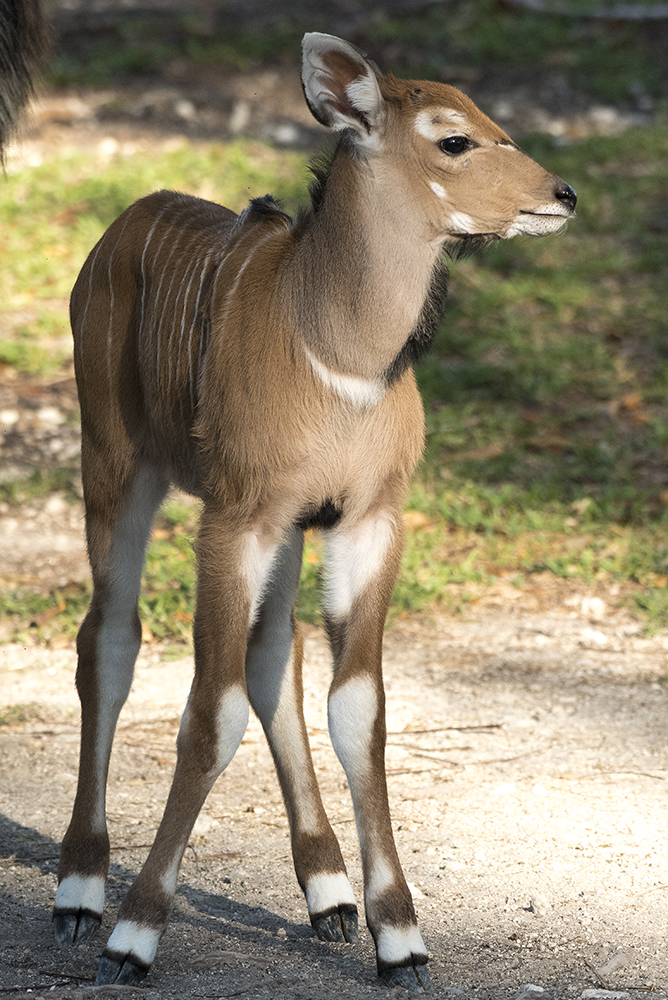 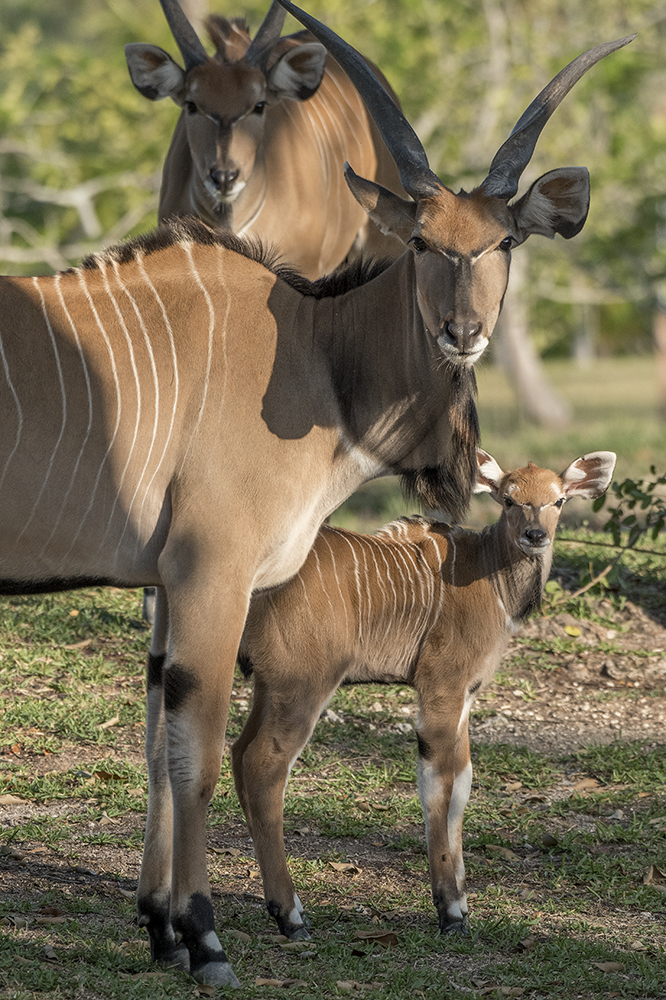 On April 23rd, a female Sable Antelope was born at Zoo Miami. The newborn weighed 35 pounds and was the fourth offspring for her 9-year-old mother. Like the Giant Eland, Sable Antelopes have a pregnancy of approximately nine months.

Sable Antelope (Hippotragus niger) are found in savannah woodlands of Eastern Africa, south of Kenya, and down into South Africa. They are considered one of the most majestic and beautiful of the world’s antelopes. Males can weigh close to 600 pounds. They have majestic ridged horns that curve backwards and can approach four feet long. Females are slightly smaller. The males can become a jet-black color, with contrasting white markings on their face when sexually mature, and the females are dark brown.

Though they are not endangered, their population has been substantially reduced from their historic range due to habitat loss and hunting. They are currently classified as “Least Concern” by the IUCN.

Both new girls are on-exhibit daily at Zoo Miami. 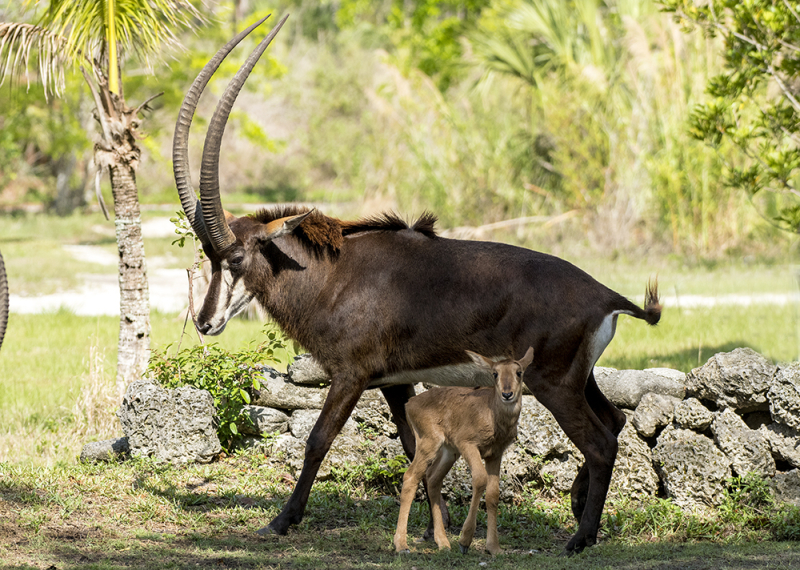 More great pics of the Sable Antelope calf, below the fold! 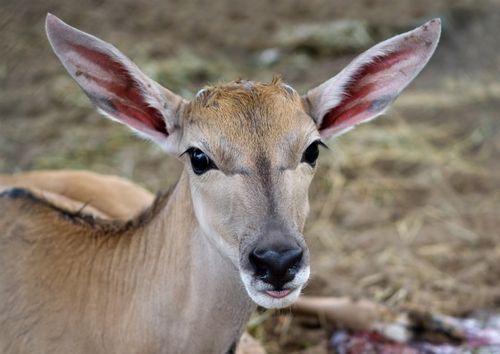 The newest addition to Busch Gardens’ Serengeti Plains was born on August 22: a female eland calf. Weighing in at 50 pounds, this girl will not stay little for long.  Eland are the largest of the antelope species, with adult females weighing around 1,000 lbs.

Even with their bulky stature, eland antelope have a great adaptation: they can jump 8-10 feet straight up in the air from a standing position. Both males and females characteristically have thick, spiral horns, which can reach lengths of 3-4 feet. But to protect the mother, the calf doesn’t have horns at birth; her full set will grow in after about two years. She is now happily nursing and growing.

The Serengeti Plain’s eland herd now numbers 11 antelope, with this calf being the second to be born this season. The other female calf, which was born just over a month ago on July 17, is already twice her size. 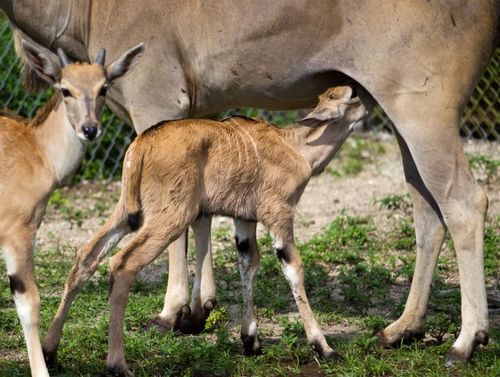 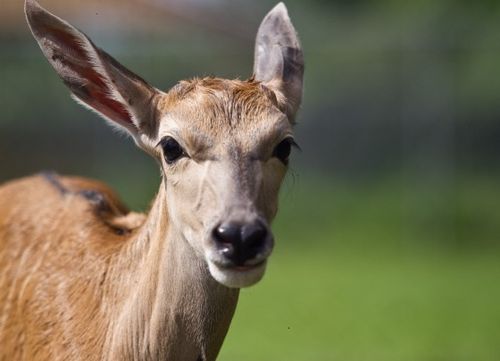