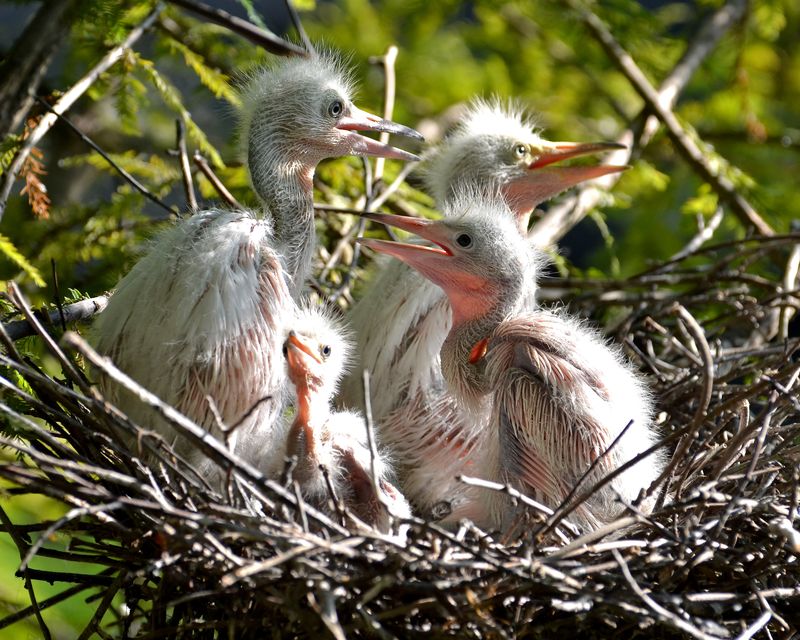 The Virginia Living Museum’s Coastal Plains Aviary is now home to four Snowy Egret hatchlings! The quad emerged between July 14 and 18, and they are expected to stay in the nest for about four weeks.

Both Egret parents have been working diligently to feed their young and guard the nest. The parents feed the babies a mixture of flies and fish. 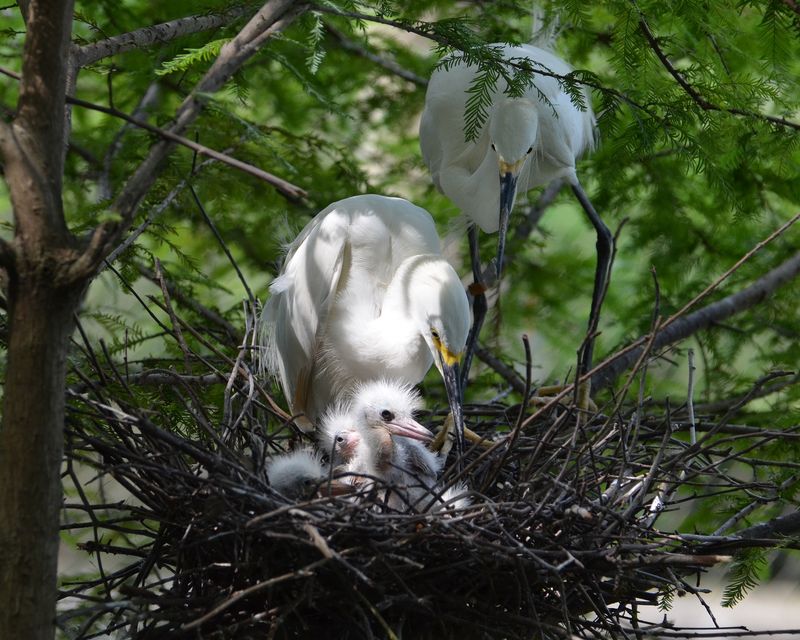 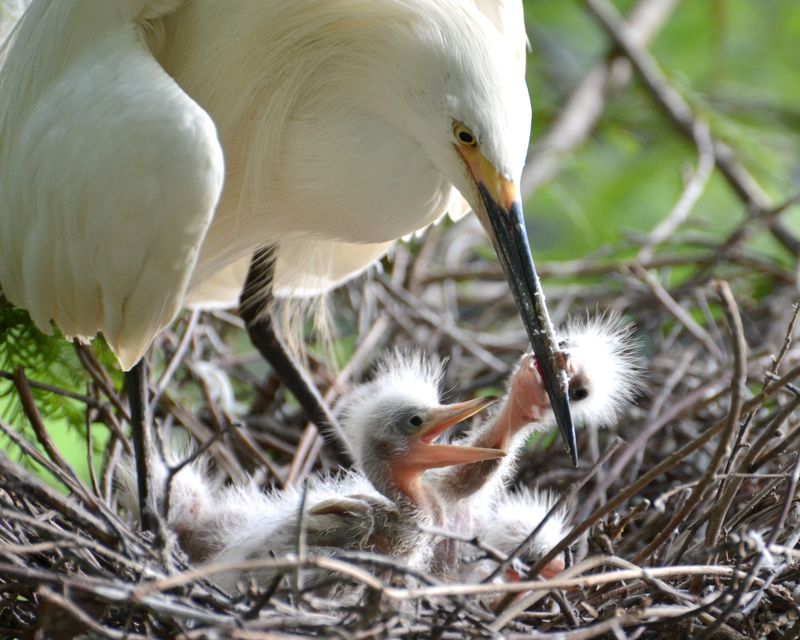 The Museum, in partnership with local television affiliate WVEC ABC13, is providing a unique way for fans of the Egrets to get a “birds-eye” view of their lives. You can watch their nest in real-time video stream, 24/7! Just go to the Virginia Living Museum’s webpage: http://thevlm.org/  --or-- follow this direct link: http://thevlm.org/explore/virginia-life/animals/snowy-egret-babies/

The Snowy Egret is a small white heron. It is the American counterpart to the very similar ‘Old World’ Little Egret, which established a foothold in the Bahamas. At one time, the beautiful plumes of the Snowy Egret were in great demand by market hunters as decorations for women’s hats. This demand reduced the population of the species to dangerously low levels. Now protected in the United States by law, under the Migratory Bird Treaty Act, this bird’s population has rebounded.

Snowy Egrets are permanent residents in most of South America and Central America. In the United States, they are often residents along the Atlantic coast north to Virginia Beach, VA, along the Gulf Coast, and along the Pacific lowlands from central California southward. During breeding season, they wander north along the Atlantic flyway between the lower Chesapeake Bay and coastal Rhode Island, and up the Pacific Coast to northern California. Snowy Egrets also breed in the lower Mississippi Valley westward into eastern Texas.

More beautiful pics, below the fold!