There are over 200 species of Moray eels. Worldwide, not one of them had been successfully bred until recently. At Zoo Vienna Schönbrunn in Austria, a Black Ribbon Moray laid a clutch of fertilized eggs. This fact alone is quite a sensation. But it gets better: some larvae even hatched!

"It is the first time that the hatching of Morays could be observed. Up to now, nobody knew what the larvae look like, what they eat and how they behave“, explains the zoo’s director Dagmar Schratter.

The breeding of Morays is completely new territory. The successful event in Schönbrunn Zoo supplies the first information - completely unknown up to now - about the development of their eggs and larvae. 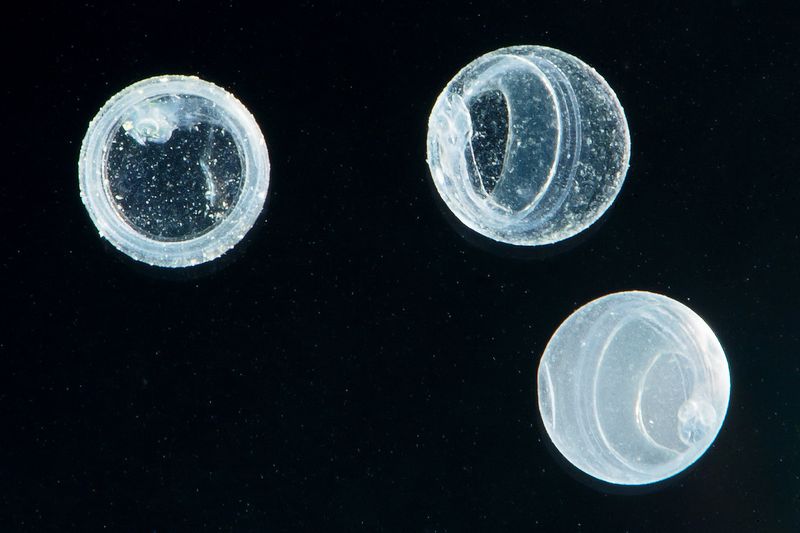 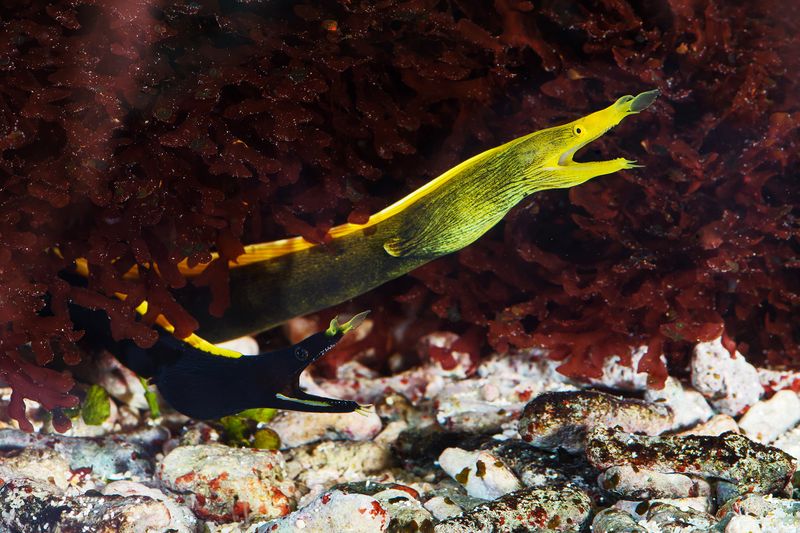 Moray parents: sexually mature females are yellow, the males black or blue. They live in the the coral reefs of the Indo Pacific. Photo credits: Schönbrunn Zoo / Daniel Zupanc

"The heartbeat of the Moray larvae was clearly visible in the transparent egg. At the time of hatching, the larvae are only about one centimeter long and look like little deep-sea monsters with their long teeth," says Anton Weissenbacher, head of the Aquarium House. The animal keepers succeeded in offering the larvae adequate food and shortly after hatching they already started to eat.

The breeding facility was not adapted to the special needs of the Moray larvae, because there was no knowledge based on experience to fall back on. The larvae could be kept alive for one week and the development of the creatures was closely watched and documented. According to the zoo, these first steps promise great hope for the future breeding and study of these creatures.

Weissenbacher says, "We have been able to learn a great deal in this short time and are now adapting the facility accordingly. All that remains is to hope for another oviposition [deposition of eggs] of our Black Ribbon Morays in the near future.“ 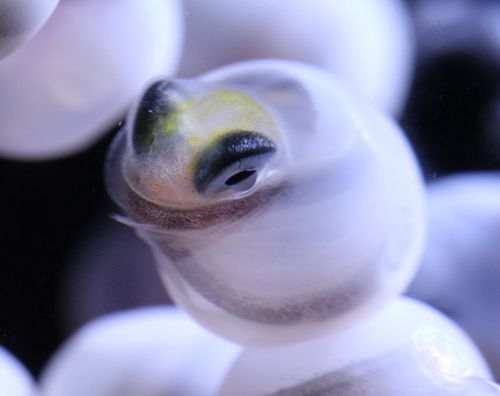 In late March, we brought you news of Birch Aquarium at Scripps' hatching of 250 tiny Wolf-eels. The Aquarium has just released stunning close-up images of the remaining eggs. The pictures, taken by Peter Kragh, show the eels at the very moment of birth. Adult Wolf-eels are generally curious and friendly, despite measuring 80 inches or more when fully grown. 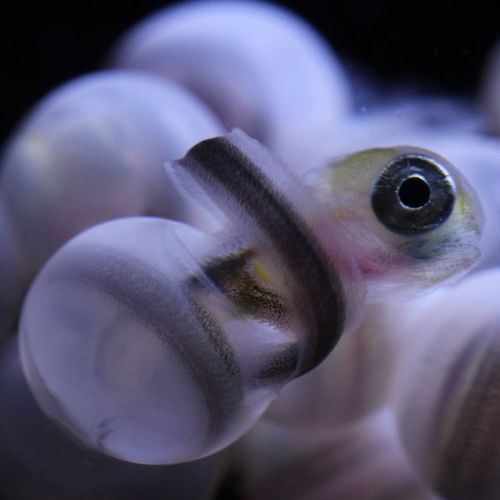 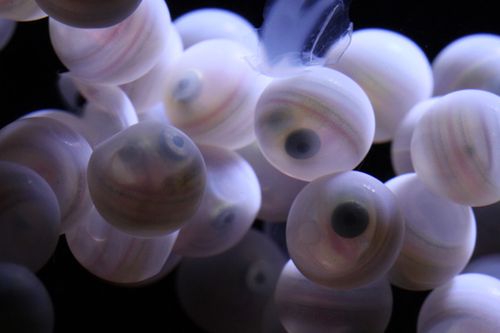 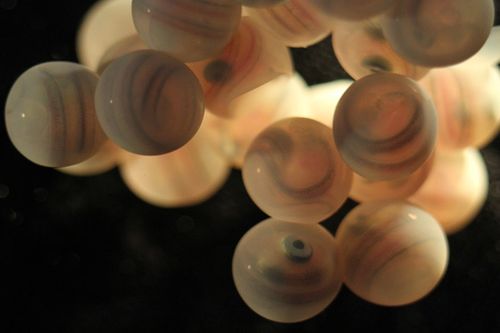 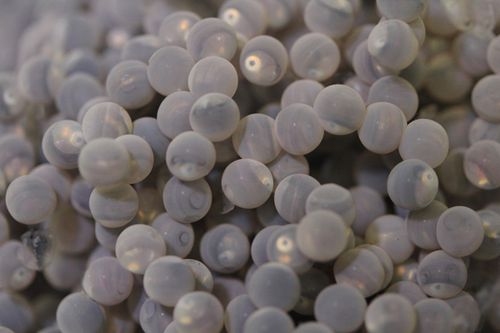 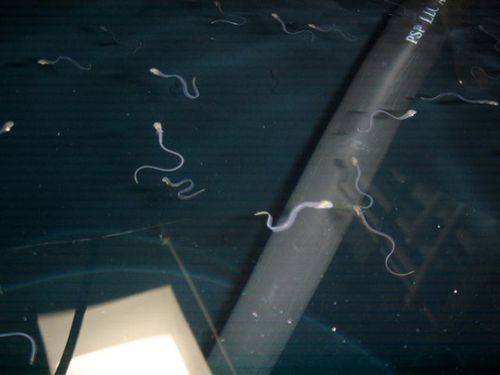 Birch Aquarium at Scripps is proud to announce the hatching of baby Wolf-Eels! Birch aquarists have so far collected about 250 Wolf-Eels from the mass of eggs, with another few hundred expected to hatch over the next two weeks. The tiny fish are born brownish-pink, about 1 1/2 inches in length. They begin to turn dark gray within a day or so, and begin snacking on tiny shrimp after a few days. They will grow to several feet in length. Check out the video below of aquarist Mark Ball overseeing the hatching! 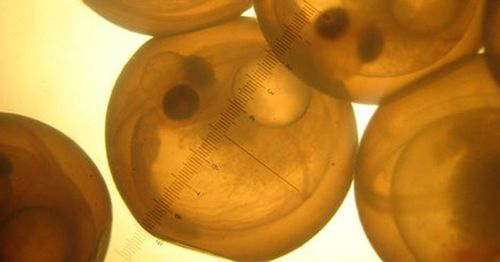 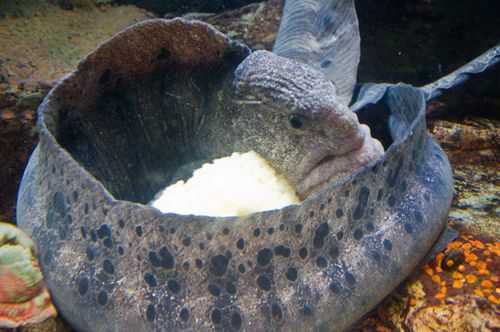