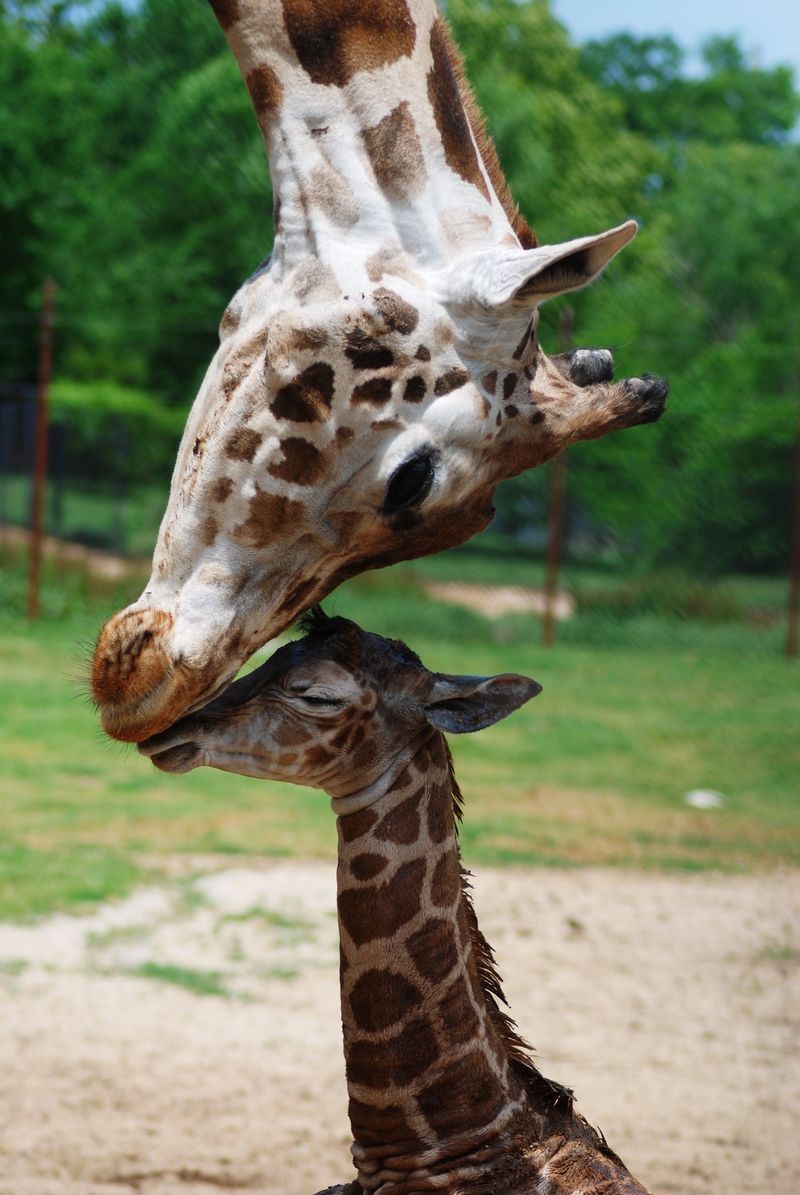 A baby Giraffe was born on exhibit at the Dickerson Park Zoo on May 19 while zoo staff and curious visitors looked on.  These photos were taken in the first hours after the birth. 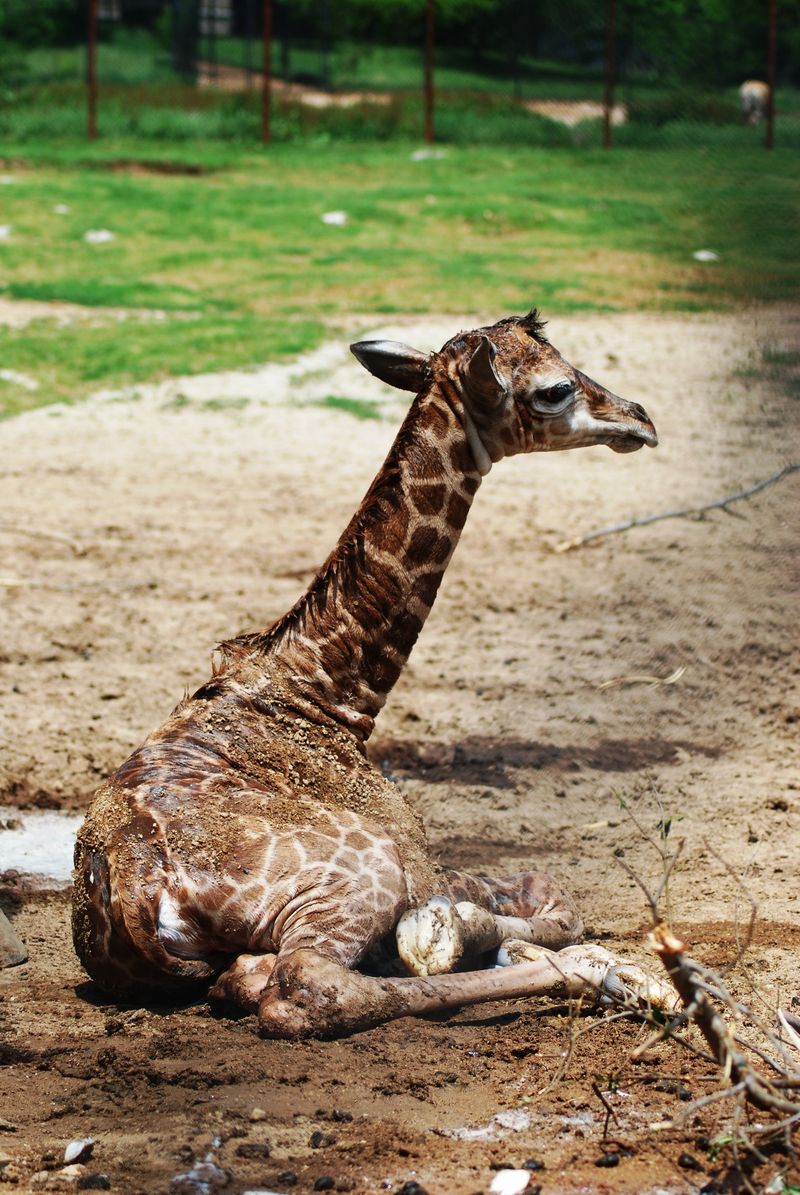 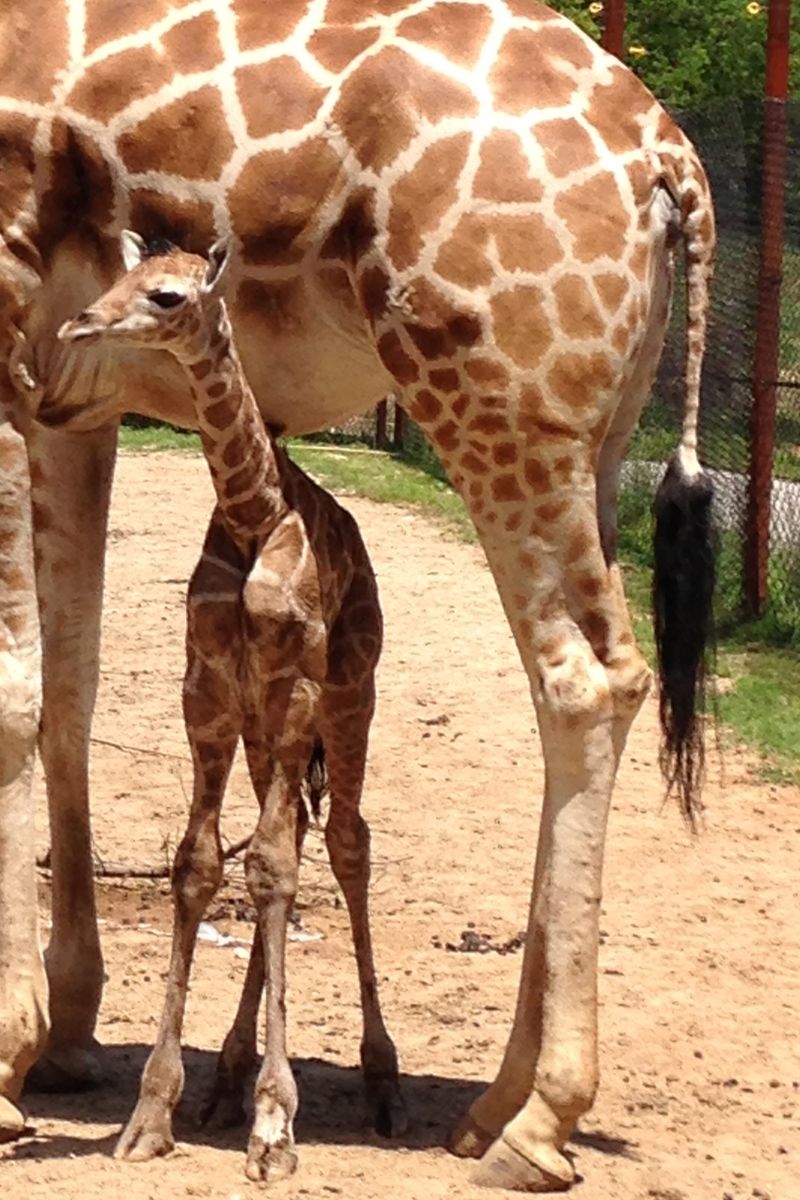 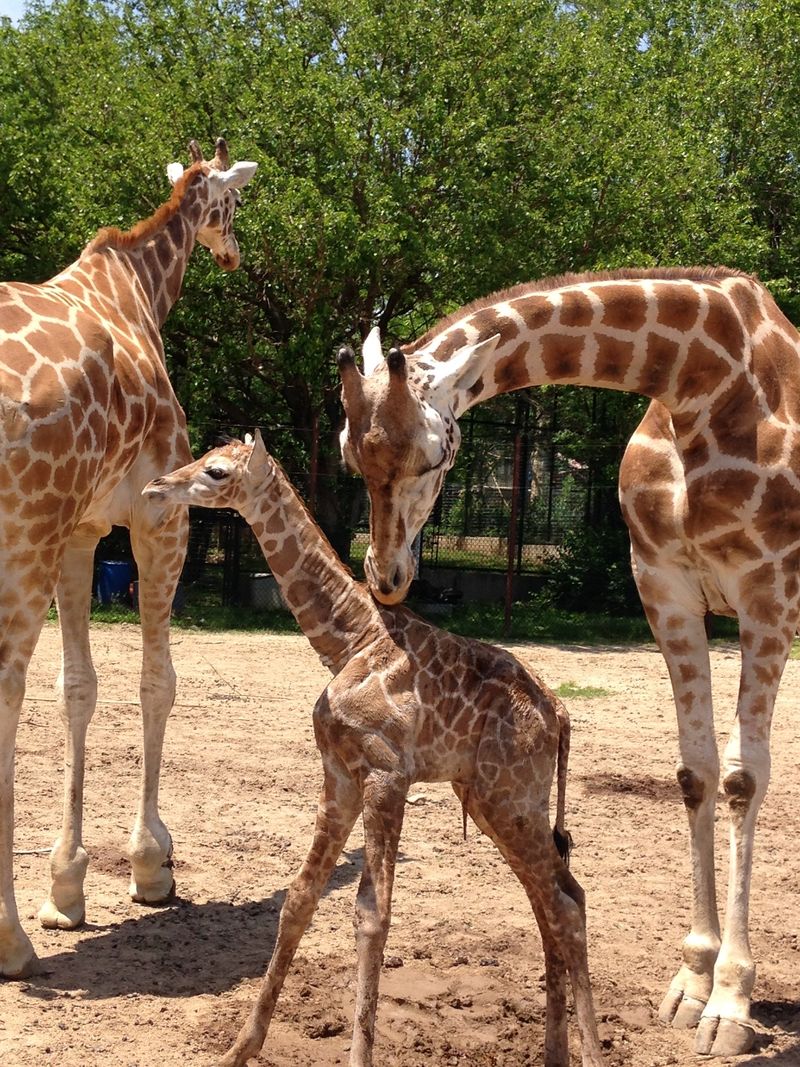 The calf, whose gender has not been confirmed and who has not yet been named, appears healthy.  The calf met two important milestones – standing and nursing – within two hours of birth.

This is the 12th calf for 21-year-old Gidget.  As an experienced mother, Gidget immediately began licking her calf clean after the birth.  Like most Giraffe calves, this newborn is about six feet tall.

Giraffes are pregnant for 14-15 months and give birth standing up.  Calves drop about six feet to the ground and begin trying to stand shortly afterward.  In the wild, it is important for calves to stand and walk as soon as possible to avoid becoming prey for lions or hyenas. 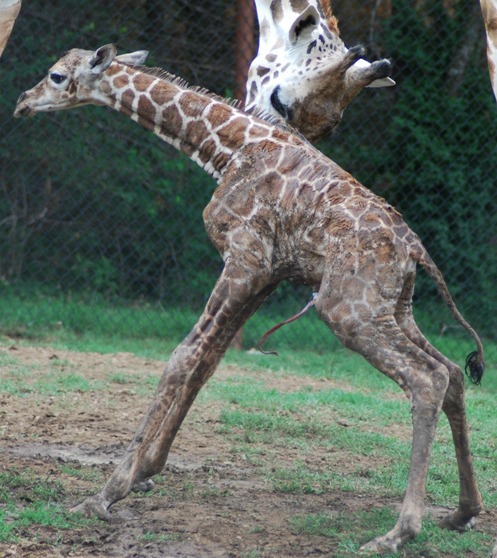 On September 18, while keepers and zoo guests watched in amazement, 19-year-old Cheka the Giraffe delivered a healthy female calf at Missouri's Dickerson Park Zoo.  Covered in dirt after her delivery and with the umbilicus visible on her belly, the six-and-a-half-foot tall baby Giraffe struggled to her feet and took her first wobbly steps within an hour of birth (see video). 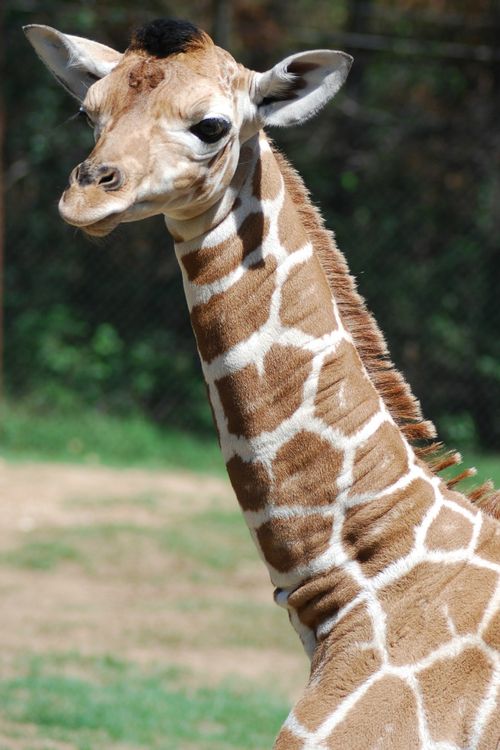 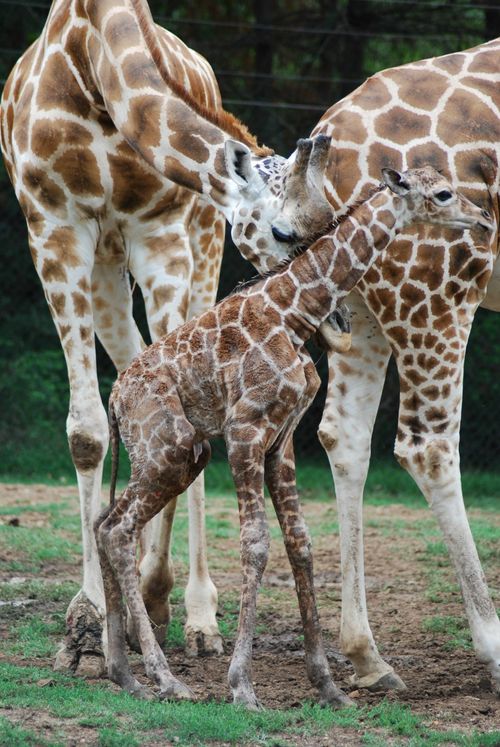 The baby Giraffe was named Pammy J. or P.J. by zoo keepers and is the first calf sired by Peperuka, the zoo's bull Giraffe, who arrived in 2011.  Pammy J. is Cheka's ninth calf.  Three other female Giraffes at Dickerson Park Zoo are pregnant, and all are expected to deliver in the next three to four months.

Giraffes give birth standing up.  The calf emerges front feet and nose first, then falls six or more feet to the ground.  The mother immediately begins licking the baby, cleaning it and stimulating the newborn to stand.  In Giraffes' native African home, it is important that calves stand and walk within an hour to avoid falling prey to a hungry lion.