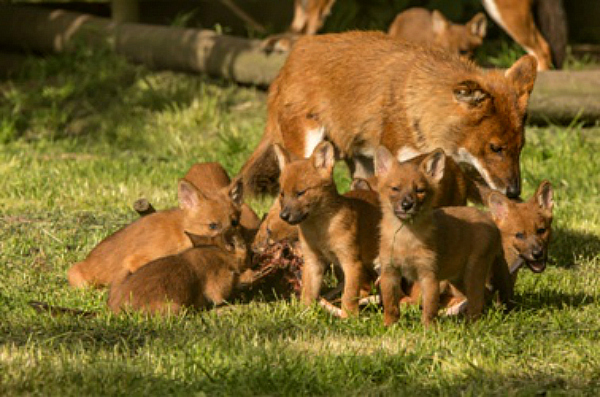 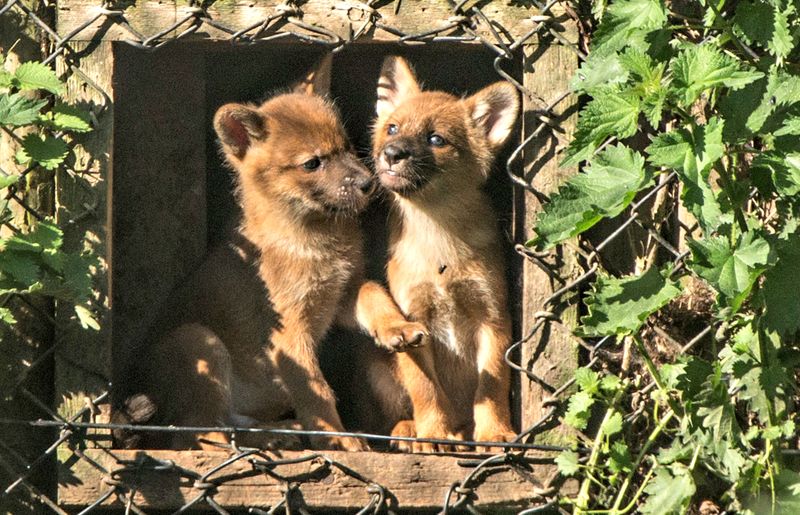 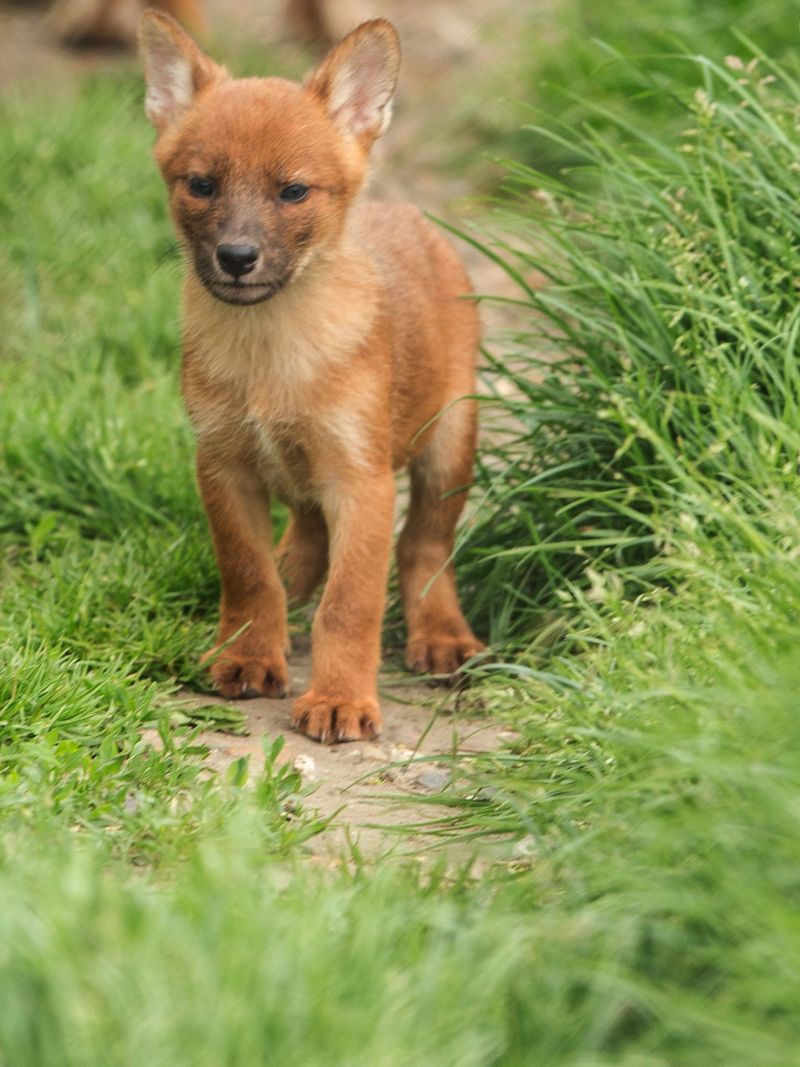 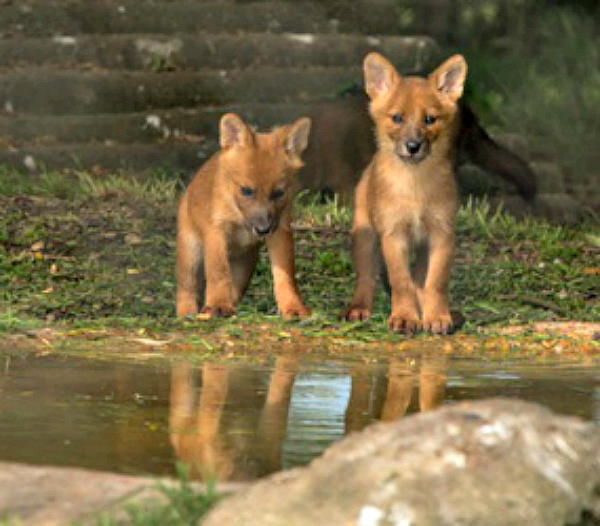 Dholes, also known as Asiatic Wild Dogs, typically have litters of four to ten pups.  “To have a litter of 12 healthy and active pups is quite unusual,” said Ben Warren, head of the park’s Carnivore Section.  “The pups are getting really confident now and love playing around and annoying the adults, they’re really entertaining to watch.”

Dholes typically live in large packs.  Once weaned, the pups are cared for and fed by the entire pack. Packs work together to take down large deer, wild boar, and cattle.  Unlike other pack hunters, like wolves, who allow the dominant adults to feed first at a kill, Dholes give priority to pups.  Nursing females and their young are fed regurgitated food by other members of the pack.

Dholes have an unusual and varied vocal range, and communicate using a series of squeaks, whistles, and barks.

Once found in most of Southern and eastern Asia, Dholes now live only in parts of India, Tibet, Bhutan, and extreme southeast Asia due to illegal hunting and habitat loss. Dholes are listed as Endangered by the International Union for Conservation of Nature. 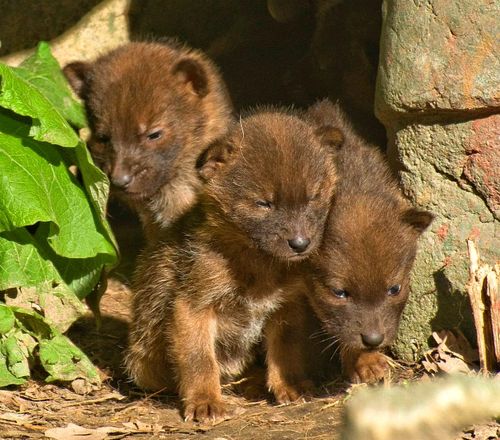 On April 12, the Minnesota Zoo welcomed its first-ever litter of endangered Dhole pups and on April 14th, the Zoo welcomed a second litter! These births mark the 10th and 11th litters ever born in the United States. Dholes are exhibited at only two other North American institutions besides the Minnesota Zoo. This also marks the first time ZooBorns has shared these fascinating canines.

The pups are currently in their “toddler” stage, just starting to venture outside of the den. At this time, the exact number of pups is unclear as keepers are giving mothers and pups time to bond and have not ventured into the den, but current estimates are around four pups. The two adult females are sharing maternal duties so the exact parentage of the pups is still unknown. 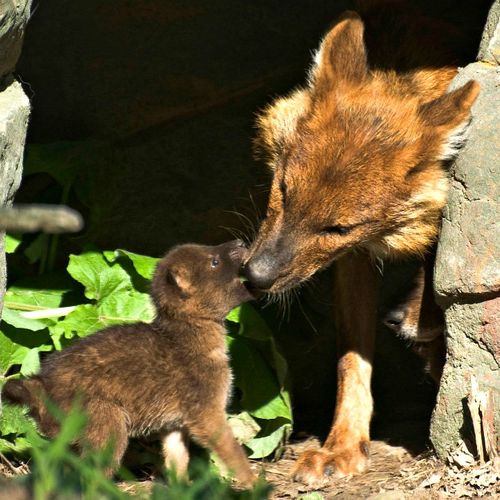 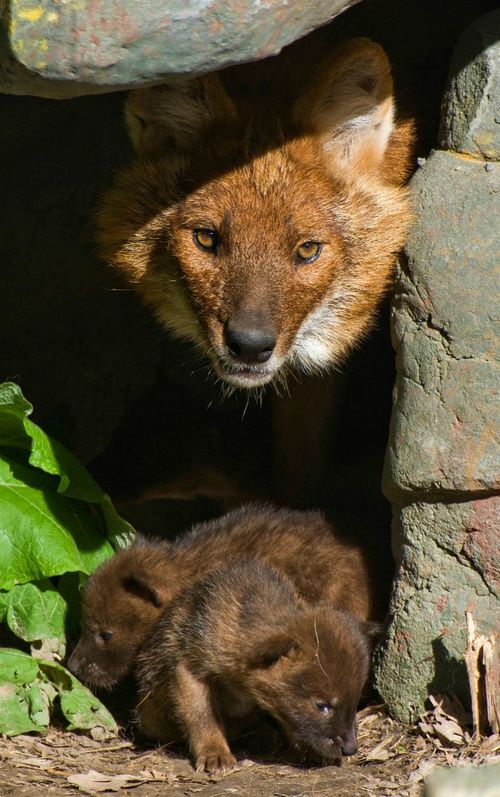 Also known as Asian wild dogs, Dholes are a primitive canine species that reside in highly structured social packs. Highly adaptable, they live in diverse habitats in Thailand, Russia, China, and India in areas with plenty of prey, water and suitable den sites. Exclusive carnivores, the Dhole’s diet consists of mostly small to medium-sized deer and wild boar. They den in abandoned burrows and have litters of up to 12 pups. All members of the pack care for the litter.

With less than 2,500 in the wild, Dholes are an endangered species. Due to human population growth in Asia, major threats to the species include habitat loss, lack of prey, and disease from domestic and feral dogs. The Minnesota Zoo supports Dhole conservation in Thailand.