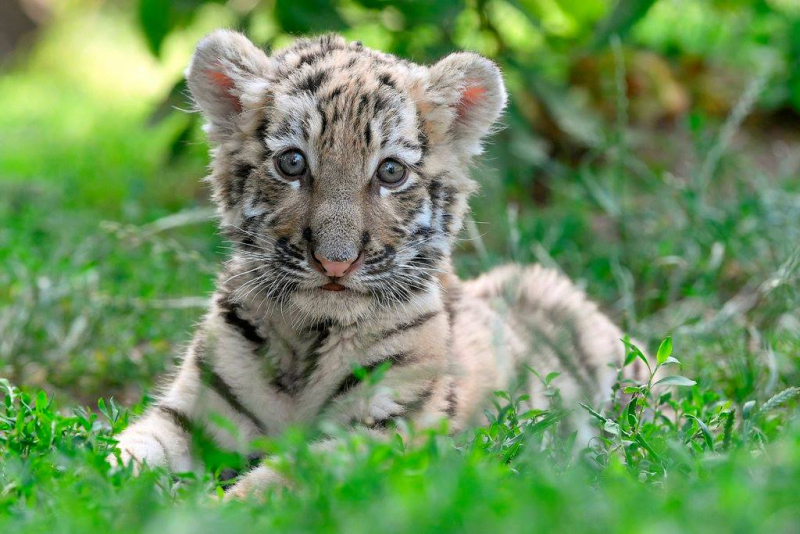 A forty-year-old dream has come true with the birth of the first Amur Tiger cub at Debrecen Zoo & Amusement Park. The handsome cub is now more than 7-weeks-old and has remained in healthy condition.

There are only around 3,600 tigers in the World, and half of them are living in Zoos and Wildlife sanctuaries. Debrecen Zoo & Amusement Park has been keeping the Amur Tiger subspecies since 1973.

This subspecies, along with the Sumatran Tiger subspecies, is part of the European Association of Zoos and Aquarium’s (EAZA) European Endangered Species Programme (EEP).

The parents of the new tiger cub are: Mishka, who arrived from Zoo African Safari, and first-time mother, Rose, who was born at Port Lympne Reserve. The pair arrived at Debrecen in 2014 and, according to keepers, quickly “fell in love”. 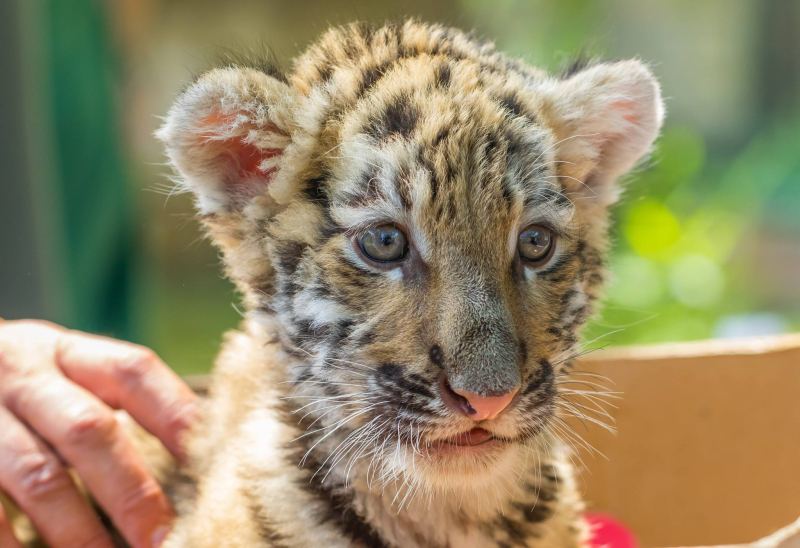 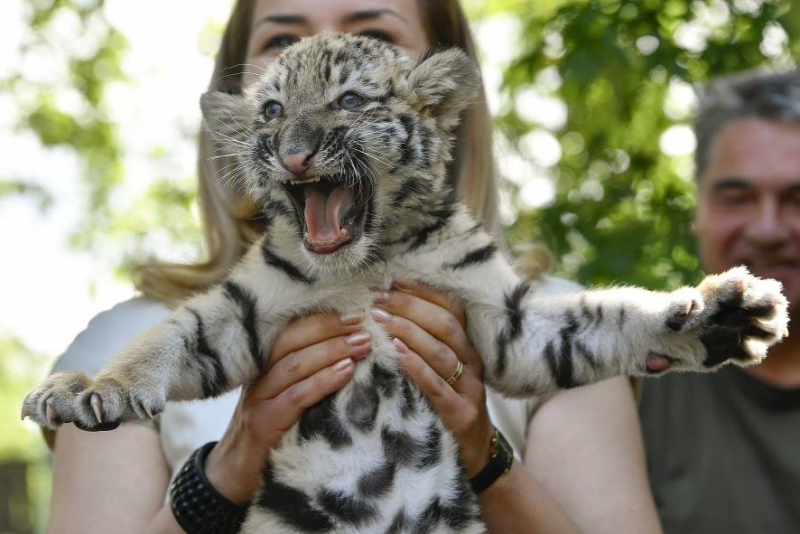 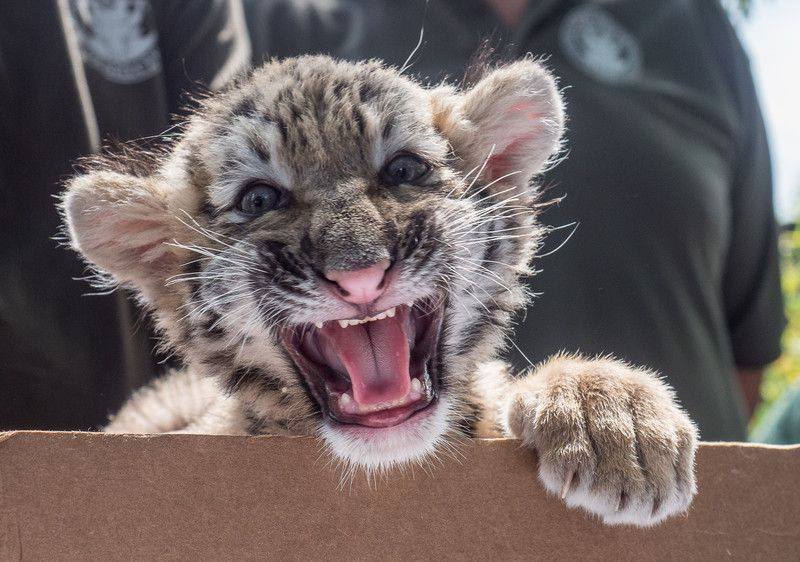 Unfortunately, new mother Rose’s maternal instincts did not kick in after the cub was born. Zookeepers made the important decision to hand-raise the cub in an effort to ensure his proper care. Debrecen staff relates that it’s not uncommon for first-time tiger moms not to know what to do. They want to communicate that their colleagues are doing their best to help him grow strong and healthy.

The curious cub is now welcoming visitors every day at 10AM and 2PM, in the Zoo’s Tiger Exhibit. A newborn South American Tapir lies next to her mother at the Debrecen Zoo in Debrecen, Hungary. The baby, a female, was born on April 15 after a 13-month gestation. She weighed a little over 13 pounds (6000 grams). Her parents, Sam and Luna, came to the zoo in March 2011 as part of a species conservation program. The baby will be raised together with her parents for almost a year.

Tapirs are endangered; their numbers have declined in the wild mainly due to a shrinking habitat and poaching for both their hide and meat. 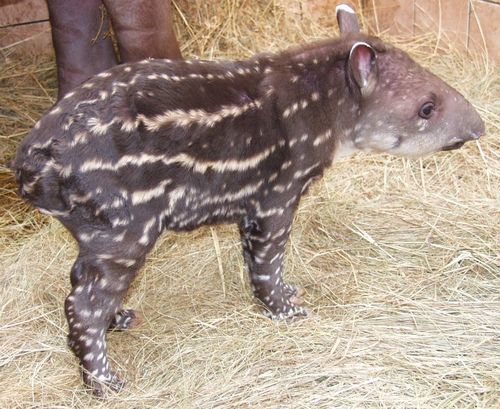 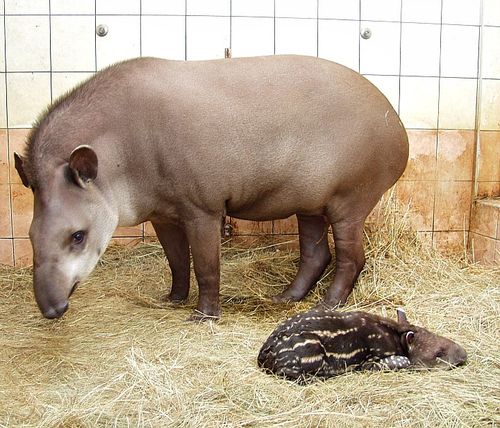 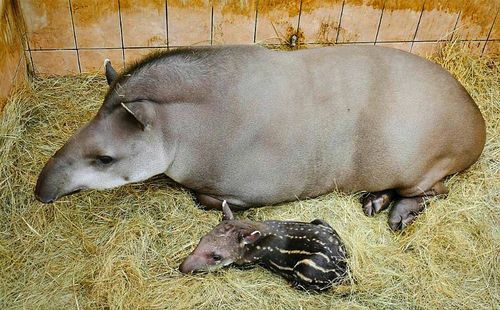