A baby De Brazza's monkey named Kanani was born December 19th at the Denver Zoo. An adventurous and independent-minded little monkey, Kanani likes to wriggle away from mom and explore her surroundings on her own. Kanani's father was rescued from a black market in Africa as a baby and mother Kisoro was born at the Fort Wayne Children's Zoo. 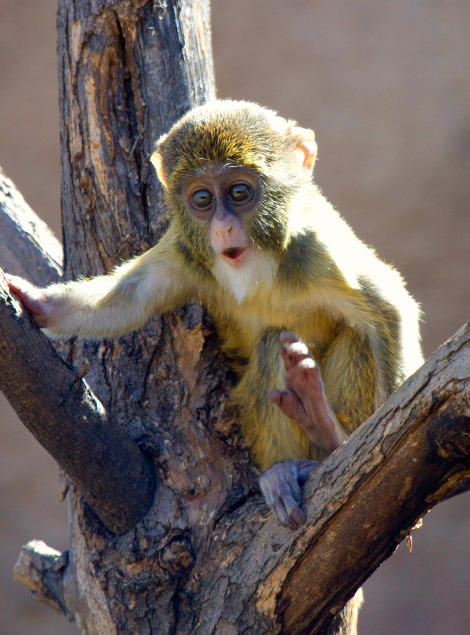 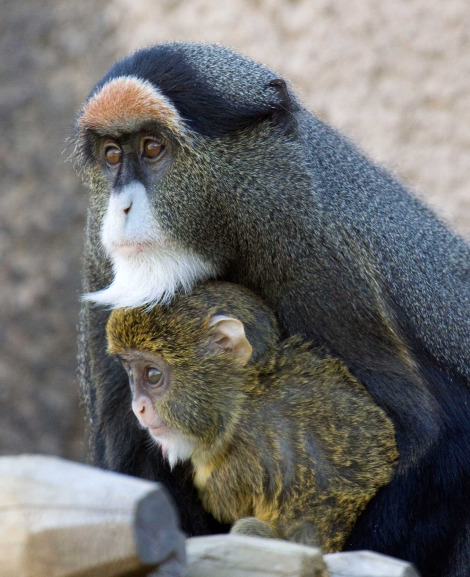 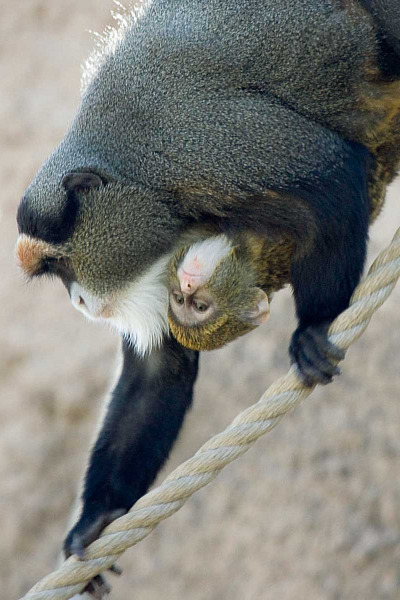 Old World primates, De Brazza's monkeys are notable for their habit of freezing in place and remaining totally still when they sense danger. Clearly the animated little Kanani in the video below is not too worried.