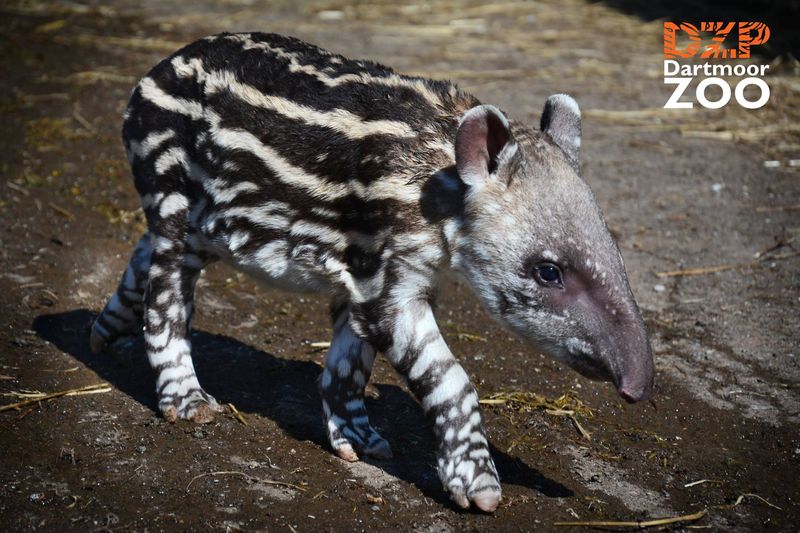 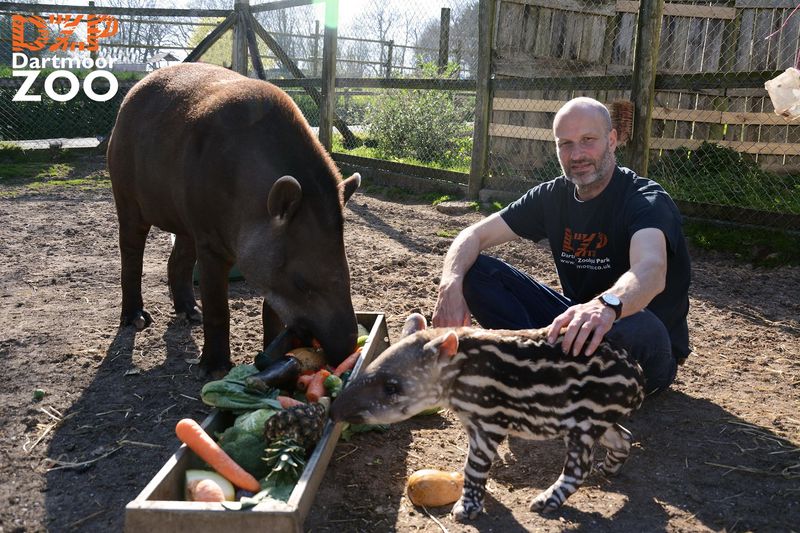 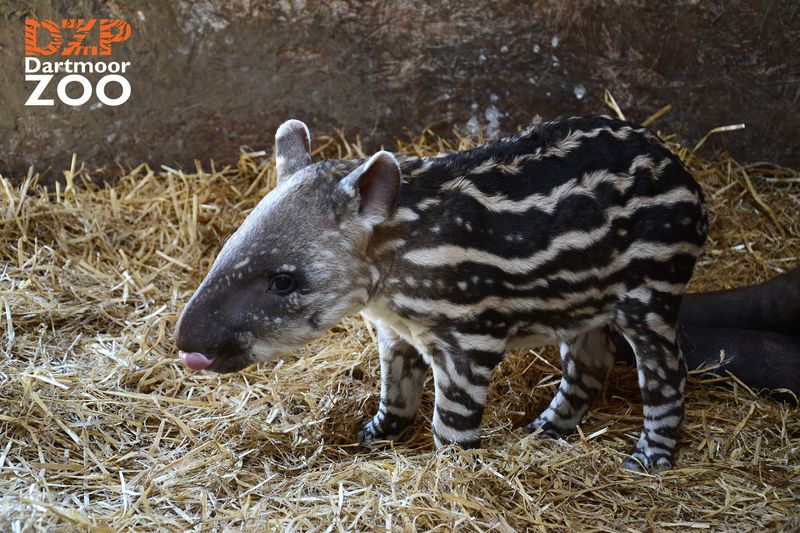 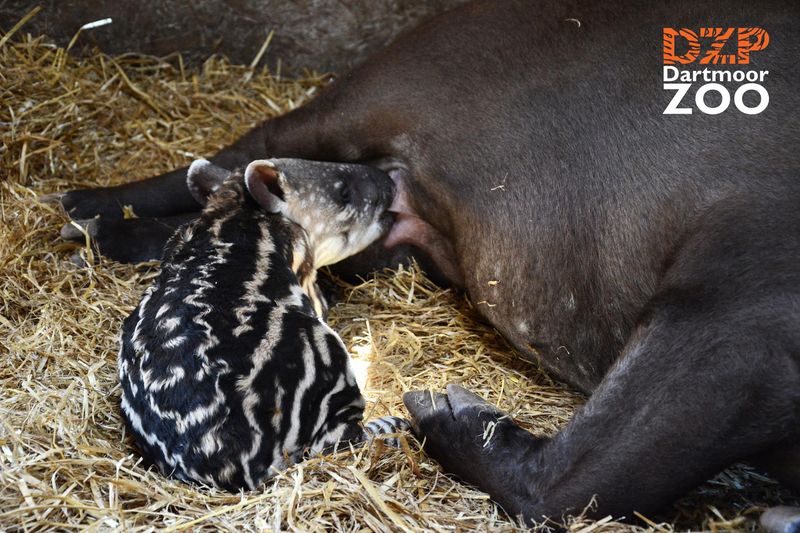 Rofilho is Chana’s third son. He was named in honor of his father ‘Roger’, who, sadly, passed away a year ago. In Portuguese, ‘filho’ means son, and preceded by ‘Ro’, the new young man’s name means “Roger’s son”.

Tiny Rofilho has been a welcome surprise legacy for the Dartmoor family. The gestation period for a tapir is about 13 months, and it is very hard to tell if a female is pregnant, until the last month or so, when she begins producing milk in preparation.

The South American Tapir, or Brazilian Tapir, is one of five species in the tapir family, along with the Mountain Tapir, Malayan Tapir, Baird’s Tapir, and the Kabomani Tapir. It is the second-largest land mammal in South America, after the Baird’s Tapir.

The tapir is a herbivore. It uses its mobile snout to feed on leaves, buds, shoots, and small branches it tears from trees. Tapirs also enjoy fruit, grasses, and aquatic plants.

The Brazilian Tapir is currently classified as “Vulnerable” on the IUCN Red List. Dwindling numbers are due to poaching for meat and their hides. Habitat destruction also plays a role in their endangerment. 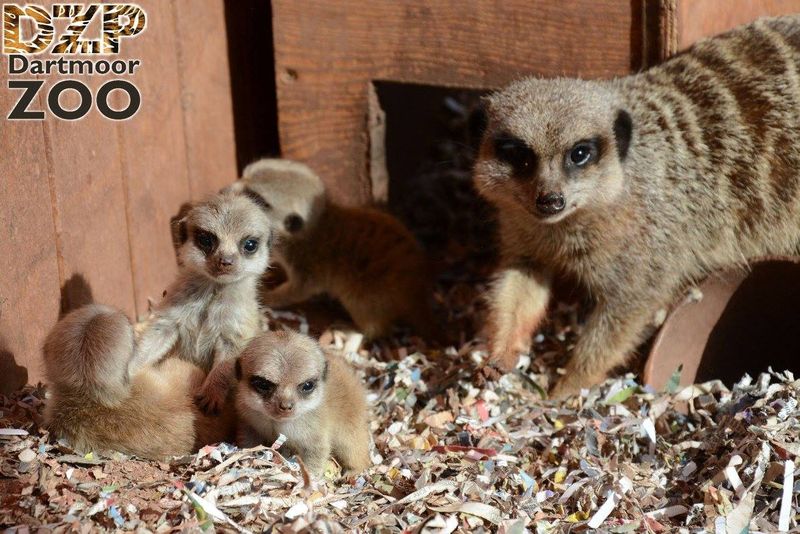 Dartmoor Zoological Park, in the UK, is very proud to announce that ‘Xena’, Meerkat mum-in-residence, has given birth to four kits! 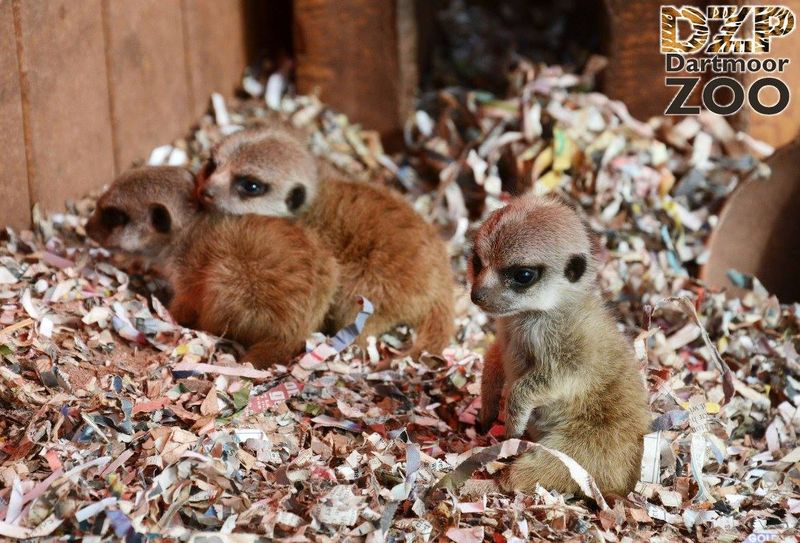 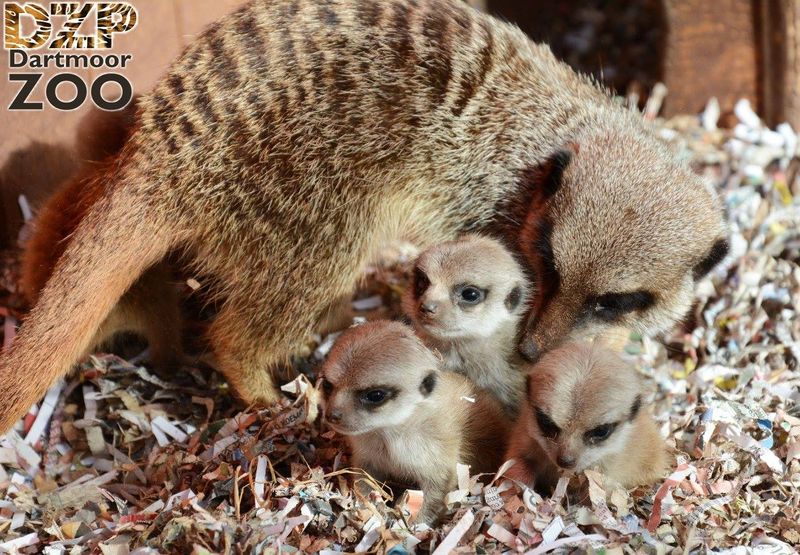 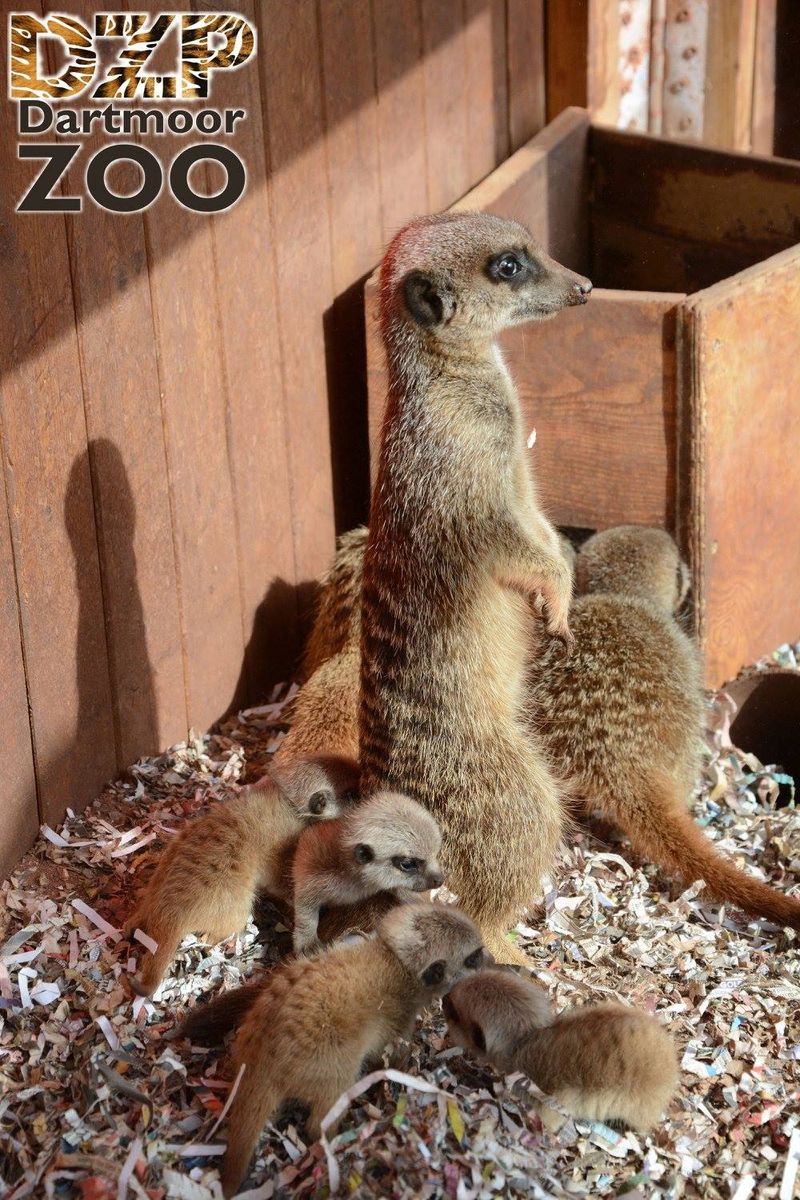 Head Keeper Mike Downman said, “Mum Xena is a very experienced mother, and… it's good to give her a bit of recognition.”

This is Xena’s fifth litter of healthy kits. Some of her offspring are on show at the zoo, while others have been transferred to other collections in the region.

“We don’t know yet which are male or female,” says Mike. “The group is very protective of the new arrivals so it will be a while before we can get a close enough look.”

The kits are now four weeks old, and despite the mystery of what sex they are, the Park is eager to find names for the litter. Name suggestions can be submitted to Dartmoor Zoological Park’s facebook page. 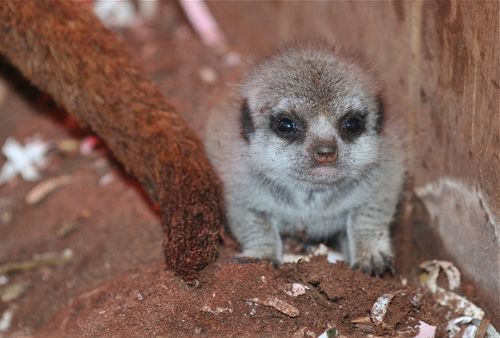 Christmas came a little early at the UK's Dartmoor Zoological Park when three adorable Meerkat pups were born just before last month's holiday. Adults Sue and Timon arrived at the zoo in the spring of 2010 and while they settled in well, they left keepers waiting for the kits they were hoping for despite the fact that Sue was an experienced mother.

Things started to take a positive turn when the zoo received another female named Xena this past summer. "We were apprehensive because meerkats are very territorial, but we were very careful and it seemed to work," said operations manager George Hyde.

Xena certainly seems to be getting along just fine with Timon and gave birth to their three offspring, a male and two females, just before Christmas. Sue, being an experienced mother, immediately began helping with mothering duties. Xena shouldn't mind the help caring for her dependents who, like all Meerkats, didn't open their eyes or ears for close to two weeks after birth. 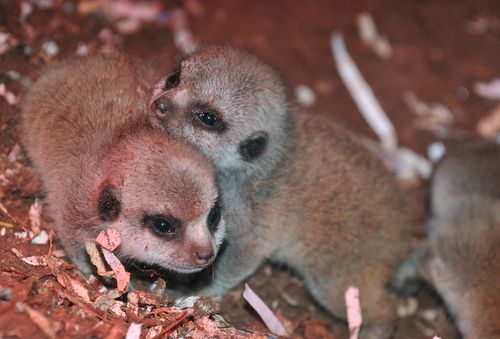 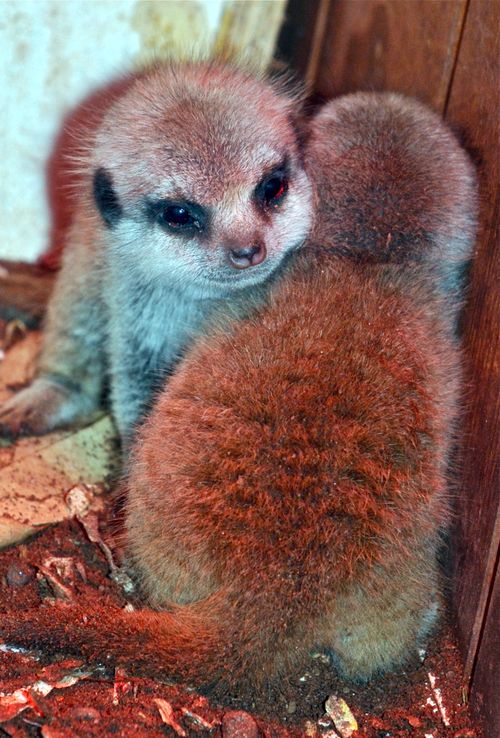 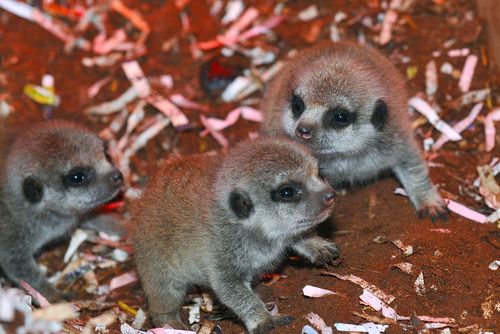 The tiny trio has been out on exhibit for visitors to admire since early January. Keepers are currently working on coming up with names for their newest arrivals and are taking suggestions from the public. Be sure to contact them with any ideas!