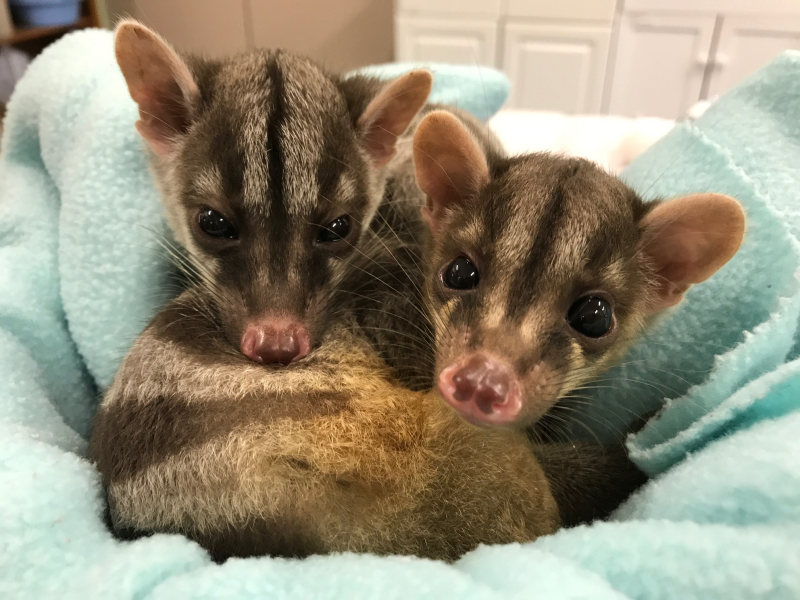 Nashville Zoo recently welcomed the birth of two Banded Palm Civets. The brother and sister were born on June 29. 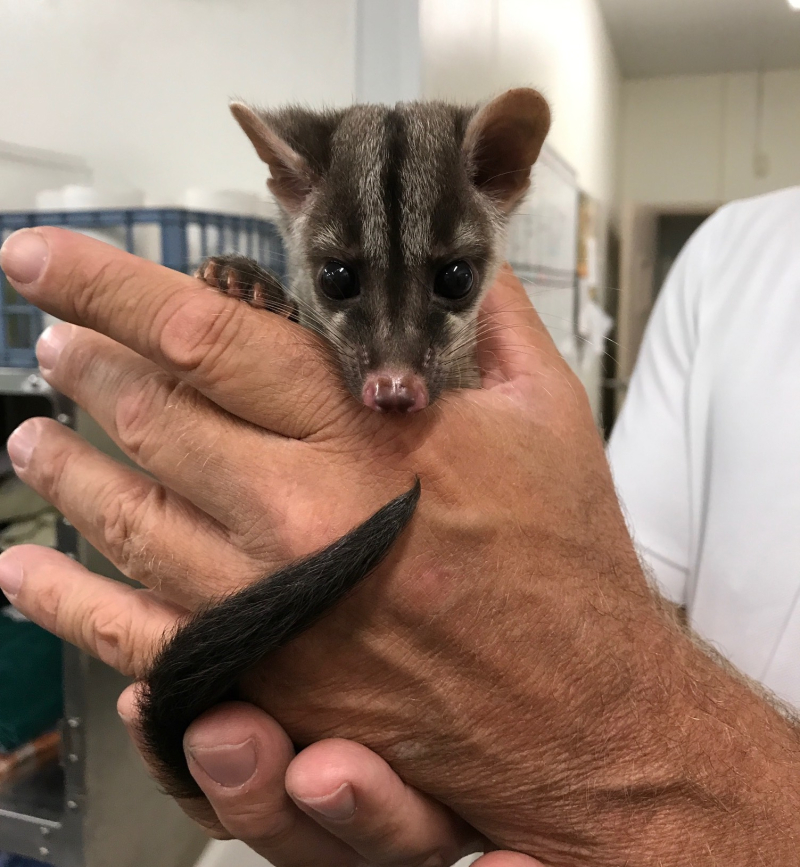 For the past decade, this is only the second successful birth in an Association of Zoos and Aquariums (AZA) institution for the species. The first Banded Palm Civet birth was also at Nashville Zoo in September 2015.

Nashville Zoo is the only AZA accredited facility breeding this species. There are now a total of 11 Banded Palm Civets in the AZA’s collection, with ten being at Nashville Zoo and one at Cincinnati Zoo.

Nashville Zoo is heading a breeding research project to determine if Banded Palm Civets are seasonal breeders, as well as discovering other factors for fecundity.

The Banded Palm Civet (Hemigalus derbyanus), also called the Banded Civet, is rare species found in tropical forests across Myanmar, Malaysia, Thailand and on the Indonesian islands of Sipura, Sumatra and Borneo.

The Banded Palm Civet is carnivorous, and like other species of civet, it survives on a meat-based diet, supplemented by the plants or fruits.

After a gestation period that lasts for a couple of months, a female can give birth to up to four young.

The Banded Pam Civet is currently listed as “Near Threatened” on the IUCN Red List. It is under threat from deforestation and the loss of much of its natural habitat. Extensive deforestation in their habitat is a result of logging or to clear the land to make way for palm oil plantations.

Nashville Zoo currently does not have plans to place the Banded Palm Civet siblings on exhibit. 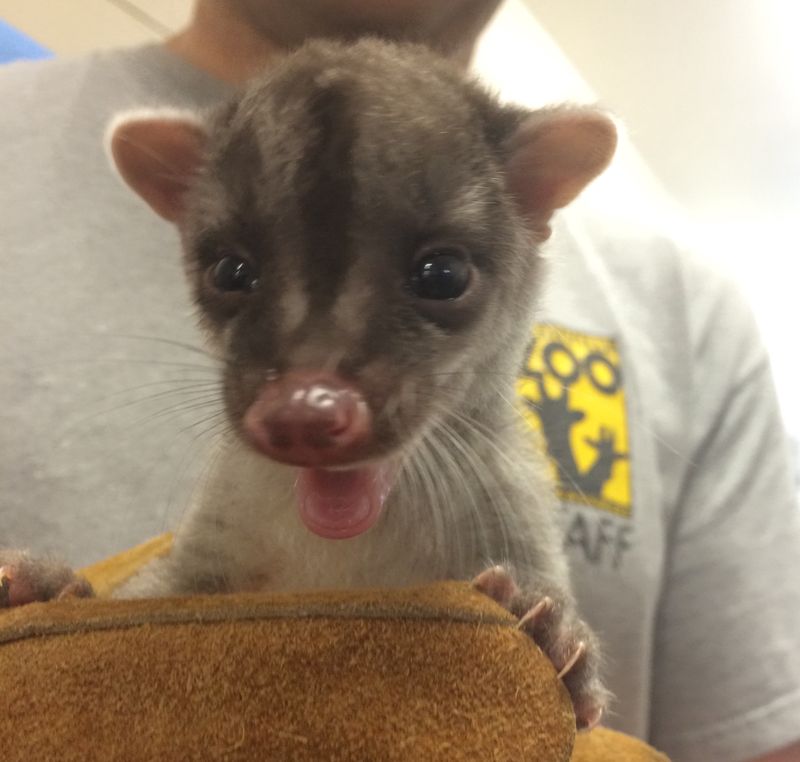 A male Banded Palm Civet was born on September 1st at the Nashville Zoo. He is currently being raised, by his parents, in an off-exhibit holding area.

Nashville Zoo is the only facility, accredited by the Association of Zoos and Aquariums, breeding this species. However, the zoo does not yet have plans to exhibit their Banded Palm Civets. 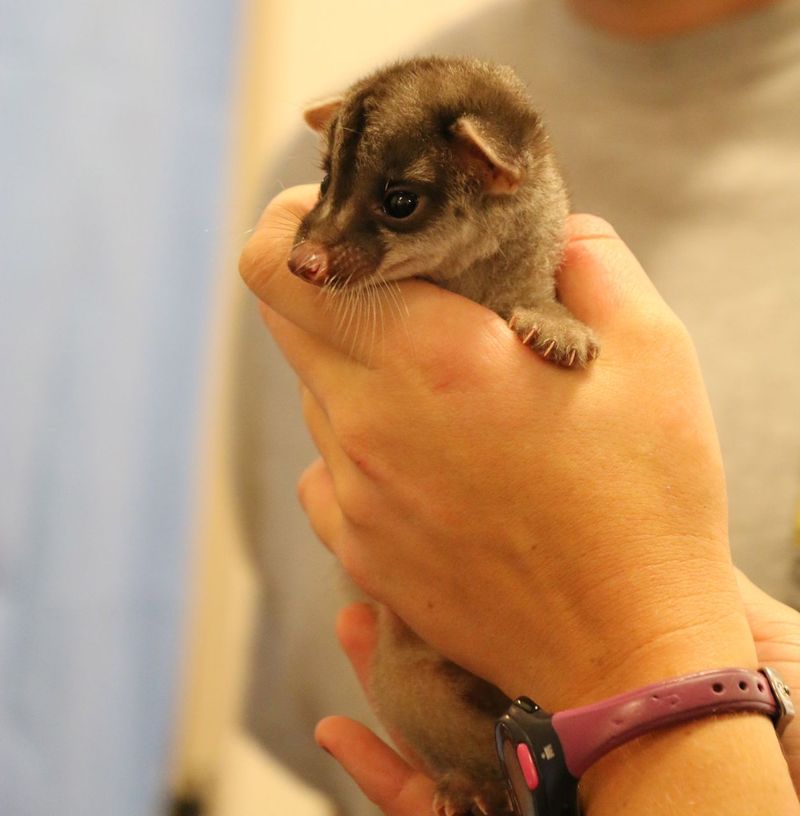 The Banded Palm Civet (Hemigalus derbyanus), also called a Banded Civet, is found in the Sundaic region and occurs in peninsular Myanmar, peninsular Malaysia, peninsular Thailand and in Indonesia on the islands of Sipura, Sumatra, and Borneo.

The species if roughly the size of a domestic cat; it measures 41 to 51 cm and weighs 1 to 3 kg (2.2 to 6.6 lbs). Despite their cat-like appearance and behaviors, they are more closely related to other small carnivores including weasels and mongooses.

Banded Palm Civets are generally solitary and have excellent hearing and vision. They prefer to come out under the cover of night to hunt and catch food. They are primarily ground dwelling and highly territorial. They are carnivorous and survive on a meat-based diet, supplemented by the occasional plant or fruit.

The female Banded Palm Civet has a gestation period of about two months and usually gives birth to up to four young. The babies are weaned when strong enough to fend for themselves.

The Banded Palm Civet is classified as “Vulnerable” on the IUCN Red List of Threatened Species due to an ongoing population decline. Threats include: overexploitation, decline in habitat quality, and habitat destruction and degradation. 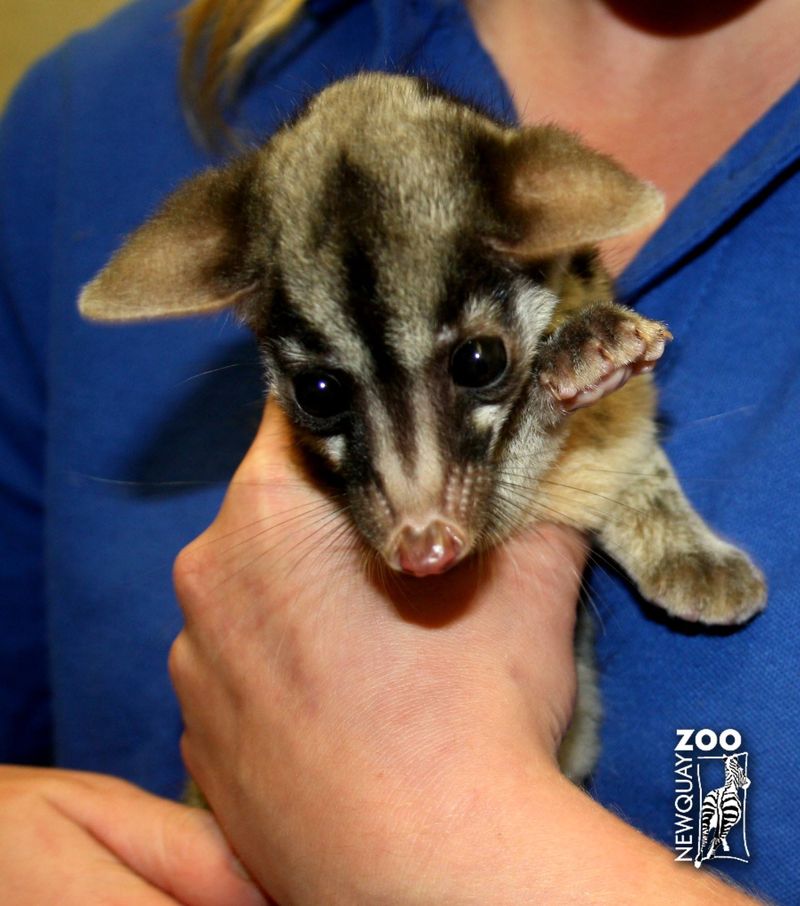 Newquay Zoo, in Cornwall, UK, is excited to announce the birth of twin Owston’s Civets.  The young pair, named Tai and Quy, are the offspring of mother, Dong Ha, and father, Bao.  Dong Ha was born and bred at Newquay Zoo, and Bao originated from the Carnivore & Pangolin Conservation Center in Vietnam. 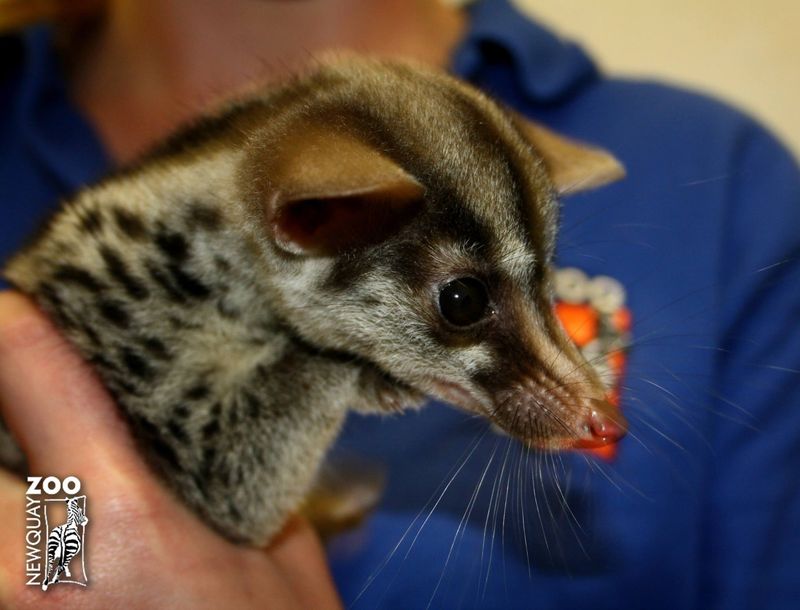 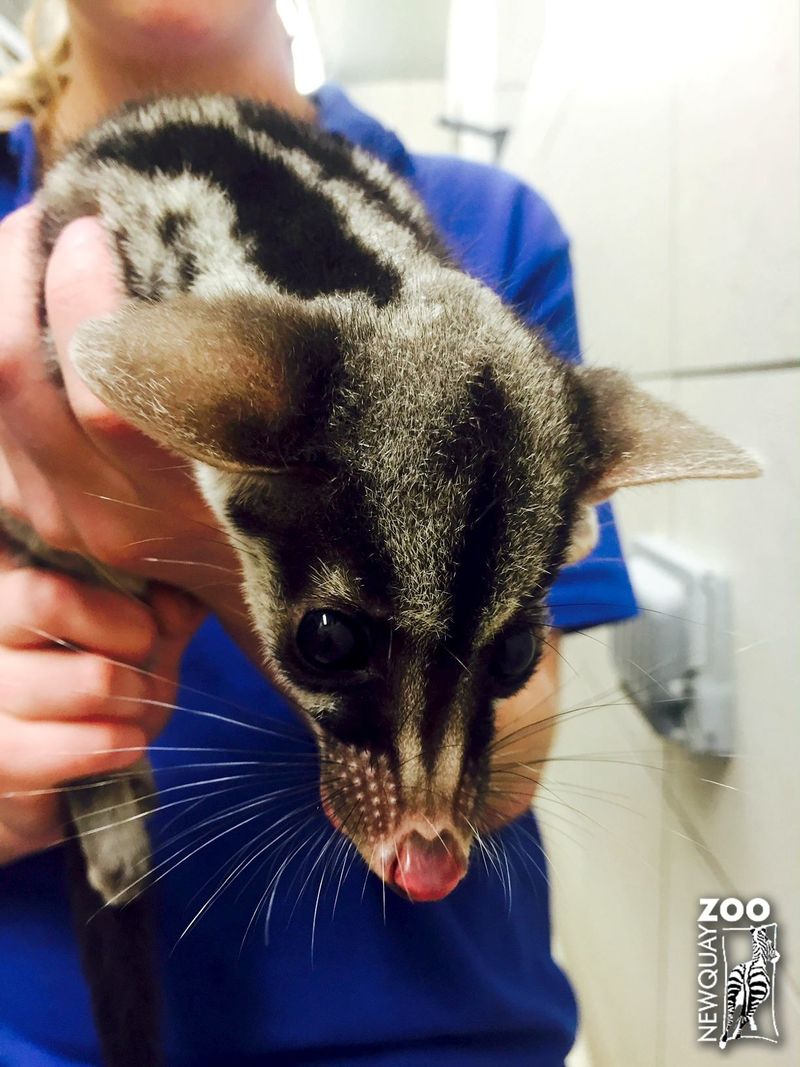 Senior Carnivore Keeper, Owen Taylor recently said, “This is a magnificent achievement for all of us here at Newquay Zoo, as the civet species is very vulnerable due to ongoing population decline. So, to have these two new arrivals is a great conservation result and helps us maintain the ongoing survival of this species.”

John Meek, Curator, added, “The arrival of the Owston's Civets is a welcome addition to the animal population [at the zoo], as this extraordinary species are actually illegally hunted for their fur and often eaten in local restaurants in Vietnam. So, to be able to continue to preserve this species is a fantastic win for Owen and the team.”

A civet is a small, mostly nocturnal mammal that is native to tropical Asia and Africa. The term civet applies to over a dozen different mammal species. The best-known species is the African Civet, which historically has been the main species from which a musky scent, used in perfumes, was obtained.

The civet produces a musk (also called civet) that is highly valued as a fragrance and stabilizing agent for perfume. Both male and female produce the secretion. The secretion is harvested by killing the animal or by removing the glands.

Owston’s Civet is currently listed as “Vulnerable” on the IUCN Red List due to an ongoing population decline. It is estimated there has been a loss of more than 30% of the population over the last three generations (about 15 years), due to over-exploitation, habitat destruction, and degradation.