Big Cats Come Out to Play at Central Park Zoo 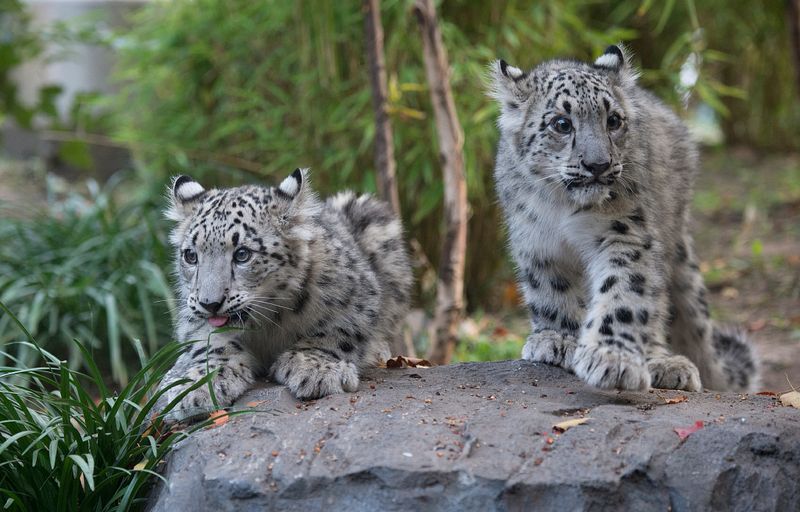 Both cubs weigh about 30 pounds (13.6 kg) but are expected to reach between 65-120 pounds (30-55 kg). When visitors will be able to see the yet-unnamed cubs will vary daily until the cats fully acclimate to their new habitat. They are are busy getting used to the new surroundings, sights and smells. (They certainly do look happy about new rock-climbing opportunities!) The litter is the result of the successful pairing of Zoe, the mother (7), with Askai (6), a male sent to the Central Park Zoo from the Bronx Zoo. Both adults are first-time parents. The Central Park and Bronx Zoo Snow Leopards are a part of the Species Survival Plan – a cooperative breeding program administered by the Association of Zoos and Aquariums (AZA) designed to enhance the genetic diversity and demographic stability of animal populations in AZA-accredited zoos.

Snow Leopards are among the world’s most endangered big cats with an estimated 3,500-6,500 remaining in the wild. Their range is limited to remote mountains of Central Asia and parts of China, Mongolia, Russia, India and Bhutan. WCS has worked for decades on Snow Leopard conservation programs in the field with current projects in Pakistan, Afghanistan, Tajikistan, and western China. 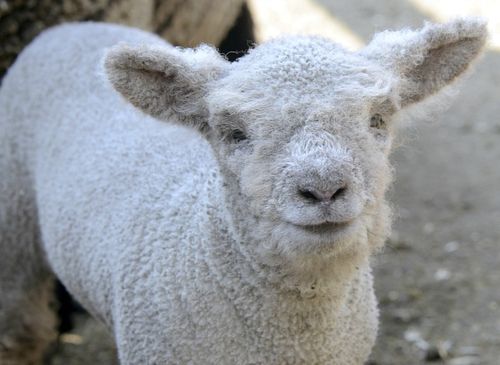 March went in and out like a lamb this year – represented by this new Babydoll Lamb at the Central Park Zoo’s Tisch Children’s Zoo. Born on March 1 to mom Turnip and dad Sid, the arrival of the lamb, named Kiwi, is a sure sign that spring is upon us.

Besides being easy on the eyes, these teddy bear-faced sheep are intelligent, quite docile and tame easily. The gentle creatures measure less than 24" tall from the shoulder once fully grown, and as adults, weigh 70 to 150 pounds. They make good weeders and lawn mowers, as they graze all through the day on grasses.

As senior keeper Rob Gramzay has noticed, Kiwi is getting bigger and bigger by the day. She was only about 7 pounds (3.18 kilos) when she was born -- but now she's an armful! 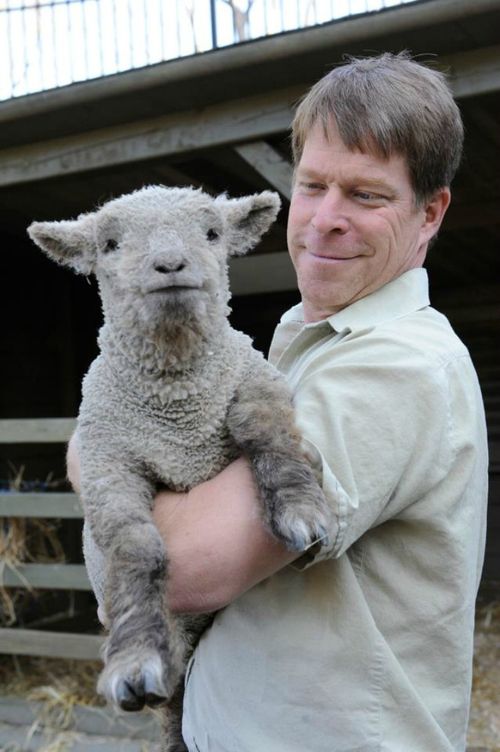 The Real Chicks of Central Park 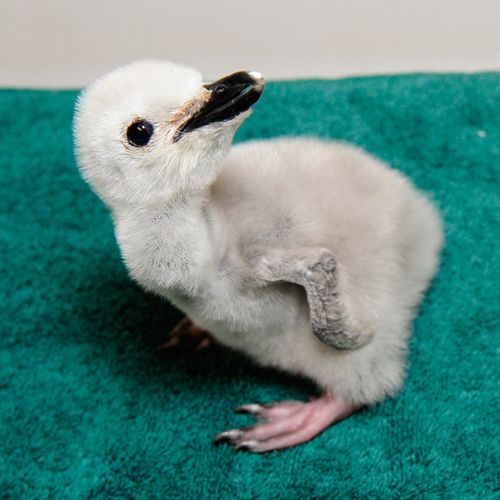 The Wildlife Conservation Society’s Central Park Zoo is letting visitors see how eight penguin chicks have been hand-raised on a new blog called The Real Chicks of Central Park.

The blog includes photos (chick pics), videos (chick flicks), and keeper interviews (chick lit) and updated continually for three weeks. Visitors can meet the chicks and their keepers, watch them grow, and see the painstaking care that goes into raising them.

“We wanted to show people what goes into hand rearing the penguin chicks from day one and share the growth process,” said Jeff Sailer, Director of City Zoos. “These new additions to the penguin colony are a success in animal husbandry and reflect the bird expertise we have at the Central Park Zoo.” 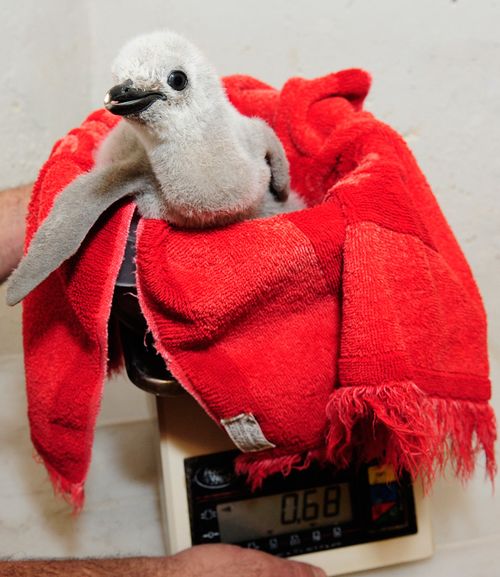 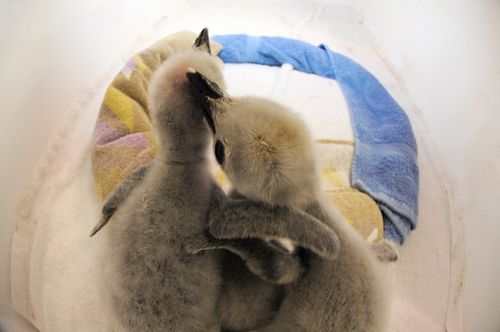 With a $10 donation to the care of the penguin chicks a “chick magnet” will be sent to the recipient of your choice just in time for the holidays. The magnet features a frame with a picture of one of “the real chicks,” and a space where you can put a picture of your very own chick magnet. Proceeds support the care of theses beautiful penguins and other wildlife residents of WCS’s Central Park Zoo.

Meet the New Kids on the Block 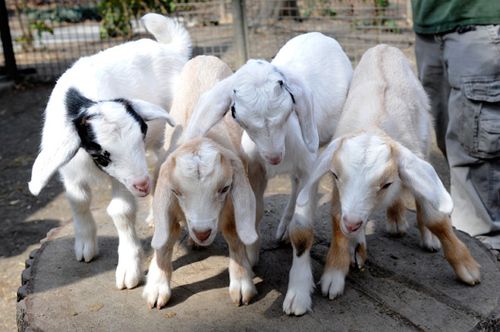 The Tisch Children’s Zoo at the Wildlife Conservation Society’s Central Park Zoo has some new additions: four baby Mini-Nubian Goats. The four youngsters, which include a set of twins, were born in late February and early March. They can be seen playing in their exhibit where they climb and leap off of any surface available. Visitors can pet the babies and their mothers in the Tisch Children’s Zoo along with other domestic animals such as sheep, alpacas, and Othello – the only cow in Manhattan. 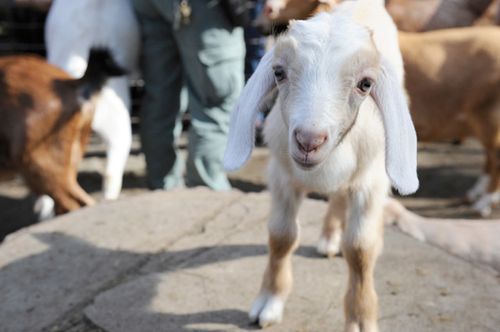 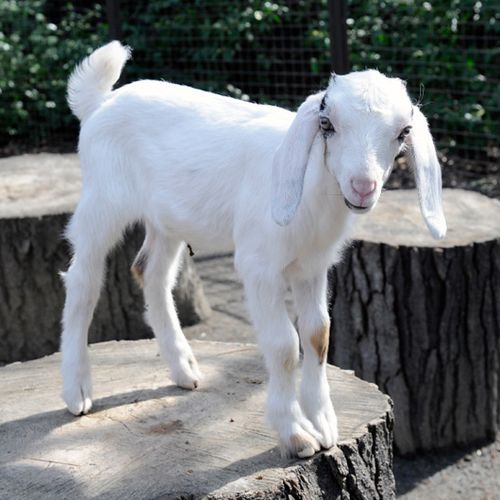 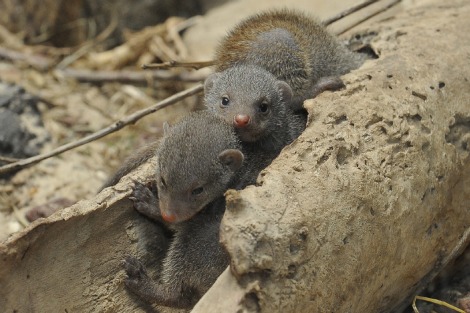 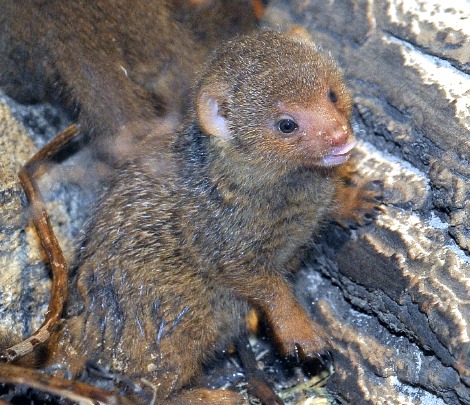 NYC's Got a New Kid On The Block

A mini Nubian Goat kid was born to Mom "Angel" earlier this month at the Central Park Zoo. The 10-pound bundle-of-joy can be seen scampering after its mother in the park's petting zoo area. Mini Nubian Goats are a cross between Nigerian dwarf goats and Nubian goats. 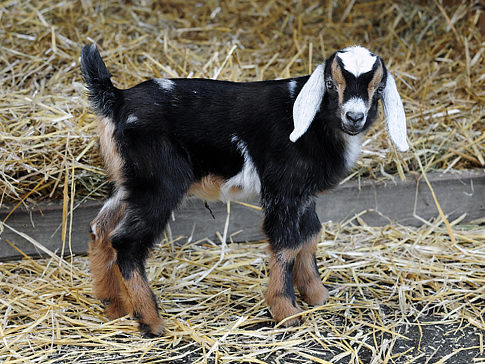 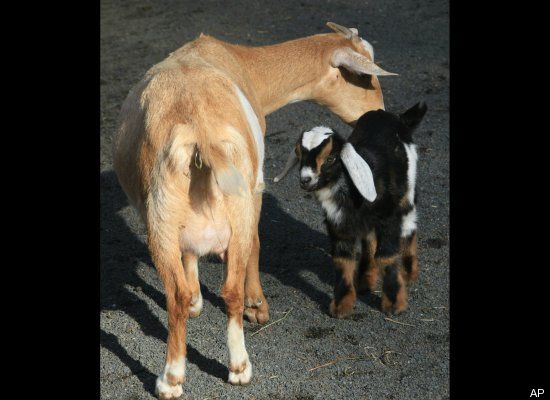 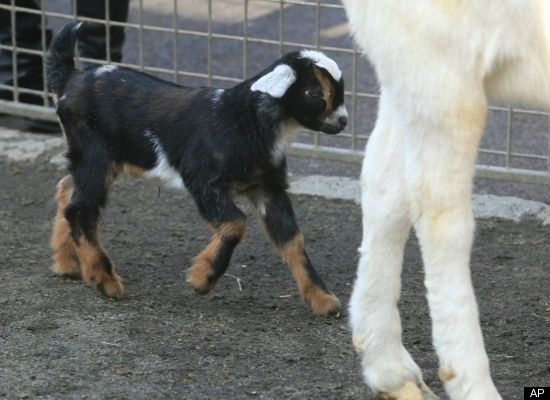