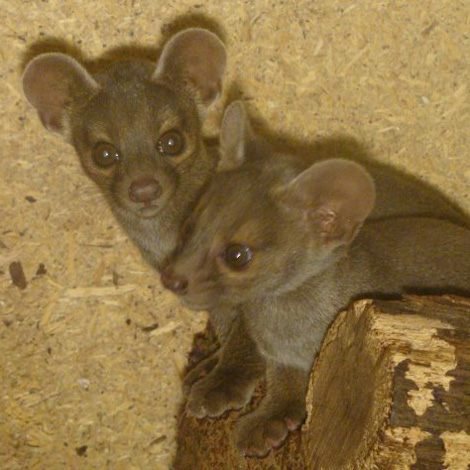 The Fossa, an unusual carnivore native to Madagascar, is the island's largest predator. With only 2000 individuals surviving, it is considered to be among the world's most endangered species. In order to preserve the species, a European breeding program was initiated under the EAZA (The Association of European Zoos and Aquariums). The breeding of this species in captivity is extremely difficult.  In September of this year, Calviac Zoological Reserve in France became the only European institution in 2011 to succeed with the births of two baby Fossas.

Now nearly 3 months old, the youngsters dexterously climb branches over 13 feet high. Fully weaned at 6 months, wild Fossas remain with their mothers until the age of 18 months, after which they will live in solitude. 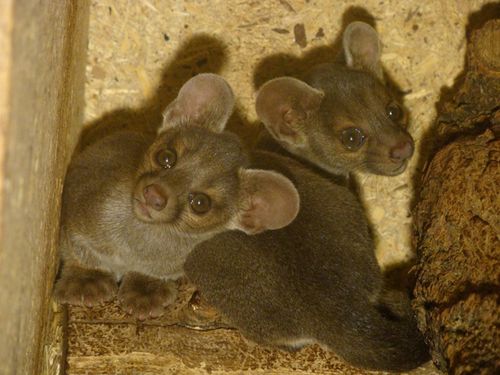 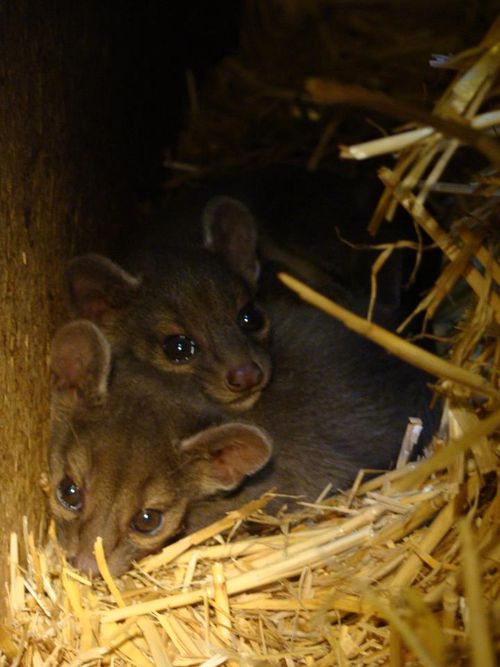 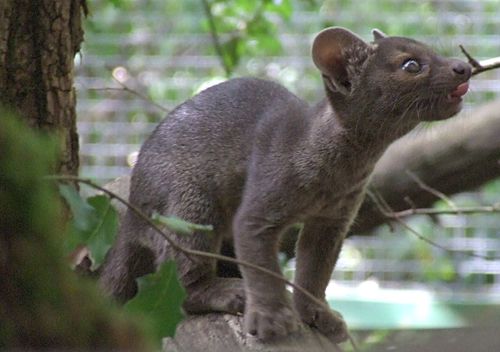 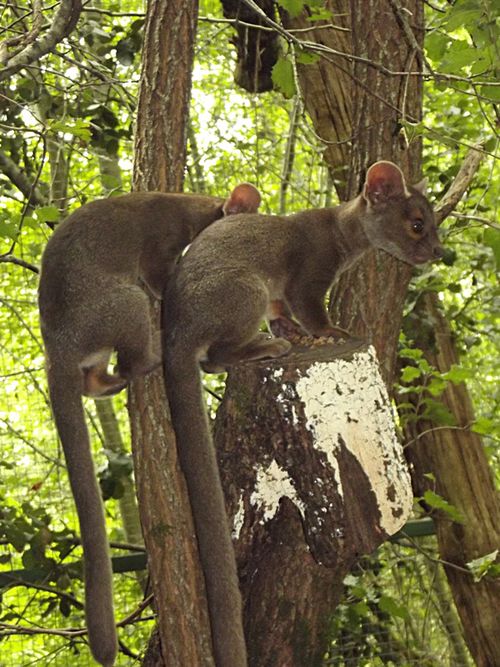