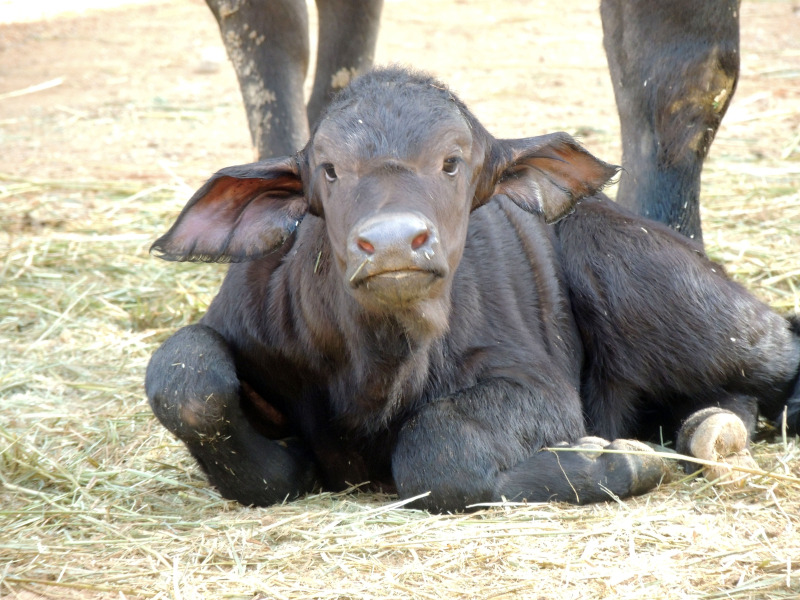 Both calves are reported to be healthy and thriving under the protective care of their mothers. The Zoo’s animal care and veterinary staff are also closely monitoring them. 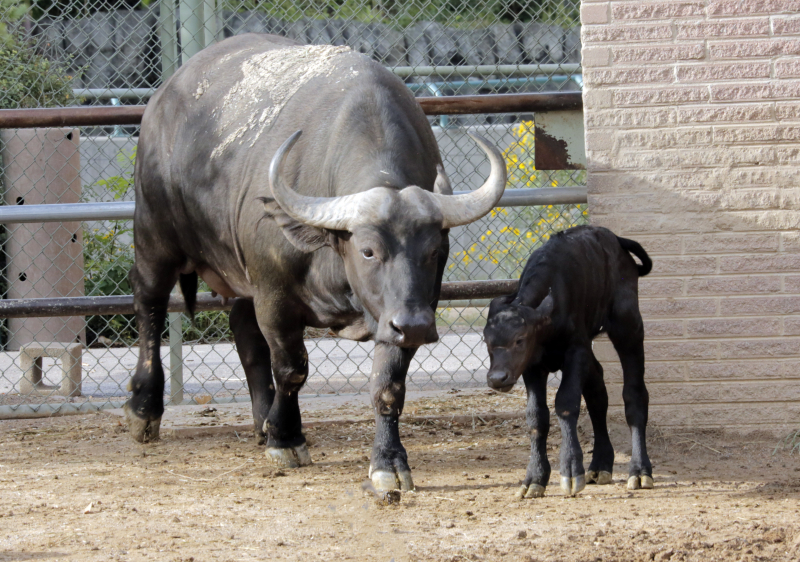 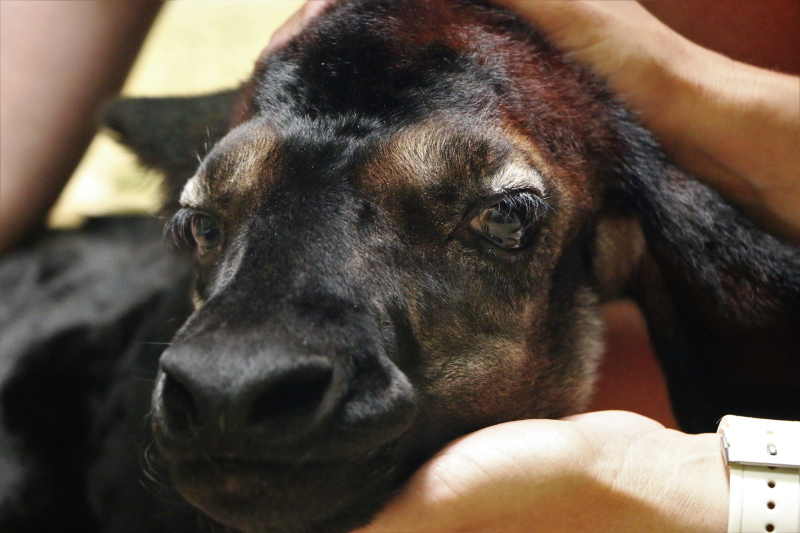 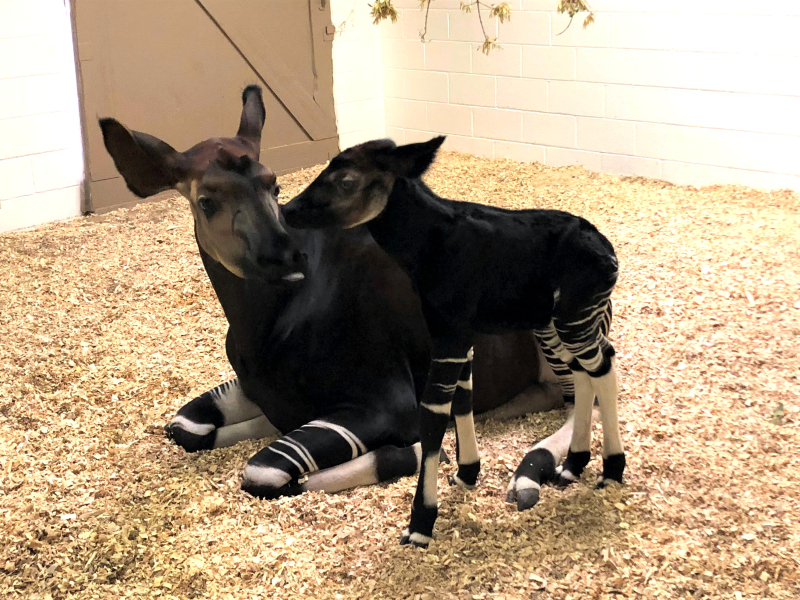 Poncho was born on the morning of September 3 to mom, Rain. She is the second Cape Buffalo calf to be born at Denver Zoo in recent months. Cape Buffalo are found in southern and eastern Africa and are known for being particularly territorial, protective and sizeable, with males weighing as much as 2,000 lbs. Poncho is already spending the majority of her time in the herd’s outdoor habitat and is often easily viewable to visitors.

Meanwhile, Romakari was born on the afternoon of September 2 to mom, Almasi. He is currently being kept behind the scenes, where he will likely remain for at least a month until keepers are confident he’ll follow Almasi outdoors. Okapis look a like a cross between a Zebra and Giraffe with long necks, reddish bodies, black-and-white striped legs, and long, purple prehensile tongues.

Okapi are native only to the Ituri Forest of the Democratic Republic of Congo and are listed as “Endangered” by the International Union for Conservation of Nature, primarily due to logging, human settlement and hunting.

Romakari is the eighth Okapi calf born at Denver Zoo and, like Poncho, the second of his species to be born at the Zoo in recent months.

Bison Calves Are ‘Home on the Range’ at Bronx Zoo 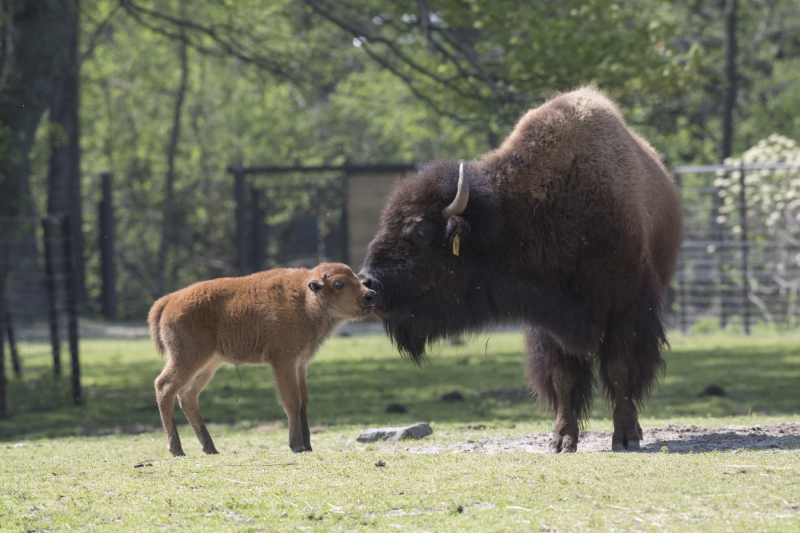 Six American Bison calves have been born at WCS’s (Wildlife Conservation Society) Bronx Zoo, and four of them are now on exhibit on the Zoo’s ‘Bison Range’.

The calves were born to a herd of seven females and one male that arrived at the Bronx Zoo from Ft. Peck, Montana in November 2016.

The herd was a historic gift from the Assiniboine and Sioux tribes. The Fort Peck Bison are from the Yellowstone National Park bloodline and are among the few pure Bison remaining. The vast majority of present-day Bison, or Buffalo, have trace amounts of domestic cattle genes, a reflection of past interbreeding efforts when western ranchers tried to create a hardier breed of cattle. (More information about the historic gift and transfer can be found at the WCS Newsroom: http://bit.ly/2qTVHvF ).

The female Bison were pregnant when they arrived at the Zoo, and the calves were born in late April. “These calves will bolster our efforts to expand our breeding program of pure Bison,” said Dr. Pat Thomas, WCS Vice President/General Curator and Associate Director of the Bronx Zoo. “They will eventually be bred with other pure Bison to create new breeding herds in other AZA-accredited zoos, and to provide animals for restoration programs in the American West.” 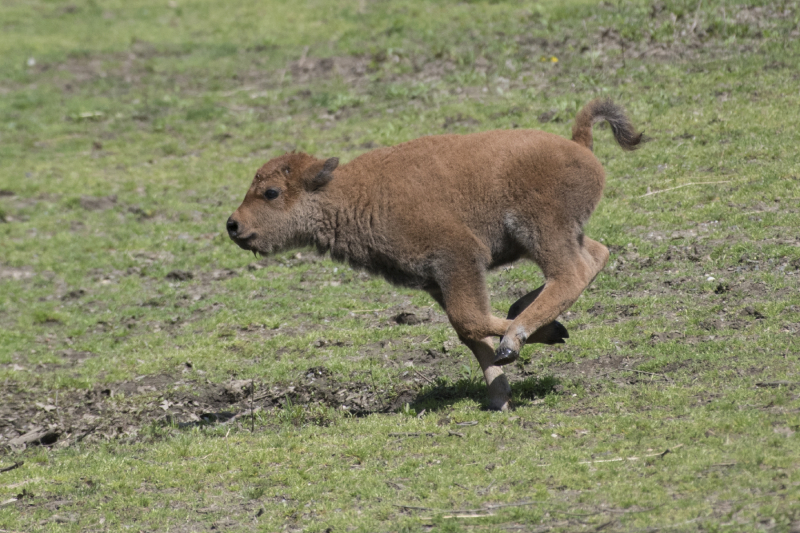 The Bronx Zoo has a long history of facilitating Bison conservation projects in the western U.S., and the birth of these calves provides a welcome boost to the Zoo’s ongoing efforts to establish a herd of pure Bison.

The American Bison (Bison bison), also commonly known as the “American Buffalo” or simply “Buffalo”, is a species that once roamed the grasslands of North America in massive herds. They became nearly extinct by a combination of commercial hunting and slaughter in the 19th century and introduction of bovine diseases from domestic cattle.

However, the Bison is now an American conservation success story. In the early 1900’s, the species was on the verge of extinction: numbering fewer than 1,100 individuals, after roaming North America in the tens of millions only a century earlier. In 1907 and 1913, the Bronx Zoo sent herds of Bronx-bred Bison out west to re-establish the species in its native habitat.

Berlin Zoo Welcomes A New Forest Buffalo To Its Herd 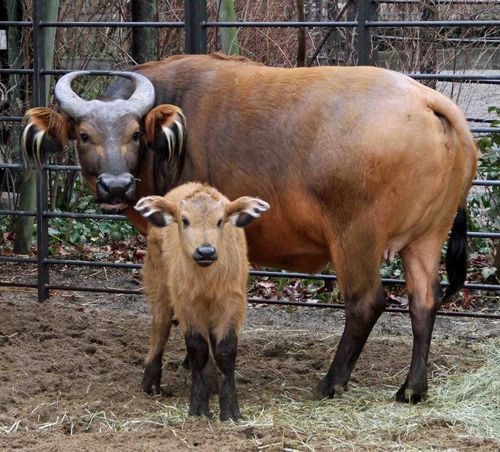 Born January 8th, this African Forest Buffalo joined Zoo Berlin's herd to the excitement of zookeepers and visitors alike. The African Forest Buffalo is slightly smaller than its close relative, the Cape Buffalo. Its native habitat is the equatorial forests of Central and West Africa. Forest Buffaloes feed primarily on grasses, twigs and shoots. Their main predators in the wild are Leopards. 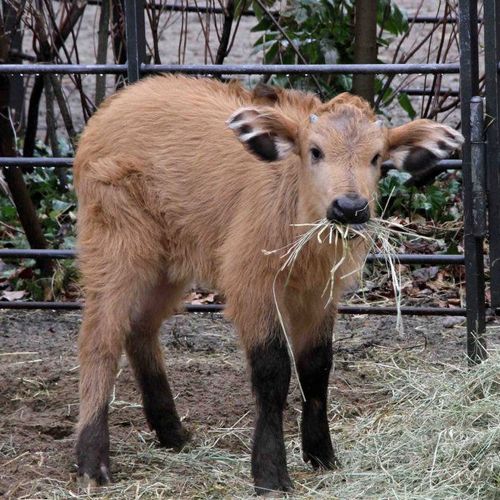 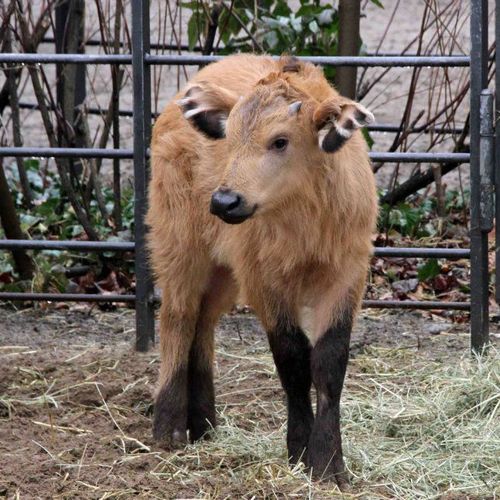 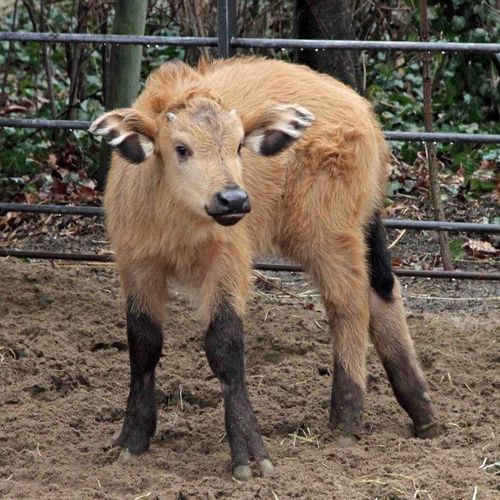 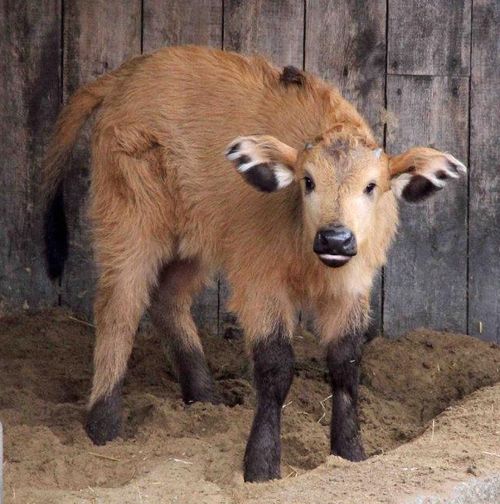 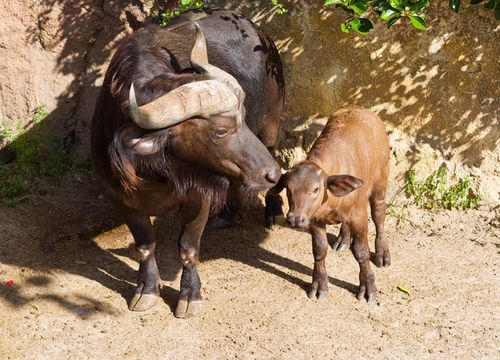 Busch Gardens’ newest addition, a female Cape Buffalo, was born to mother Semara on Sept. 21. Cape Buffalos are extremely social; members of the same group will stay in direct contact with each other and will often sleep with their heads resting on one another. At the time of his birth, the calf weighed approximately 45 lbs. The playful and explorative youngster now weights 75 lbs. Once full grown, Cape Buffalos can weigh up to 2,000 lbs. 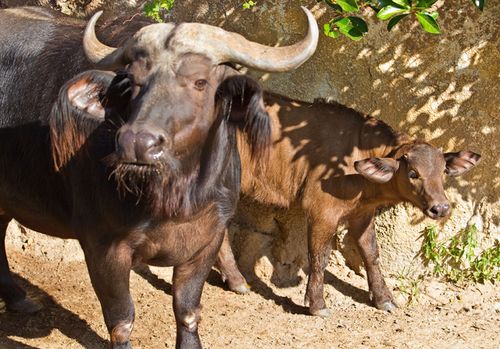 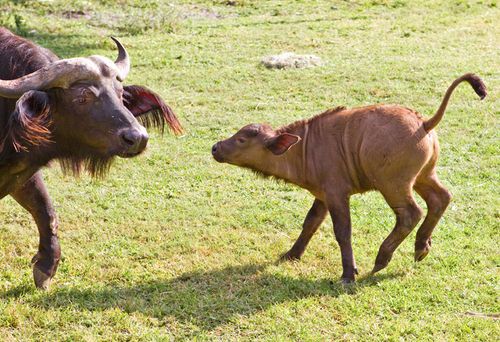 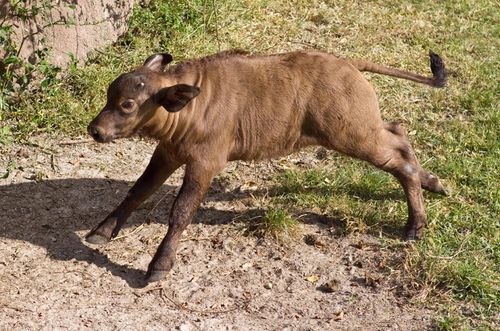 Two days earlier, the park’s Sable Antelope herd welcomed the third new baby of the month, a female who took her first steps within a few minutes of birth. Though Sable Antelopes are shaky at first, newborns can run fast enough to keep up with the herd within 3-5 days.

Busch Gardens’ guests can view all of the new babies from Rhino Rally, the Skyride or Serengeti Express train ride. For an even closer look, the Serengeti Safari offers guests and open-bed truck tour of the 65-acre Serengeti Plain, with opportunities to get up-close to antelope and rhinos and hand-feed giraffes.