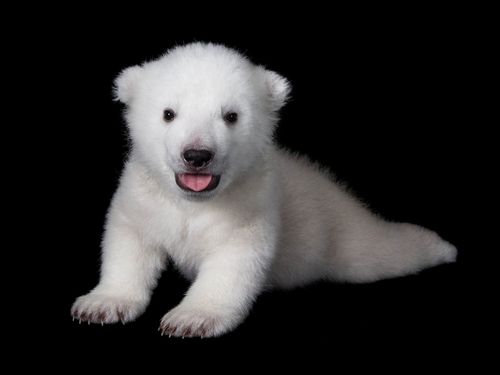 You may have first read about Buffalo Zoo's fuzzy white Polar Bear cub HERE on ZooBorns. Born on November 27 to Mom Anana and father, Nanuq, the female cub has been hand-raised by zoo staff. The results of a recent naming contest recently gave her the nickname Luna. It's expected that this little ball of fur will grow to be close to 600 pounds at adulthood. 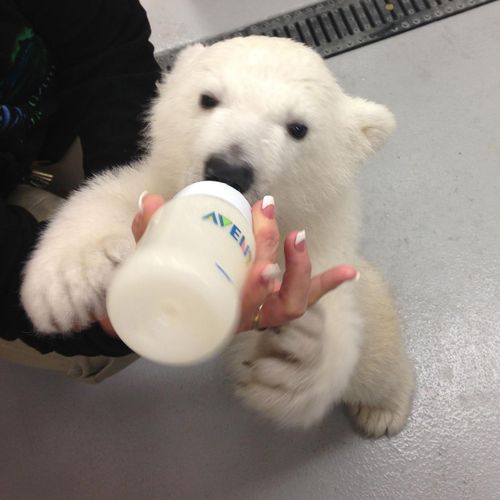 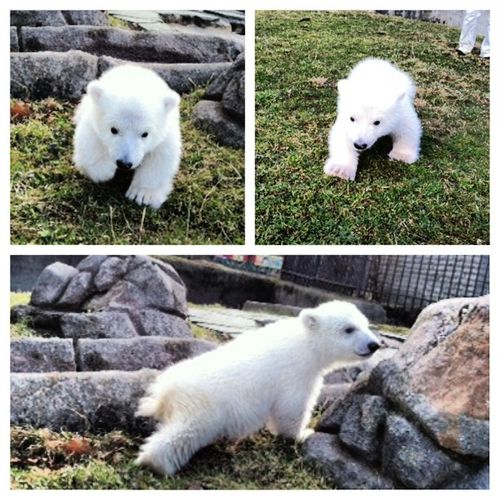 The zoo is currently raising funds for their Bear Necessities Campaign. They're hoping to raise $18 million dollars to facilitate building a brand new polar bear habitat.

She is too young to stay in the habitat full time, but got her first chance to play and explore in the snow just last week. Watch below as the little one scampers around with her keepers just last week. New York's Buffalo Zoo has a lot to celebrate these days. Not only did their new Polar Bear cub meet the public for the first time Friday, the zoo has entered a new phase of fundraising for an exhibit that will help keep Polar Bears in Buffalo. The Western New York zoo is one of only two zoos in North America to have Polar Bear births this year. The cub was born on November 27th to mother Anana, sired by Nanuq, and has been hand raised by the zoo’s veterinary technician and keeper staff.

The Buffalo Zoo has spent the past two years raising over $14 million of the $18 million needed to build a new entrance and Polar Bear exhibit. They are now asking residents of Western New York and the surrounding community to help raise the remaining $4 million required to build the exhibit and keep Polar Bears in Buffalo. 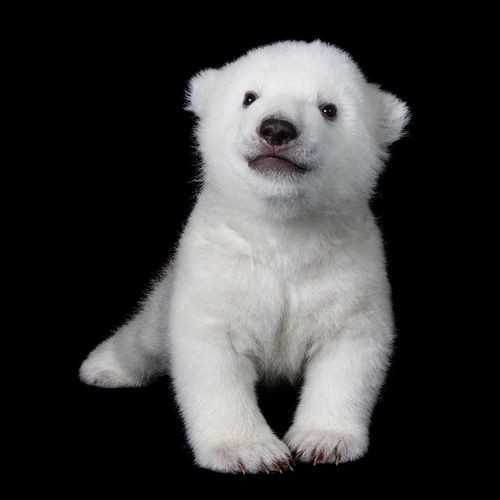 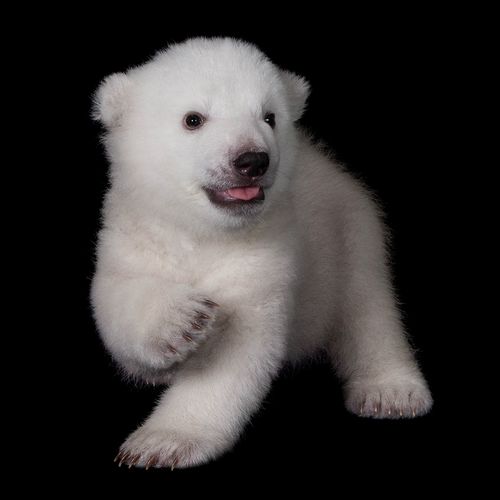 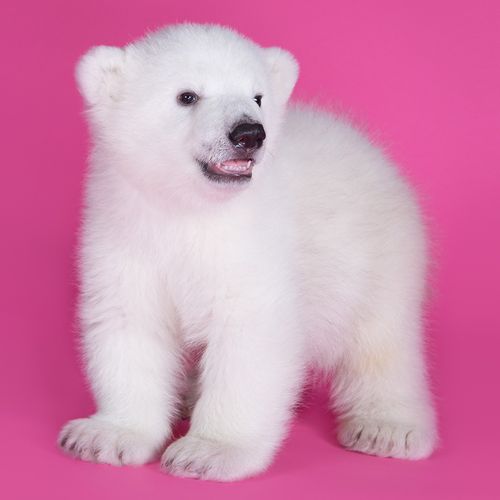 Though the cub is currently too small to go on exhibit for the public, she will be visible on a closed-circuit television in the Zoo’s M&T Bank Rainforest Falls Monday through Friday from 12 p.m. until 3.p.m. The Zoo will also post regular updates to their website and Facebook page.

Many more pics below the fold! 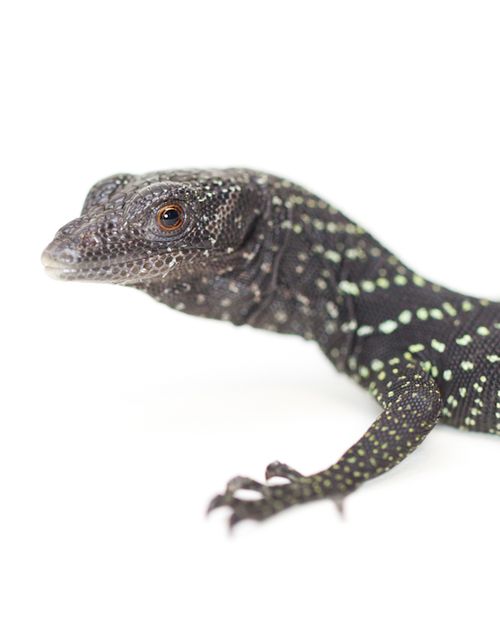 New York's Buffalo Zoo has announced the latest additions to their Reptile House -- three baby Black Tree monitors (Varanus beccarii). Their birthdays are October 28, 30 and November 2. This is the first time since 2006 that the species have hatched at the zoo.

Black tree monitors are native to the Aru Islands off the coast of New Guinea, and little is known about their natural ecology in the wild. They are highly adapted to life in the trees due to their long, curved claws, streamlined body and long, prehensile tail They can grow to be approximately 3 feet (.914 meters) long. They're carniverous, eating things like insects, scorpions, eggs, and small mammals. 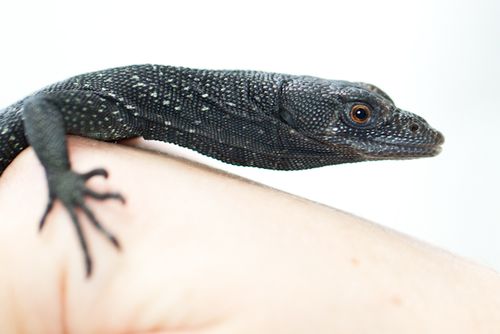 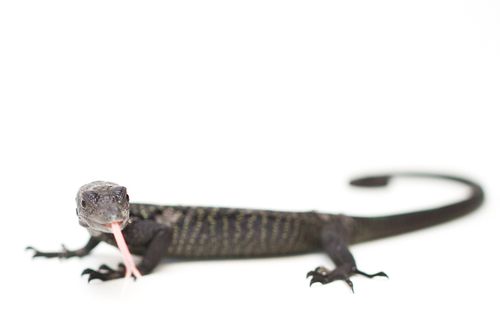 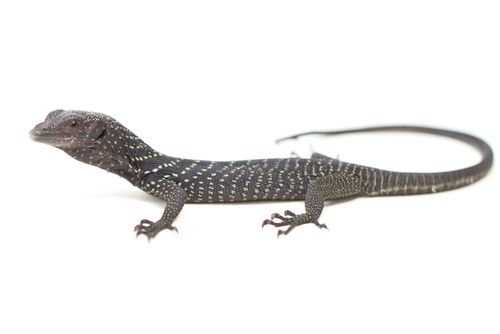 The Buffalo Zoo is proud to announce the birth of a baby Western Lowland Gorilla born on October 8 at 7:40 p.m. to mother, Sidney, and father, Koga. Sidney, who was born at the Buffalo Zoo in 1997, and 23-year-old Koga, who arrived from the Memphis Zoo in 2007, are both first-time parents. Sidney continues to provide good care for the baby, while silverback, Koga, protectively watches over them and the rest of the troop. Sydney has not presented the baby close enough for her keepers to accurately determine gender, but both mother and baby are doing fine. Keepers took these first photos from a distance, so as not to cause the animals any undue stress. 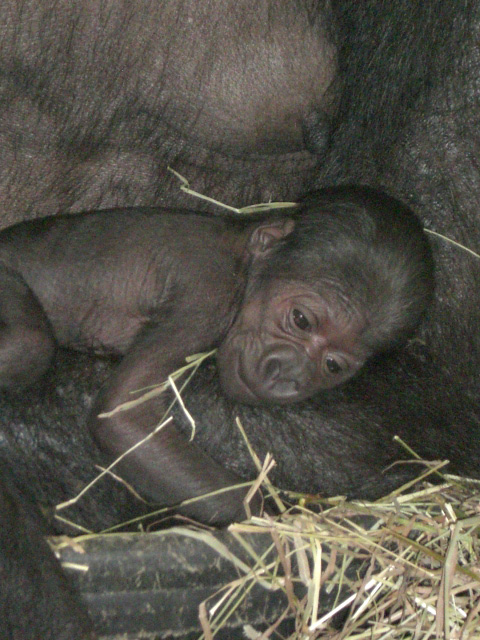 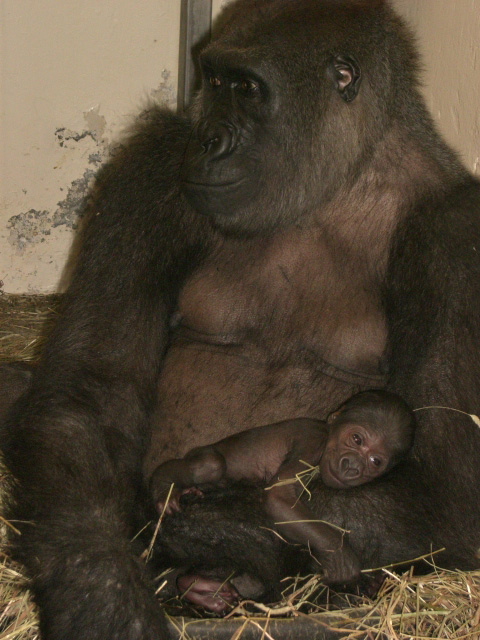 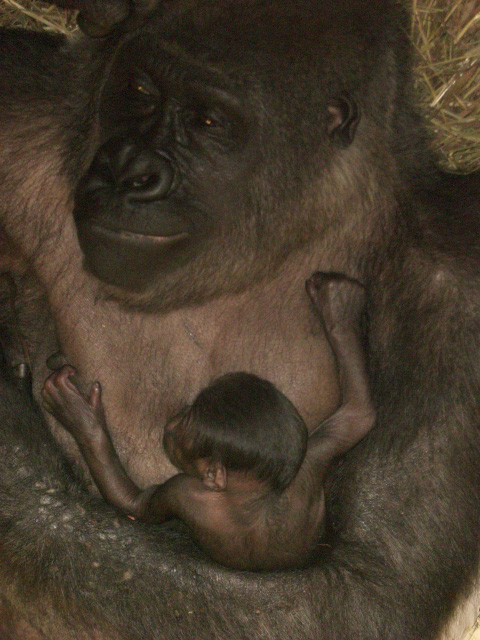 For the first time in five years, the “pitter patter” of little snow leopard paws can be heard at the Buffalo Zoo. Two male cubs were born on June 6, 2010 to mother, Annapurna, and father, Dwaine. The breeding was recommended as part of the Association of Zoos and Aquariums’ (AZA) Species Survival Plan (SSP), which is designed to help a species maintain a healthy and stable population. Red lights in the den cannot be seen by snow leopards (cats lack cones for red light) but allow keepers to keep a watchful eye on the new family. 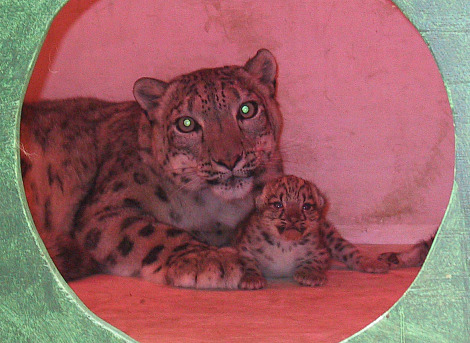 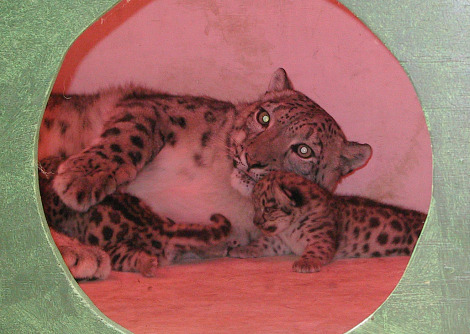 First-time mom, Annapurna, was the last snow leopard to be born at the Buffalo Zoo. She is taking good care of her little ones, who remain with her in the nest box off exhibit. Keepers have set up a Live Cam in the nest box so visitors can observe the cubs’ progress on the monitor inside Ecostation. 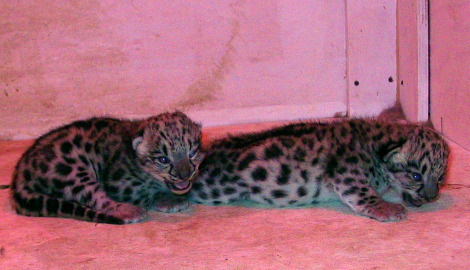 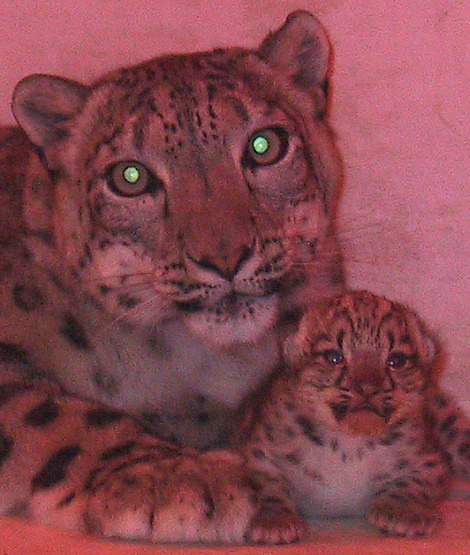 Found in the high mountains of Central Asia, including the Himalayas, Altai and Hindu Kush, snow leopards are solitary animals that typically only come together for breeding. Snow leopard cubs open their eyes at seven to nine days, eat sold food at two months and follow their mother on hunts at three months.

Snow leopards are highly endangered due to poaching for the fur trade, loss of habitat, dam projects and loss of food sources.

Yellow-Spotted Amazon River Turtles grow to be one of South America's largest, up to 18 lbs and over a foot across, but start their lives only a bit larger than a quarter. Unfortunately for these endangered turtles, they are considered a popular delicacy in and around the Amazon River Basin. The Buffalo Zoo hatched these babies in October where they will soon be on display, and of course, off the menu. 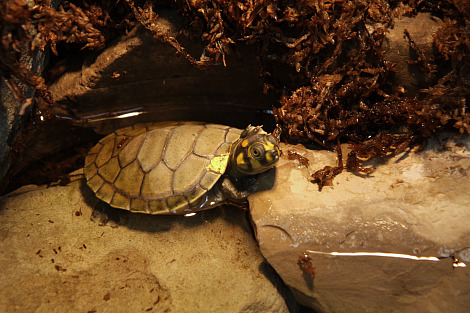 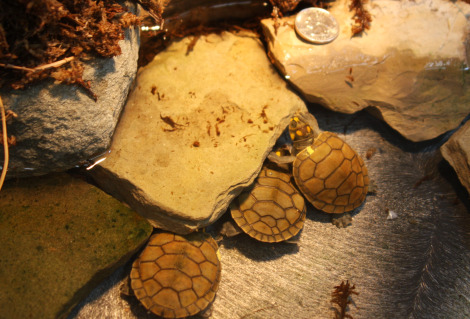 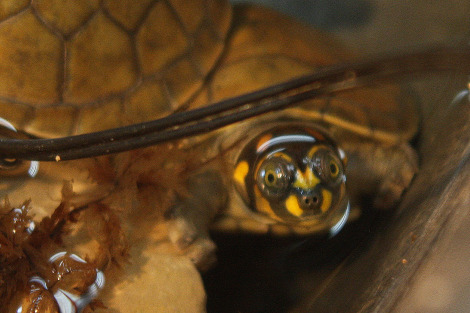 The Buffalo Zoo welcomed three baby capybaras on September 10th. The zoo tells us that the three babies were running around and even swimming the day they were born. The proud capybara parents have had three previous litters for a total of 20 offspring! Capybaras are the world's largest rodent with the largest recorded size at 232 lbs (105 kg)! 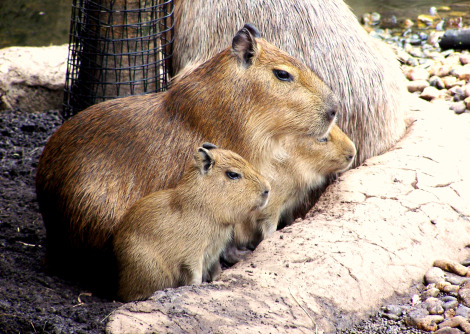 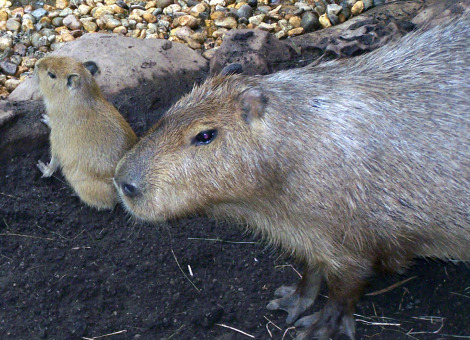 The Buffalo Zoo is proud to welcome the latest addition to its Rainforest Falls animal family—a baby black howler monkey! 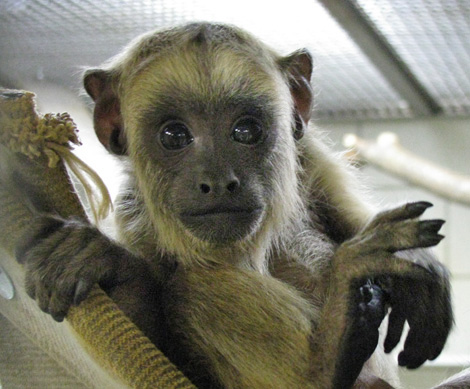 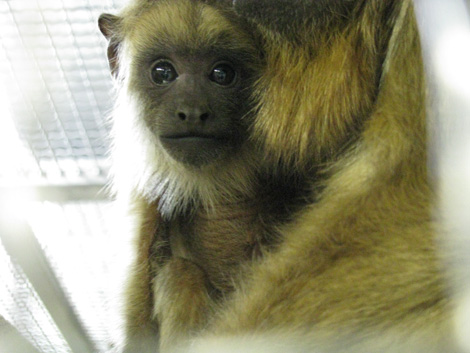 Mochima, a male, was born between the late evening/early morning hours of December 17 and 18, 2008. Mother, Lily, and father, Machado, are both adjusting well to their new roles as being first-time parents. 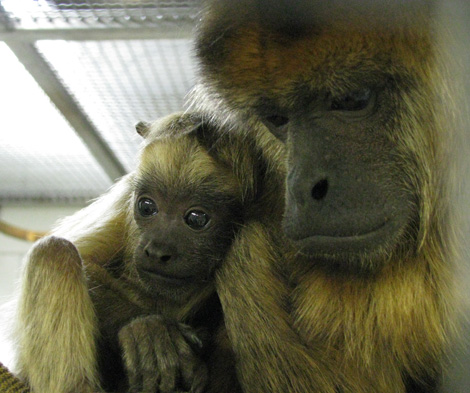 More Giraffulations Are in Order

Yet another baby giraffe was introduced to the world last week. Born on January 10, "Malia" (named after President Obama's first born daughter) is on view now at the Buffalo Zoo! 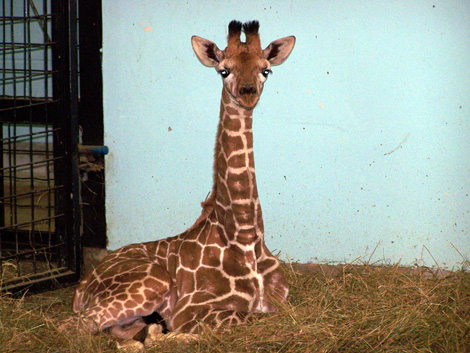 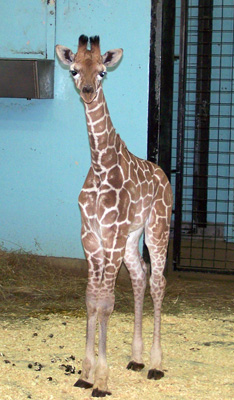 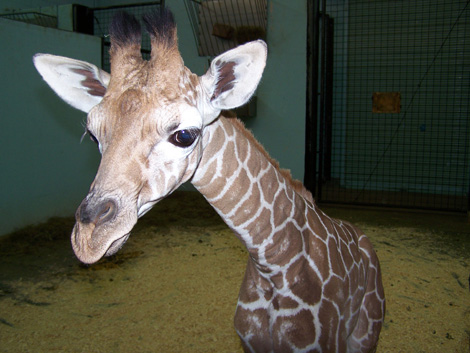