An endangered Bactrian Camel calf was born at the Bramble Park Zoo in Watertown, South Dakota on March 10. After a 13-month gestation period, The Zoo’s 16-year-old female Cindy Lou, gave birth to an unusually large baby. On average, camel calves weigh between 80 and 100 lbs. at birth. This hefty male, affectionately coined Token, weighed in at a whopping 124 lbs. 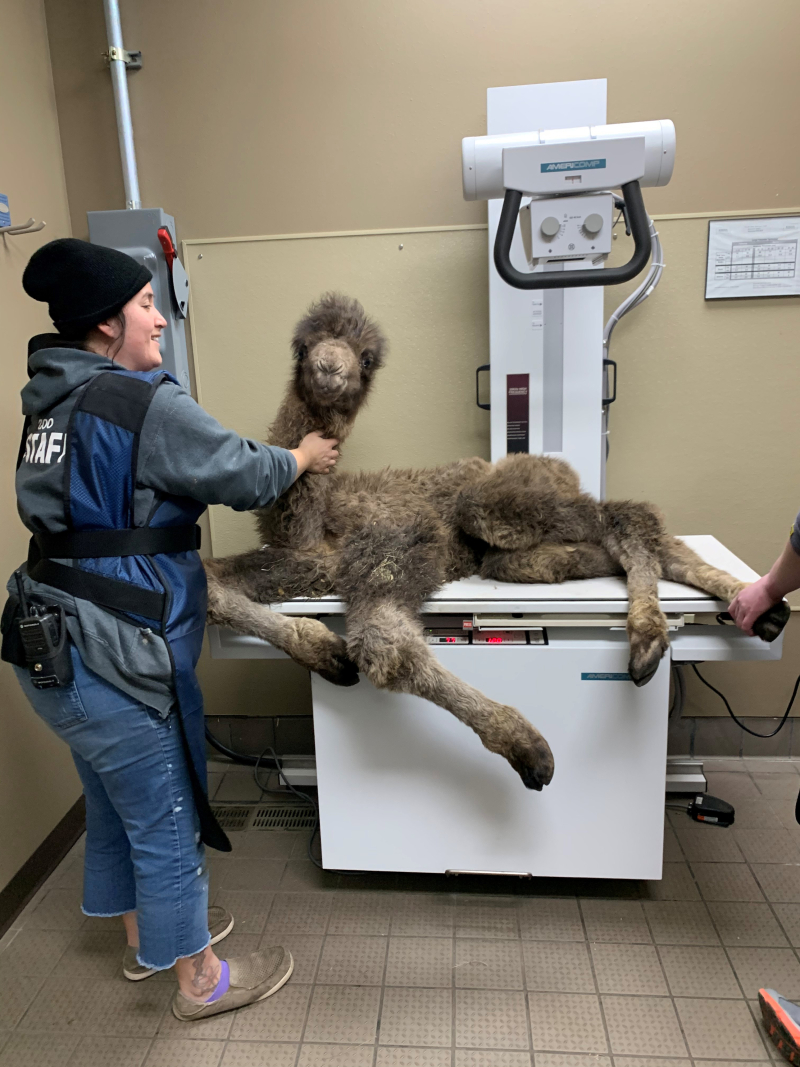 Due to his size he had a hard time standing after birth and therefore could not nurse from his otherwise attentive mother. Due to the impending blizzard, the decision was made to separate mom and calf in a back corral area and start him on a bottle of colostrum. Between his unsteadiness and the weather, the decision was then made to bring him inside and begin the process of hand raising full-time. 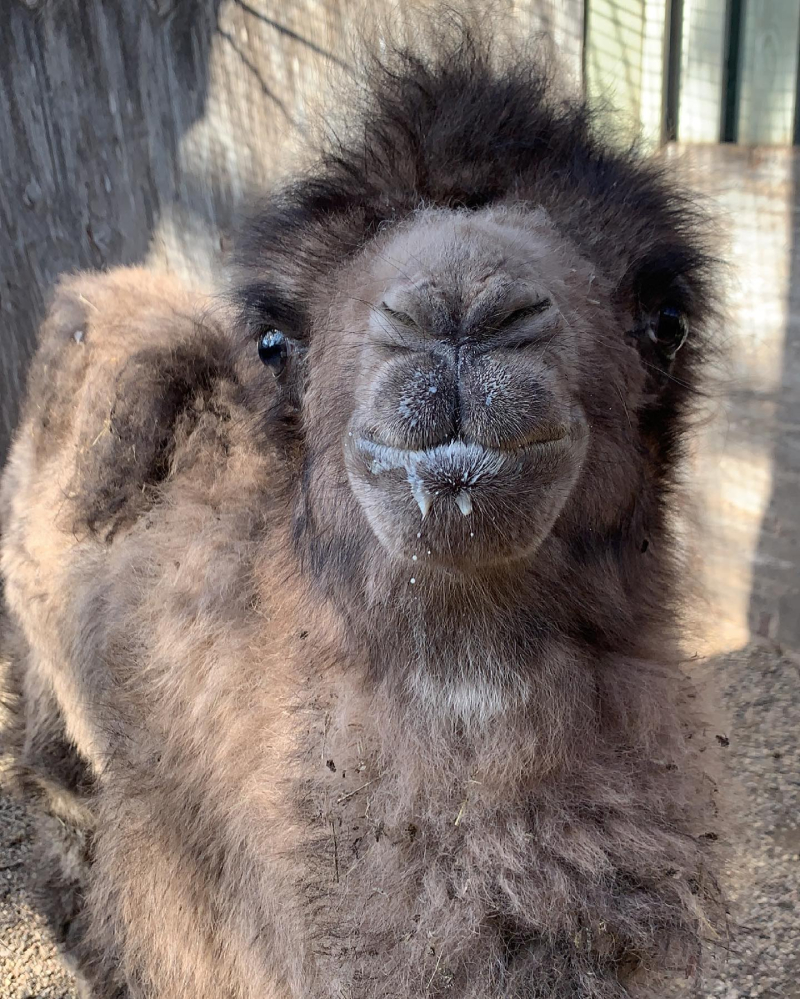 Token has had some ups and downs, but proves to be resilient. One day the zookeepers noticed he was weak and unsteady and would not stand to eat. When they finally got him up and walking, he was gentle with his rear right leg and it seemed painful when it was bent up towards his belly. He was immediately taken to the vet. After bloodwork, four radiographs (which were very challenging) and urine tests the results showed he had a high white blood cell count, and his right knee was more swollen and he seemed to be favoring it more. It was determined he had an infection in the joint (probably from birth) and he was started on injections. Thankfully, he continued to drink readily during his treatment. The following week he became constipated and was straining to go to the bathroom. A little mineral oil in his bottle did the trick.

Token is now much stronger and weighs approximately 145 lbs. at his 1-month milestone. He is drinking four bottles a day totaling 232 oz. He is getting spunkier and learning camel things, such as how to kick and spit.

The Bactrian camel, Camelus ferus, is listed as Critically Endangered on the IUCN Red List of Threatened Species™. Restricted to the Gobi and Gashun Gobi deserts of northwest China and Mongolia, it is one of the rarest large mammals on Earth (currently numbering fewer than 1,500 individuals).

Bramble Park Zoo in Watertown South Dakota received an early Christmas gift. A baby yak was born! This is the first for the 108-year-old AZA accredited zoo. In the early morning hours of December 15, zookeepers spotted something on the ground in the domestic yak exhibit. Staff acted quickly and discovered a baby yak had recently been born. The newborn yak needed immediate attention because the mother (3-year-old Nika) was not caring for her new offspring. Zookeepers rounded up towels and blankets and began the process of drying and warming the calf. The calf was treated by the veterinarian for frostbite on the nose and lips, given IV fluids, and a shot of Nuflor to combat possible pneumonia. Zookeepers have been working around the clock to make sure Roberta Dolores is drinking, gaining weight, staying warm, and getting stronger each day. She is drinking 37 oz. of milk replacer each feeding and now weighs 64 pounds. Berta, as the keepers call her, often gets the zoomies when out exercising in the kangaroo yard. 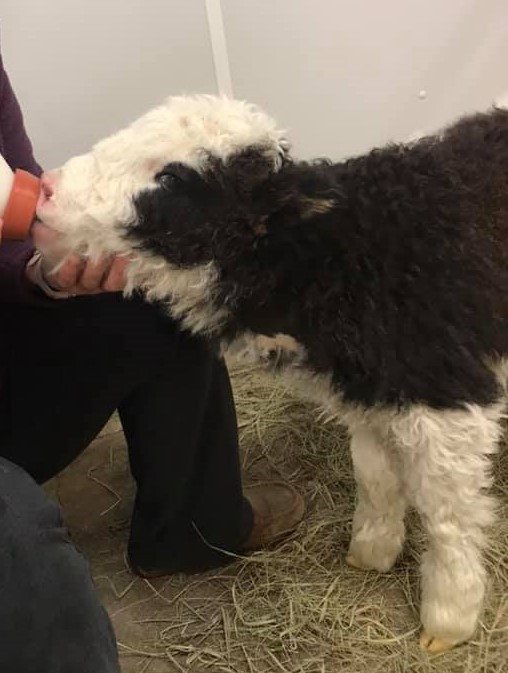 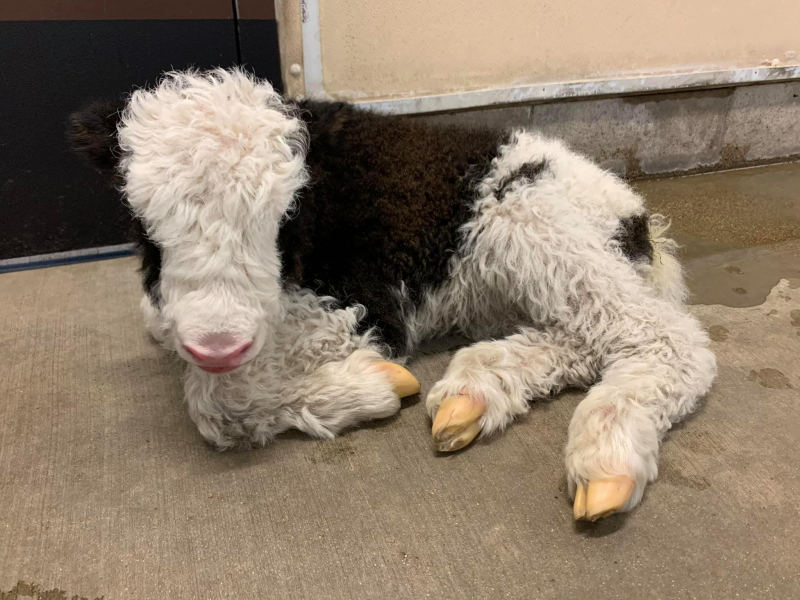 Topping off the trifecta of cute and cuddly kitty cats are the rare and spectacular Pallas' Cats. These three were born in July at the Bramble Park Zoo in Watertown, South Dakota. The Zoo is especially proud of these curious little creatures because it has been trying to breed them for years. Well, congratulations!  Can I have one? 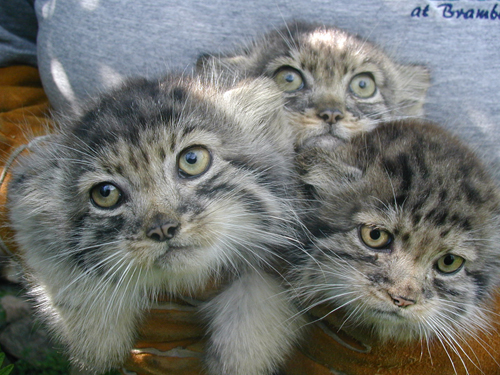 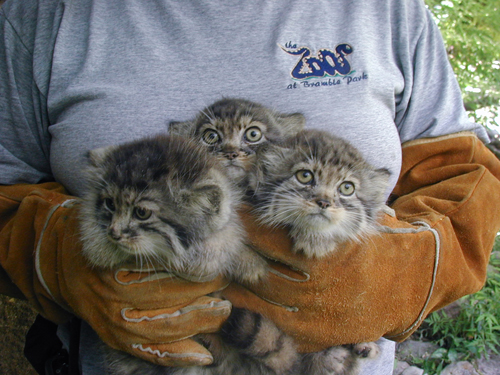