Iowa’s Blank Park Zoo recently announced that their Lioness, Neema, had successfully given birth to three cubs! Two females and one male were born on November 14.

The cubs have been spending time bonding with mom. At their first physical on November 20th, they individually weighed 1.46 kg, 1.37 kg and 1.2 kg.

“Neema has been a very attentive and protective mother to the cubs,” said Dr. June Olds, chief veterinary programs officer. “We suspect the cubs were a bit underweight at their first physical because it was a large litter.”

Staff has been supplementing the feeding of the smallest cub, the male, because he is currently a week behind in growth compared to the other cubs, and his condition is considered guarded. “We are going to continue to evaluate his milestones and supplement him as needed. I am very impressed that ‘Neema’ has been allowing us to do that,” said Olds.

Two other cubs, born four hours after the initial three, failed to thrive and unfortunately did not survive. 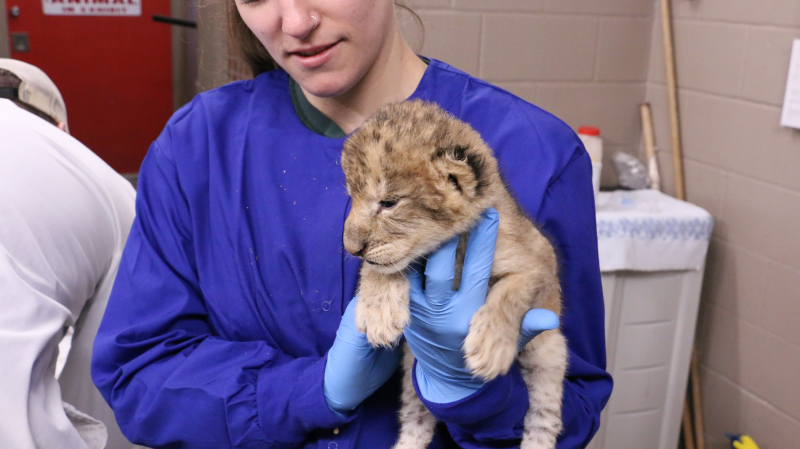 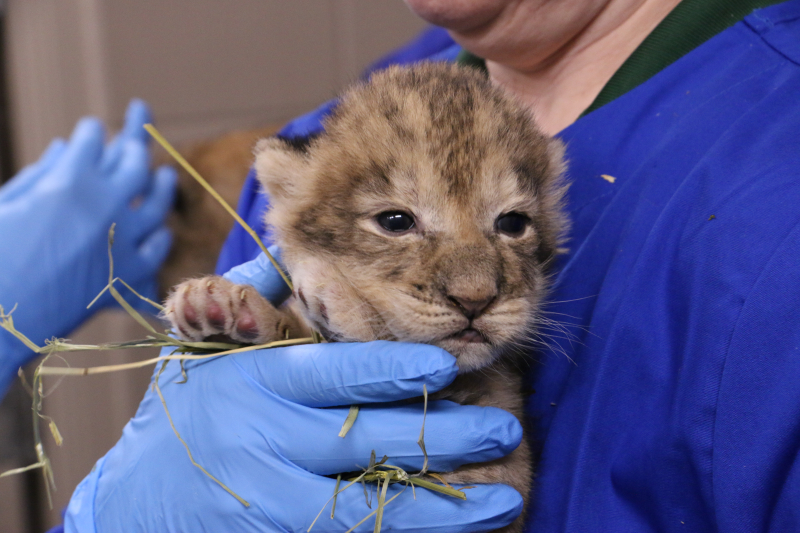 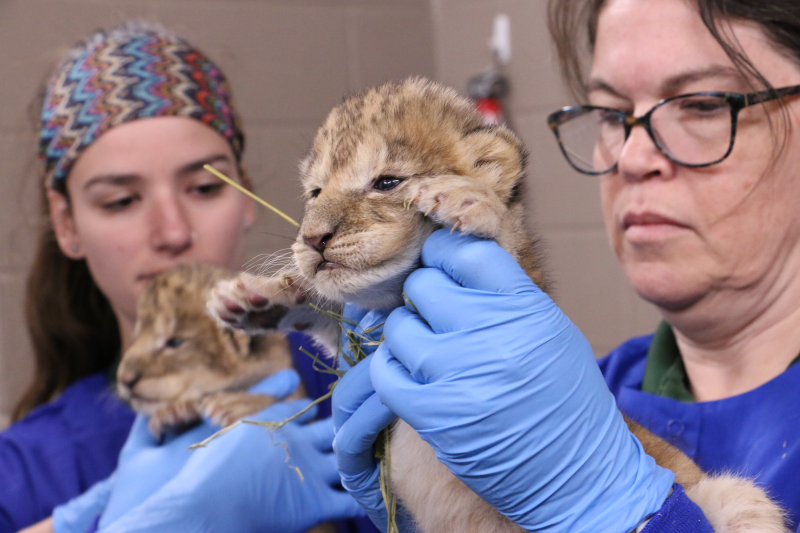 Blank Park Zoo staff never goes directly into areas with dangerous animals such as Lions. For the keepers to attend to the cubs and perform exams, Neema had to ‘shift’ to another room.

Blank Park Zoo’s male lion, Deuce, arrived at the zoo in 2012. Neema and another female, Kadi, arrived at the zoo’s Tom and Jo Ghrist Great Cats Complex in June of this year from the Santa Barbara Zoo. The Lions are part of the Species Survival Plan. Deuce and Neema were given a breeding recommendation by the SSP.

“As we see populations of Lions declining in their natural habitats, these cubs will play an important role in saving Lions for the future,” said Mark Vukovich, CEO. “The population of Lions has decreased by more than 40 percent in the past 20 years.”

The cubs and Neema are still spending quality time together and are not currently available to be seen by visitors. Before visitors will be allowed to see them, the cubs must go through a series of vaccinations, which will take a few months. Blank Park Zoo will be setting up some remote viewing options for visitors in the coming weeks.

Zoo officials will be releasing plans for naming the cubs in the coming days, as well.

Blank Park Zoo will be giving a donation to the *Ruaha Carnivore Project in honor of the cubs. A portion of every dollar spent at Blank Park Zoo is used to help save animals in their natural habitats. “This is an extremely significant event, not only in Blank Park Zoo’s 50 year history, but also for this critically endangered animal species,” said Mark Vukovich, Blank Park Zoo CEO.

The birth occurred October 11, and within the first hour, the calf was standing and walking. By two hours old, the calf was attempting to feed: all positive signs of a healthy baby Rhino calf.

The Eastern Black Rhinoceros (Diceros bicornis michaeli) is also known as the East African Black Rhinoceros. A subspecies of the Black Rhino, its numbers are low due to poaching for its horn. Fewer than 1,000 remain (a combined estimate of wild and captive populations). Only two have been born in the United States, this year, and a total of seven in zoos worldwide. The species is currently listed as “Critically Endangered” on the IUCN Red List of Threatened Species.

"The Eastern Black Rhino is at a 'tipping point' in the wild, meaning that deaths, mostly due to poaching, will soon outnumber births," said Kevin Drees, director of animal care and conservation. “The captive zoo population plays a role in survival of the species, and Blank Park Zoo has partnered with the International Rhino Foundation to secure the species future. This celebrated birth should raise awareness and bring attention to this critical wildlife situation.” 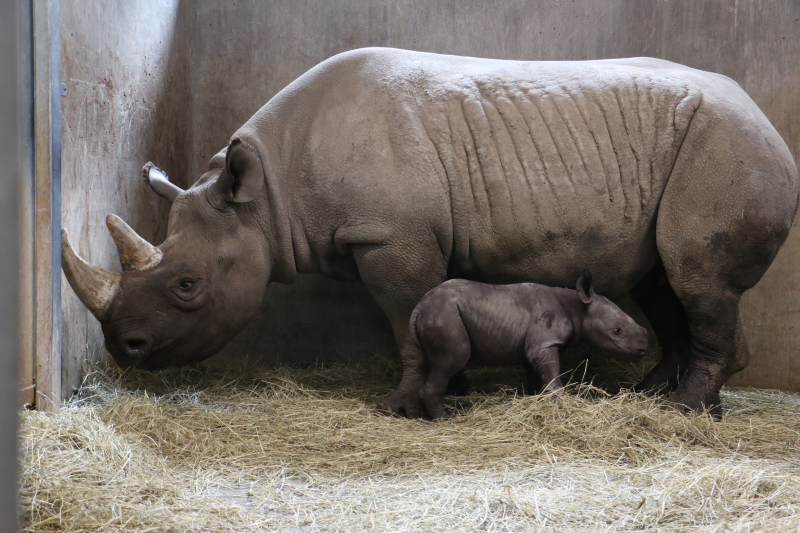 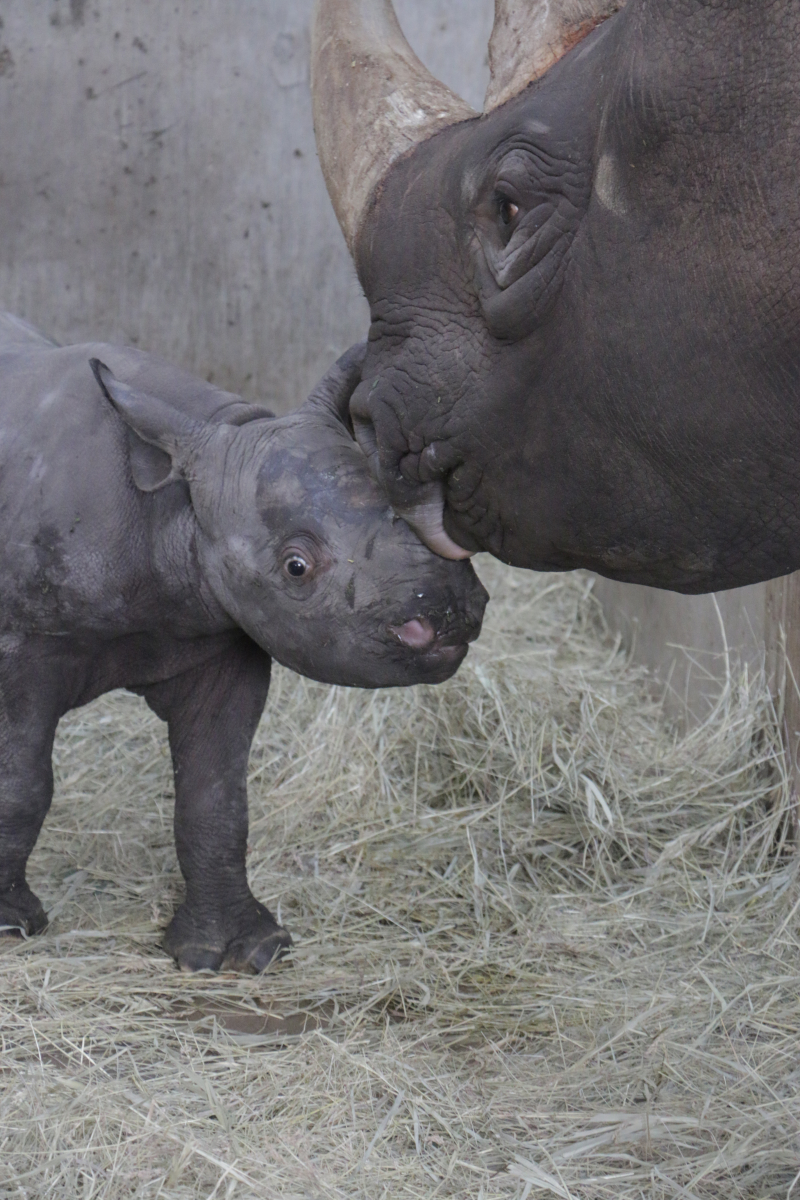 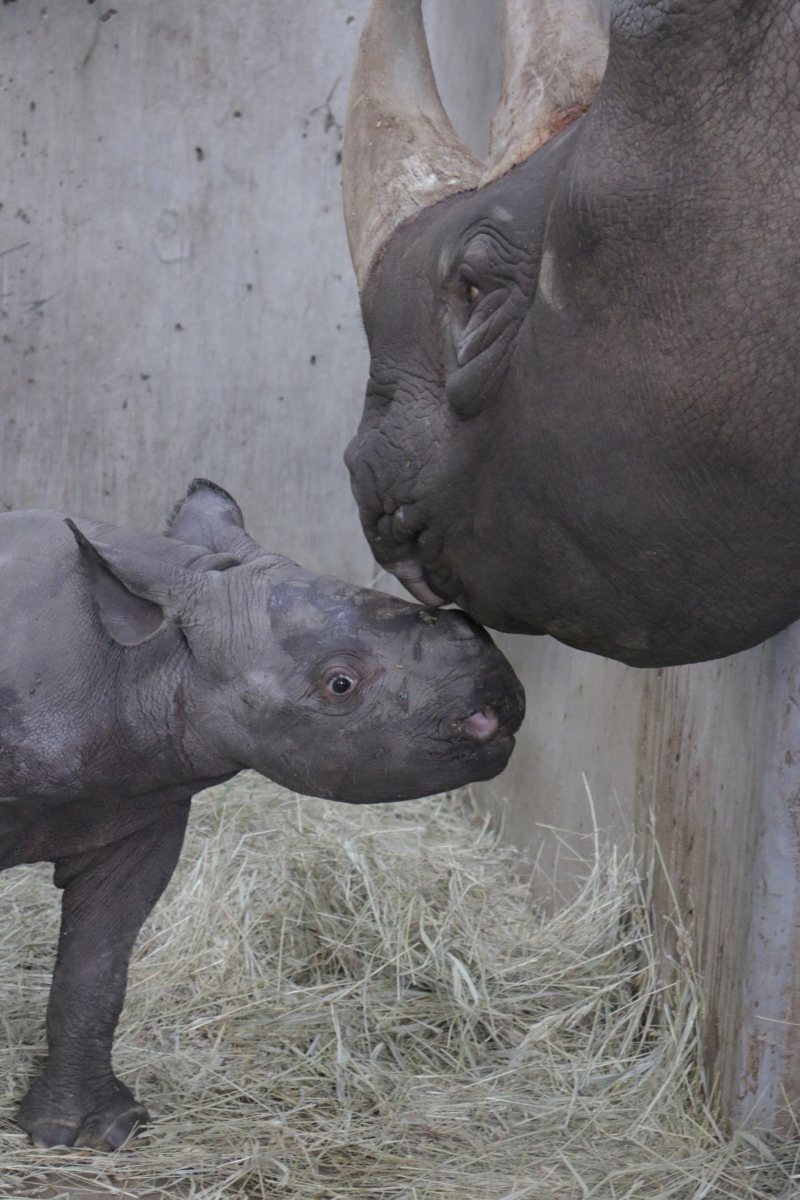 Blank Park Zoo intends to organize a fund-raising campaign that will offer a chance to name the new baby Rhino.

Zoo officials stated that the baby would not be on public exhibit. Their intention is to allow an appropriate amount of bonding time for mom and baby. The Zoo will, however, be releasing updates via pictures, video and live webcams on its Facebook page located at: www.facebook.com/blankparkzoo and on the Zoo’s YouTube channel: www.youtube.com/blankparkzoo .