A rare White American Bison calf was born at the Belgrade Zoo on May 28. White Bison are estimated to occur in only one out of ten million births.

The calf, named Dusica, is the offspring of Jova, an 11-year-old white male, and Iva, a seven-year-old female with a typical brown coat. 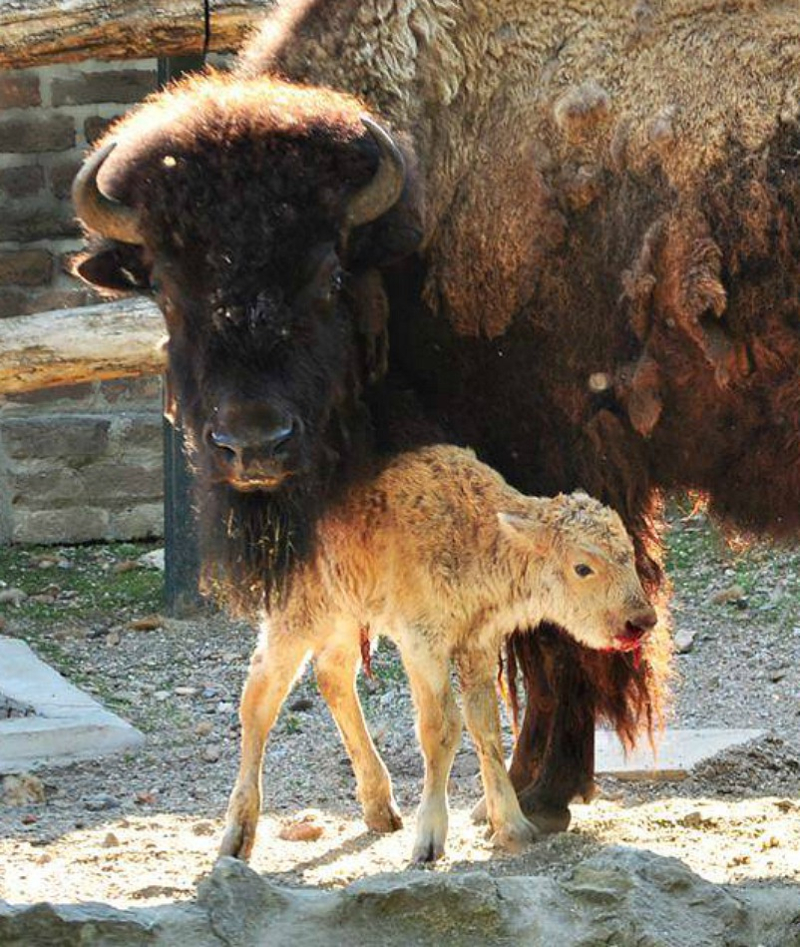 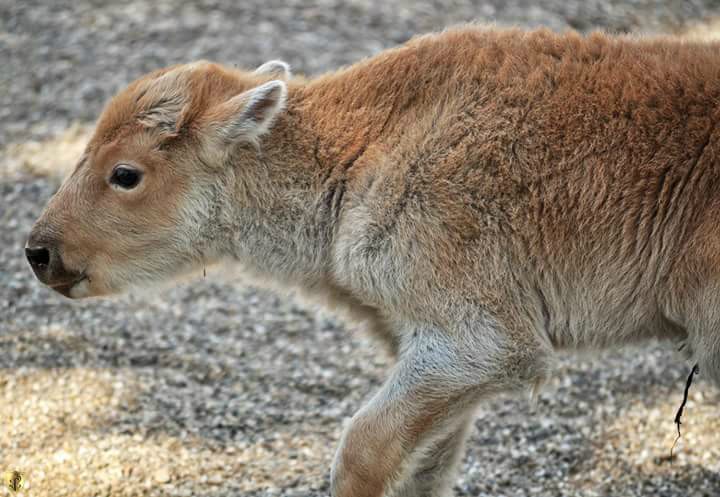 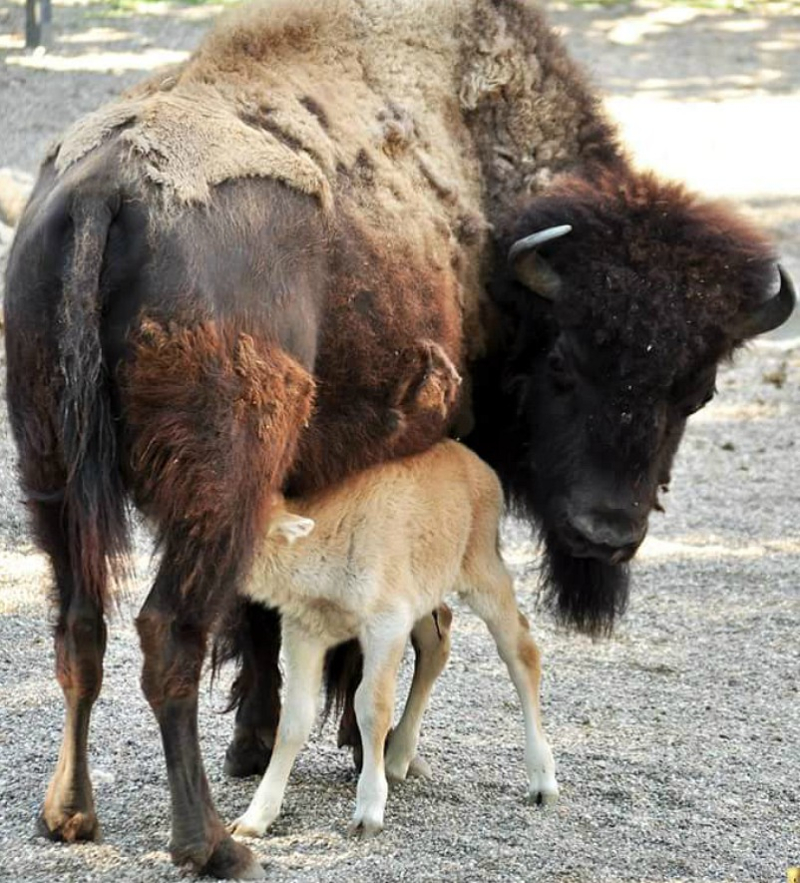 White Bison occur naturally due to albinism, leucism, or other genetic conditions. Sometimes, a White Bison develops brown fur as it ages. Others remain white (or light tan) for their entire lives. White Bison can also result from cross-breeding with cattle.

Some American Indian tribes consider White Bison to be sacred as part of spiritual rituals.

American Bison are often referred to as “Buffalo,” but that term is misleading. Bison are quite different than true Buffalo species, such as the Asian Water Buffalo or the African Cape Buffalo. But early European settlers and explorers, upon seeing American Bison for the first time, thought the animals resembled Buffalo, and the name has been used ever since.

The Belgrade Zoo has a long history of breeding white animals, including Bengal Tigers, African Lions, Wallabies, Deer, Indian Peafowl, and various reptiles. Belgrade, the capital of Serbia, is known as the “White City.”

American Bison can weigh up to a ton (2,000 pounds) and feed on grass and vegetation.

Before settlement of the American West, hundreds of millions of Bison roamed the North American plains. By the 1800s, Bison were nearly extinct due to overhunting, with only a few hundred animals surviving. Breeding programs and farming have increased the population to around 150,000, but Bison are listed as Near Threatened by the International Union for Conservation of Nature (IUCN). This status is due to the fact that most animals are maintained under conservation programs and only five viable populations exist in the wild. Herds are dependent on wide areas of protected land, including national parks and refuges. The sweet face of a Red-necked Wallaby joey recently emerged from its mother’s pouch at Belgrade Zoo.

The zoo currently does not have a name for the joey. Once the youngster begins to spend time outside of mom’s pouch, keepers will be able to determine the sex and find a proper name. They estimate the joey is about five to six months of age.

The Red-necked Wallaby, or ‘Bennett's Wallaby, (Macropus rufogriseus) is a medium-sized macropod marsupial, common in the more temperate and fertile parts of eastern Australia, including Tasmania. 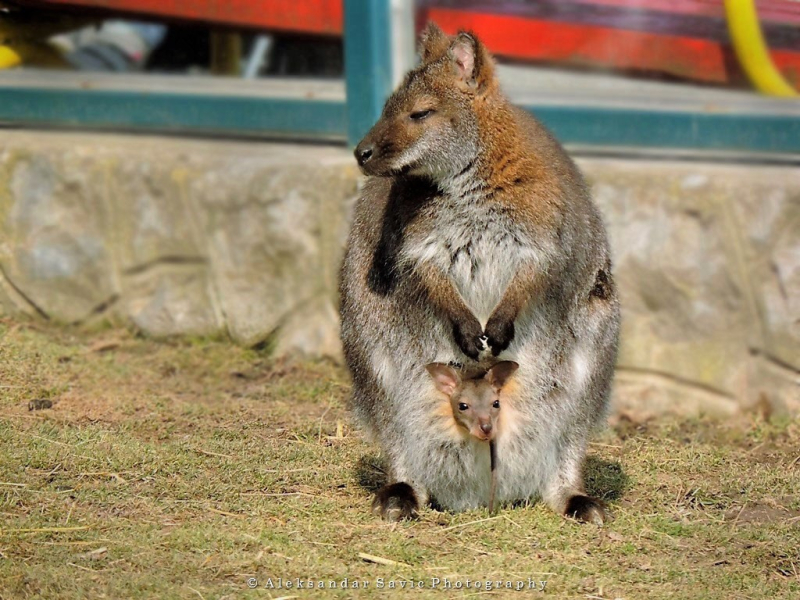 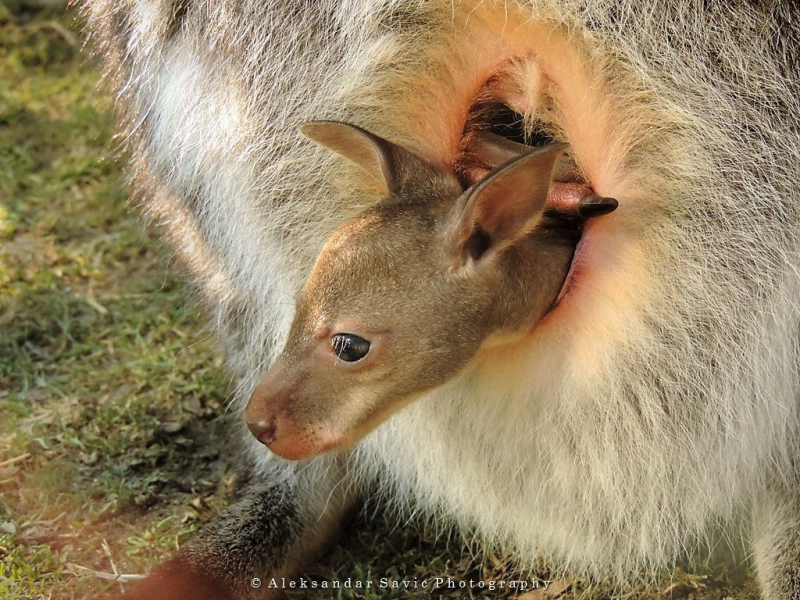 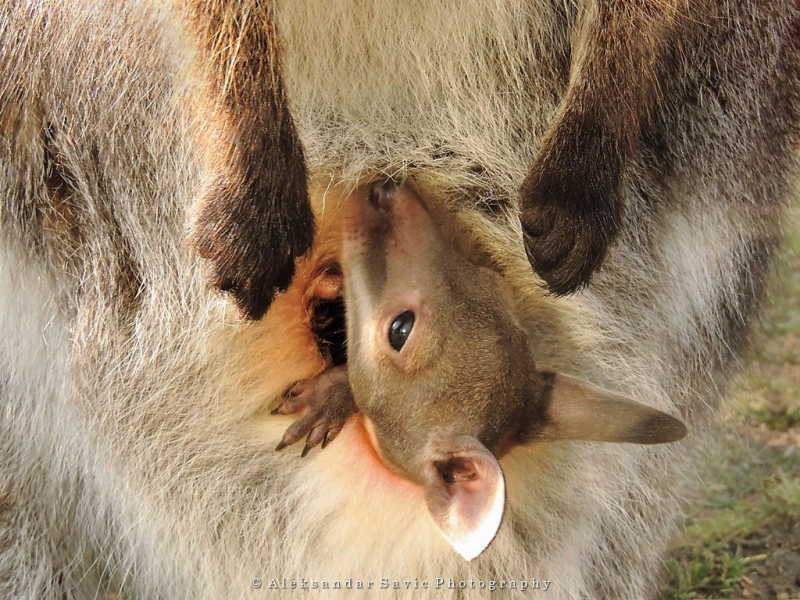 Red-necked Wallabies are distinguished by their black nose and paws, white stripe on the upper lip, and grizzled medium grey coat with a reddish wash across the shoulders. They can weigh 13.8 to 18.6 kilograms (30 to 41 lb) and attain a head-body length of 90 cm (35 in), although males are generally bigger than females. Red-necked Wallabies may live up to 9 years.

Females may, however, stay in the home range of their mothers for life while males leave at the age of two. Red-necked Wallabies also engage in alloparental care, in which one individual may adopt the child of another. This is a common behavior seen in many other animal species like wolves, elephants, and fathead minnows.

Red-necked Wallabies are mainly nocturnal, and they spend most of the day resting. Their diets consist of grasses, roots, tree leaves, and weeds.

The Red-necked Wallaby is currently classified as “Least Concern” by the IUCN. In Tasmania and coastal Queensland, their numbers have expanded over the past 30 years because of a reduction in hunting pressure and the partial clearing of forest to result in pastures where Wallabies can feed at night, alongside bush land where they can shelter by day.

Zookeepers at the Belgrade Zoo unveiled two rare baby white lions Sunday. The cubs were born last Tuesday, and are doing well. Their mother was a white lioness, but dad had normal colorings. White lions are a genetic rarity caused by the inheritance of two recessive genes. This is different from albinism, which is caused by a lack of pigmentation. 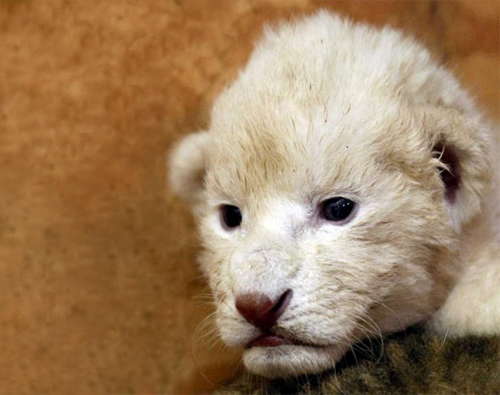 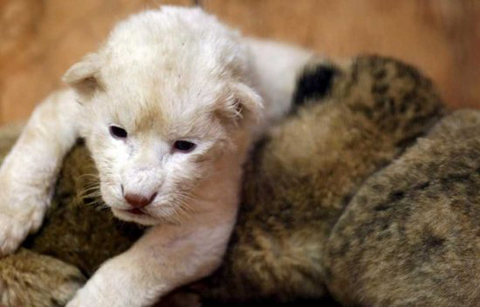 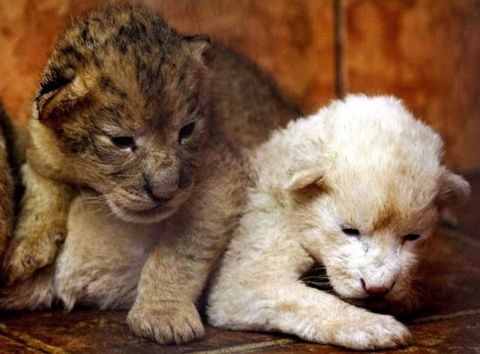 more photos below the fold...