Something wonderful happened at France's Zoo Parc de Beauval in the middle of the night on Sunday, October 16... a White Rhino was born.  The baby, a male, weighed about 176 pounds (80 kg) and the report is that he and Satara, his mother, are doing well -- so well in fact that he is already on view through a huge window in the Rhino house.

For now he is sticking close to mom and can be seen nursing. But in a few weeks, he will go out with his mother into the habitat to join the 70 other animals that inhabit the sizeable area, including Wildebeest, Giraffes, and Zebras. His horn will begin to grow when he is 3-4 months old.

This is the second male White Rhino born at the zoo -- the first, Kanty, was born in Novmeber of 2009. The White Rhino is particularly endangered due to poaching for the purported value of their horns. Rare in the wild, the White Rhino has an EEP (European Breeding Program) to encourage reproduction, which has proven difficult at zoos. 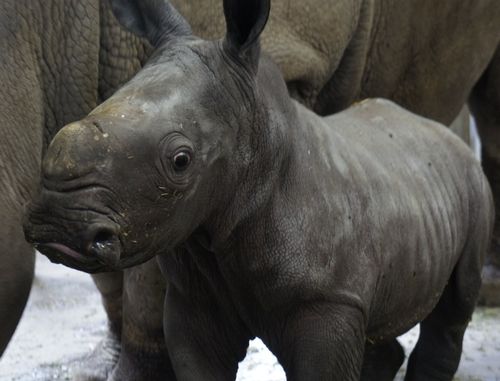 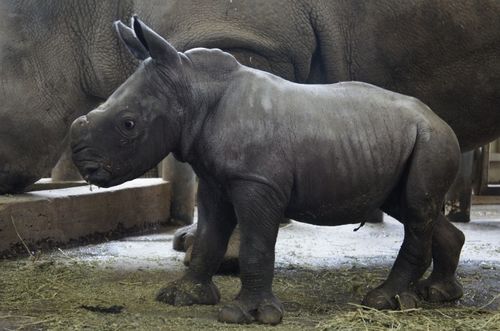 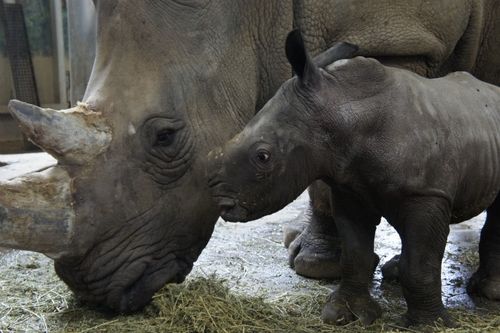 Manatee and Mommy at Zoo Beauval 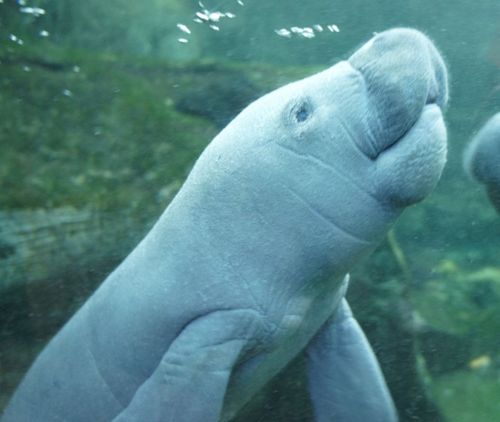 Though not a traditional time of year for manatee births, Zoo Parc de Beauval in France welcomed a manatee calf yesterday! The little one has been seen suckling and swimming near mom in its first 24 hours.

Manatees are born underwater and mom helps the calf get to the surface to take its first breath. The babies can usually swim on their own within the first hour after birth. While they only nurse as calves, they will grow to become hearty grazers...eating up to a tenth of their weight in algae, weeds and grasses in a single day!

Sometimes called sea cows, manatees are actually graceful swimmers despite their size. They never leave the water but need to come to the surface to breathe like all marine mammals. Often the only thing visible at the surface of the water is their nose, but below, their powerful tails can propel them along at 5 mph (8 kmph).

There are three species of this highly endangered animal, and they each live in different areas – one in the Amazon River, another along the west coast and rivers of Africa, and a third along the east coast of North America. Beauval Zoo is the only Zoo in France to have a manatee, which was born as part of as the European breeding program for this species (EEP). 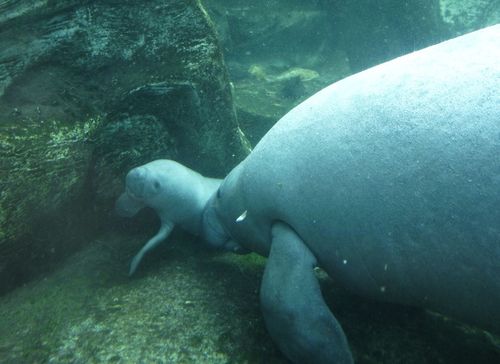 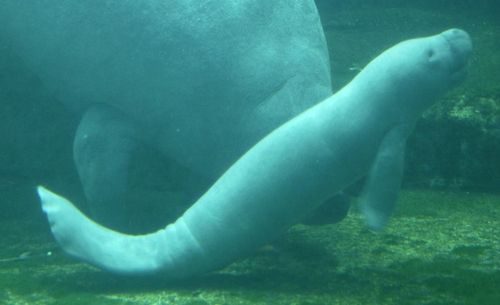 Eora the Koala Emerges in Beauval 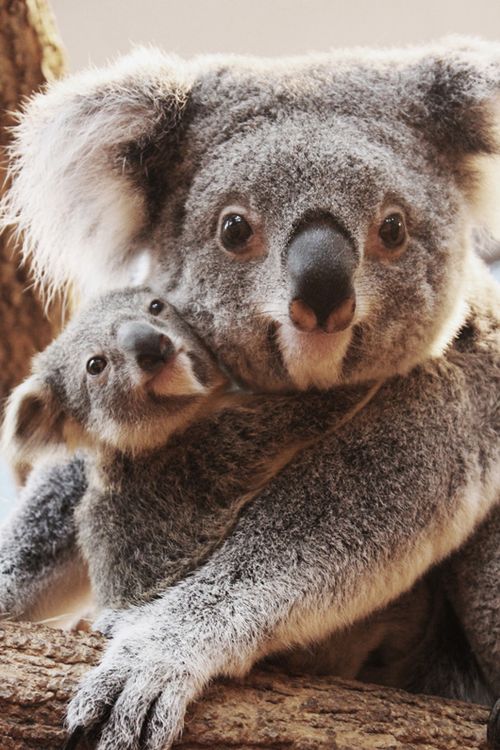 Excitement is in the air at Beauval Zoo, as France's newest little Koala joey, Eora, has just fully emerged from her mother's pouch. Named after the aboriginal word for "here" the tiny Joey was only 2 cm long when she was born in late May. Koala joeys typically spend the first six to eight months of life hidden safely inside their mother's pouch. While Eora may have outgrown the cozy pouch, she's definitely not too old for piggy-back rides! In the wild, Koala's are threatened by human encroachment, which carves up their range into tiny parcels and increases the threats of fire and attacks by domestic animals. 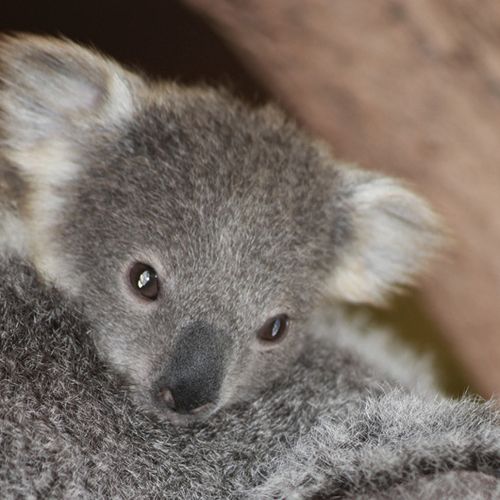 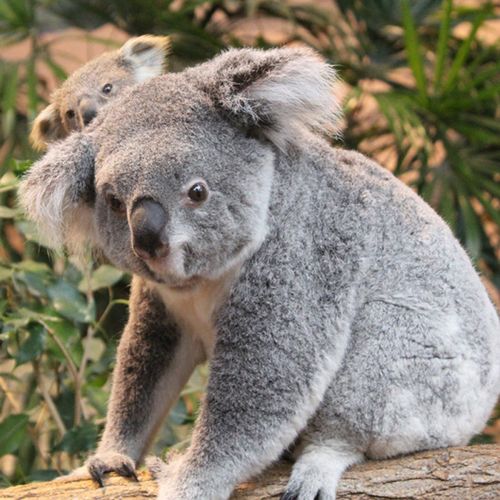