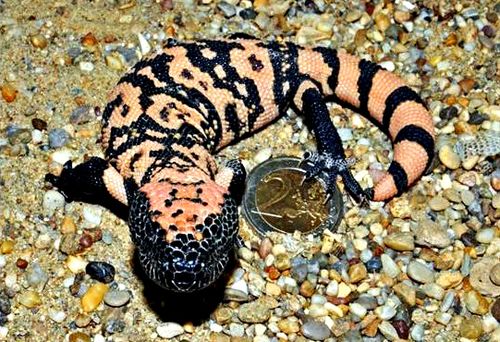 After a four-and-a-half month incubation period, several Gila Monsters have hatched at Austria’s Aqua Terra Zoo.  Hatchlings are about 6 inches long (15 cm) and can bite and produce venom from the moment they hatch.

Native to the southwestern United States and Mexico, Gila Monsters are one of only two venomous lizard species native to North America.  (The other is the Mexican beaded lizard.)  Despite being venomous, Gila Monsters are slow-moving, so they are not a great threat to humans. 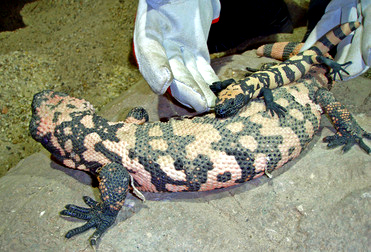 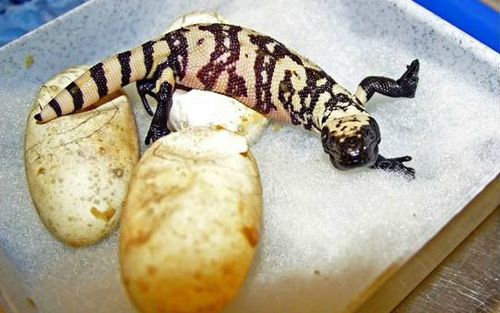 Gila Monsters do not inject their venom; rather it is applied through capillary action while the lizard is chewing its prey.  They typically feed on bird and reptile eggs, and in the wild may eat less than a dozen times per year. 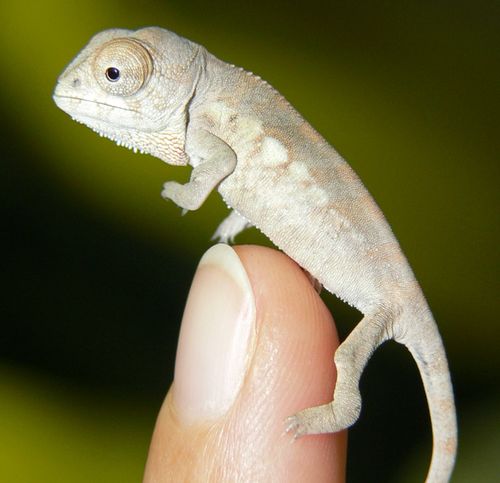 The zoo’s female Panther Chameleon laid 35 tiny eggs early this year. While the eggs incubated, the staff carefully mimicked the seasonal variations of rainy and dry periods that the species would experience in its native Madagascar.  Finally, the 1/2-inch-long (1 cm) juveniles emerged from their eggs this month. 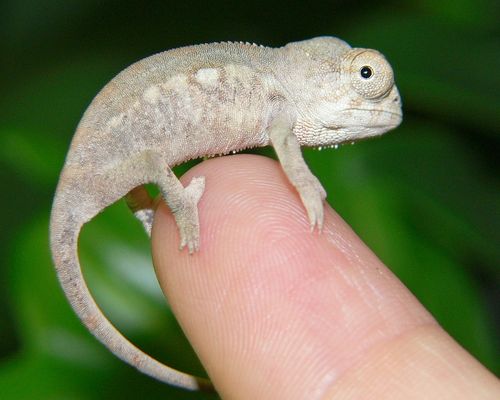 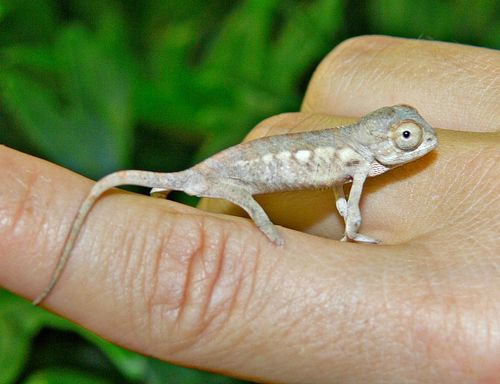 A colony of fruit flies is maintained to feed the lizards.  Like all Chameleons, these little ones are amazingly accurate “sharp shooters,” using their tongues to snag the tiny flies.  The staff feeds the colony hourly and waters them by hand to make sure each lizard gets a meal.  The hatchlings have already doubled in size!

Panther Chameleons are listed on Appendix II of CITES, due to loss of habitat on the island of Madagascar.  Sale of animals for the pet trade is tightly controlled by international quotas. 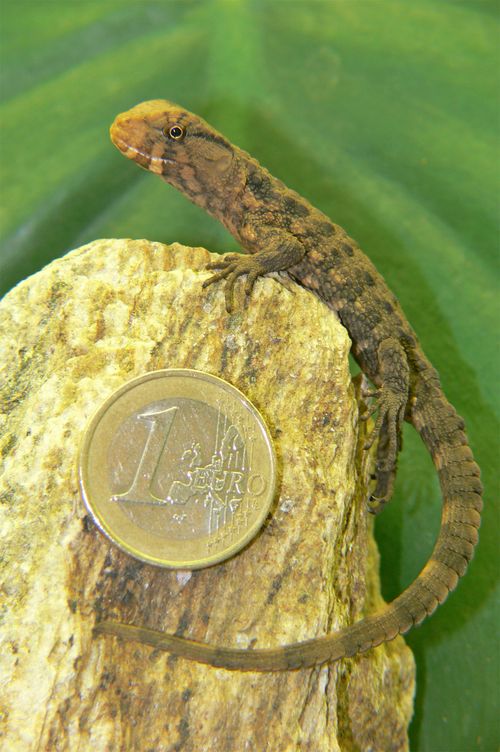 Chinese Crocodile Lizards are native to southeastern China and northeastern Vietnam, and are named for the crocodile-like appearance of their tail.  They live near small streams and ponds, where they feed on tadpoles, insects, and caterpillars.  They often remain motionless for hours, and are called “lizards of great sleepiness” by local residents. Forest clearing and collection for the pet trade threaten the small, little-studied populations of Chinese Crocodile Lizards, which are listed on Appendix II of CITES.  Export for the pet trade has diminished with protection from the Chinese government.