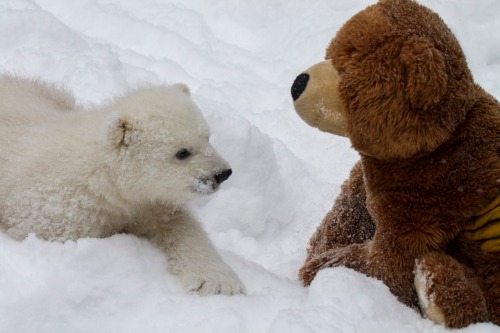 Kali sizes up her opponent...

On March 12, an Inuit hunter shot and killed a female Polar Bear near Point Lay, Alaska. When he realized it was a female, he searched for the den and found young Kali, a 3 - 4 month cub. The hunter then carried the cub to the Department of Wildlife Management who then passed the healthy 18.4lb cub to the Alaska Zoo who was equipped to care for the orphan.

Thankfully the cub has so far thrived under the care of keepers and veterinarians, exhibiting the trademark playfulness of his age and species. In these photos, taken by volunteer photographer John Gomes at the Alaska Zoo, the cub takes on a similarly sized opponent. Plans are in the works to relocate the cub to the Buffalo Zoo in New York, which recently welcomed another cub, Luna. 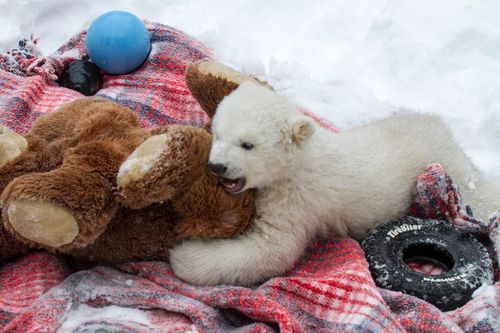 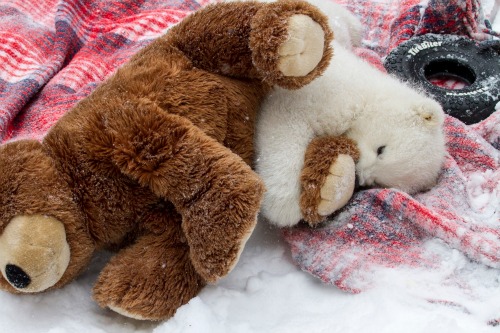 Brown Bear gets the upper paw! 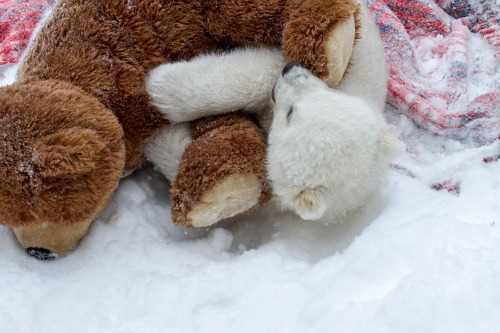 Exhausted, they agree to disagree 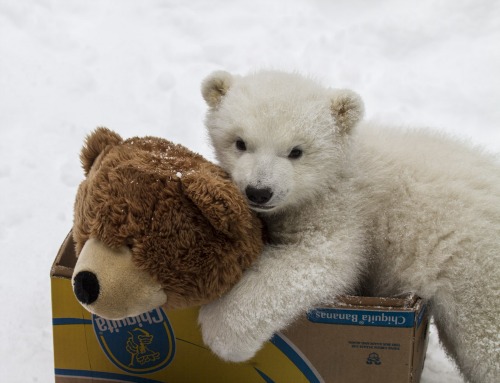 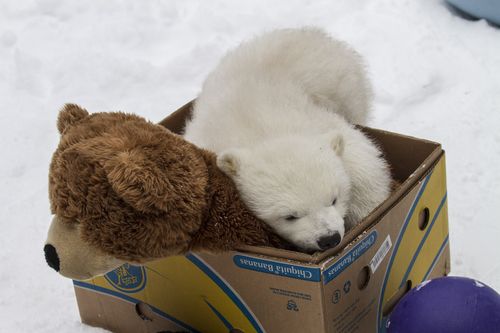 Polar Bears are one of the most recognizable animals threatened by melting polar ice. The Alaska Zoo works with Polar Bears International (PBI) to try to reverse this troubling trend. The Alaska Zoo is a PBI Arctic Ambassador Center, which means they:

* Provide leadership for carbon emission reduction in their communities

* Play a key role in the PBI Sustainability Alliance, a front-line team helping to save polar bears in a rapidly warming Arctic

Thanks to Jaymie Wahlen for her help on this post.