EATONVILLE, Wash.— Northwest Trek Wildlife Park is now home to three Alaskan moose calves after they were orphaned in the wild earlier this summer. Keepers have named the almost 3-month-old calves Atlas, Luna, and Callisto (Cuh-list-o) after the moons of several planets. 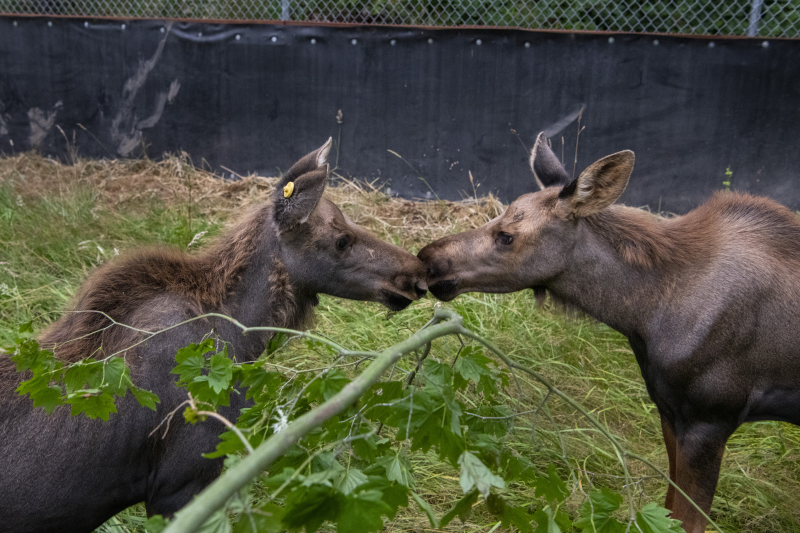 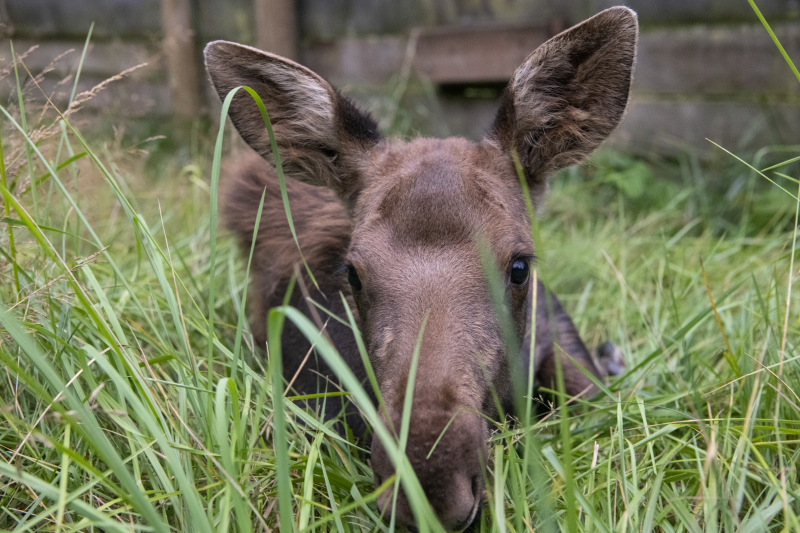 "We're excited to welcome another generation of moose to Northwest Trek and provide a second chance and great home for these orphaned moose," said zoological curator Marc Heinzman. "Once these calves grow into adulthood, they will be a thrilling sight for our guests." Luna, an orphaned female calf, was rescued after wandering alone around the small town of Ninilchik, Alaska for several days in late May. After closely monitoring the calf and not seeing her mother, biologists from the Alaska Department of Fish & Game (ADFG) transported her to the Alaska Zoo for temporary care. Luna's keepers describe her as "elusive and independent." 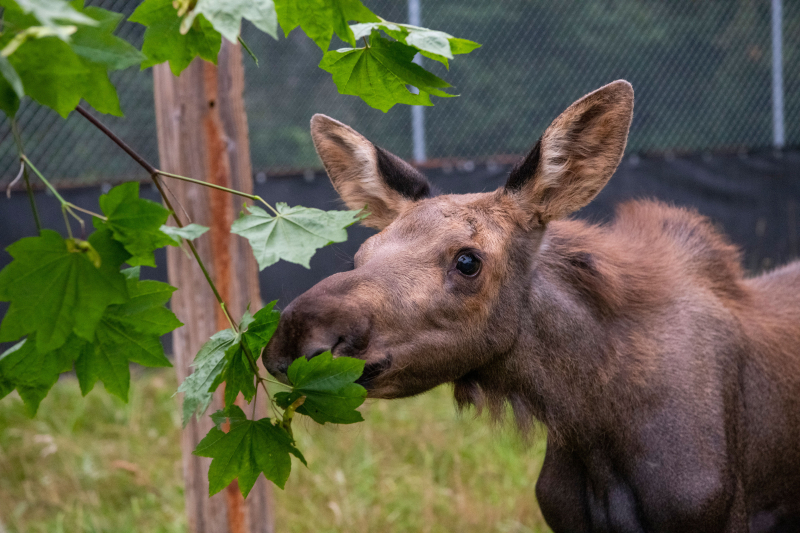 ADFG biologists rescued Atlas, an orphaned male calf, in late May in Anchorage and Callisto, an orphaned female calf, in early June on the Kenai Peninsula. The Alaska Wildlife Conservation Center provided a temporary home for both calves over the summer until they could safely move to their permanent home at Northwest Trek. Keepers describe Atlas as "confident and relaxed" and call Callisto a "sassy calf with a big personality." "We're grateful to Alaska Zoo and Alaska Wildlife Conservation Center staff for their extraordinary care of these calves over many months," said Heinzman. According to ADFG, each time biologists receive a report of an orphaned calf, they give the cow (mother) and calf at least a day to try to find each other on their own. Fortunately, most of the time, the cow has just wandered off for a little while and left the calf in a place she thought was safe. If biologists cannot find the cow, they will transport the orphaned calf to an animal care facility.

All three calves arrived at Northwest Trek in mid-August and are adjusting well in an off-exhibit area. The wildlife park's animal care and veterinary teams are closely monitoring the calves and feeding them three times daily.

"All three orphaned calves are healthy," said head veterinarian Dr. Allison Case. "I'm looking forward to helping them transition to their new home and watching them continue to grow and thrive."

Atlas, the male calf, weighs 165 pounds, with female calves Luna and Callisto weighing 159 pounds and 141 pounds. All three calves are about 4 feet tall. Moose are the tallest wild animals in North America, with adults growing to 1,200 pounds, 10.5 feet long and 7.5 feet high.

The three calves will soon meet their new buddy Aspen in an off-exhibit area. When the four moose are comfortable, they will enter the wildlife park's Free-Roaming Area together where guests may be able to spot them on a Wild Drive or Keeper Adventure Tour. Hint: moose love nestling in bracken (a tall fern), so keep an eye out for long ears and a long nose popping out from behind the foliage.

"We're excited to offer opportunities for our guests to see moose demonstrating natural behaviors across all stages of life," said Heinzman. "We hope this experience will inspire a deeper appreciation and caring for wild moose and the places they call home."

EATONVILLE, Wash.— Northwest Trek Wildlife Park is now home to three Alaskan moose calves after they were orphaned in the wild earlier this summer. Keepers have named the almost 3-month-old calves Atlas, Luna, and Callisto (Cuh-list-o) after the moons of several planets.