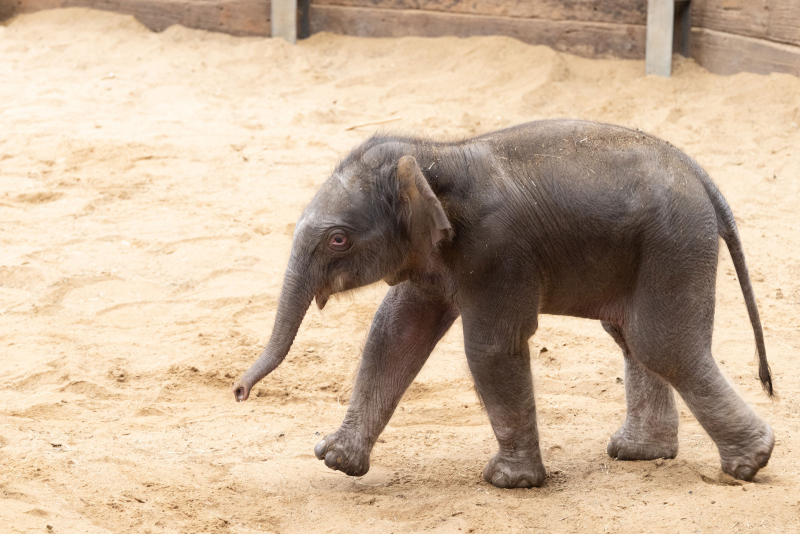 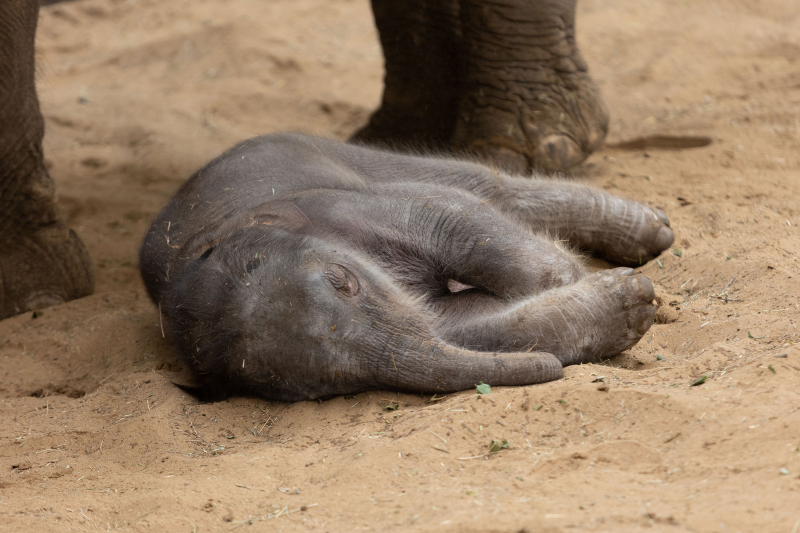 The not-so-tiny infant was born to mum Donna at around 7:00am, surrounded by the rest of the females in the herd, including her own mum Kaylee – who provided reassurance and support with gentle trunk nudges and murmurs to 13-year-old Donna as she delivered her calf. 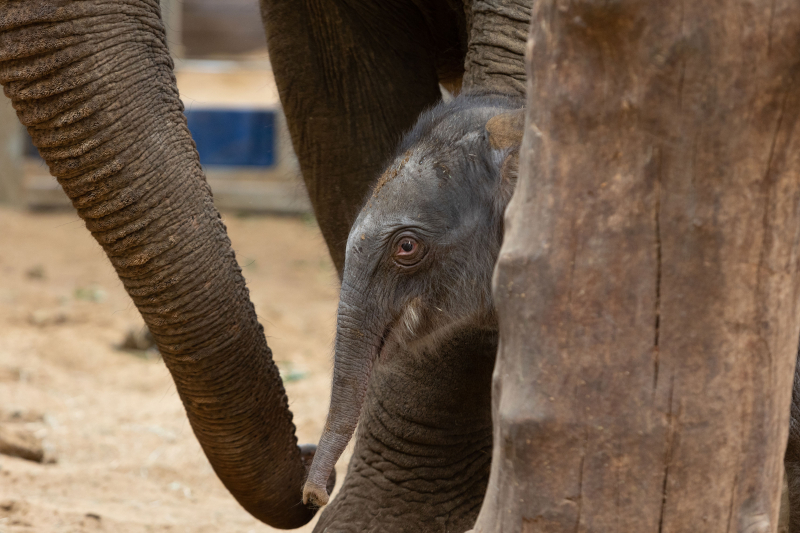 Captured on hidden cameras in Whipsnade’s Centre for Elephant Care, footage shows the calf being encouraged onto her feet by her mum and grandmother soon after being born and taking her first wobbly steps. 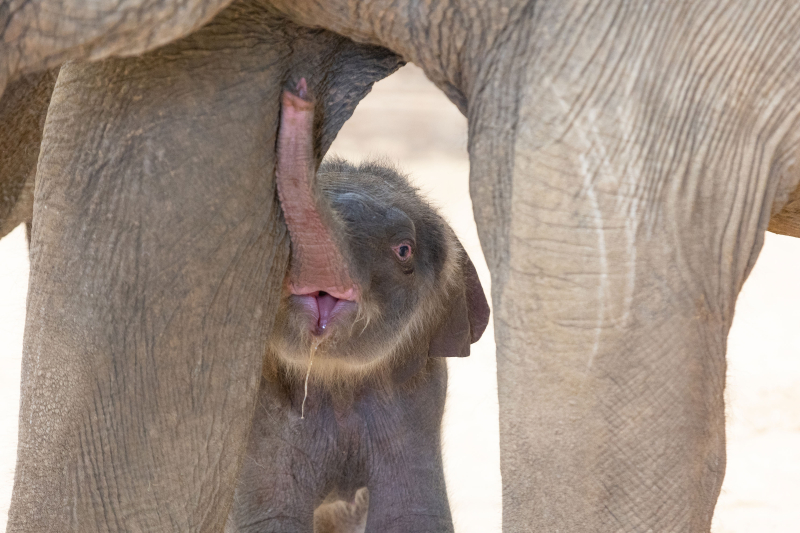 Identified as female by zookeepers, the new arrival is an important addition to the European breeding programme for the species – which in the wild are threatened by illegal wildlife trade, habitat fragmentation and climate change. 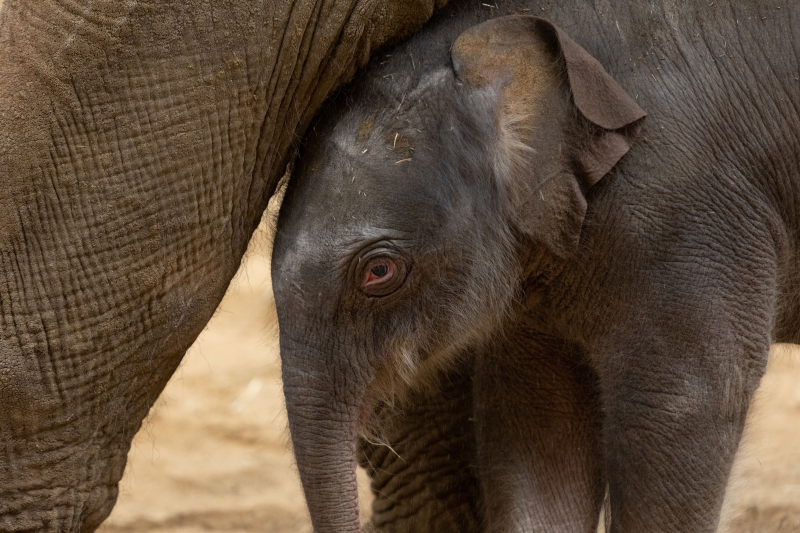 Despite initially putting keepers on alert due to taking her time to feed from mum, the yet-to-be-named calf appears to have already inherited mum’s determined personality. She resolutely followed Donna around until she was able to properly latch on and enjoy her first taste of milk – with keepers describing the pint-sized pachyderm as ‘milk-drunk’ afterwards.

Whipsnade Zoo’s deputy team leader of elephants, Mark Howes said: “To say we’re delighted by the arrival of this calf is just a huge understatement – it’s a massive success for Donna, for the herd at Whipsnade Zoo, and for elephant conservation full stop. This little infant is a really important addition to the European-wide endangered species breeding programme for Asian elephants. 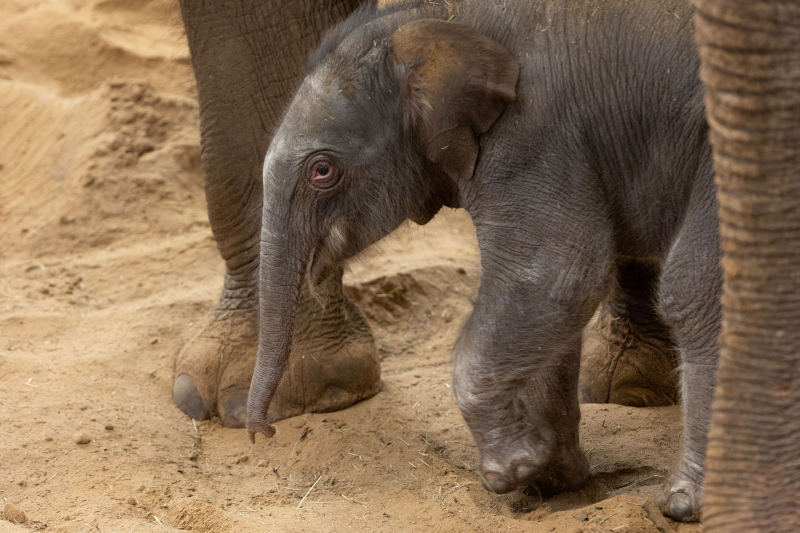 “We were able to watch the birth via our hidden cameras, and it was amazing to see grandmother Kaylee step in to show Donna how to break the amniotic sac that the baby was born in and move the rest of the herd out of the way to allow the little one to stand up for the first time. 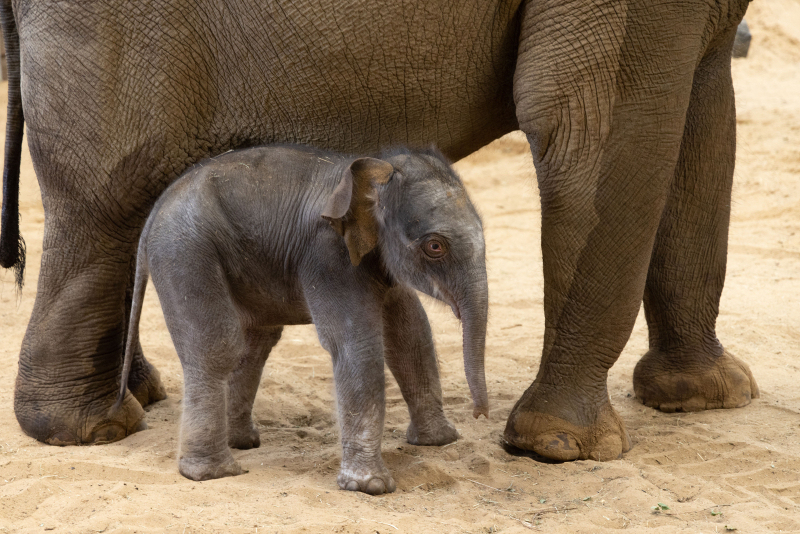 “The third in a matriarchal family line here at ZSL Whipsnade Zoo, she’ll grow up being nurtured and learning from her mum Donna and grandmother Kaylee, as well as her ‘aunts’ and ‘cousins’ in the herd – and we’re so excited to see her personality develop as she grows.” 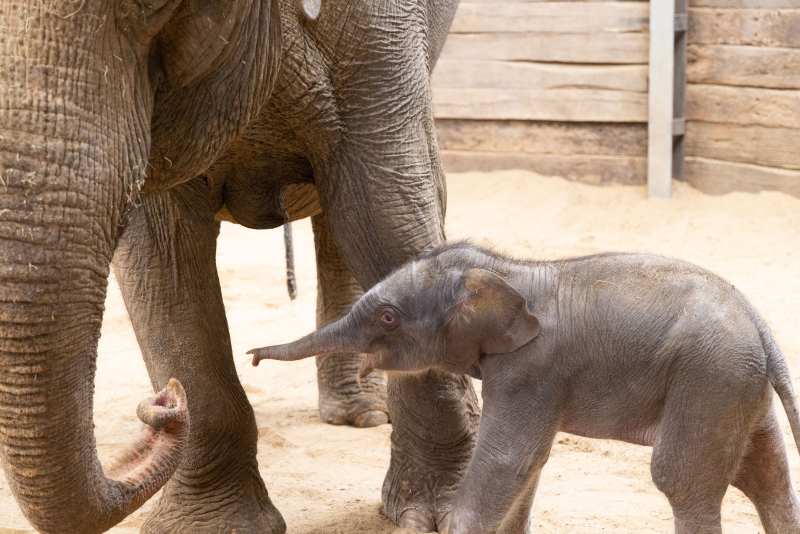 Sadly, elephants are considered by conservationists to be one of the most persecuted species in the world, facing daily threats in the wild from poachers, conflict with the communities they live alongside, droughts, as well as habitat loss and degradation. Asian elephants are classified as Endangered by the IUCN (International Union for Conservation of Nature). 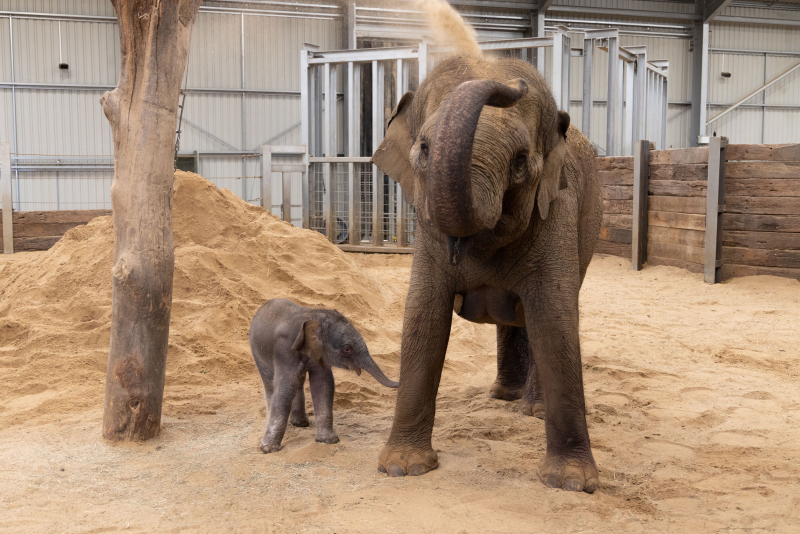 Howes added: “Here at ZSL, the conservation charity which runs Whipsnade Zoo, we’re one of the few conservation organisations working around the world to protect all three species of elephants – Asian elephants, African elephants and African forest elephants. Our herd play an active role in our conservation work, from helping us to develop new technologies to educating our visitors - every visit to see our elephants really is an act of support for their conservation.”

ZSL Whipsnade Zoo’s Centre for Elephant Care will be open to all visitors from today (Wednesday 24 August) with guests able to see the calf with mum and the rest of the herd, enjoying getting to know one another. To book a ticket to Whipsnade Zoo and support its global elephant conservation work, simply visit www.zsl.org/Whipsnade