Cougar Twins Get Shots And A Clean Bill Of Health 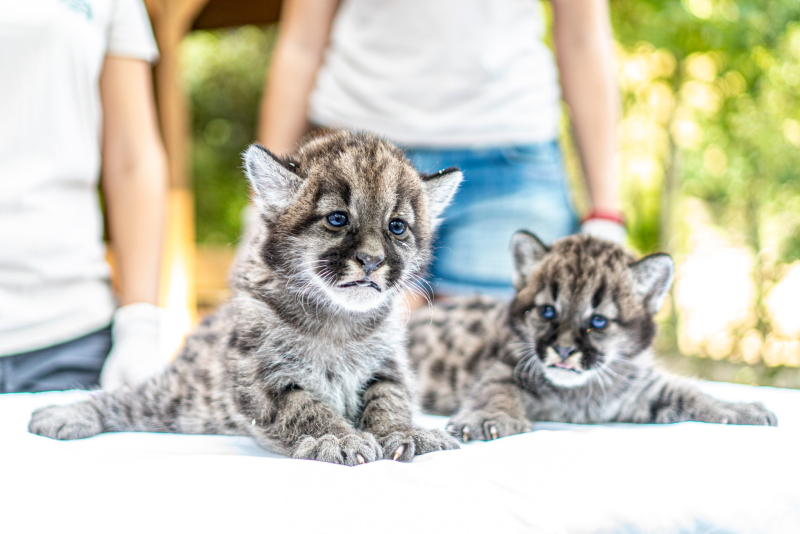 The male cubs were born after 90 days of pregnancy, which currently weigh 2380g and 2340g, are well taken care of by their mother. This feline is a solitary animal, care of the offspring is only the responsibility of the female, so the father animal stays in a separate enclosure.

The increasingly active cubs - currently with speckled fur - feed on mother's milk for the time being, but at 3 months they will start eating food consisting of meat. 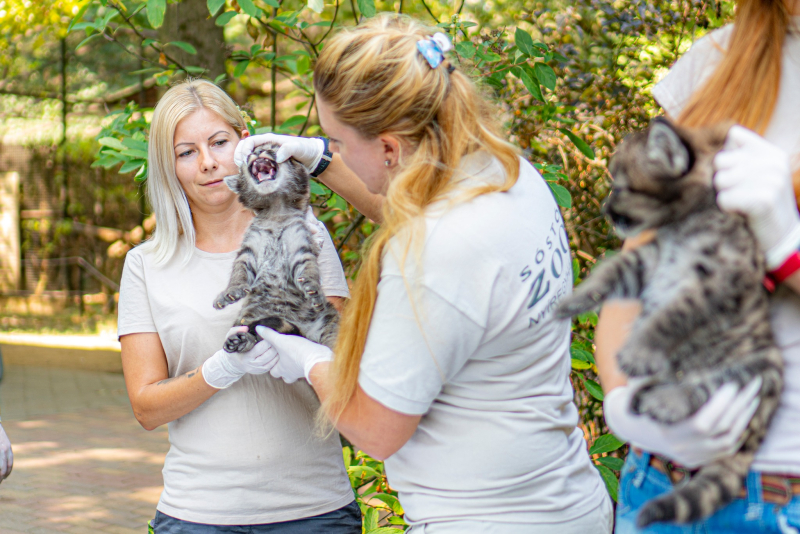 The cougar breeding pair has been a resident of the Zoo since 2019, and this is the first breeding of the 3-year-old female and the 12-year-old male.

The animal, also known as the puma, is an extremely good jumper and an excellent short-distance runner.

It was once a widespread species throughout North-Central and South America, and has a very good adaptability. It has also been found in mountainous areas, coniferous forests, swamps, plains, and tropical forests. However, its numbers are decreasing nowadays, the biggest danger is the loss of its habitat and hunting.

In terms of food, it is not picky - in fact, it hunts everything from mice to moose, but 75% of its main food is deer and roe deer. It can drop and carry prey seven times its body weight.

Despite its considerable body size (120 kg), the cougar does not systematically belong to the big cats, but to the small cats, that is, to the feline forms.

Cougar Twins Get Shots And A Clean Bill Of Health