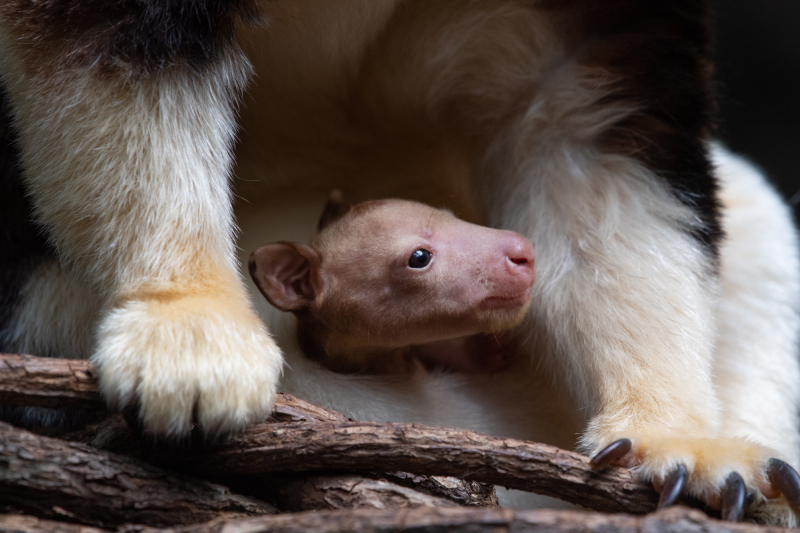 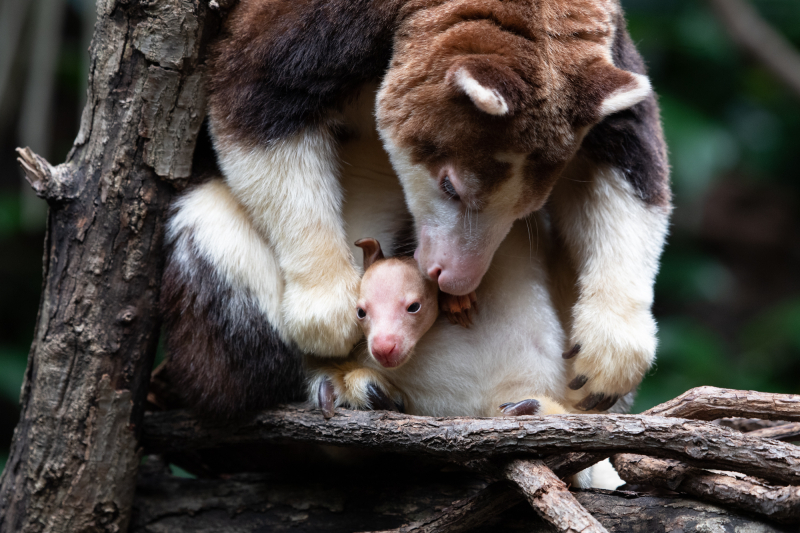 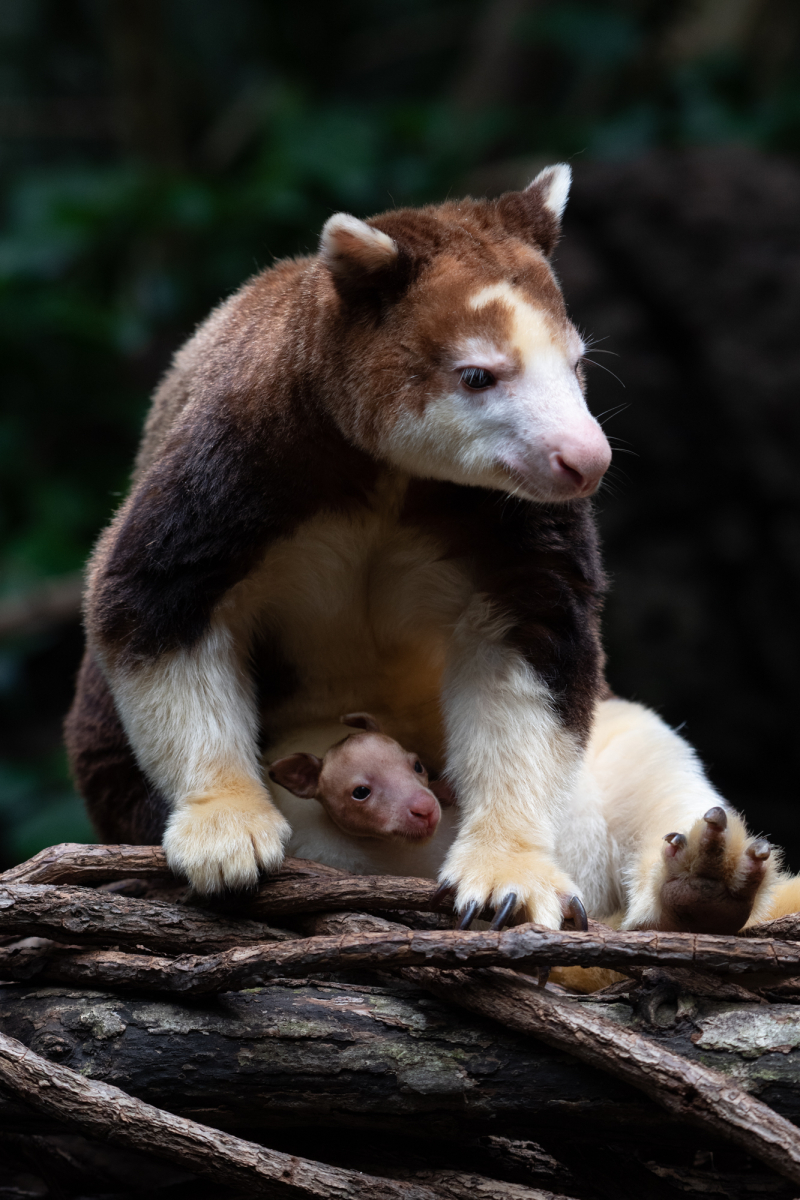 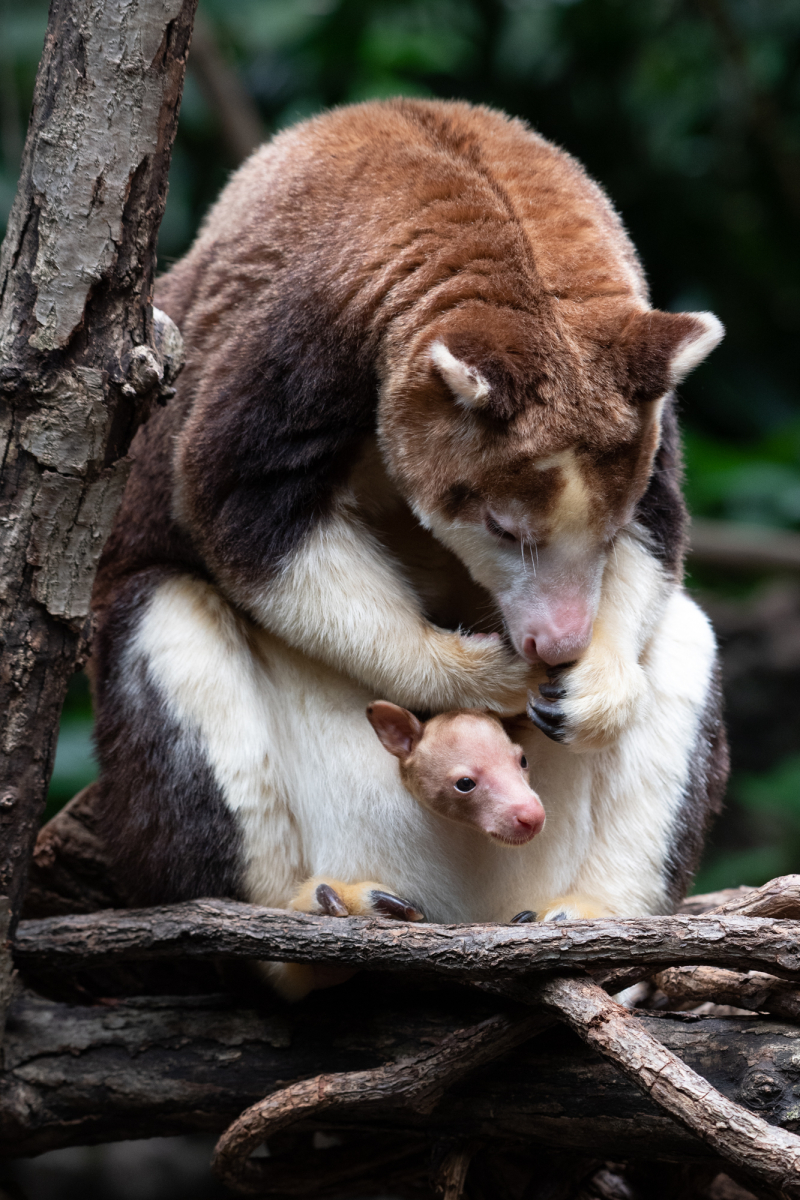 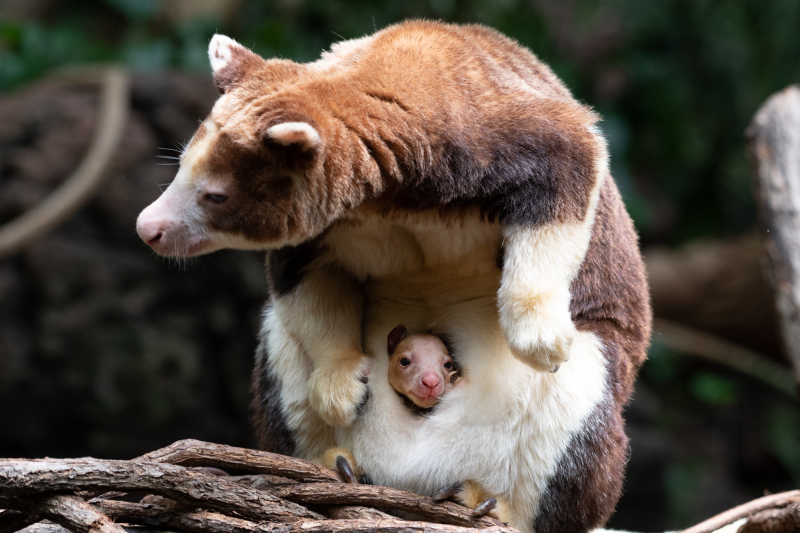 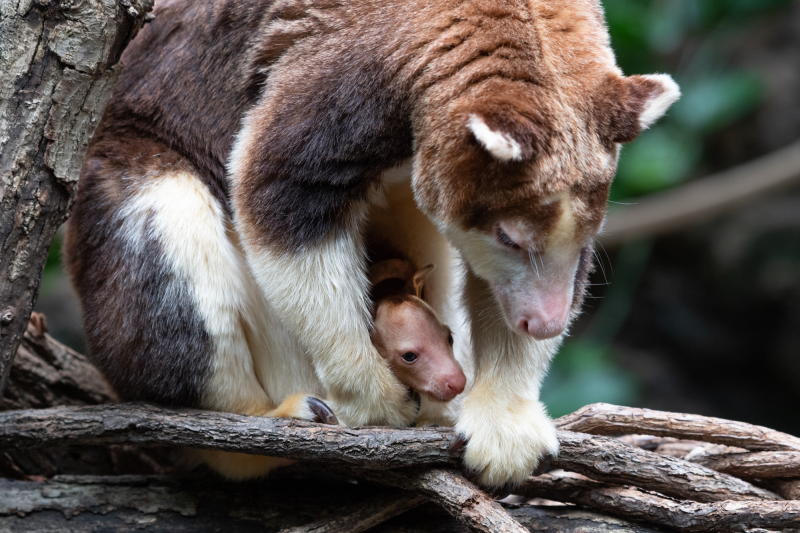 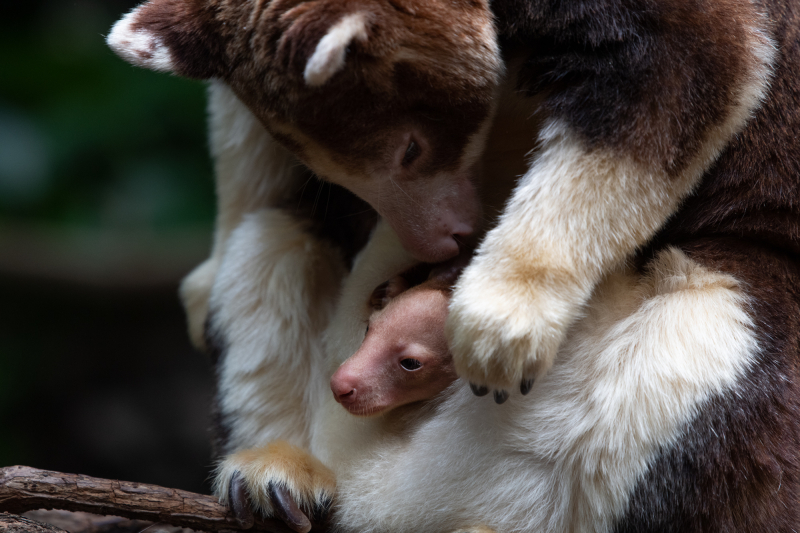 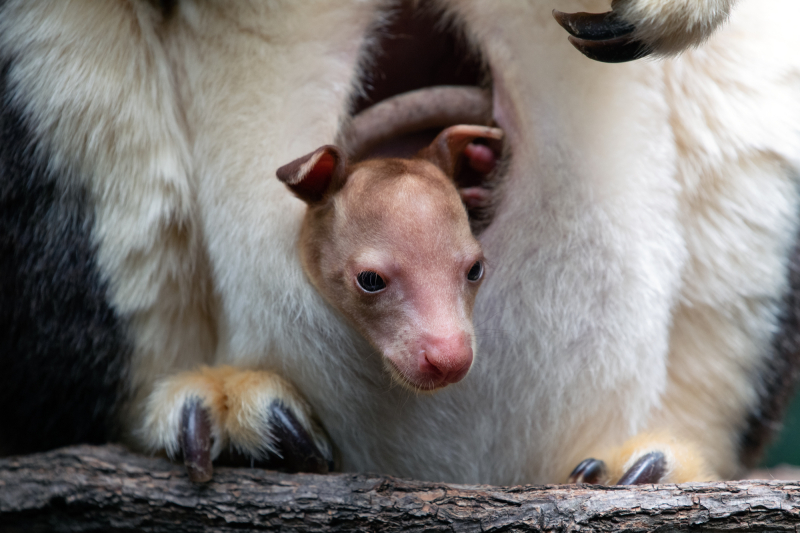 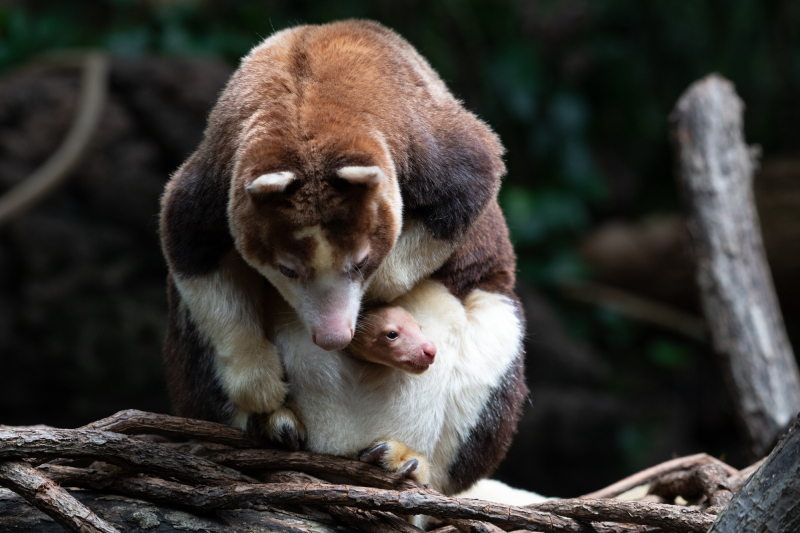 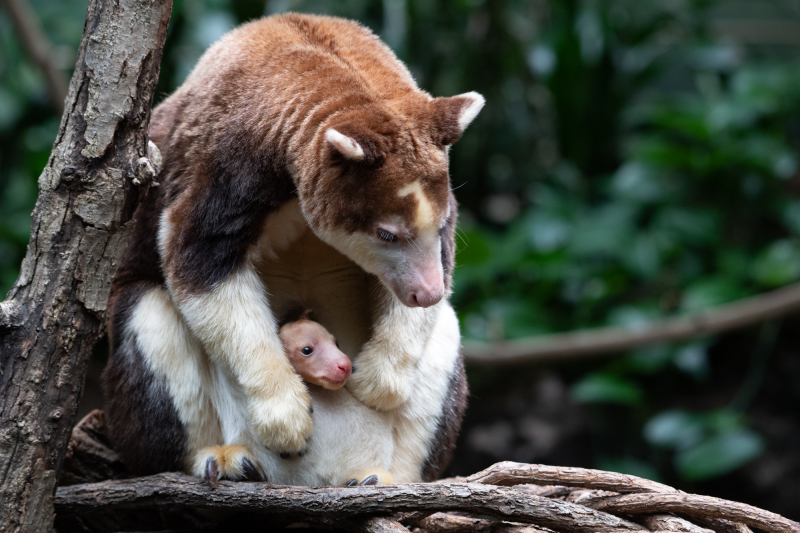 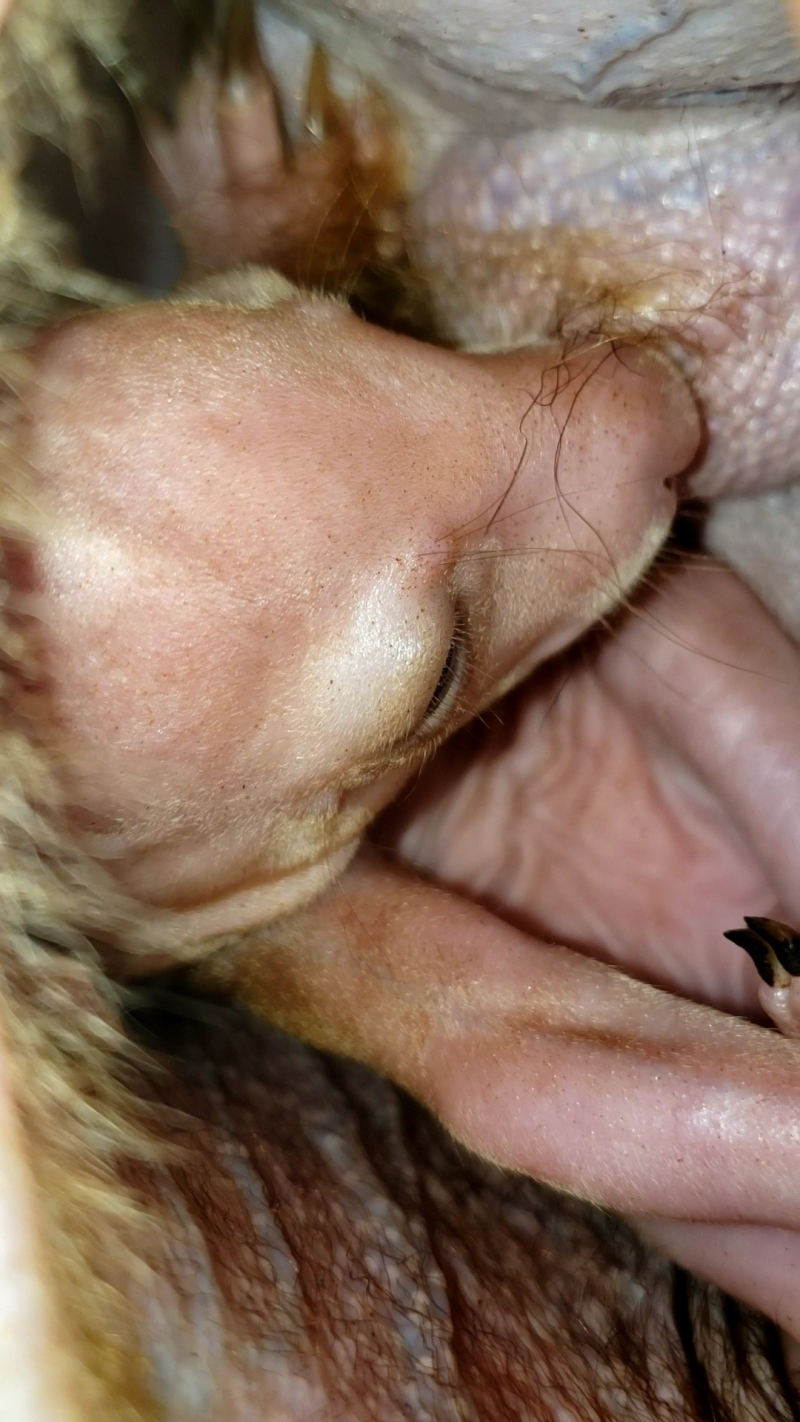 Tree kangaroos are marsupials. Like their kangaroo and wallaby cousins, the majority of the newborn’s physical development occurs in the mother’s pouch. Internal gestation is only about 6 weeks. At birth, the joey it is about the size of a human thumbnail and immediately crawls through the mother’s fur to enter her pouch. After about seven months, the joey emerges from the pouch, but frequently returns to nurse.

“This is an exciting birth for the Bronx Zoo and a unique opportunity for people to observe one of nature’s most intriguing evolutionary adaptations,” said Jim Breheny, WCS Executive Vice President and Bronx Zoo Director. “At this stage of development, the joey will spend a lot of time in his mom’s pouch with just its head sticking out.  As it matures it will begin to explore its environment and start spending short periods of time outside the pouch.”

The joey and its mother can be seen in the Bronx Zoo’s JungleWorld exhibit. Exhibit times may vary until the joey matures and adapts to its surroundings.

The birth is significant for the Bronx Zoo. It is the result of the zoo’s participation in a cooperative breeding program administered by the Association of Zoos and Aquariums. AZA accredited zoos and aquariums work together and exchange individual animals in order to maintain genetic diversity and demographic stability in zoo populations.

The International Union for Conservation of Nature (IUCN) classifies the Matschie's tree kangaroo as Endangered. It is estimated that fewer than 2500 remain in the wild. They are threatened by habitat destruction, unsustainable hunting practices, and other human activities.