Conservationists at Chester Zoo are celebrating the birth of a rare ‘miniature kangaroo'.

Zookeepers caught on camera the moment the new joey – a dusky pademelon – started to peek out from mum’s pouch for the very first time. 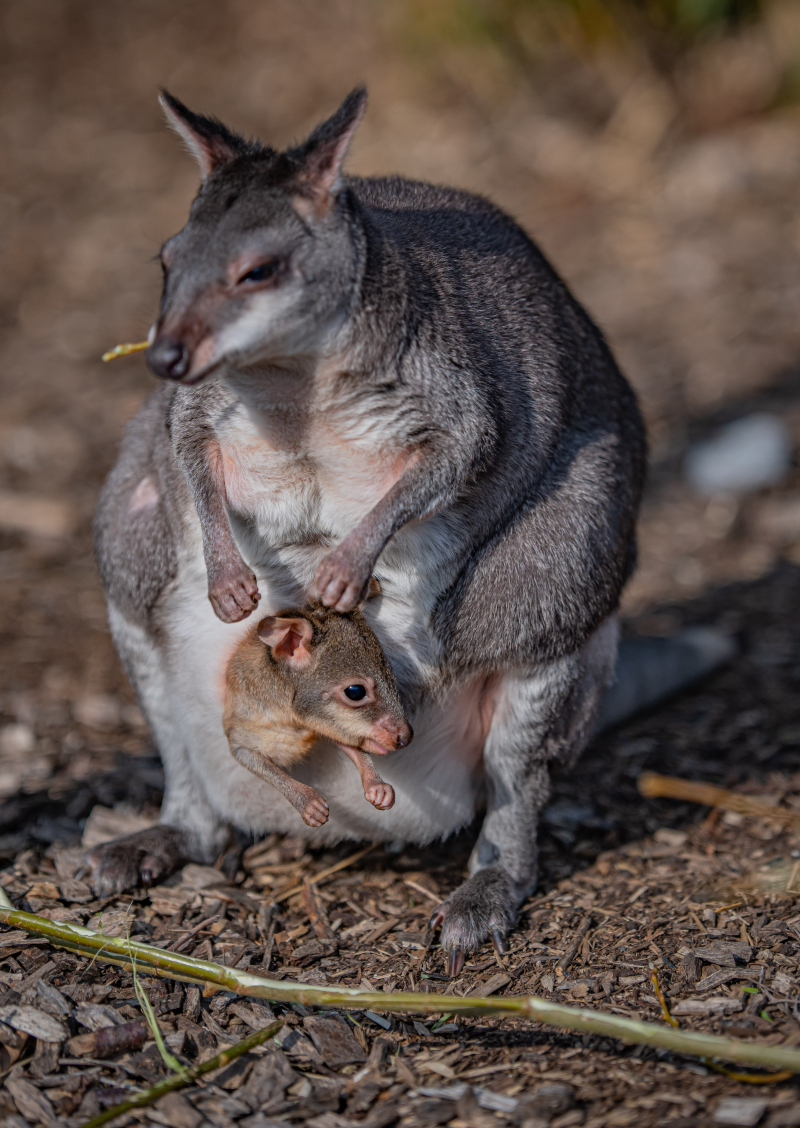 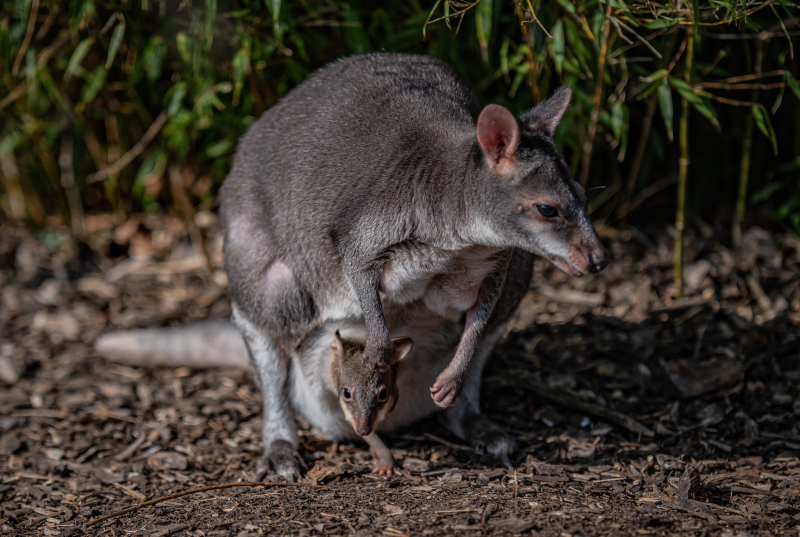 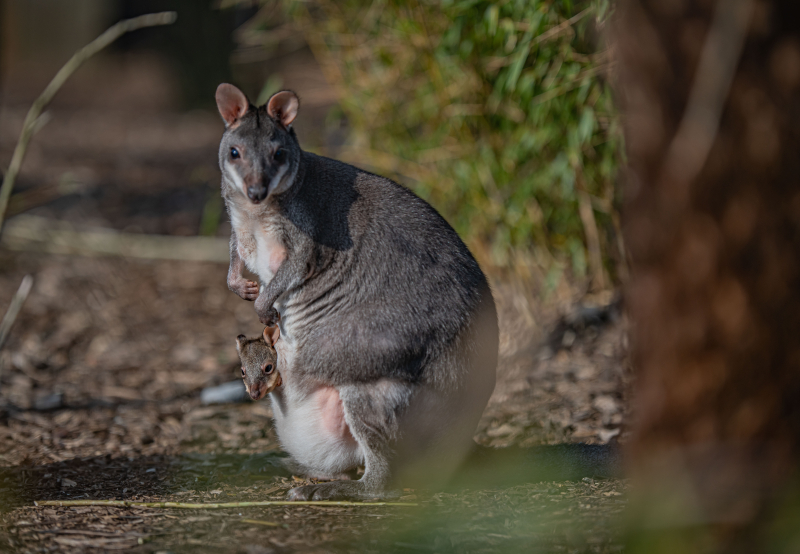 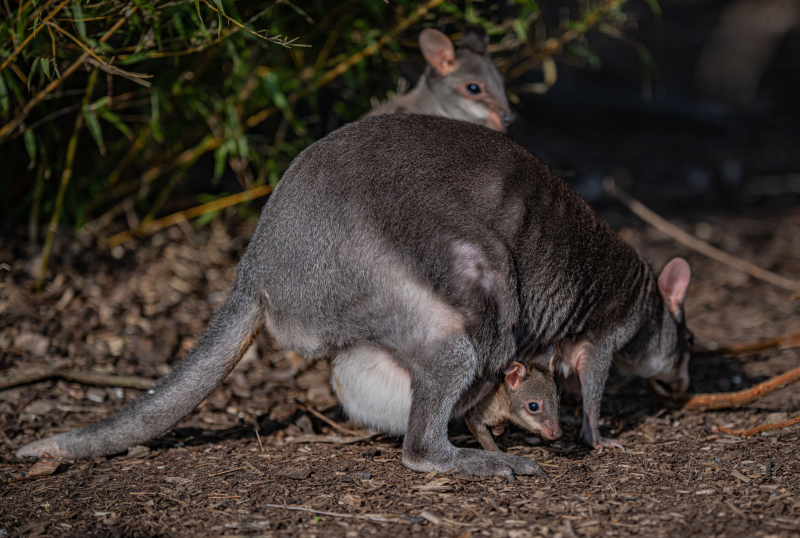 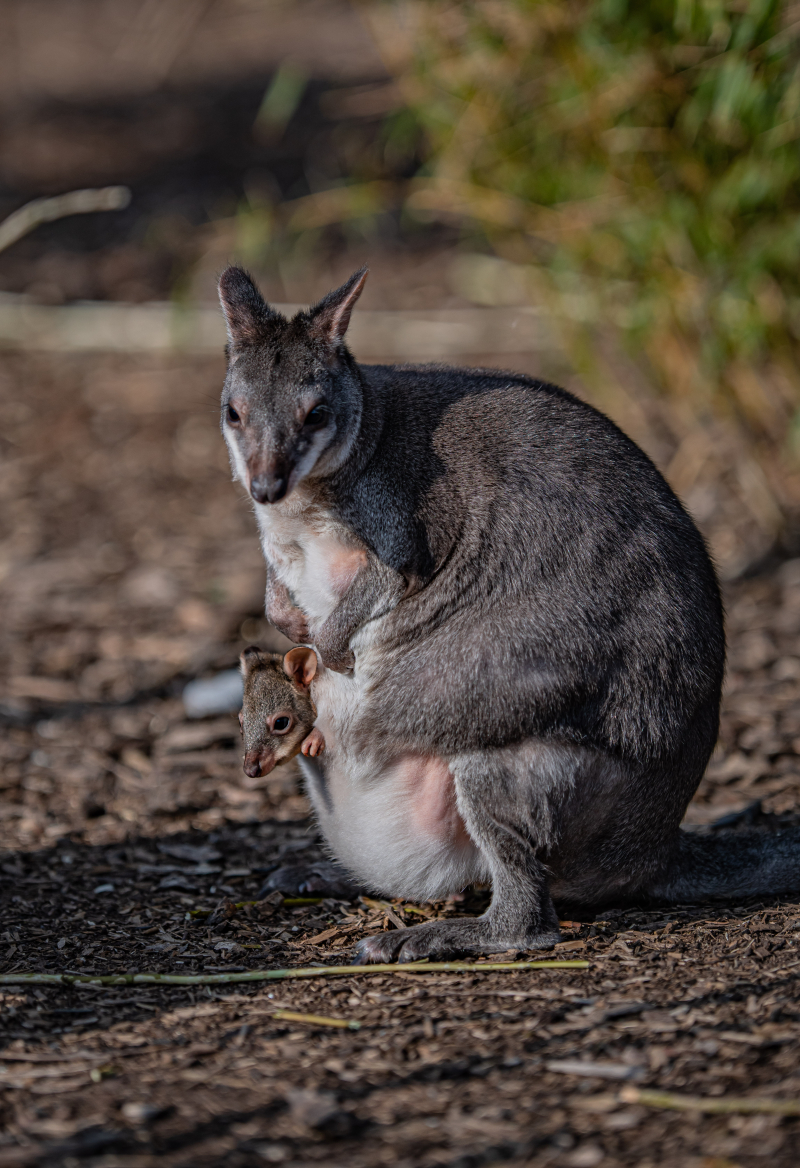 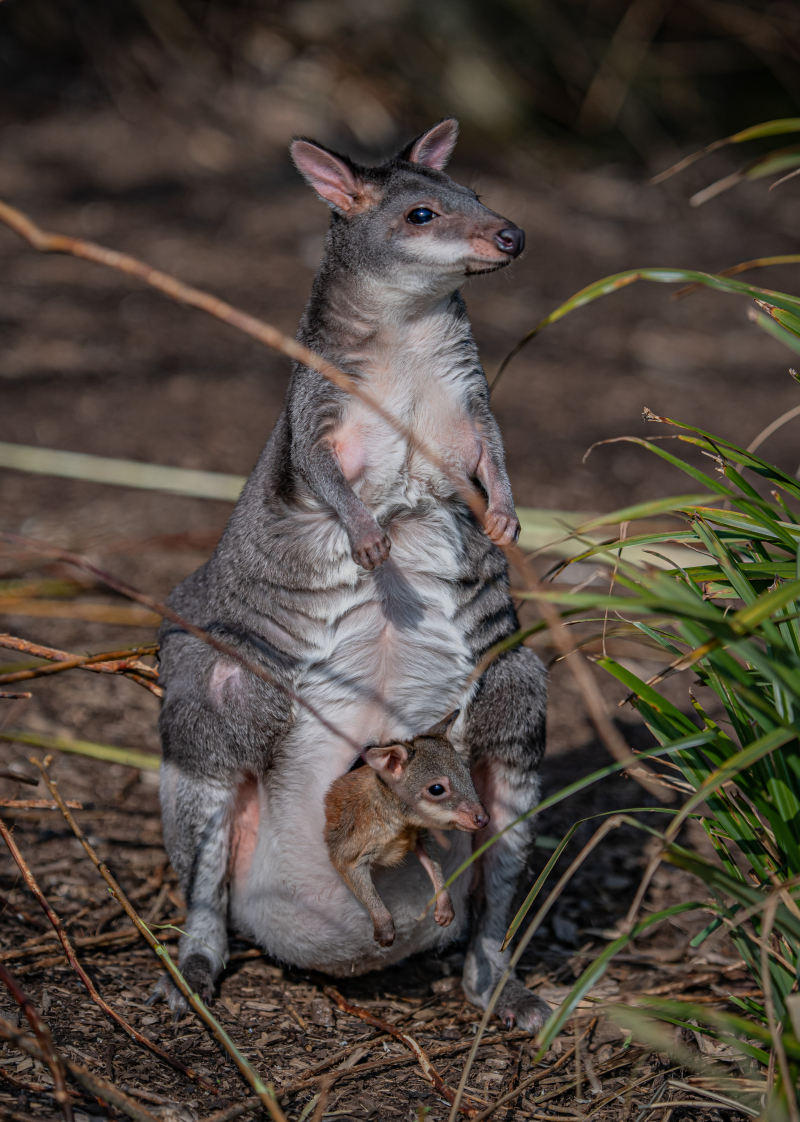 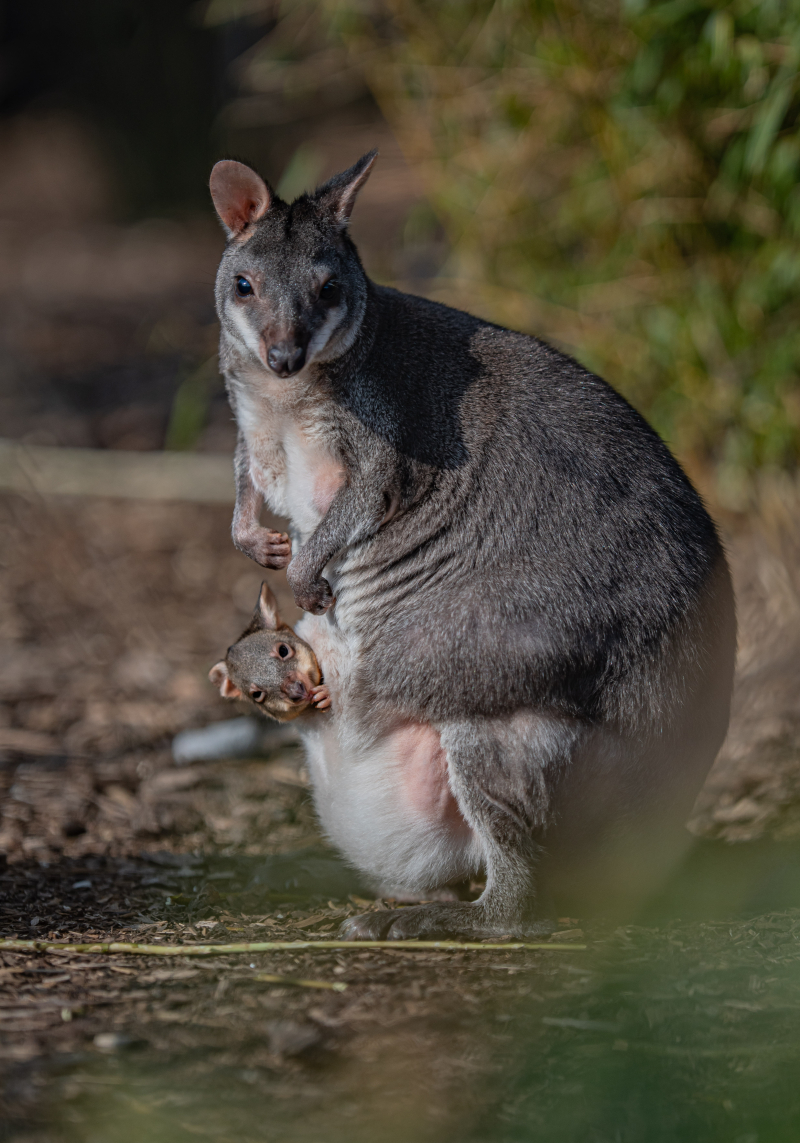 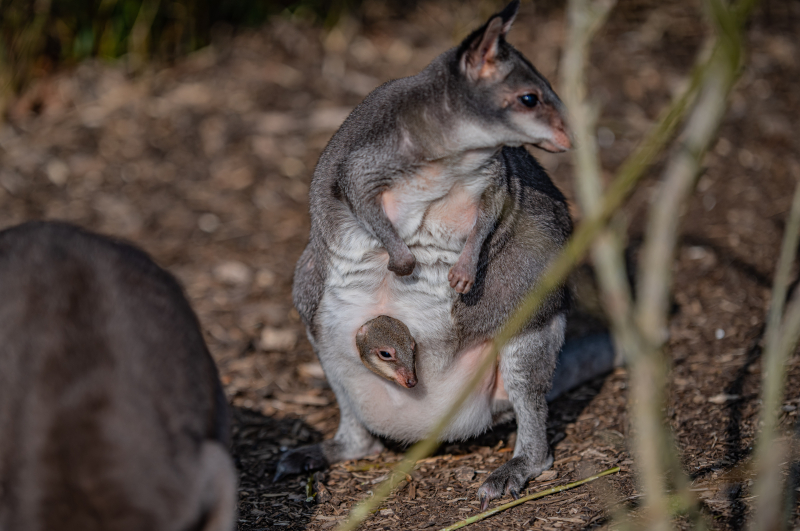 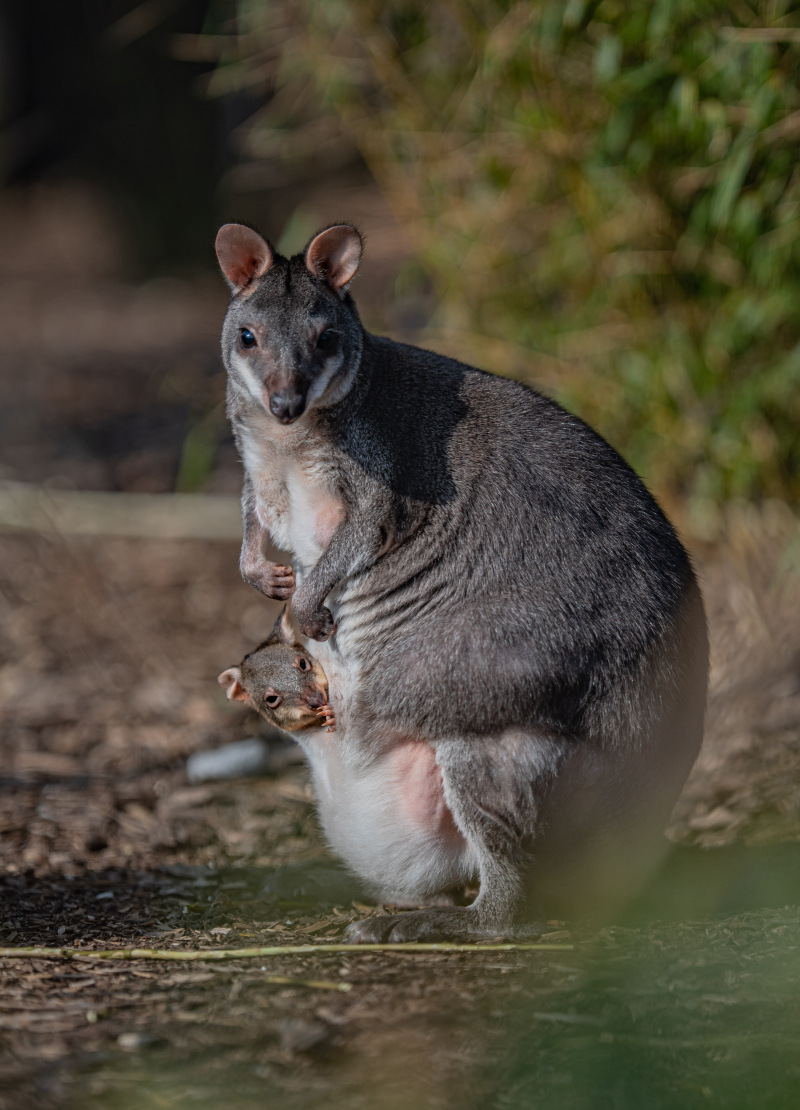 The dusky pademelon is a species with a close likeness to its distant kangaroo cousin in Australia. However, the species only grows to be around 2ft tall which has provided the small, hopping marsupial with its ‘miniature kangaroo’ nickname.

Dusky pademelon infants are born just 30 days after a successful mating. Beginning life the size of a ‘jelly bean’, they stay inside the mother’s pouch while they grow and develop until they emerge almost six months later.

Also referred to as dusky wallabies, they can only be found in the forests of New Guinea and some smaller nearby islands in Indonesia. Sadly, its population has declined by 30% in the last two decades as a result of trapping, hunting and deforestation to make way for rice farming and logging.

The International Union for the Conservation of Nature (IUCN) has officially listed the species as vulnerable to extinction and has recommended close monitoring of the remaining wild population to ensure its long-term survival on New Guinea.

“When a dusky pademelon joey is first born it’s only about the size of a jelly bean and so it stays in the safety of mum’s pouch, where it receives all of the nourishment it needs to grow and develop, for around six months.

“It was at the point that we noticed mum Styx was slowly gaining weight that we began to monitor her behaviour and feeding patterns extra closely, and we were hopeful that she was rearing a baby. Seeing the magical moment her new arrival took its first peek out of the pouch has brought us a huge amount of joy!

“It’ll be a few weeks until the new baby fully emerges and is hopping around and exploring all by itself – that’s when we’ll be able to determine if it’s male or female and give it a fitting name.

“The decline of dusky pademelons has mostly gone under the radar for quite some time as little is known about these Indonesian kangaroos. But with the new information we’re gathering and the scientific observations our teams are making about how they live and rear their young, we can help better inform future conservation action in the wild and bring some much needed attention to this highly threatened species.”

Chester is currently one of just four zoos in the UK zoo caring for the species and just 56 live in zoos across the whole of Europe.

The new joey can be found in the zoo’s Islands zone, which highlights the conservation charity’s ongoing efforts to prevent the extinction of highly threatened species from the South East Asia region.

The name ‘pademelon’ is a native Australian term for ‘small kangaroos of the forest’.

As a marsupial the mother carries her young, called joys, in their pouch until they are around six months old.

Pademelons are a nocturnal species, resting during the day and searching for food during the cover of darkness at night.

Dusky pademelons are foragers, feeding on the undergrowth of lowland forests and in clearings, eating grass, leaves, shoots and fruits.

There are more than 330 different marsupial species found around the world.

Conservationists at Chester Zoo are celebrating the birth of a rare ‘miniature kangaroo'.

Zookeepers caught on camera the moment the new joey – a dusky pademelon – started to peek out from mum’s pouch for the very first time.