A helping animal caretaker’s hand was needed when one of Denmark’s Odense Zoo’s Sitatungas stopped in the middle of labor. 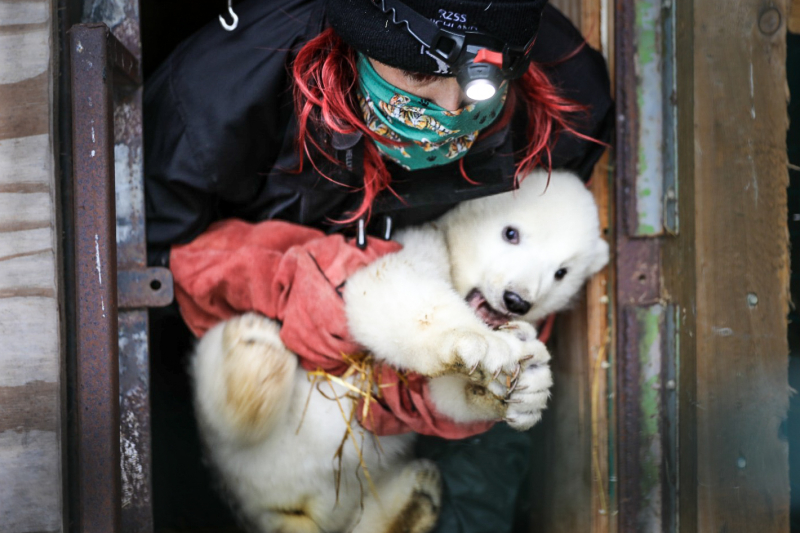 LOTS MORE PICTURE BELOW THE FOLD!

Baby Dusky Pademelon Peeks Out Of The Pouch

Tierpark Berlin's youngest offspring is still a little sleepy as it peeks out of the pouch. For a few weeks now, Fridolin and Finja's joey has been showing itself to visitors more and more frequently. When exactly it was born is not entirely clear. At birth, Pademelon are only about the size of a gummy bear and crawl right into their mother's pouch. It can take several months to half a year for them to emerge for the first time. 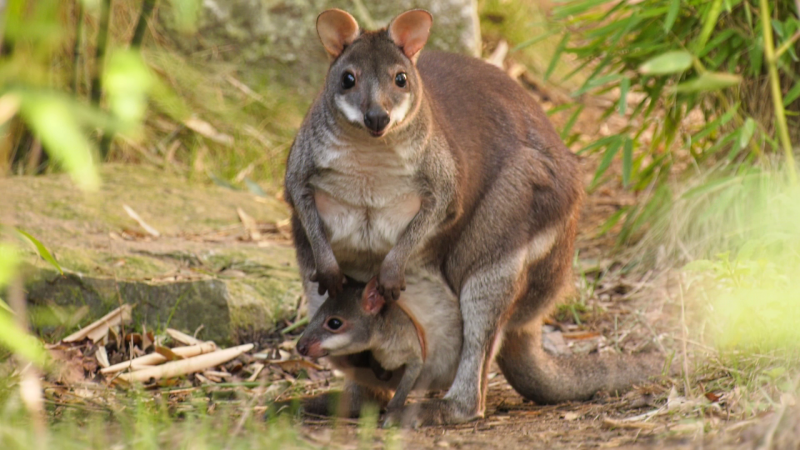 African crested porcupine, Cleo, gave birth to three porcupettes earlier this month at Palm Beach Zoo. The family unit will stay in their outfitted night house for the time being with daily "house call" health care checks by our veterinary team and zoologists. All three newborns are currently happy and healthy, but one of them is growing a bit slower than its siblings. In the wild world, having a “runt” of a litter is not uncommon. Unfortunately, a weaker newborn is much less likely to survive in nature. Here, the runt gets a second chance! Our animal care team is prepared for such situations and made the necessary decision to intervene. He/she is being hand-raised by animal experts with the hopes of being reintroduced to its family when the time is right. Until then, he/she is loving the extra attention from our volunteer porcu-sitters and zoologists. 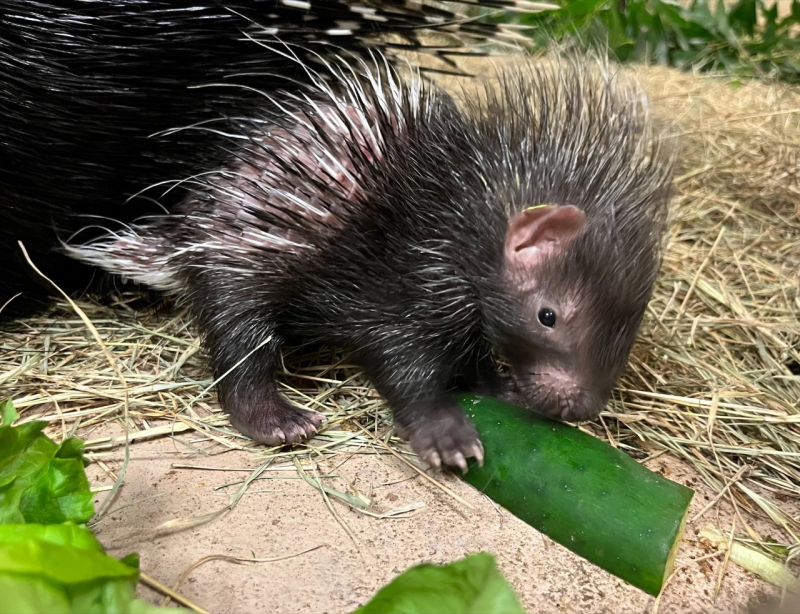 Look at Roux go! Every day, Roux's caretakers give him exercise opportunities to encourage him to build up his grip strength and stamina, which staff have nicknamed "Baby Bootcamp". 💪 🦧

"Baby Bootcamp" involves Roux's caretakers walking, bending, turning, and climbing while he clings on. Roux's caretakers also utilize orangutan climbing equipment including ropes and swings to encourage pull-ups, which is where Roux grips to his caretakers' fingers and is lifted up and down.

A rare okapi has given birth to an “incredibly special” calf at Chester Zoo. 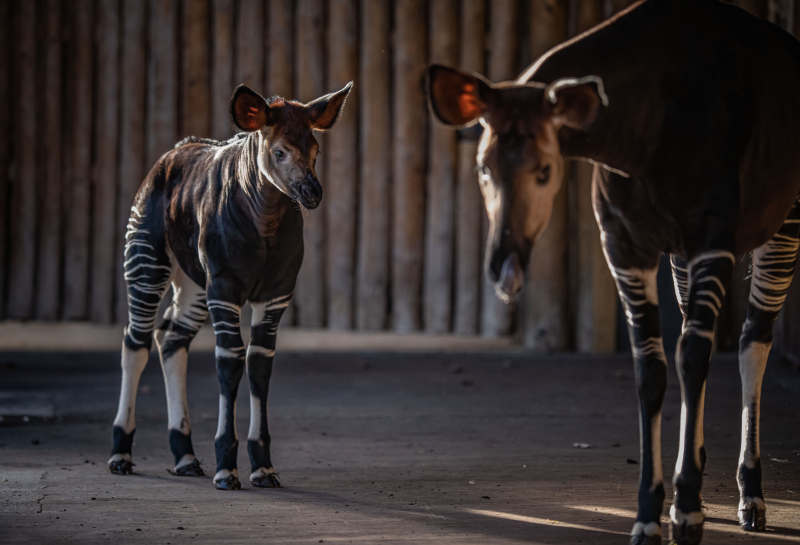 The wide-eyed infant, born to first-time mum Ada and dad Stomp, has remained snuggled up in her nest ever since her arrival into the world. But now, the shy youngster has started to take her very first tentative steps outside as she begins to gain in confidence.

On the 22nd day, of the second month, in 2022, two gosh darn cute baby elephants could be seen romping together at last! Presenting Eugenia and Sonny, the two Elephant calves born in January at Omaha’s Henry Doorly Zoo! Happy belated Twosday, ev’rybody!

Despite the pandemic, last year proved to be a productive one for Jurong Bird Park, Night Safari, River Wonders and Singapore Zoo. Singapore’s four wildlife parks collectively welcomed about 900 newborns across 160 species, almost doubling in number from the previous year. Of these births and hatchings, 44 species are listed as threatened under the International Union for the Conservation of Nature’s (IUCN) Red List of Threatened Species.

A baby camel was born this morning (February 22nd, 2022) in Germany’s Allwetterzoo. Mama Shaya and the calf are doing well. Both survived the birth without any problems. They will now rest in the stable for a few days and be able to sniff each other in a relaxed manner. In addition, Allwetterzoo animal care staff can observe undisturbed whether the new addition is drinking properly from the mother. Tomorrow the team of veterinarians will also stop by and maybe tell officials whether the little bactrian camel is healthy, especially whether it is a male or a female. Stay Tuned! 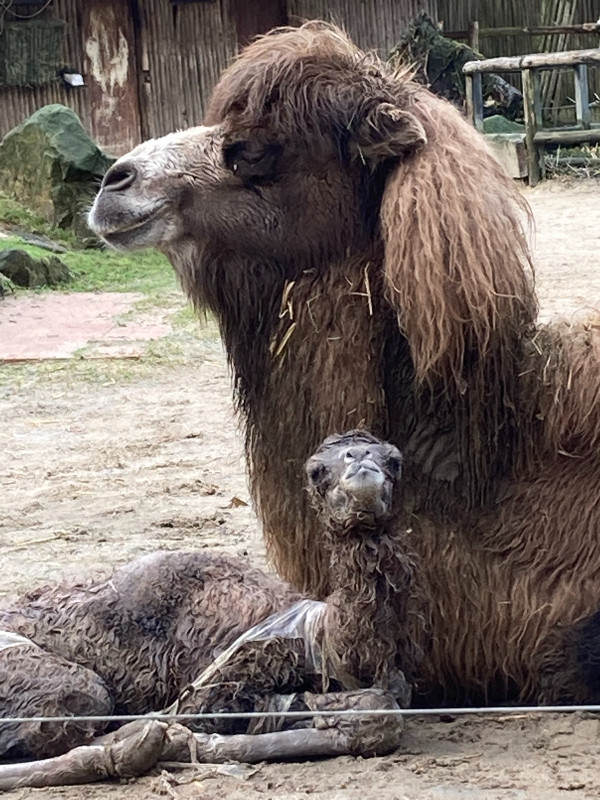 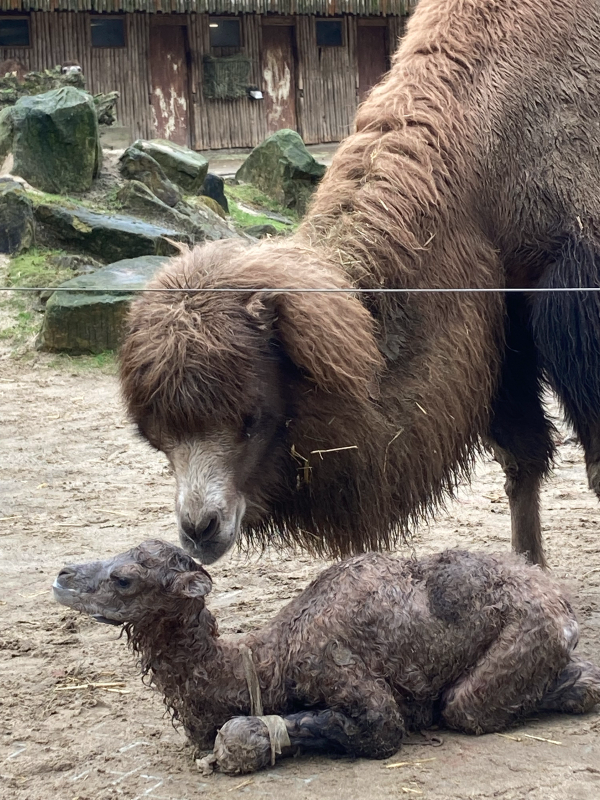 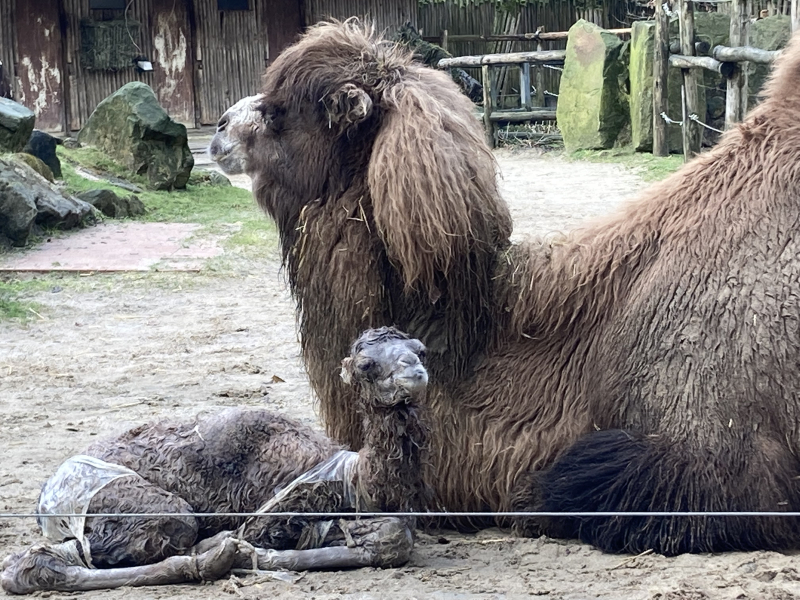