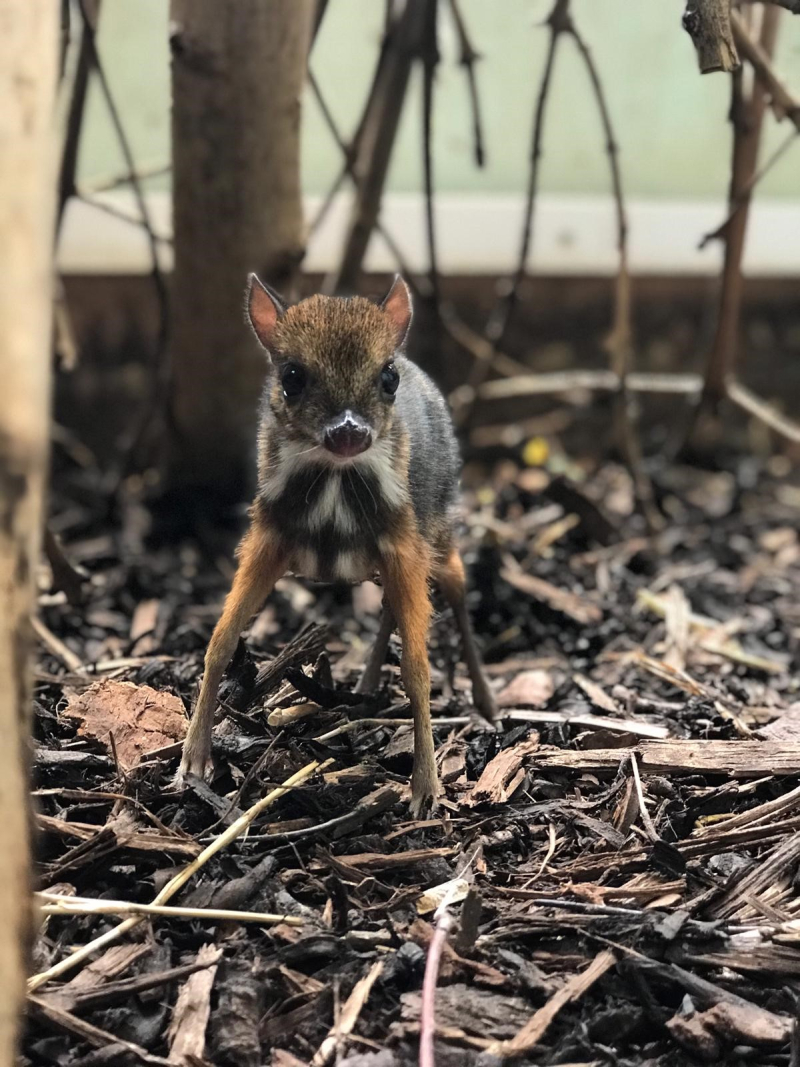 Despite its deceivingly long legs, the delicate lesser Malayan mouse deer stands at around 20cm (8 inches) tall to its shoulder - around the same height as a standard pencil.
The infant, whose gender is not yet known, was born to first-time mother Brienne, and father Jorah, almost a month ago inside their enclosure alongside the Zoo’s Livingstone’s fruit bats.
It is the second to be born at the Zoo in the past decade. In 2020, a female named Missandei was born and moved on to Ouwehands Zoo in the Netherlands to continue the breeding programme for the species.
Paige Bwye, senior mammal keeper at Bristol Zoo, said: “Brienne is being a fantastic first-time mother and has been very attentive to her infant. It will be a little while until we are able to determine the gender of the fawn as they’re so small and quite shy. It’s doing really well though, and has recently started to discover new tastes, such as sweet potato.
“They are absolutely fascinating to watch. They move around on their pencil-thin legs and munch on flowers and vegetables.”
The fawn’s mother, seven-year-old Brienne, joined Bristol Zoo Gardens in 2014 from Newquay Zoo to breed with Jorah, aged four. The fawn is Jorah’s second offspring.
When it is fully grown, the infant will weigh around 1.5kg (around 3lbs).
Mouse deer are distantly related to deer and feed on flowers and vegetable matter, roaming the forests in their native South East Asia.
Bristol Zoo Gardens and Wild Place Project are run by Bristol Zoological Society which is a conservation and education charity and relies on the generous support of the public not only to fund its important work at both zoos, but also its vital education and community outreach programme.
In March last year, the Society launched the BZS Appeal to ensure the future of its work ‘saving wildlife together’, following the temporary closure of both its sites in the face of the Covid-19 pandemic.
As school groups can now be welcomed back, donations from the appeal fund will support the Education Bursary Fund to ensure schools and youth groups in disadvantaged areas are able to benefit from visiting Bristol Zoo Gardens and Wild Place Project. To find out more, or to make a donation, visit www.bristolzoo.org.uk/bzsappeal.
For more information about Bristol Zoo Gardens, and to book tickets, visit www.bristolzoo.org.uk.
27.5-ounce antelope born at Florida’s Brevard Zoo
MELBOURNE, Fla., April 23, 2021 — A tiny antelope was born at Brevard Zoo on the evening of April 15 to four-year-old mother Deborah and six-year-old father Ajabu. 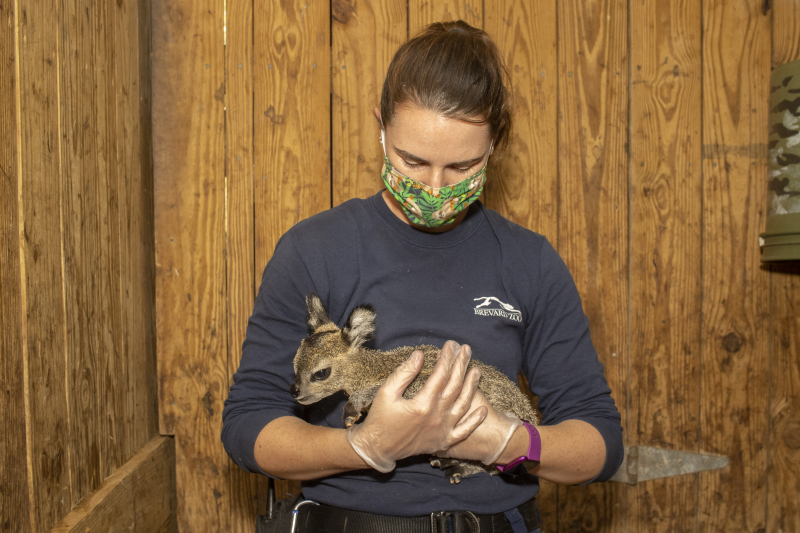 The klipspringer calf weighed just 27.5 ounces at birth and appears to be in good health. The youngster, who does not yet have a name, is nursing well and will spend several weeks bonding with Deborah in a behind-the-scenes area before making his debut. He is the ninth klipspringer to be born at the Zoo.
This species of antelope typically gives birth to one calf at a time, who will weigh between 18 and 40 pounds as a full-grown adult. Klipspringer live in rocky areas of sub-Saharan Africa, where they are known for their surefootedness. The species does not face any major threats but is sometimes hunted by humans for its meat and hide.
Become a ZooBorns Patreon for Photo Outtakes and other great benefits!

Klipspringer Calf vs. Mousedeer Fawn: There Can Only Be One (Smallest!)
A 27.5-ounce antelope and a deer the height of a pencil have been born at Brevard and Bristol Zoos, respectively.