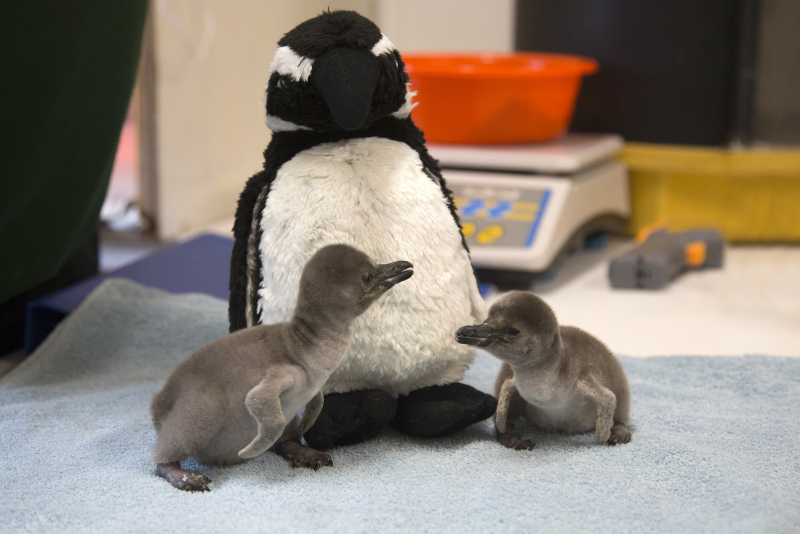 The first of two Penguin chicks timed its arrival perfectly, at ZSL London Zoo, by hatching on Easter Monday (April 17).

Followed two days later by its feathery sibling, both Humboldt Penguin chicks are now being hand-reared by keepers in the Zoo’s custom-built incubation room, after their parents were unable to care for them.

Covered in soft grey feathers, the tiny birds are weighed every morning and hand-fed three times a day by their keepers, and can be seen by visitors cozying up to a cuddly toy Penguin under the warming glow of a heat lamp.

ZSL’s Head of Birds, Adrian Walls, said, “While everyone was tucking into chocolate eggs over Easter, the first Penguin chick of the year was hatching at ZSL London Zoo. It was great timing!”

Keepers at ZSL London Zoo are taking turns looking after the youngsters, who aren’t shy about letting them know when they’re “peck-ish”.

“The chicks’ bodyweight increases by around 20 per cent every day, so they grow extremely quickly and are always eager for their next meal,” said Adrian. “They make sure we know it’s feeding time…they may be only weeks old but they’ve definitely perfected their squawks already.”

The feisty fish-lovers are being fed a special diet of blended fish, vitamins and minerals, referred to by ZSL London Zoo’s bird keepers as ‘penguin milkshake’. But as they grow bigger, they’ll also be given small portions of fresh fish to support their development.

The chicks are expected to stay in the incubation room until they reach 10-weeks-old, by which time they should have grown from around 70g at hatch to 3kg in weight.

They’ll then move into the Zoo’s specially-designed ‘penguin nursery’, which includes a shallow pool for their swimming lessons, before eventually being introduced to the other 70 Humboldt Penguins in the colony. 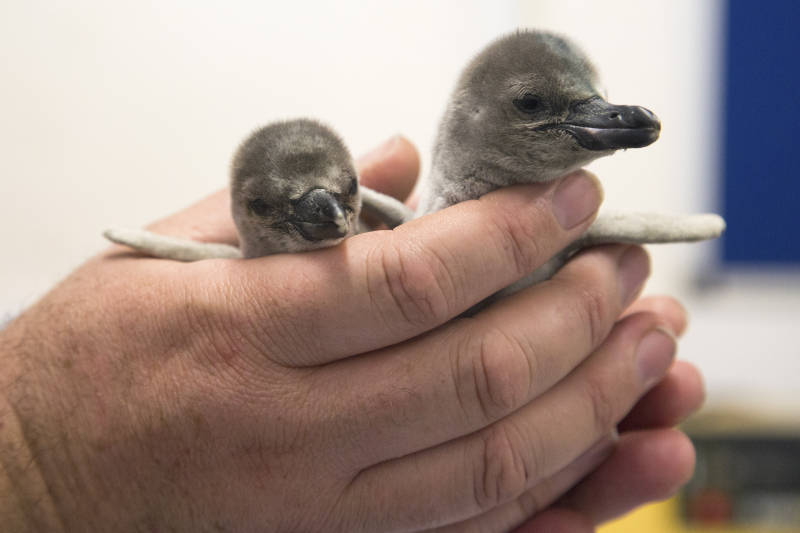 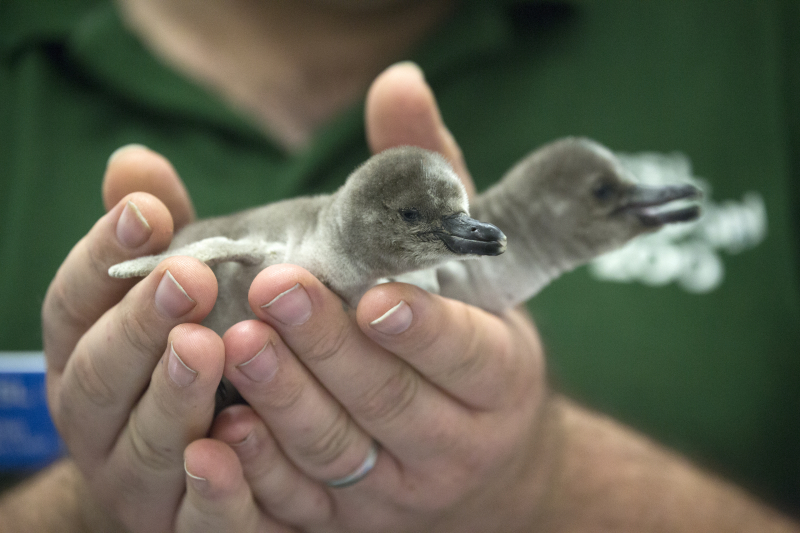 The Humboldt Penguin (Spheniscus humboldti), also known as the Chilean Penguin, Peruvian Penguin, or Patranca, is a South American species that breeds in coastal Chile and Peru. Its nearest relatives are the African Penguin, the Magellanic Penguin and the Galápagos Penguin. The Penguin is named after the cold water current it swims in, which is named after Alexander von Humboldt, an explorer.