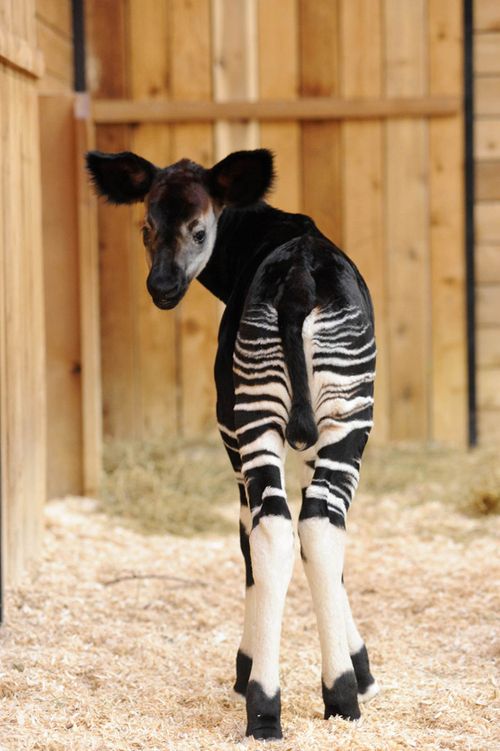 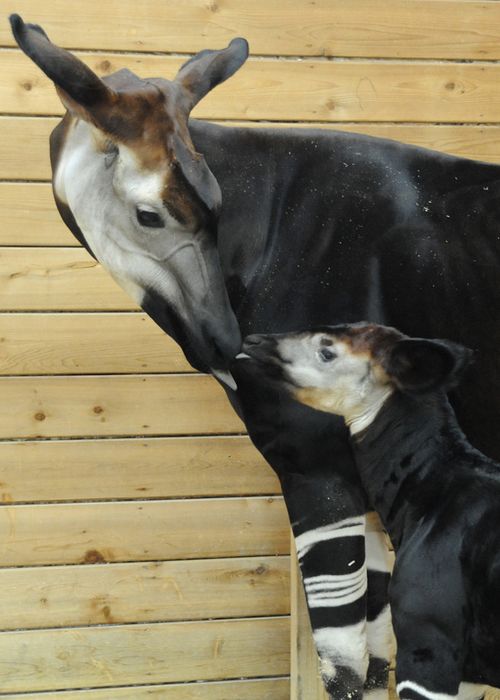 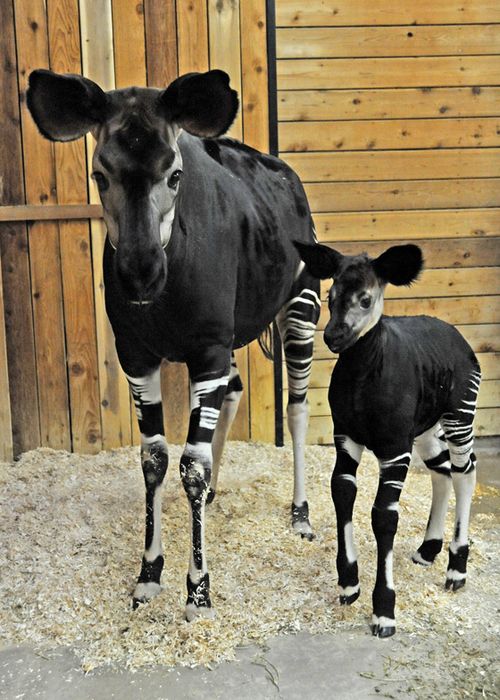 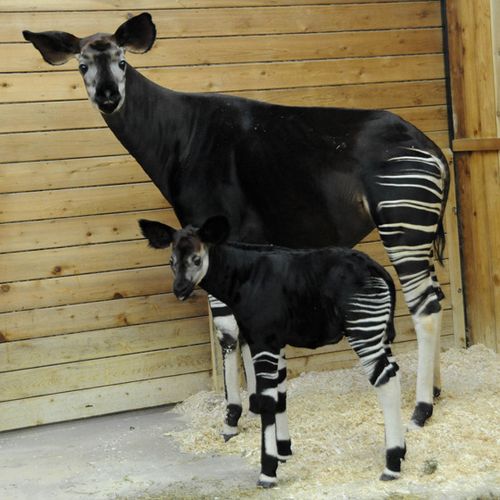 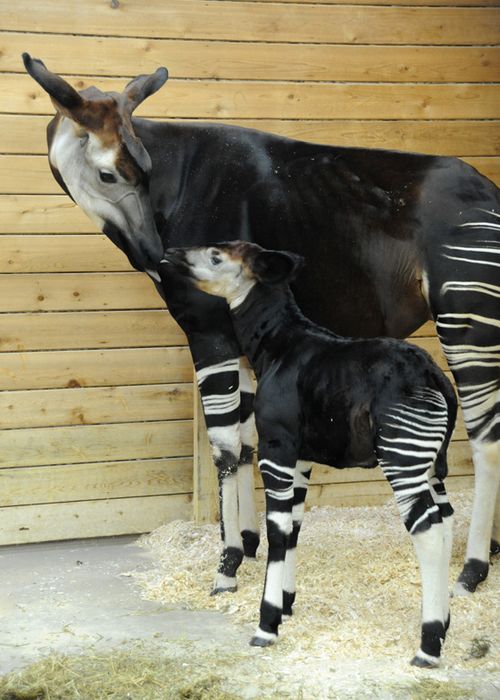 Brookfield, IL—The Chicago Zoological Society, which manages Brookfield Zoo, is pleased to announce that an okapi (pronounced oh-KAH-pi) was born on April 27. The unnamed female calf and her mom Semliki, 8, are doing well. Currently, the calf spends the majority of her time off exhibit, but zoo guests may be lucky and catch glimpses of her with Semliki in their outdoor yard at Habitat Africa! The Forest. Since her birth, the calf has spent the majority of her time in a quiet nesting area located off exhibit. When she is about 3 months old, guests will be able to see her spending more time outdoors.

Also known as “forest giraffes,” okapi are a rare hoofed mammal native to the dense Ituri Forest in the northeast corner of the Democratic Republic of the Congo (DRC). The species was not discovered by American and European scientists until the early 1900s. Because of okapi’s elusiveness, little has been known about their behavior in the wild, including how they raise their calves. To learn more about the species, staff from zoological institutions, including Brookfield Zoo, have been documenting the behaviors and needs of okapi to share with one another.

In 1959, Brookfield Zoo was the first institution in North America to have an okapi birth. Since then, there have been 30 okapi, including the most recent calf, born at the zoo. In addition to funding okapi research in the wild, the Society has become a leader in okapi breeding, with staff writing the husbandry manual, which guides the care of okapi in zoos. The zoo is also a participant in the Association of Zoos and Aquariums’ Okapi Species Survival Plan (SSP). An SSP is a cooperative population management and conservation program for select species in zoos and aquariums in North America. Each SSP manages the breeding of a species in order to maintain a healthy and self-sustaining population that is both genetically diverse and demographically stable. This is Semliki’s third calf and the first for Kajeki, the 7-year-old sire, who is on a breeding loan from Dallas Zoo. There are 83 okapi exhibited in 23 North American institutions. Currently, Brookfield Zoo has four okapi and is scheduled to get two males later this year.

Since the calf’s birth, zookeepers have been monitoring her to record all her developmental “firsts,” such as the first time she stood, nursed, and played. This information is critical to ensure that the calf is developing and growing well and contributes to new information about these elusive animals.

One observation that has been documented over the years is the fact that newborns nest much like newly hatched birds. Zookeepers knew to provide the calf with plenty of soft bedding materials and hay to rest on. There, she sits quietly, sometimes for hours, waiting for her mother to return so she can feed. This is normal behavior. In the wild, moms retreat from their calves to protect them from predators. Okapi’s native forest is teeming with life, and calves are highly vulnerable to predation.

Okapi have a short, velvety coat that is dark reddish-brown to almost black. They have creamy white stripes on their hind end and front upper legs and white “ankle stockings” on their lower legs. The stripes help okapi blend into the shadows of the forest and make them very difficult to see, even when they are only a few feet away. Scientists speculate that okapi’s contrasting stripes are important for calf imprinting and act as a signal for a newborn to follow close behind its mother. Their closest living relatives are giraffes.

Because the species is so secretive in the wild, its exact numbers are not known. However, human encroachment is destroying okapi’s natural habitat. Okapi are also the targets of poachers, who hunt them illegally for their valuable skin and meat. To help save the species, okapi have been under the protection of the central African government since 1933, but they are difficult to protect in the more remote areas of the rain forest. In the early 1990s, a portion of the DRC was declared a protected area for okapi. In addition, an education program in the DRC has helped native people understand why okapi and their forest home are worth protecting and conserving. The goal of the education program is to show that the wise use of forest resources today will benefit everyone for many years, while the short-term goal of using its resources quickly benefits only a few.

The mission of the Chicago Zoological Society is to inspire conservation leadership by connecting people with wildlife and nature. Open every day of the year, the zoo is located off First Avenue between the Stevenson (I-55) and Eisenhower (I-290) expressways and is also accessible via the Tri-State Tollway (I-294), Metra commuter line, CTA, and PACE bus service.