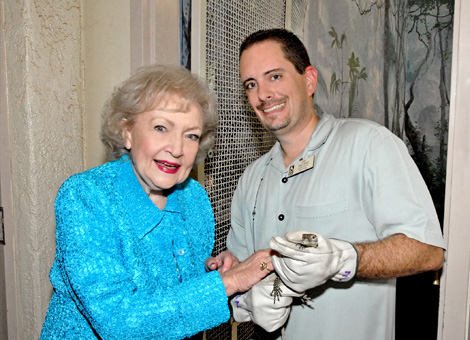 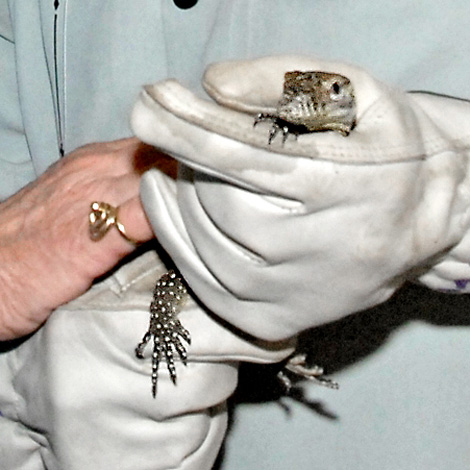 “These hatchlings are a landmark event for the L.A. Zoo,” said Curator of Reptiles and Amphibians Ian Recchio.  “We’re excited to be able to display these young dragons and think Angelenos are equally excited to come and see them.”

On January 22, 2010, Lima, the Zoo’s female Komodo dragon, laid 23 eggs.  Twenty-two of the 23 eggs hatched.  Less than 10 zoos in North America have been able to breed Komodos; this marks the L.A. Zoo’s first success at breeding them.  These Komodo hatchlings will go on to play an important role in the conservation of the species.

Hatchlings are 14 to 20 inches long and weigh about three to four ounces.  Komodos, the world’s largest lizard, can grow to approximately nine feet, weighing up to 200 pounds or more.  Because Komodos are cannibalistic, readily eating the young and eggs of their own species, hatchlings are on their own from the start.  In the wild, just after hatching the young scurry up nearby trees to avoid being eaten by the adults.  They remain in the trees, feeding on insects and small lizards, until they are too heavy to forage successfully up above.

Native to only a few islands in Indonesia, this dragon has the smallest range of any of the world’s large carnivores.  The Komodo dragon is the major predator found on the islands and uses its excellent sense of smell to find prey.  An opportunistic scavenger and predator, Komodos feed on snakes, lizards, eggs, carrion, and large mammals such as deer, wild pigs, horses and water buffalo.

Contrary to popular belief, Komodos don’t produce toxic saliva.  Their saliva picks up pathogenic bacteria (most commonly E. coli.) through their scavenging habits and re-infestation from carrion.  They are rarely affected by these pathogens themselves because chemicals and proteins in their blood act as natural antibiotics.  Komodos in zoos are fed cleaner food, which virtually eliminates these infectious pathogens.