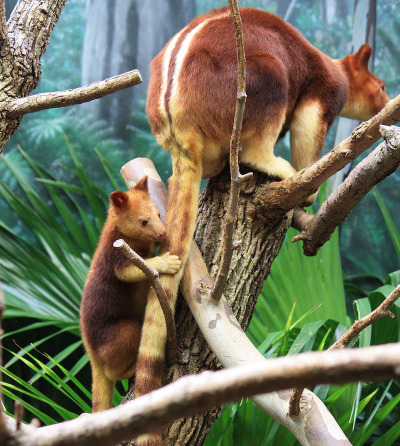 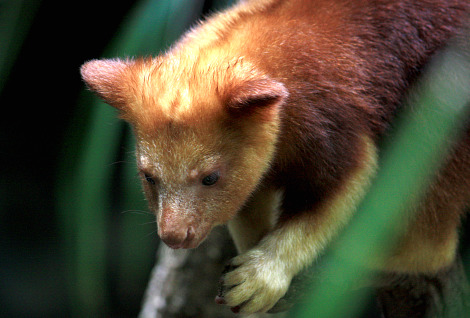 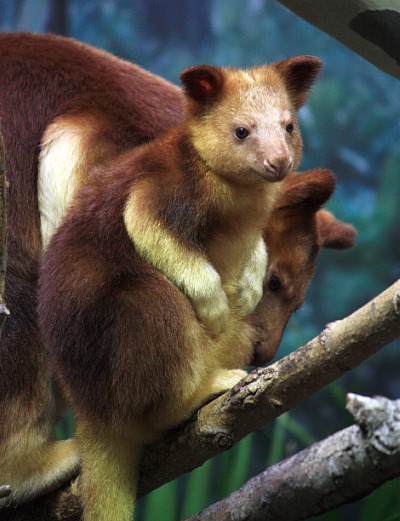 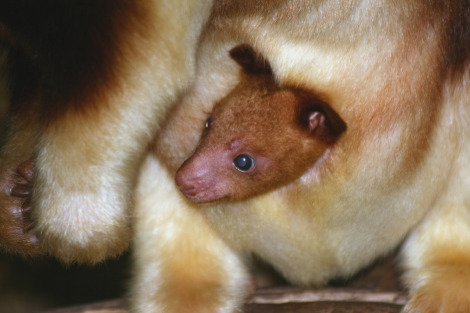 Goodfellow's Tree Kangaroo Out of the Pouch at Cleveland Metroparks Zoo

An endangered Goodfellow's tree kangaroo (Dendroloagus goodfellowi) has emerged from her mother's pouch for the first time at Cleveland Metroparks Zoo.  This is a rare sight as there are currently only eight such animals on exhibit in U.S. zoos.

The yet unnamed female is only the second Goodfellow's tree kangaroo joey ever born at the Zoo to parents Randolph and Scarlet.  The first, also a female, was born in June 2002 and now lives at the Melbourne Zoo in Australia.

Only two other zoos in the United States exhibit Goodfellow's tree kangaroos - the San Diego Zoo and the San Antonio Zoo.  Only 13 zoos internationally do so, including some in Australia, France, Japan, Germany, the Netherlands and New Guinea.

As the name suggests, Goodfellow's tree kangaroos are tree-dwellers from the mountainous rainforests of Papua New Guinea.  They can climb 15 to 20 feet up tree trunks and leap more than 30 feet through the air from branch to branch.

With reddish-brown fur and golden streaks, tree kangaroos are nocturnal omnivores, eating mostly leaves and fruit.  The species is endangered in the wild due to being hunted for food and habit destruction.

Zoo visitors can see the joey venturing out of the pouch, but always staying close to Mom, at Gumleaf Hideout in Australian Adventure. 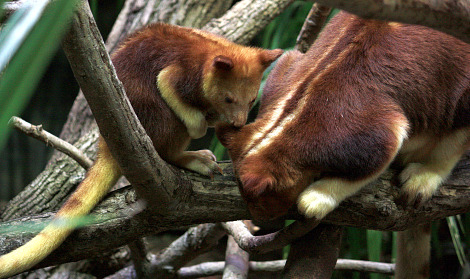