Who's the Baby Gorilla Daddy?

The Budapest Zoo & Botanical Garden kicked off this new year with the birth of a baby Gorilla. While it is not uncommon for zoo staff to be unsure of who the father of a baby gorilla is, in this case two males are behaving as if they are the father, which is strange. To sort things out, zoo staff administered a paternity test to determine who the baby's daddy actually is, although we're guessing the gorillas aren't too interested in the results. 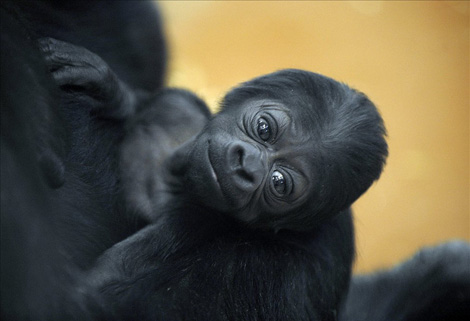 The infant was born on Tuesday morning, January 5th, and is the institution's first gorilla born in 10 years. The baby and mother are doing well, but for now, are off limits to the public. 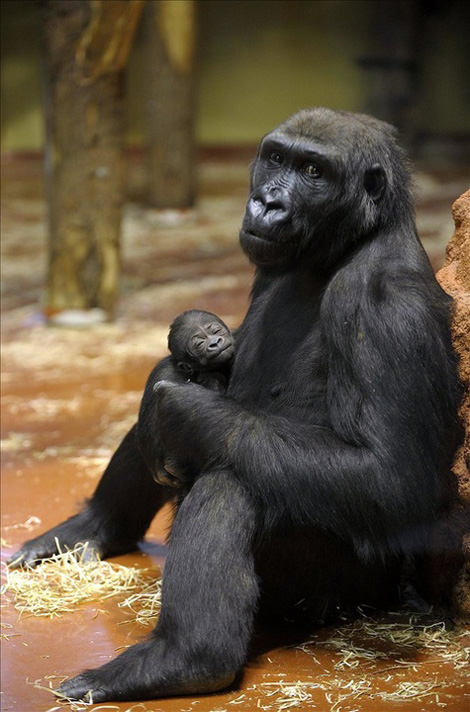 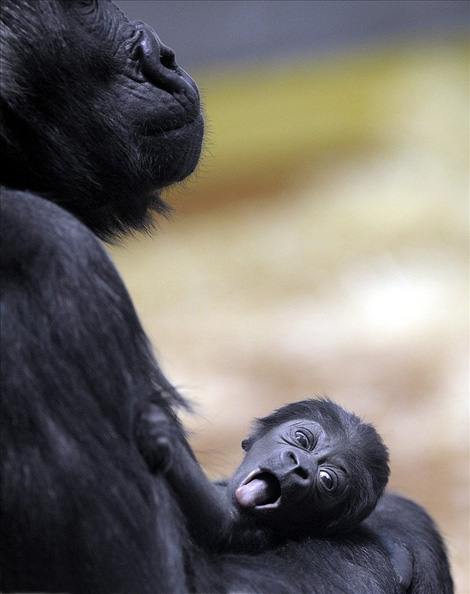 Zoo Basel was the scene of high drama in late December when Spider Monkey mom, Quilimari, suffered complications during child birth. Too weak to care for her newborn, she was taken into the zoo veterinarians' care but the prospects for her tiny baby were tenuous, as baby monkeys without natural mothers have high mortality rates. 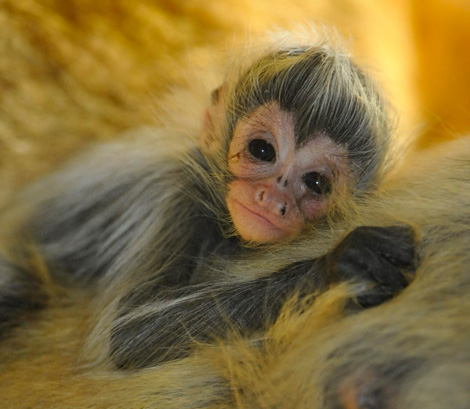 Luckily for all, the baby's young-adult older sister, Dicha, immediately jumped in, scooping up the baby and, surprisingly, nursing it like her own. How Dicha was able to nurse a baby immediately upon birth, while not pregnant or a recent mother herself, is a mystery. 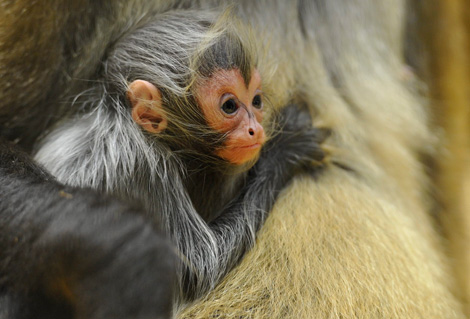 When the mother was returned a few days later, the daughter dutifully returned her little brother to her mother's care. Now a month later, all is well. - Heroic older sis looking concerned below - 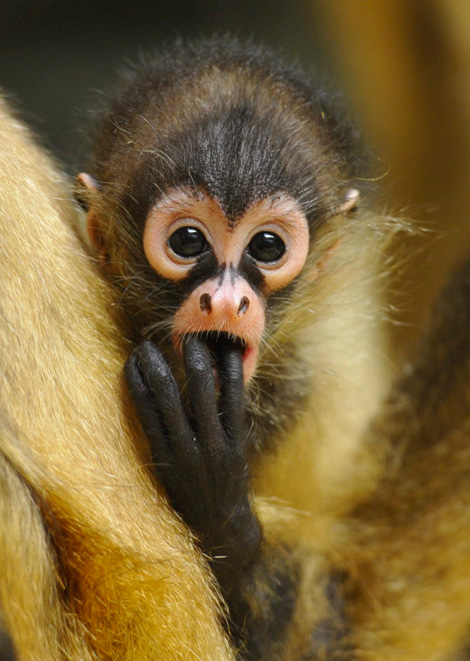 Maxing Out on Penguin Chicks

The Newport Aquarium in Kentucky has had their most successful penguin breeding season to date with the hatching of three Gentoo Penguin chicks. This species creates piles of rocks for nests, which are then jealously guarded during the breeding season. Watch a fuzzy chick getting weighed-in below.

Endangered in their native Kenya and Ethiopia, the Grevy's Zebra is the world's largest equine species (i.e. largest horse-like critter). In addition to their breeding efforts, like this little foal born November 27th, the Denver Zoo works with communities in Kenya to educate people on steps they can take to help protect this endangered species. The zoo even offers undergraduate scholarships in Kenya for the next generation of local wildlife leaders. 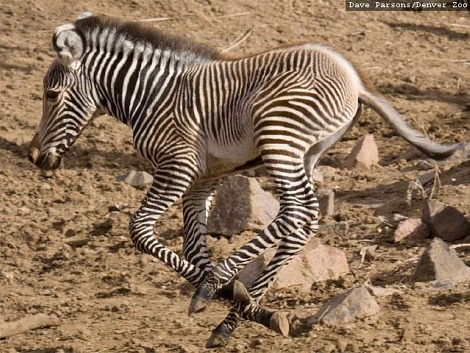 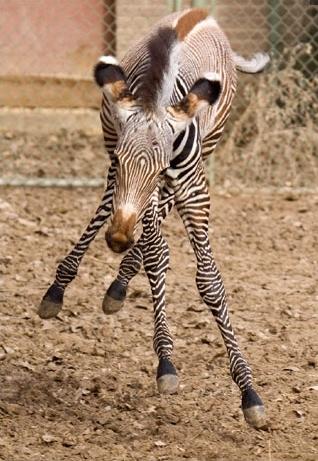 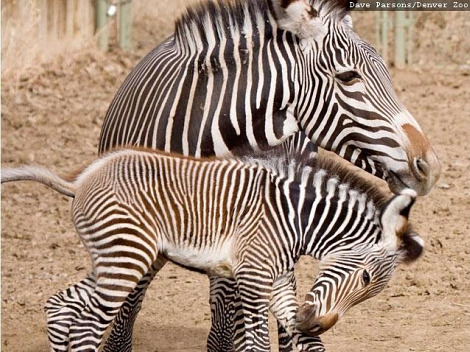 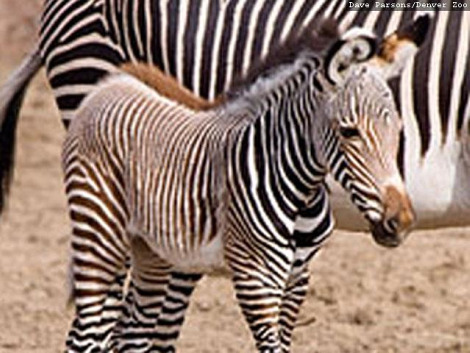 Yesterday the Chilean National Zoo in Santiago debuted five rare white tiger cubs. White cubs often create media sensations but frequently the news reports get the facts wrong. Many articles about these cubs suggest white tigers are a distinct subspecies or that they are albinos as in this coverage from Fox News. Neither of these are the case. In fact, white tigers are either Bengal tigers or Bengal-Siberian tiger mixes that have two recessive genes for pale coloration. While orange tigers with recessive genes do occasionally breed in the wild creating a white tiger, it is much more common for them to be bred for this characteristic. 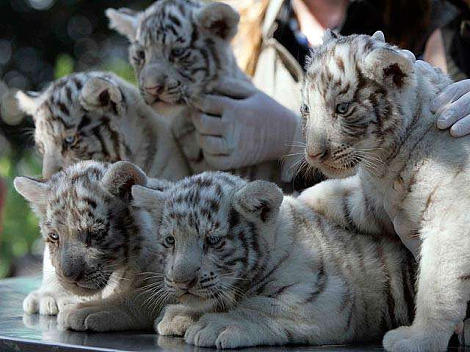 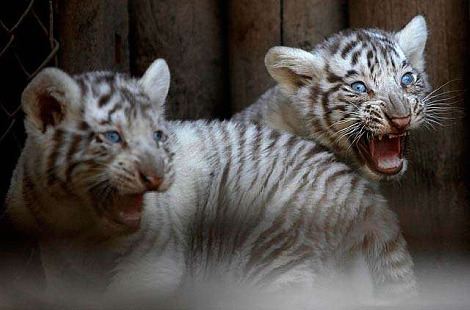 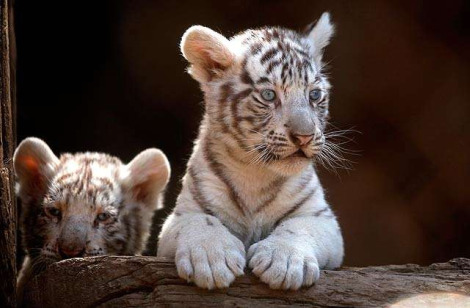 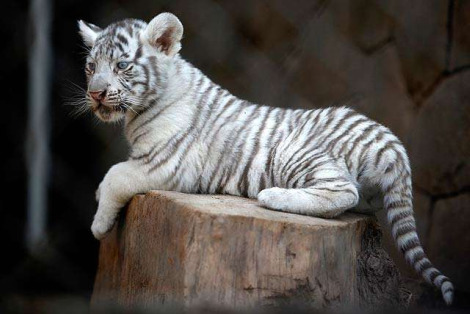 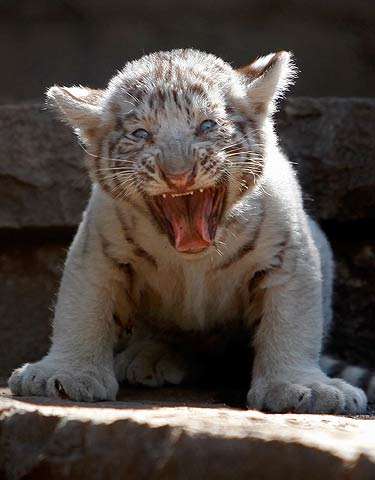 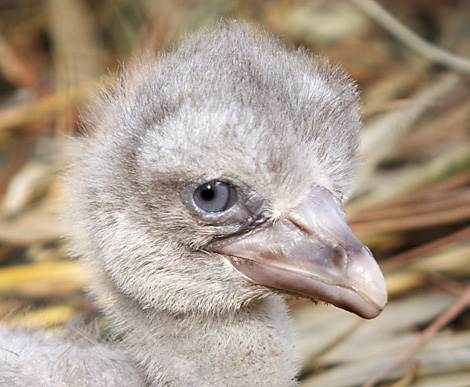 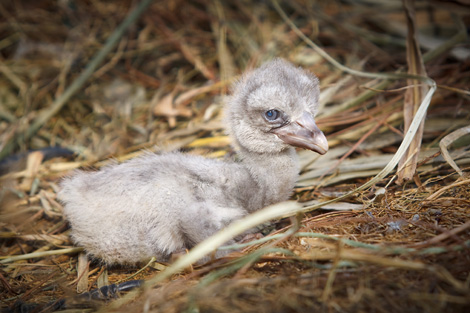 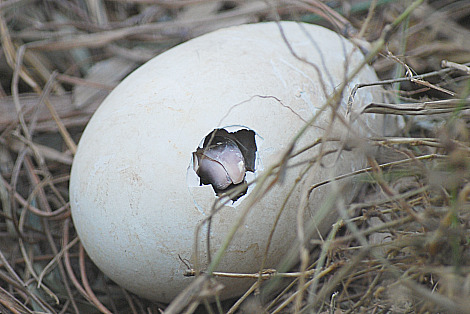 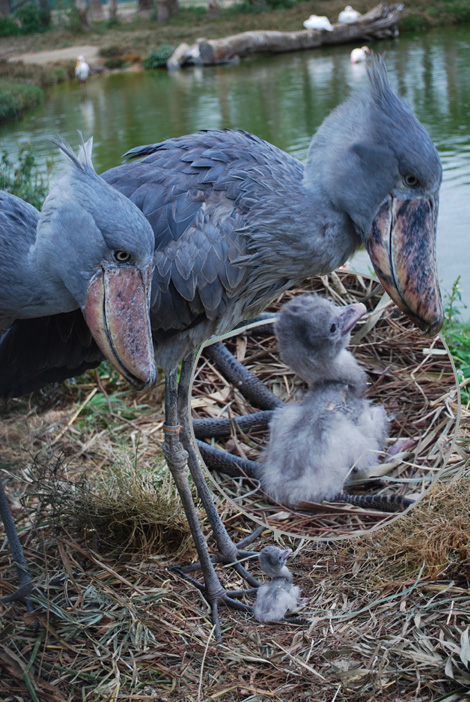 On November 25th, Sweden's Kolmarden Zoo welcomed a baby White Rhino to its fold. The female calf weighed in at 154 pounds but could grow to weigh a tremendous 5,525 pounds in adulthood. Dad Banyari and now three-time Mom Imfolozi are taking great care of the new arrival. Sadly, few White Rhinos are left in the world, due in part to a belief that their horns can cure disease. 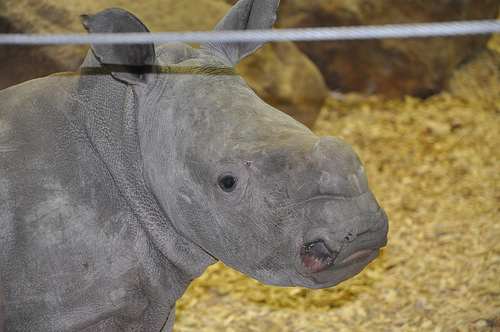 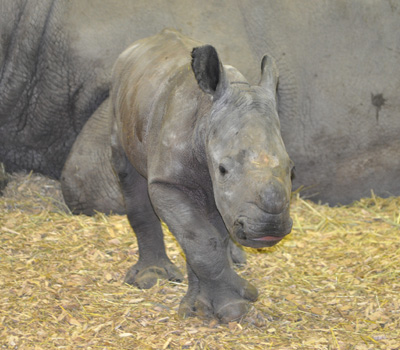 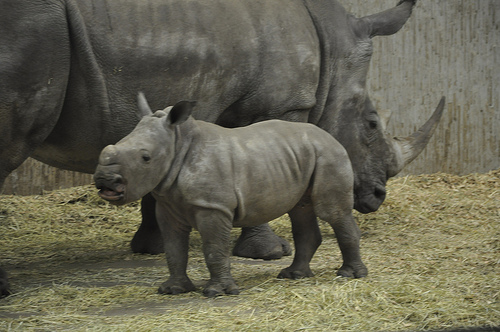 Now 6 months old, baby Saloma has proven to be a big attraction at the Singapore Zoo. This little Bornean Orangutan female is very expressive and curious but sticks close to mom, Binti. 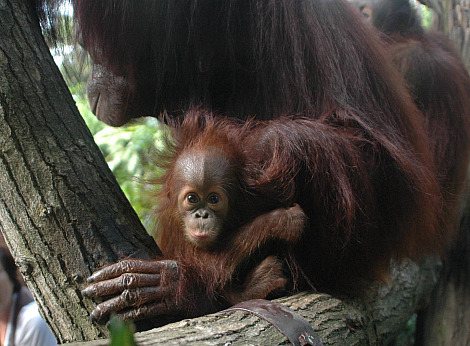 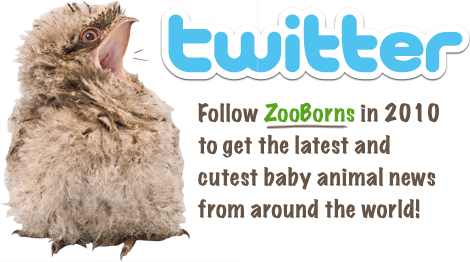 These photos, taken Sunday at the San Diego Zoo, show proud mother Orana and her young joey scouting their enclosure. The San Diego Zoo's koalas are offered fresh branches from several kinds of eucalyptus trees each day. These picky eaters can then select their favorite varieties. Koalas eat 1 to 1.5 pounds (454 to 680 grams) of leaves each day. Eucalyptus leaves are poisonous to most animals, but koalas have special bacteria in their stomachs that break down the toxic oils. 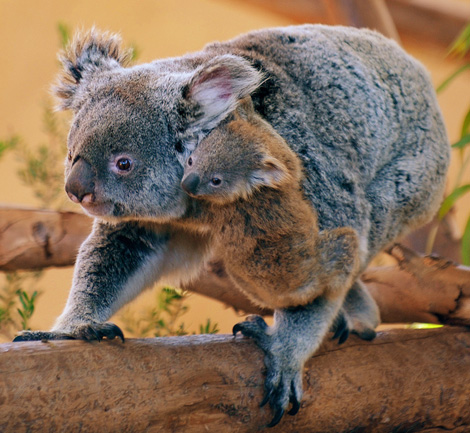 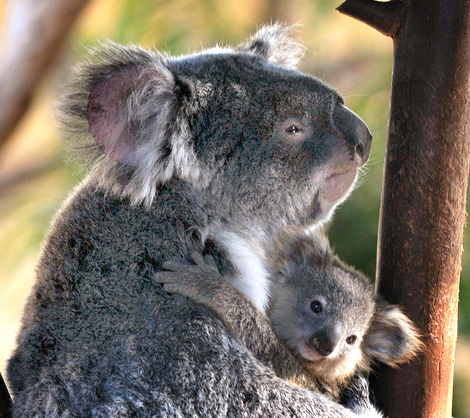 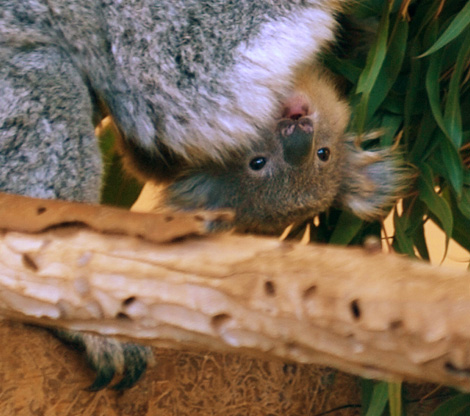 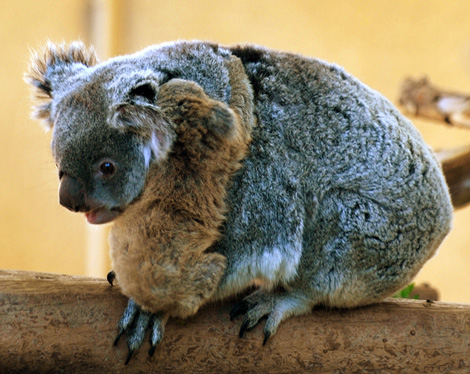 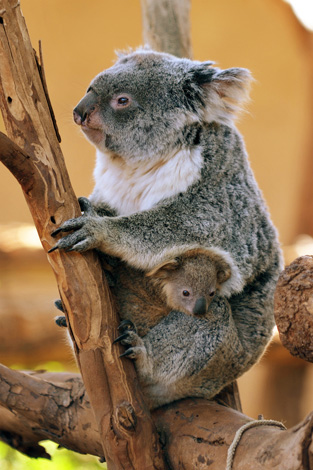