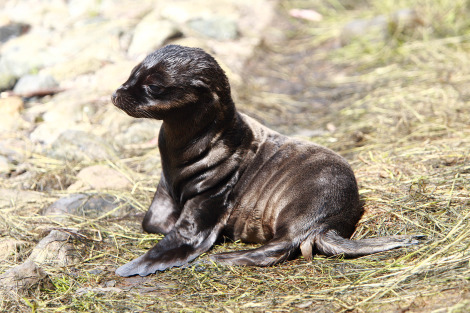 Pretty sure this conversation consists of a low pitched "arf", followed by a high pitched, "arf-arf-arf" 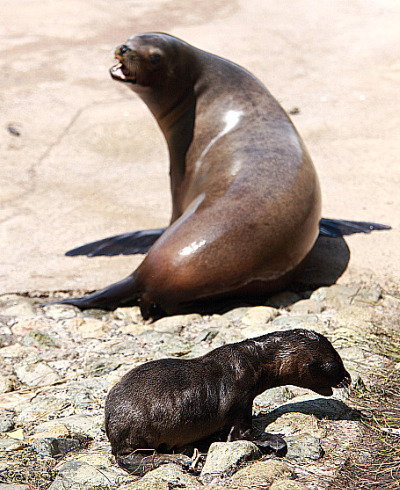 Three sea lion pups have been born at the zoo within 1 week of each other. Stella Holly and Ariel are proud mums to three healthy pups. Their arrival brings the total number of Californian sea lions in the zoo to 14.
Proud Dad, Wesley, is 19 years old and was brought to Belfast in February 2007 from Woburn Safari Park, England. The mothers have been pregnant for around 12 months and give birth to a single pup throughout May or June. They are ready to mate again about 28 days after giving birth.
The zoo has a successful record in breeding Californian sea lions.  Last year, Cinnamon, Liquorice and Fudge were born and will remain with the sea lion group until the autumn when they will move as part of an international zoo exchange to Xiangjiang Safari Park, the largest animal park in the Quangshou region of China. Snickers’ the sea lion, born in 2007, has also moved to Rotterdam Zoo as part of the European breeding programme.  Since 2005 the zoo has had 10 sea lion births.
Andrew Hope, Curator said: “We are delighted to have three new pups in the zoo.  We take part in the European breeding programme that allows us to support the species and to ensure their future. Sea lions are a highly social and intelligent species and are well adapted to a semi-aquatic life-style. They can use their front flippers and are particularly agile on land as they can to control their back flippers as well.”
All Californian sea lions in European Zoos are managed as part of a co-operative European Studbook Programme (ESB). Their main threat in the wild is from fishermen who regard them as a competitor for fish stocks. They are hunted for their skins and blubber and water pollution is increasingly becoming a threat to their habitats. They are classified as Least Concern (LC) on the IUCN Red List.

Pretty sure this conversation consists of a low pitched "arf", followed by a high pitched, "arf-arf-arf"