On April 16, Connecticut's Beardsley Zoo welcomed eight little Guinea Hog piglets. Although Guinea Hogs are rare today, they were once a common domesticated hog throughout the Southeastern United States. 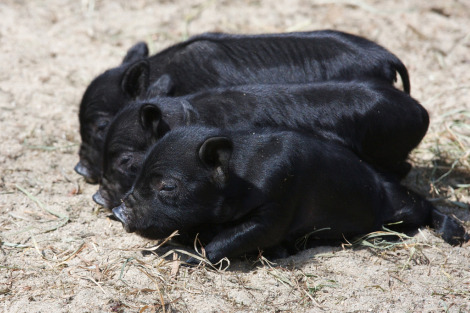 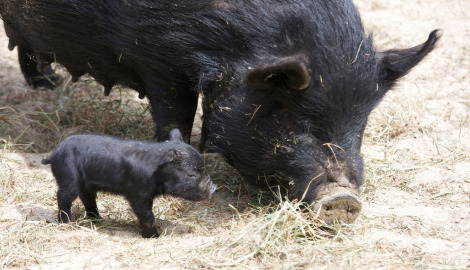 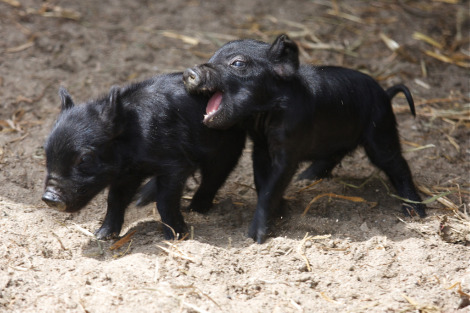 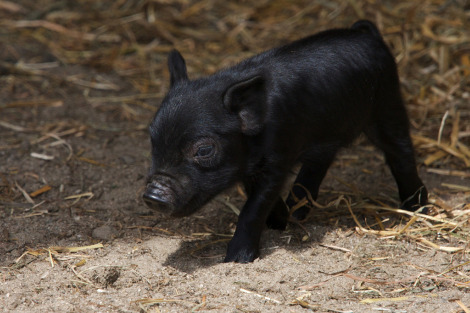 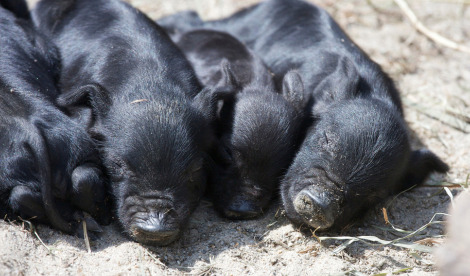 BRIDGEPORT, Conn. - April 22, 2009 - Connecticut's Beardsley Zoo, the state's only Zoo, welcomed the birth of eight Guinea Hog piglets on April 16, 2009.  Mom and dad are two Guinea Hogs currently on exhibit at the Zoo - named Olivia and Hamton J. Pig.  Visitors are invited to come to the Zoo to meet the eight new additions to the Zoo's family.

"Unlike the original "Octomom," our Olivia looks nothing like Angelina Jolie," joked Zoo director, Gregg Dancho.  "Mom and her entire litter are healthy and doing well."

The piglets range in weight from just under one pound to two pounds.  When fully grown, Guinea Hogs may reach 100 to 300 pounds.  They also are known as Pineywoods Guinea, Acorn eater, Guinea Forest hog, and Yard pig.  According to the American Livestock Breeds Conservancy (ALBC), the hogs were once the most numerous pig breed found on farms in the Southeast but today there are fewer than 200.  Guinea hogs are classified as critical (versus endangered) by ALBC and are unique to the United States.

The Zoo exhibits the guinea hogs in the New England Farmyard.  The Zoo's one male and two female guinea hogs came from Sedgwick County Zoo in Wichita and Virginia Zoo (respectively).  The other female, Jodie, also is expecting.

Connecticut's Own Octomom-pig
On April 16, Connecticut's Beardsley Zoo welcomed eight little Guinea Hog piglets. Although Guinea Hogs are rare today, they were once a common domesticated hog throughout the Southeastern United States.