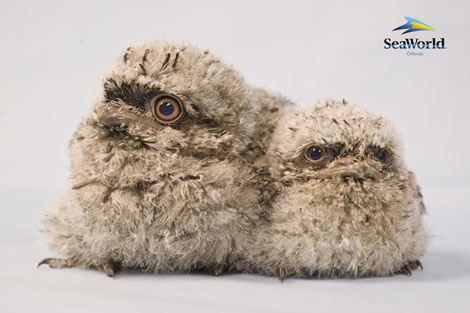 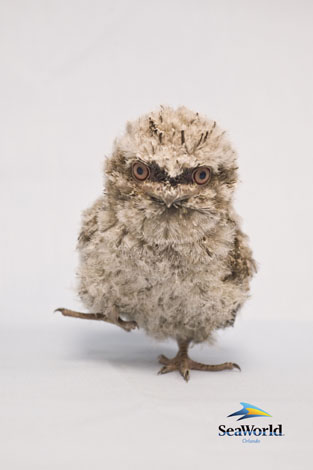 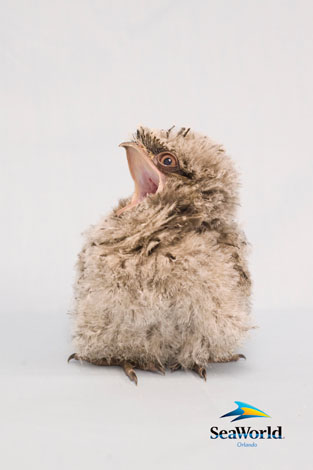 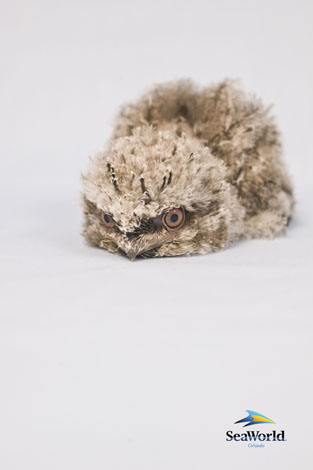 ORLANDO, FL (FEB 18, 2009) -- BIRDS OF A FEATHER GROW UP TOGETHER -- Already showing the large, frog-like mouths that give the species its name, Hoover (L) and Sawyer (R) are tawny frogmouth chicks that were hatched at SeaWorld Orlando last month.  Until recently, the population of tawny frogmouths in North American zoos was facing extinction and breeding programs were largely unsuccessful.  SeaWorld worked with the Association of Zoos and Aquariums to develop a breeding program to help sustain the species' growth. And, the program is showing early success -- in less than a year, six chicks have been hatched and all are now thriving at the park.  Frogmouths are native to the forested savannas and open woodlands of Australia. When fully grown, the insect-eating birds will be between 9 and 21 inches tall.  To learn more about tawny frogmouths and other animals, explore SeaWorld.org. 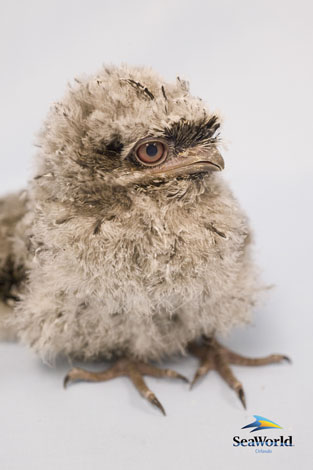 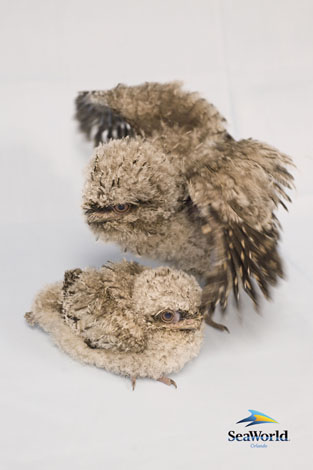