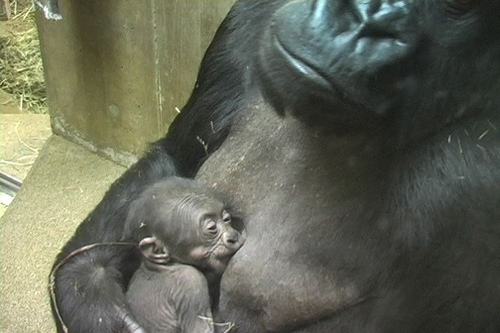 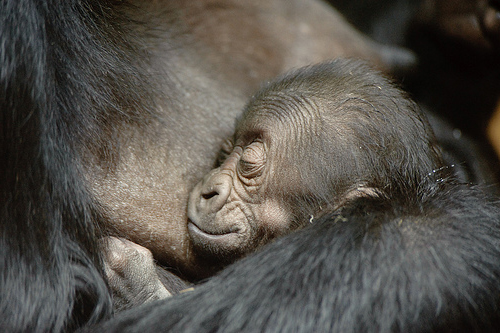 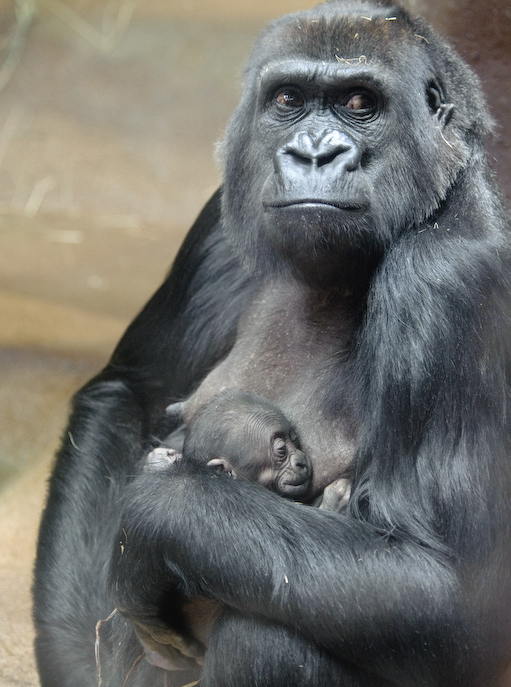 On January 10, a western lowland gorilla was born at the Zoo's Great Ape House to 26-year-old Mandara and 16-year-old Baraka. The newborn represents the seventh successful gorilla birth for the Zoo since 1991. Both mother and baby appear to be doing well.

The newborn joins siblings Kigali, Kwame and Kojo, as well as group member Haloko at the Great Ape House. All of the Zoo’s gorillas will remain on exhibit.

This newborn is the sixth offspring for Mandara. The baby’s sex has not yet been determined. More photos and updates will be posted as they become available. A video is available below.

The gorilla birth is significant for the Zoo. Western lowland gorillas, which are native to tropical forests of West and Central Africa, are listed as critically endangered on the IUCN Red List of Threatened Species, primarily due to habitat loss and fragmentation and poaching. The Zoo participates in the Species Survival Plan for gorillas, in which North American zoos collaborate to encourage the development of a self-sustaining zoo gorilla population that is both genetically diverse and demographically stable, helping to ensure the survival of this endangered species.